And of course we like Star Wars right? With games like X-Wing Miniatures the Force Awakens core set, Star Wars Timeline, Star Wars episode I-III Timeline, or perhaps epic Star Wars fleet battles are more your thing with Star Wars Armada, or roleplaying ground combat such as Star Wars Imperial Assualt.  There is certainly a Star Wars game to cover all kinds of gaming needs, and this just adds another feather into the cap of Star Wars and Dobble, with some excellent cross appeal between Dobble players looking for new mini games and challenges, and Star Wars fans looking for something small, light, portable, fun, and friendly for all kinds of gamer.... 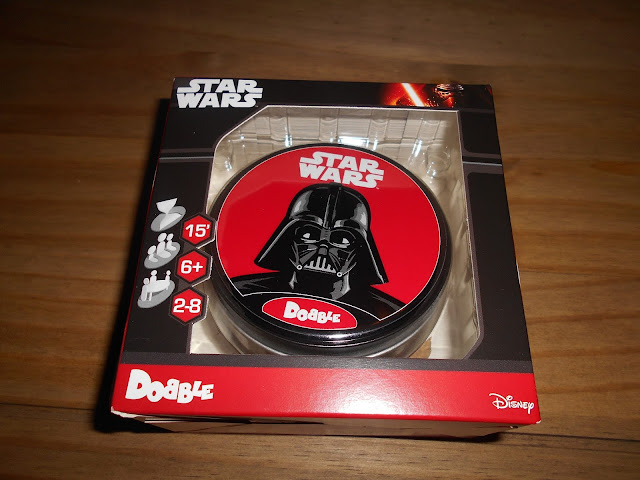 Suitable for ages 4 and up, and plays fast with 2-8 players, though of course you can always combine the clock from Dobble Chrono to play solo timed challenges too. 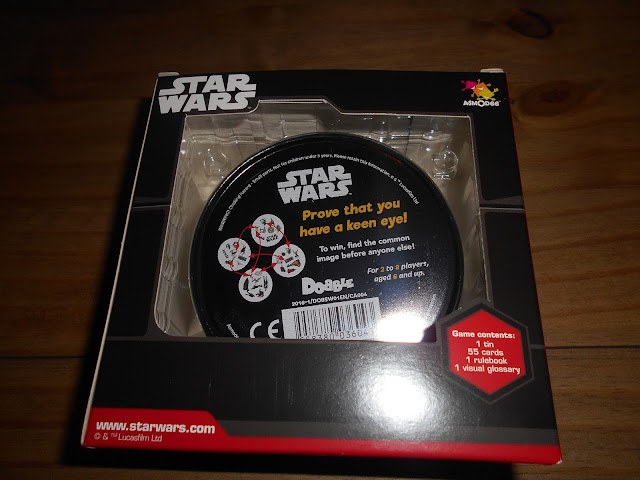 Presented in the standard Dobble style tin, it fits in nicely with he rest of your collection.

Lets take a quick peak inside! 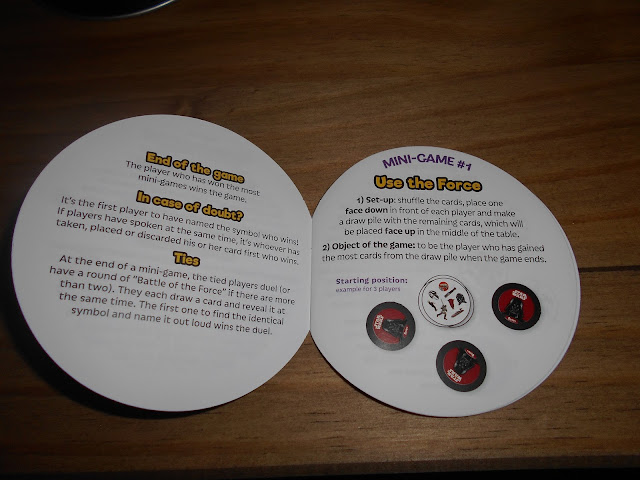 You get the same format Dobble rulebook you are familiar with, that is nice and simple to go through containing a number of Mini Games.  At its core Dobble is a symbol matching game, every single card will have one symbol that matches one other card on it, so there can never be a time you have a card that does not have one thing that matches, its very clever in fact that way.

You just call out the one matching symbol and claim the card, though different mini games will have you playing in different ways. 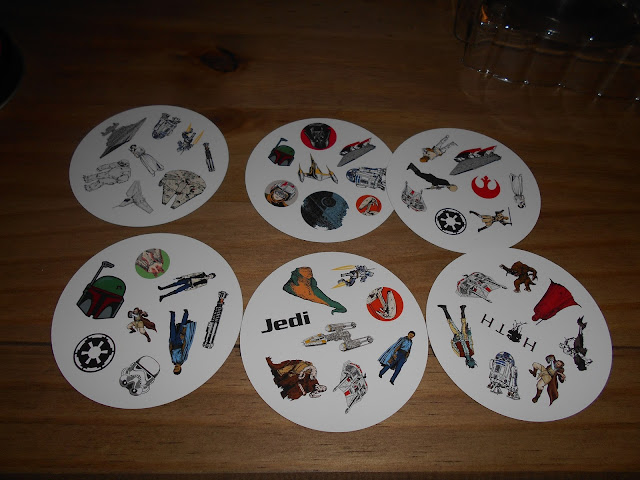 The symbols in this set are super cool, all based on characters and logos, and ships from the film series, like the Y wing, bobba fett, imperial guard, you need to know your Star Wars to get these, which of course means watching the films for research value is heavily encouraged 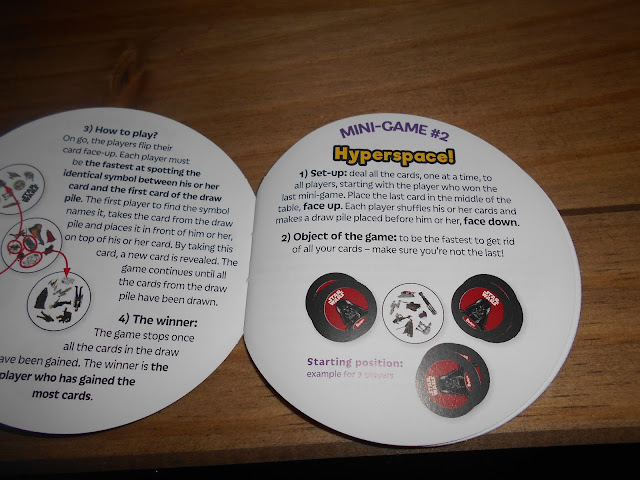 Themed mini games like Hyperspeed, or Bounty hunter, or even Asteroid Field all just give you different ways to play Dobble, and combined with the other mini games form the other sets should give you a huge amount of variety to play with.  they are all clearly explained in the rule book, and i do not want to spoil them for you! 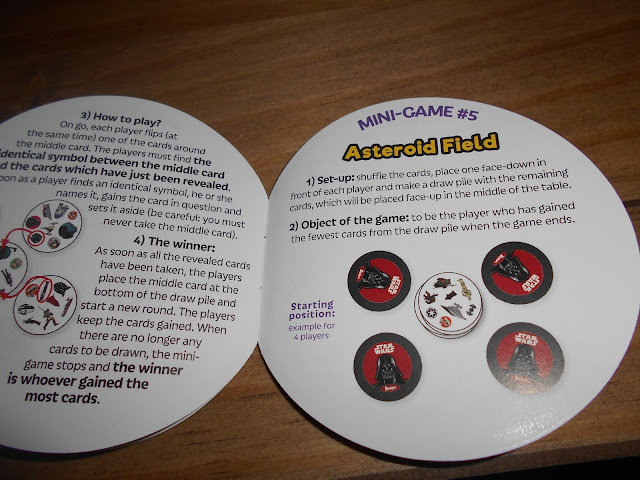 The art is great, the theme is great, i mean its STAR WARS!!! it plays great with any number of players from 1 upwards (1 if you are using the chrono timer) Its a worthy game to your collection, portable and be taken and played easily in work at lunch times, and is a good gateway game for people who may not have tried other board games before.

With an RRP of £12.99 its the perfect addition to your Dobble collection, or the perfect wa to start one if you are a Star Wars fan.  Head over to Your local Game store and grab yourself a copy, and prove your mastery of the force!