I am a pretty big fan of Star Wars Armada, and I am sure like many others like to look for a good podcast to keep me up to date, hear different ideas, and keep me entertained.  Intensify forward Firepower does all of those things in spades for Star Wars Armada. 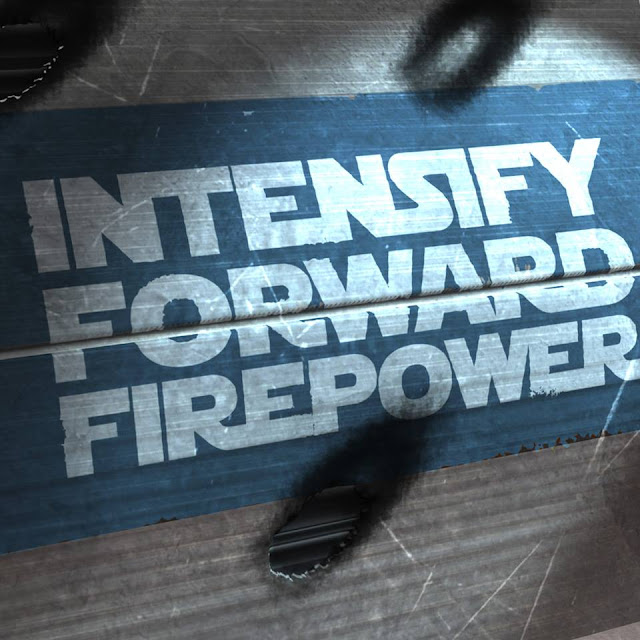 You may know Steven From WWPD, a network that hosts a series of podcasts on gaming in general, Flames of War, Bolt Action and more. 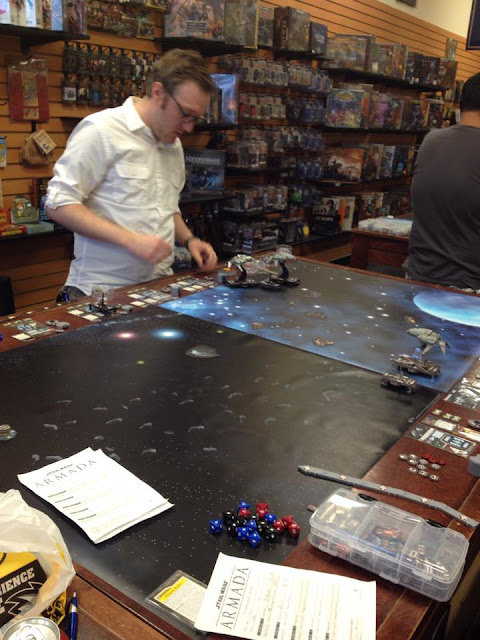 I was lucky enough to get a bit of Steven`s time for a few questions regarding Armada and the podcast........

1. Why did you start the podcast.

Because I can't resist new podcasts! We were all getting in teamspeak anyway, and decided to just record our conversations!
2. Where can we hear it?

http://iff.podbean.com
Intensify Forward Firepower on Facebook
IFFPodcast on Twitter
and on the www.wwpd.net website!
Also, my twitch streams at http://www.youtube.com/indierockclimber
3. What was it about Star Wars Armada that caught your eye?

Big ships blowing each other up, and a tight competetive rule-set.
4. Are you an Imperial fan, or Rebel Scum?

Come on, man, I'm even Steven! I love them both equally. Can't we all just get along?
5. How often can we hear you guys?

Sometimes more frequently, sometimes less- depends how busy we are!
6. How you did you get into gaming?

I was making wargames rules as soon as I could write. I used our PC to write up rule sets and used my plastic army men who all had different ranges and dice depending on their weapon. I thought I was on to something huge, then discovered it was a thing long before I was even born!
7. Do you think Kickstarter has effected  gaming in a positive way?

Absolutely. It connects producers to their consumers, let's people vote with their dollar, and allows smaller shops to get stuff out when they otherwise wouldn't have been able to. The danger is, of course, that there are many kickstarter horror stories. Invest wisely! I "fire and forget". I will back a project, totally forget about it, then get a nice shiny new box and it's like Christmas!
8. Top 3 tabletop/board games?

Armada is my #1. Guild Ball right now, but I gotta see if the new shine wears off and I still love it as much as I do right now. Star Wars Rebellion. But this is a hard question, cause it has to do with how I'm feeling!
9. Top 3 Video games?

I'm a recent convert to the "Souls" series. So in order: The Last of Us. Bloodborne. Dark Souls III.
10. Best Armada gaming moments?

Anytime I can kill a Demolisher before it wrecks my prize ship! Too many to remember, truthfully.... but I have the most fun when it comes right down to the wire with no clear winner until the end, for better or worse!
11. Worst Armada gaming moments?

Anytime Demolisher destroys my prize ship! Also games that go one-sided too quickly. I want to duke it out to the bitter end!
12. What games are you looking forward to trying?

The Dark Souls board game and Massive Darkness (speaking of Kickstarter!)
13. Have any games disappointed you?

Sure, loads. No point focusing on the negative though!
14. I heard you are a massive Boba Fett fan is this true?

Boba Fett? Where?! I'll take Boba Fett in his Firespray in my scum list quite often, so maybe my respect has grown a smidge.
15. Do you think special named characters add to the game or detract in Armada terms

If it were up to me, I would have nothing named... but that isn't healthy for the game I don't think. People want to have Darth Vader and Luke Skywalker. I just always prefer to make your own heroes on the field of battle. Darth Vader's story has already been told! I don't think it hurts the game by any means, I just get really into the narrative of games, and it's a bit immersion breaking I guess.
16. What would you like to see next in Armada ship wise?

Stuff from Rebels! Hammerhead Transports, Arquitens patrol cruisers, The Ghost... I'm loving that show!
17. If you could change anything about Armada what would it be?

I'd "zoom out" on the scale even more. Make the Corvettes the size of the ones in Rebellion. I want HUGE Armada sized games... but that would fundamentally change the nature of the game, so it would need streamlining elsewhere, and that's probably a revision too far. It's such a great game as is.
18. If someone is looking to get into Armada what would you advise as their first go to purchases?

Core set (duh) then 1 of everything. That lets you try all the toys and figure out what appeals to you! As more waves get introduced that price tag starts to look a bit ugly, so I'd go core set and then pick ships that look fun. From there you can build up your collection as needed! 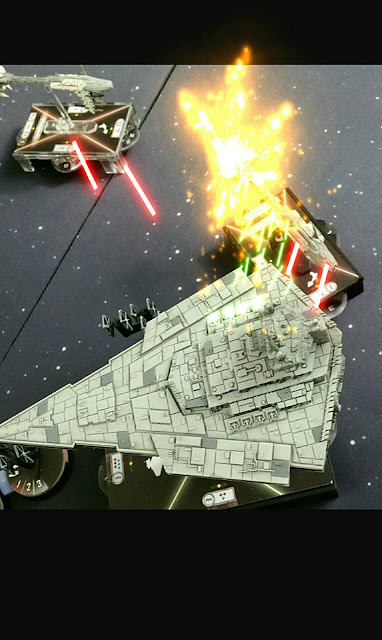 If you head over to the Intensify Forward firepower page on Facebook, you can find all sorts of goodies, and chat, and the battle reports full of images like the above...... stunning!

The podcast is fun, informative, and full of new ideas to try out, so its great if you are already established playing, or just getting into the game jump in with Intensify Forward Firepower.