The Saber-class of Federation starship was first introduced in the late 24th century, and was in full service by 2373. The ship featured a design more compact than other Starfleet vessels, and was fairly well armed despite its small size; the class has featured prominently in the Battle of Sector 001 against the Borg and in the Dominion War. 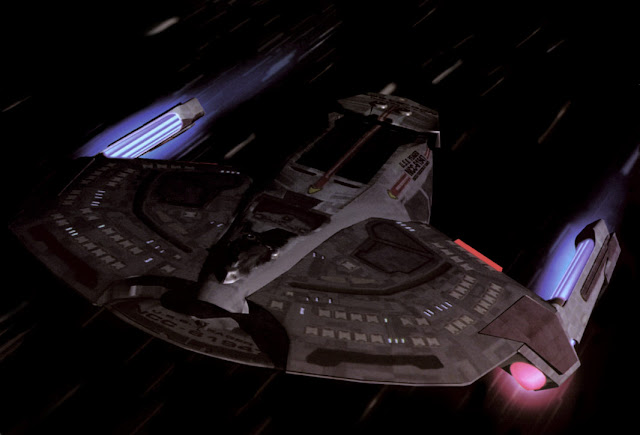 The Yeager is another ship form the events, not a retail one, so it does not have a mission with it, but as you will see it has plenty of good cards with it!..... 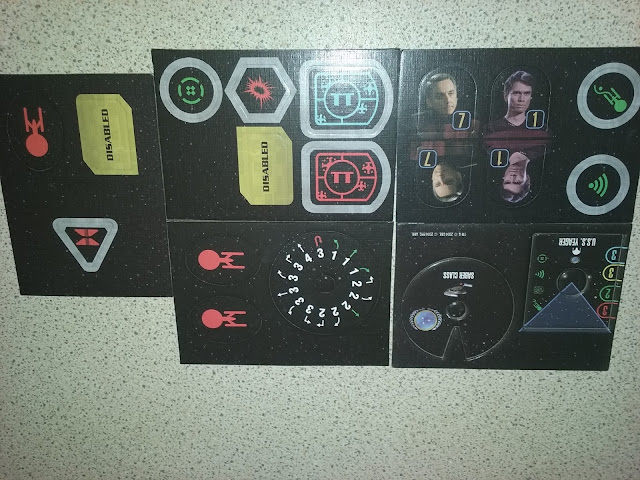 Like all the ships, a nice slab of card tokens. 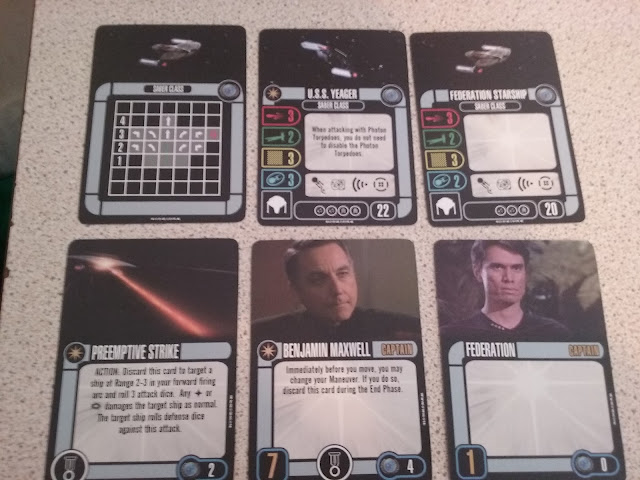 The Saber class is highly manoeuvrable and has a come about which is a rare thing for a Federation ship.  The Yeager has a passive ability that allows it to fire torpedoes without disabling them which increases its firepower levels.  We get a generic captain, and Ben Maxwell.  His ability is you can change your manoeuvre before you move but it at the cost of discarding him.  I am not sure I would use it often as it comes at a high price, losing your captain! but it may save you once in a while.  You get a generic one as well.  The talent is Premptive strike, which is an action and discard to attack a ship with 3 dice in the action phase, and the enemy does not get any defensive dice.  Very handy talent. 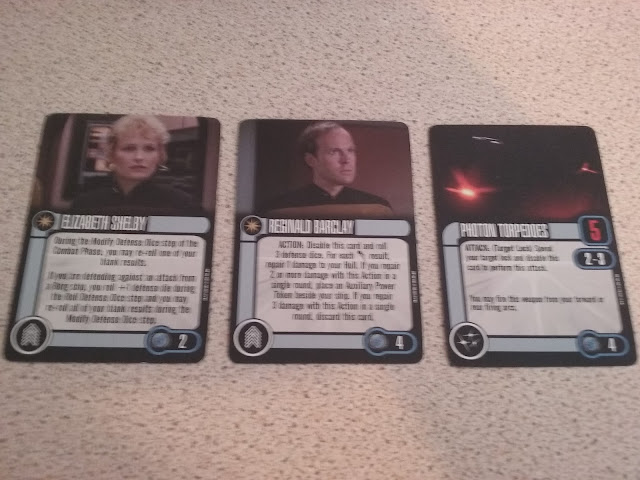 The ship comes with 2 crew, Elizabeth Shelby who lets you re-roll one of your defence dice, and increases your defence by 1 against borg.  Barclay is a disable to roll defence dice.  for each evasive you roll repair one hull point.  If you ever repair 3 in one roll then you have to discard him.  The last upgrade is Torpedoes which go well with this ships ability. 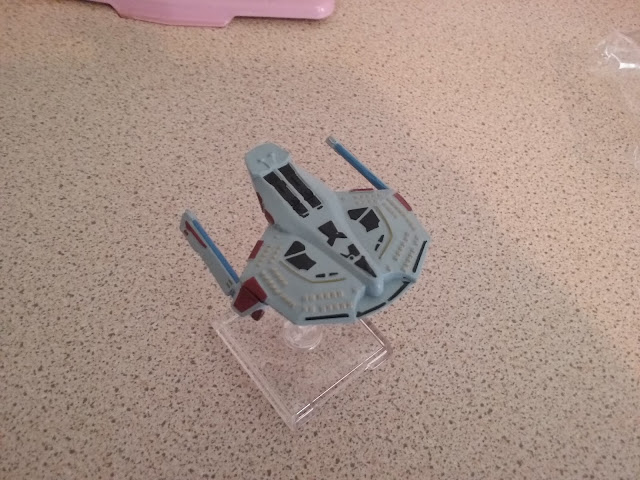 The ship itself is a great looking model, just needs some paint love. 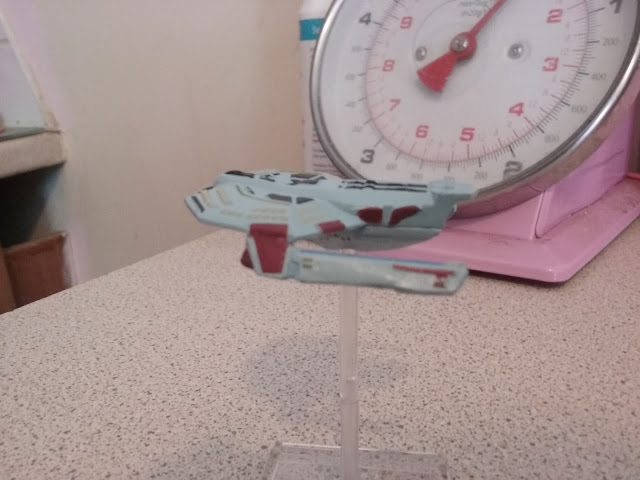 As always, a wash would do wonders. 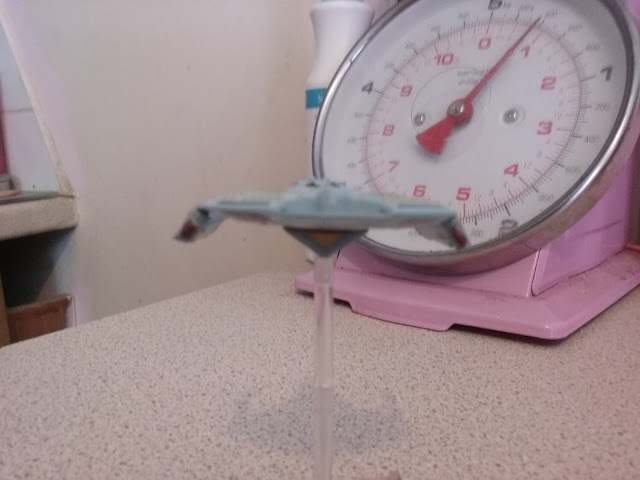 A good addition to the federation fleet, its a small cheap ship that adds more options in lower point games where the big ships are too point heavy.
Labels: Attack Wing Star Trek unboxing