The IKS Koraga was a Klingon Bird-of-Prey that was in service with the Klingon Defence Force in the late 24th century.
In 2375, the Koraga, under the command of Lieutenant Commander Worf, and the IKS Rotarran were ambushed by a Jem'Hadar patrol near the Badlands. The Koraga was destroyed, although six starboard escape pods were recovered by the Rotarran. The USS Defiant searched the area for an additional three days, until it was forced to retreat by Dominion forces. Worf's pod, launched from the port side, had been swept into the Badlands and was only found much later

The Koraga is a nice addition to the Klingon fleet, and who doesn't love a Bird of prey, so lets look at the pack. 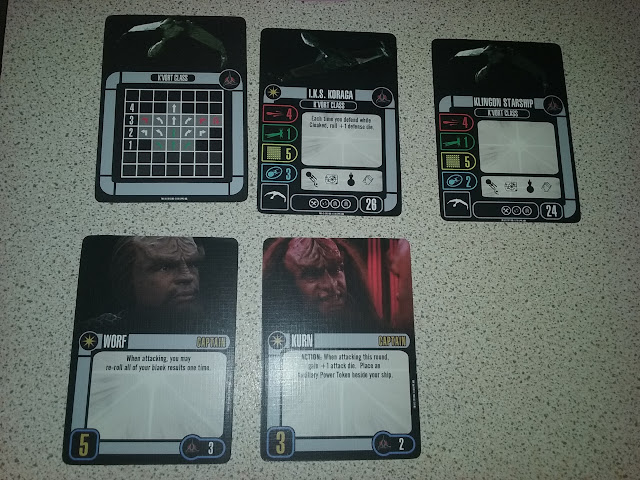 The Koraga is a K'Vort class bird of prey, so is fairly nimble with a comeabout as well.  The ship has good firepower, low agility, high hull and average shields.  The named ships ability allows you to roll an extra defence dice when cloaked giving her a bit more survivability.  For captains we have Worf, who is a skill 5 and allows you to reroll blanks when you attack.  Very useful.  Kurn is the other captain who is a skill 3, and for an action gives an extra attack dice at the cost of an auxiliary power token. 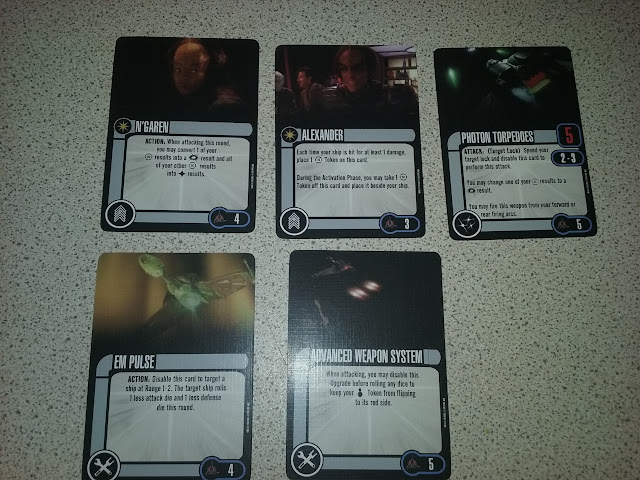 For crew we have N'Garen, for an action she allows you to convert a battlestations into a crit and all others into hits.  Alexander allows you to place a battlestations token on him when the ship takes damage.  During the activation phase you can place it on the ship to use.  Its very handy to use.  For weapons we have photon torpedoes.  In the tech we have EM pulse, which for action causes ships to roll one less attack and 1 less defence dice.  Advanced Weapon system is the other tech option.  You can disable this card to stay cloaked when attacking. 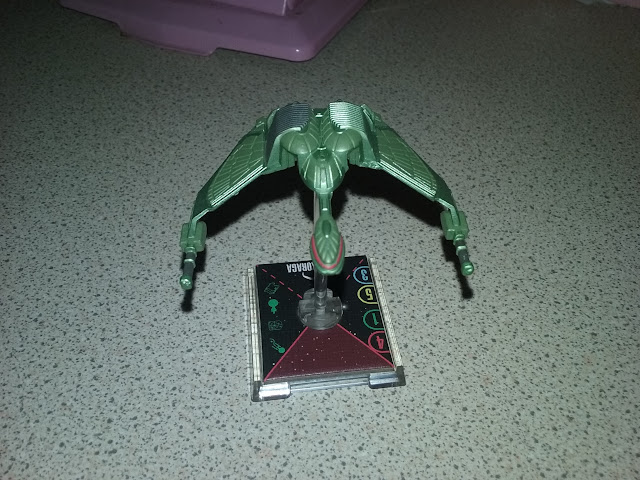 Its a great looking ship, that as always could do with a wash 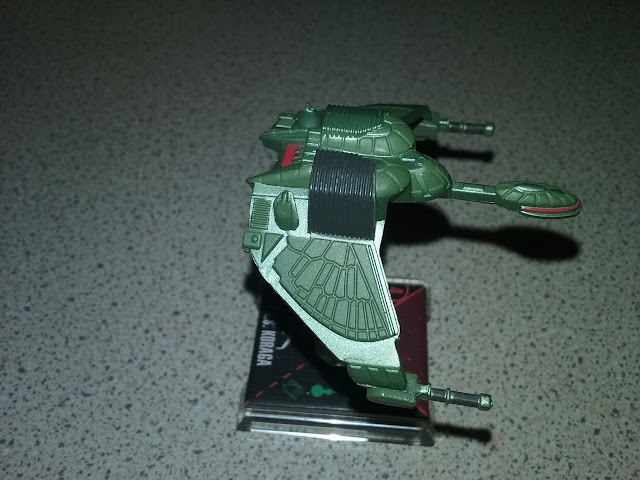 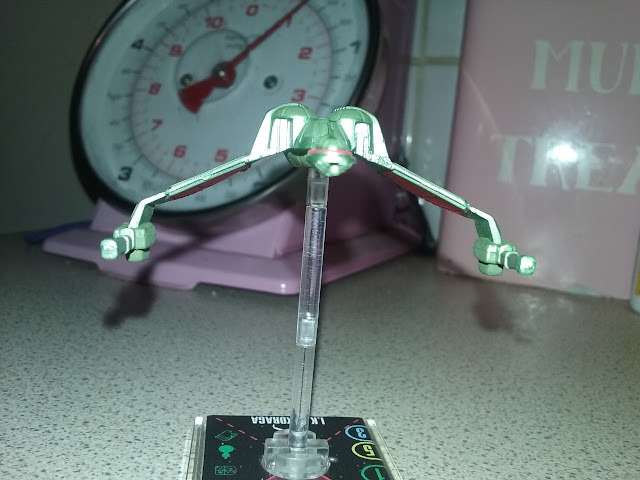