The Jem'Hadar or Dominion battleship was a type of warship introduced in the Alpha Quadrant midway through the Dominion War, in 2374.
On stardate 51825, the Federation starship USS Valiant conducted a mission to collect technical data on a new battleship operating in their sector. After spending three hours collecting data on the vessel, they determined that it was a direct threat to every Federation outpost and colony within fifty light years and that it had to be destroyed. Believing they found a weakness in the design of the ship, they engaged the Jem'Hadar vessel and were subsequently destroyed with relative ease by the battleship leaving only Jake Sisko, Nog, and a Red Squad cadet, Dorian Collins left to escape.
A Jem'Hadar battleship was used to destroy a Cardassian Rebellion base in late 2375. 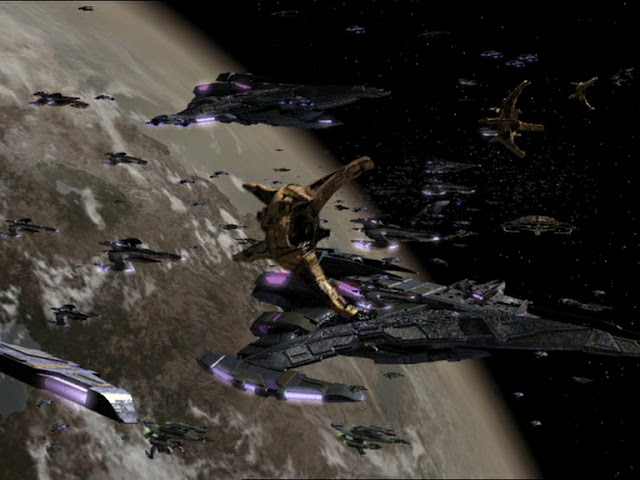 Several of these ships participated in the Battle of Cardassia. Afterward, they and the other Dominion forces retreated to the orbit of Cardassia Prime to join the defense of that planet.
Initial observations of the vessel, conducted by the Valiant using sensor probes, indicated that the battleship was twice the size of a Galaxy-class starship and three times as powerful.
The crew of the USS Valiant determined that the primary support braces for the antimatter storage system of the battleship were constructed from viterium, prone to destabilization when exposed to delta radiation. The Valiant crew attempted to exploit this possible design flaw using modified torpedoes, but discovered that the ship was not as susceptible as they thought

Its a beast of a ship, but whats it like in game? lets see. 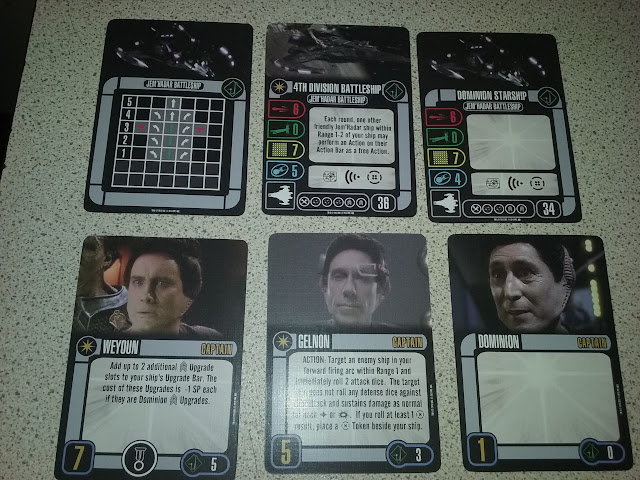 The ships fast, but doesn't turn well at at. She only has 3 sharp turns, so you need to plan ahead for your movement.  The names ship has high attack, no defence at all, high shields and high hull.  The names ships ability allows a friendly ship at range 1-2 to perform a free action, which is great.  You also get the usual Tokens, and generic captain and ship.  For names captain we have Weyoun, he's skill 7 and provides two extra crew and a discount on them.  Gelnon is the other captain. For an action he lets you target a ship at range one and roll 2 dice to try and do some more damage.  The enemy ship gets no defence dice.  If you roll a battlestations you get it as a free action. 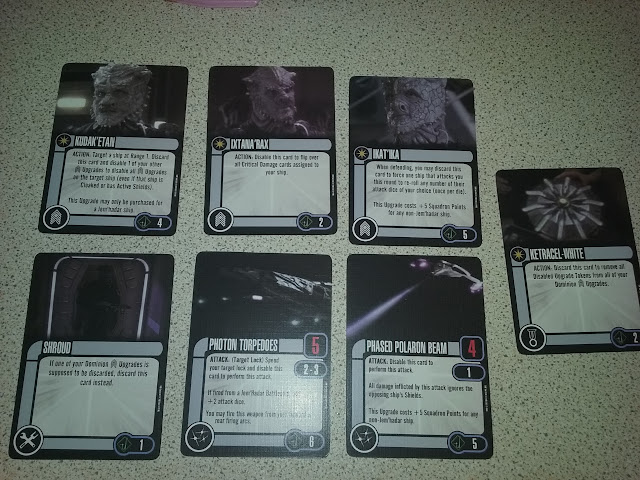 For crew we have Kudak'Etan, he allows you to target a ship at range one to disable enemy crew.  Ixtana'Rax allows you to discard him to flip over all critical hits, which is handy since a ship with this much hull is going to take a few of them.   Ikatcan be discarded whilst defending too force an enemy ship to reroll its attack dice.  Shroud can be discarded instead of one of your crew upgrades, which can be useful to get another use from them.  You get two weapons, photon torpedoes, which are at plus 2 attack if fired from a battleship making them 7 dice weapons. or the phased polaron beam which ignores enemies shields.  The last card we get is Ketracel white, hich removes all disabled tokens from your crew. 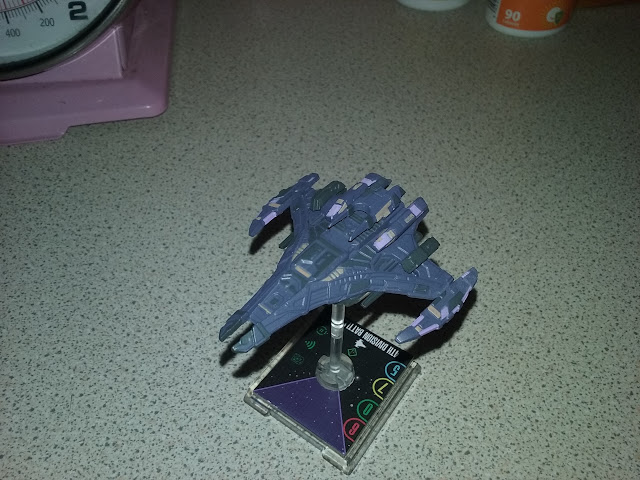 Its a large and aggressive looking model, very detailed, but as always needs a waash to bring out the best. 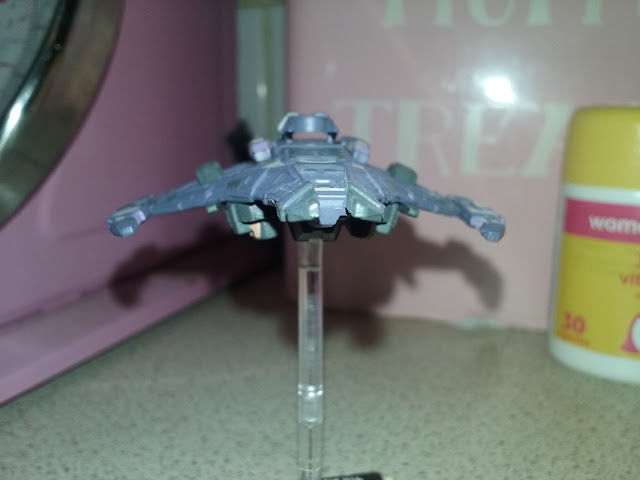 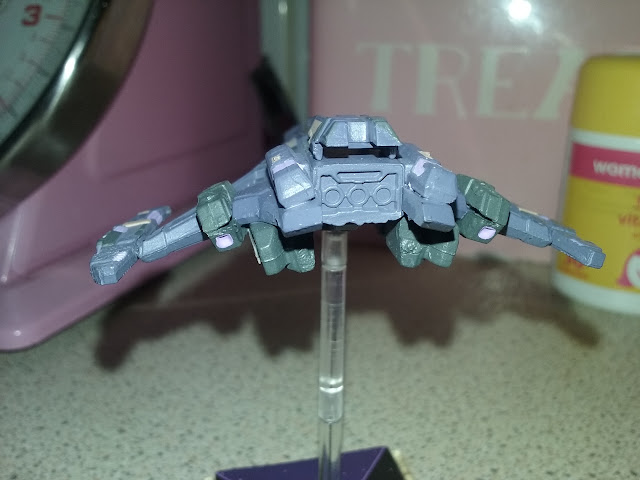 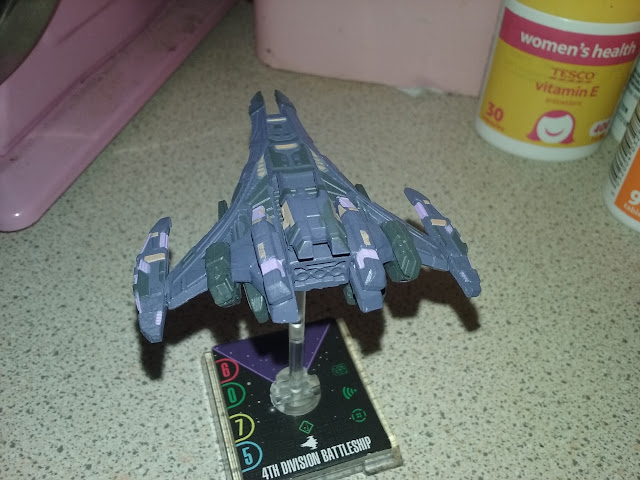 A very powerful addition to the Dominon fleet, able to take a beating, and give one out too!
Labels: Attack Wing Star Trek unboxing