Today we take a look at the Romulan bird of prey Vorta Vor, which was a blind booster ship from the tournament scene.  As you can see it comes sealed in a black box so you have no idea what is in it until you open it to build with for the tournament. 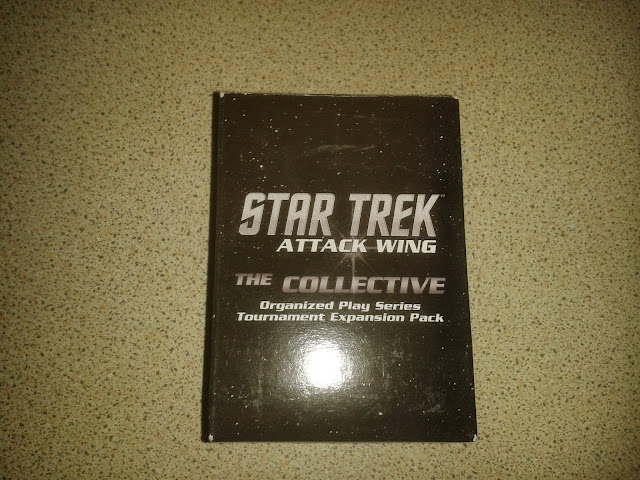 Gaining its name from the bold pattern of an alien bird's feathers painted on the ship's ventral hull, the Romulan Bird-of-Prey was the successor of a 22nd century counterpart of similar design.

The Federation Starfleet first encountered this vessel in 2266, when a single ship of this type crossed the Romulan Neutral Zone and attacked several border outposts, destroying them utterly. The USS Enterprise responded to the alert and engaged in a tense game of cat-and-mouse with the intruder for more than ten hours, before the Bird-of-Prey was destroyed. 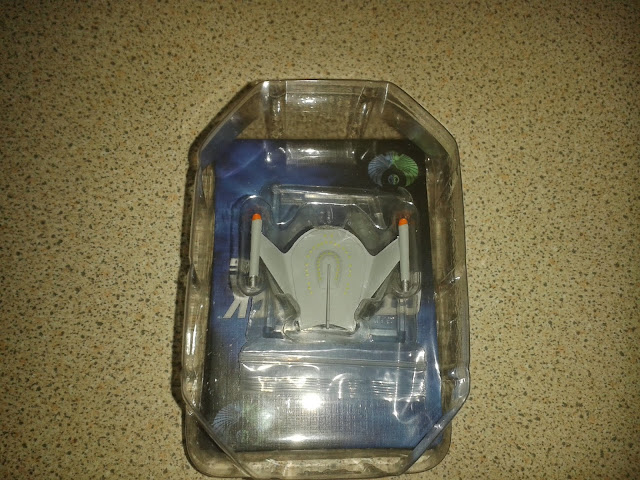 The Romulans later used larger numbers to patrol their border with the Federation in force. Typically during an incursion, one Bird-of-Prey will bring a starship out of warp with a plasma torpedo to allow the ships in its battle group to attack the target en masse.

You get all the tokens that are needed for the need as always. 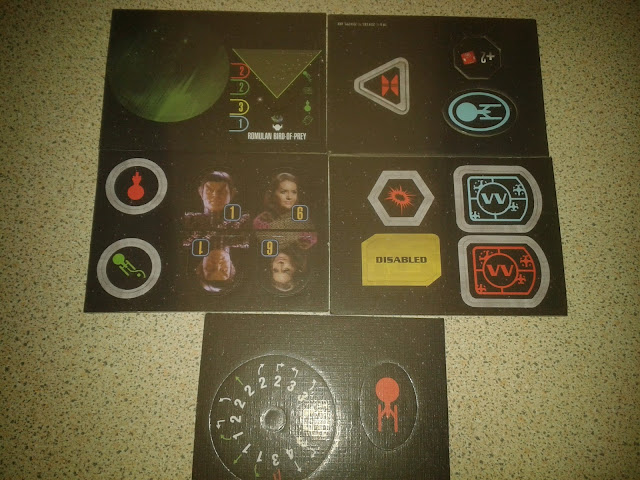 They come in a smaller format then the retail ship due to the size difference in the packaging. 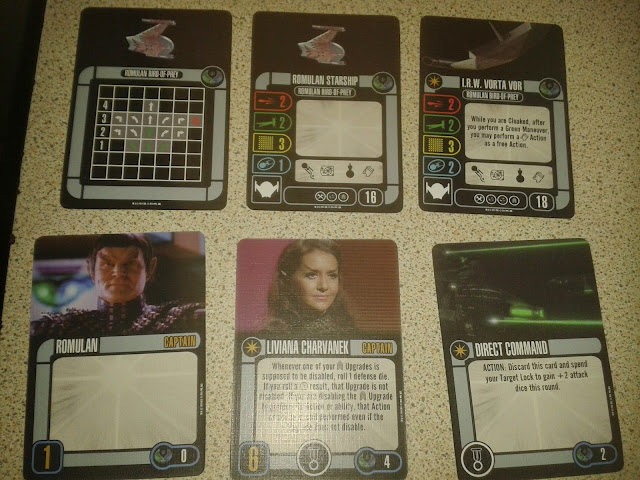 The ship itself is nimble as all Romulan ships are.  It comes with the generic ship, and the named Vorta Vor.  The Vors ability is if cloaked you can do a free sensor echo, making the ship able to position itself well.  We have the generic captain as always.  Our named captain is the lovely Liviana Charvanek, I have to admit when I was a youngling I had a massive crush on her on in the TOS, so pretty cool to have her here in game.  She is captain skill 6 so quite respectable, and her ability is if a crew is due to be disabled or discarded you roll a defence dice, and on a battle stations they remain undisabled and do not have to discard and you still get their action. nice and useful I think potentially.  For Elite talents we have direct command which costs your target lock and an actin for plus 2 attack dice. 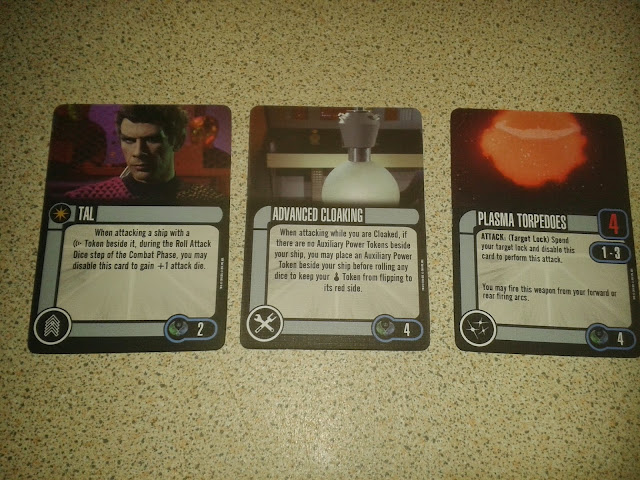 For upgrades you get the plasma torpedoes, crewman Tal which is handy for attacking enemies that have scanned, as you can disable him for aplus 1 attack dice. he works well with Livivanas ability.  Finally there is the advanced cloaking, which when attacking you can put an auxiliary power down to avoid losing your cloak, which again works well with the ship as you want to be doing green moves when possible to get the free sensor echo. 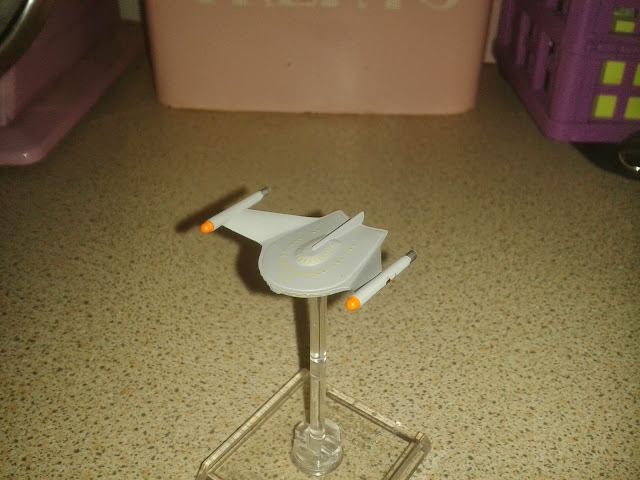 The ship is the same model as the other bird of prey. 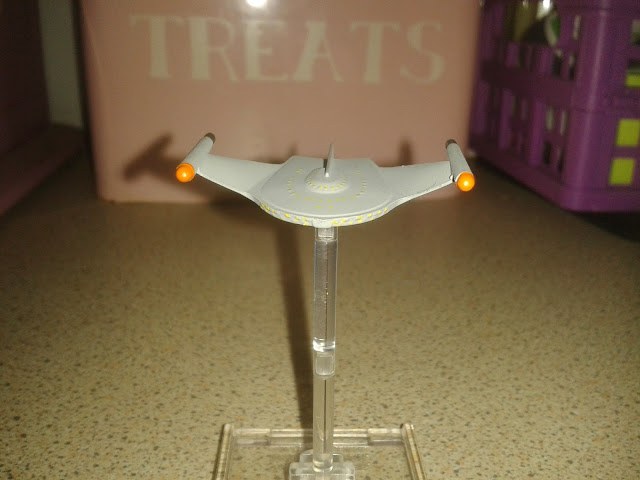 which is fine with me as it is a lovely model 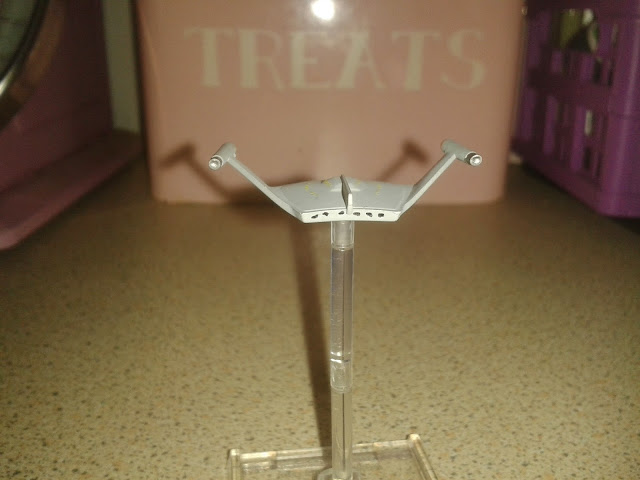 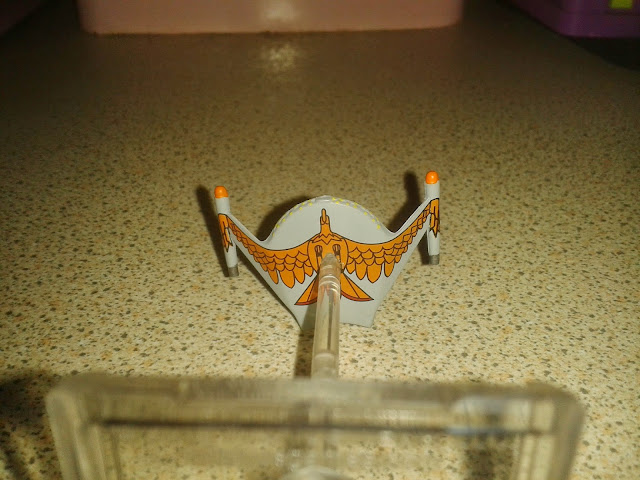