I had a thought the other day, how many tanks do I have for my Germans?
In all honesty I could not think, it has been so long since I have played I had to check so I went rummaging in my box to see.  I was surprised I had so many! so I thought I would show you guys.... 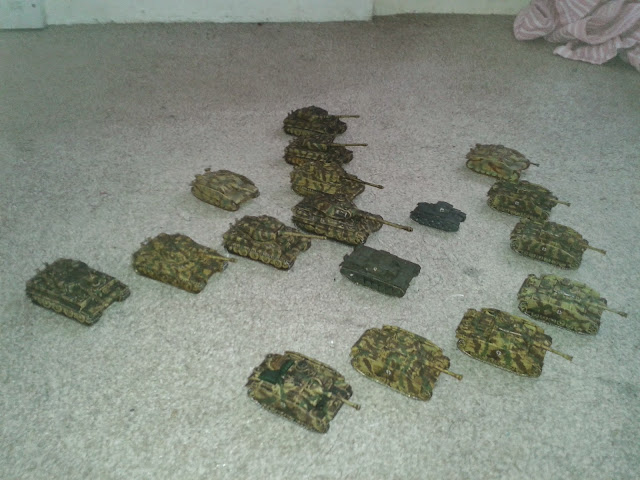 Heres the armoured force in all its gory! 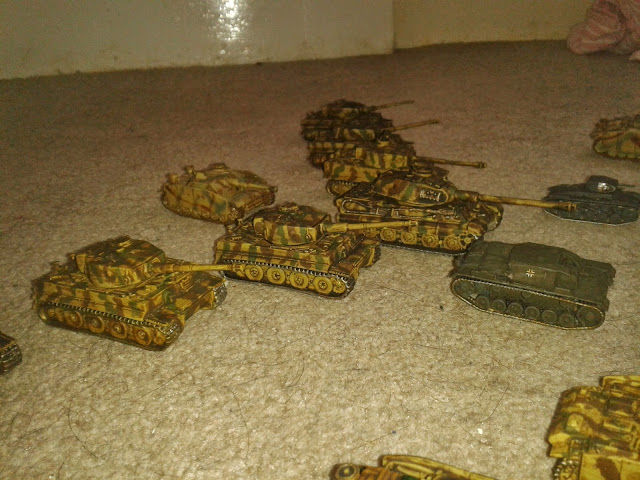 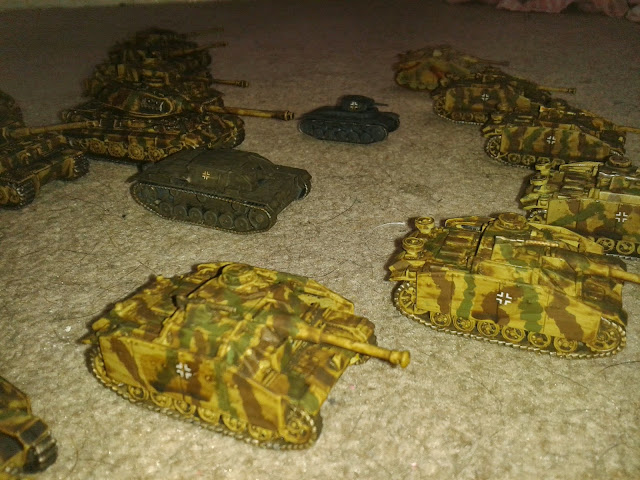 and 8 Stuggs, I have mentioned before how much I love them, but I did not realise how many I had! 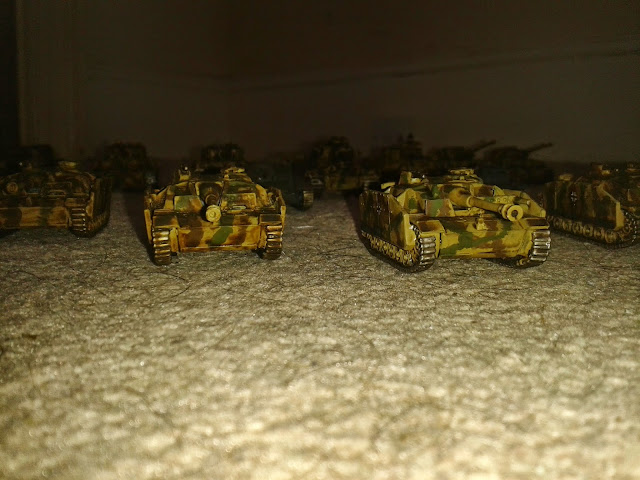 not a friendly site to stare down that much firepower! 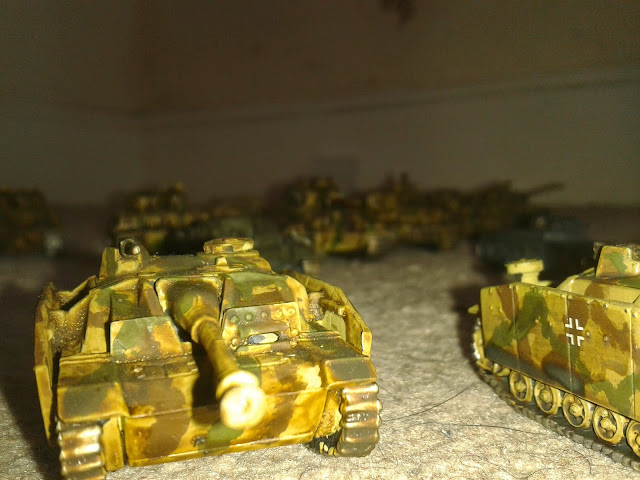 Now to get on with some infantry to give some support out to them.
Labels: 15mm Battlefront Flames of War germans tanks Zvezda