I love Bolt Action, and I need to play more, so I have finalised (well for now until I get more toys) my 1000pt list for my Germans, here I shall go through my thinking for it.

So leading them to battle is a Vet 2nd Lt with his adjutant. 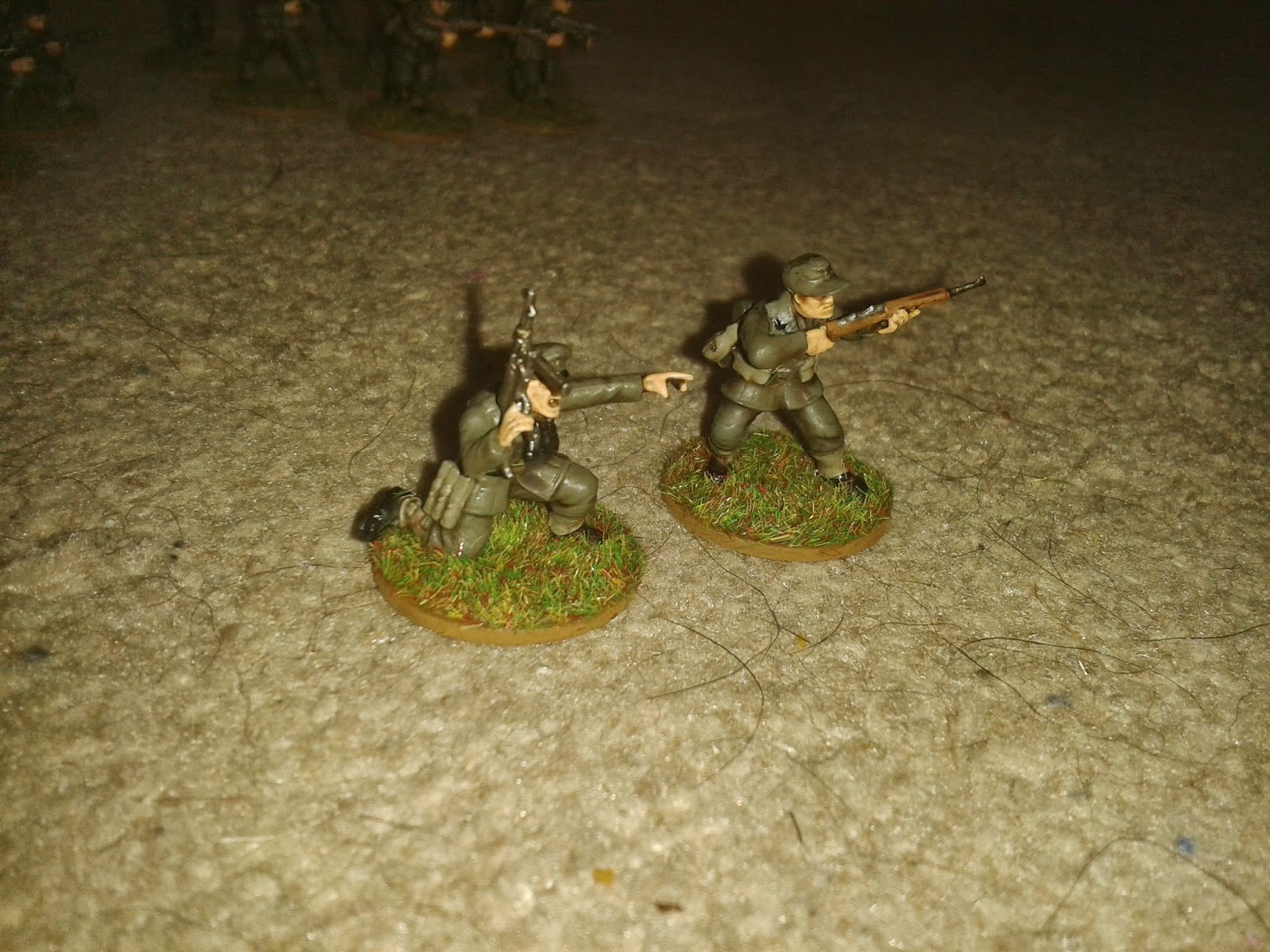 Next comes the meat of the force....

﻿
4 squads of Vets make the backbone of the force.  Each squad has an NCO with a SMG, one LMG in the squad and a panzerfaust to deal with armour. 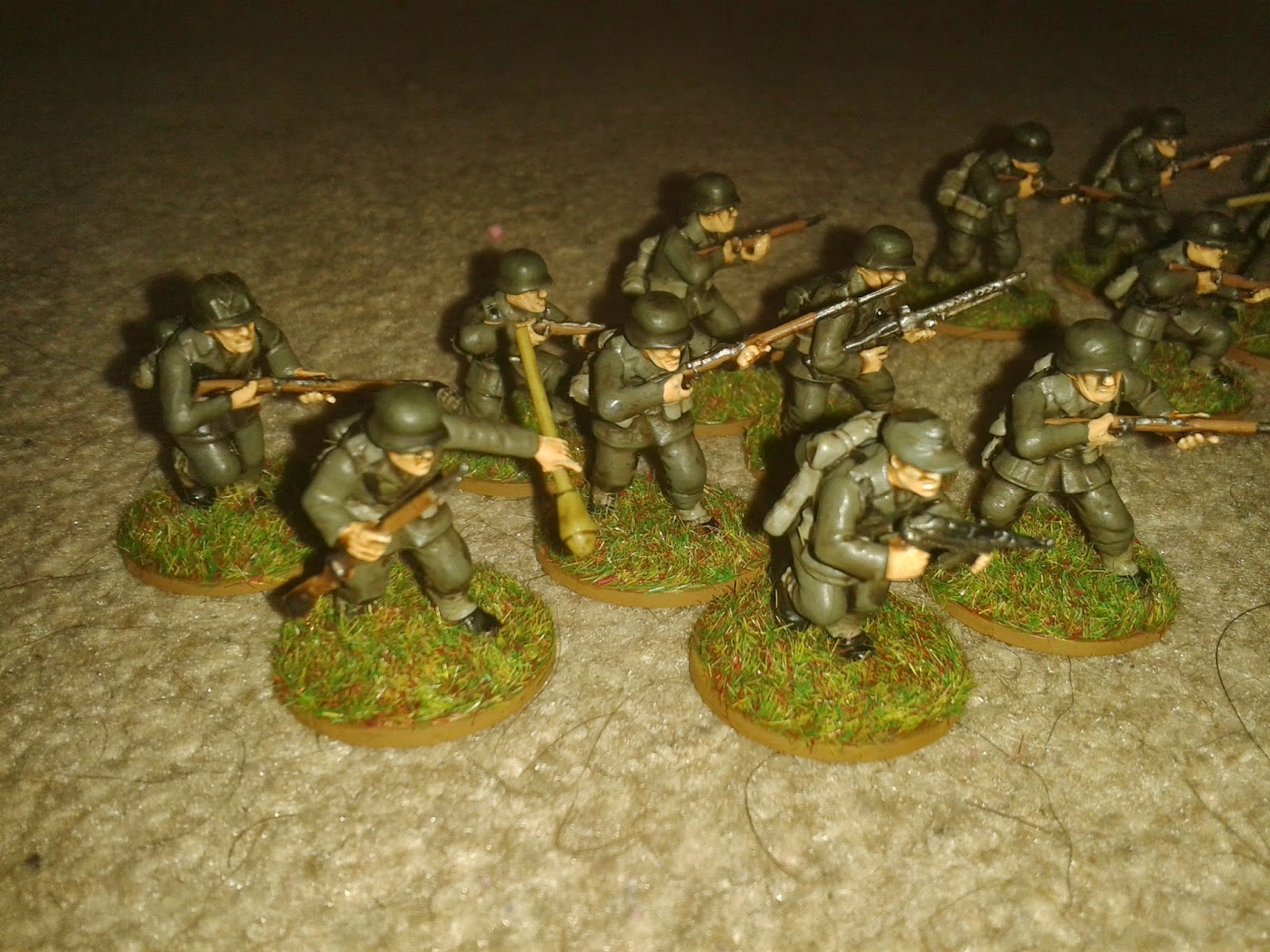 These guys can hold objectives, capture them, hide in cover, fight up close, they can do it all, and do it all with Vet survivability.
Next my mobile infantry, some Vet troops with a regular halftrack transport. Halftracks may be considered by some to be poor choices, but they look too cool!.  The five troops are all SMG wielding, designed to jump out of the track and lay a massive load of lead at pointblank range on the enemy or charge the SMG giving them 2 attacks in close combat. 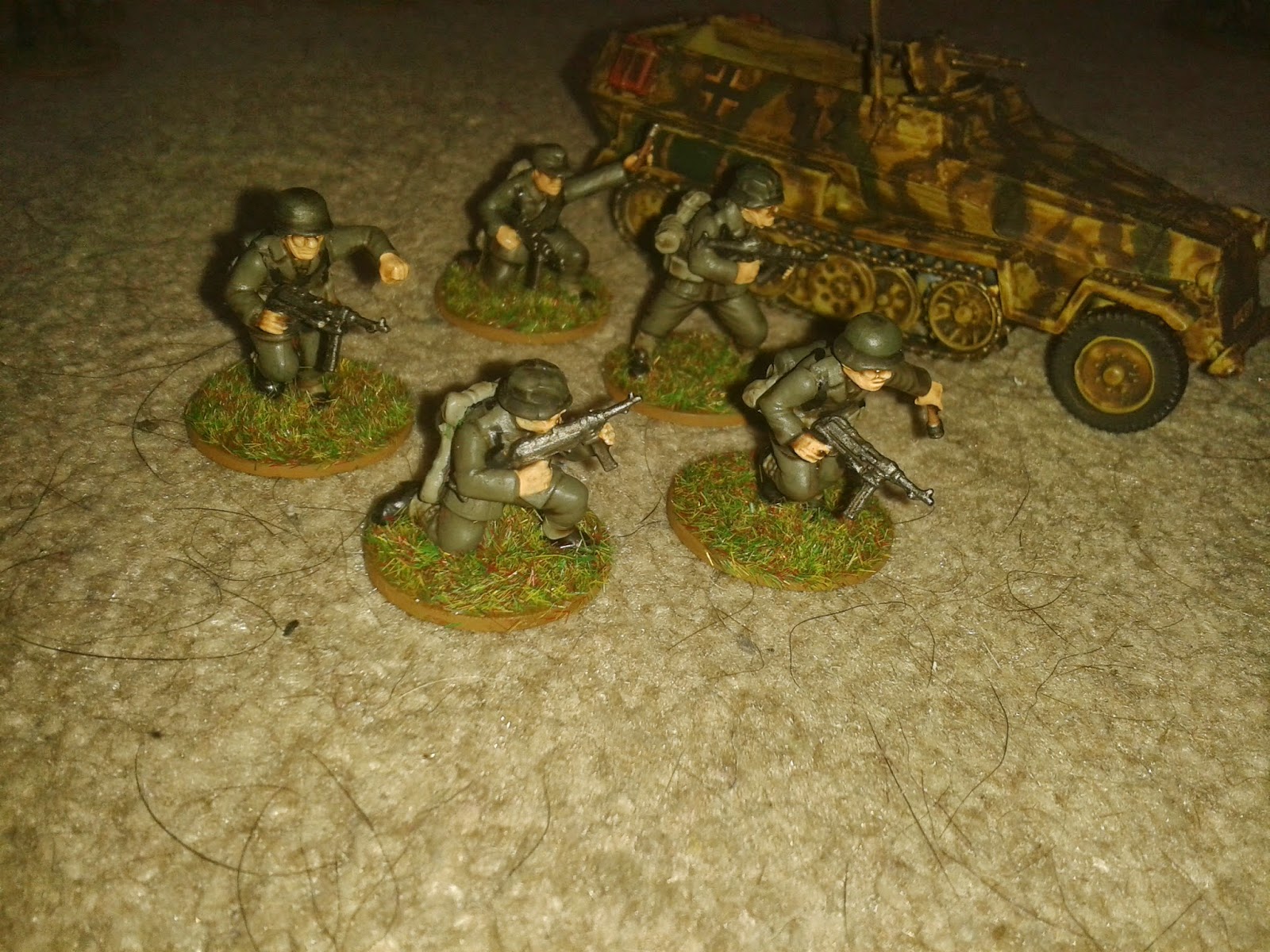 If they need to they can stay in the halftrack using its MMG to light things up until they are needed.
Another potential passenger (you are only limited by numbers not units in a transport so you can have multiple units so long as it does not exceed capacity) is the vet flame thrower team, able to cause all sorts of havoc they should work well with the assault force 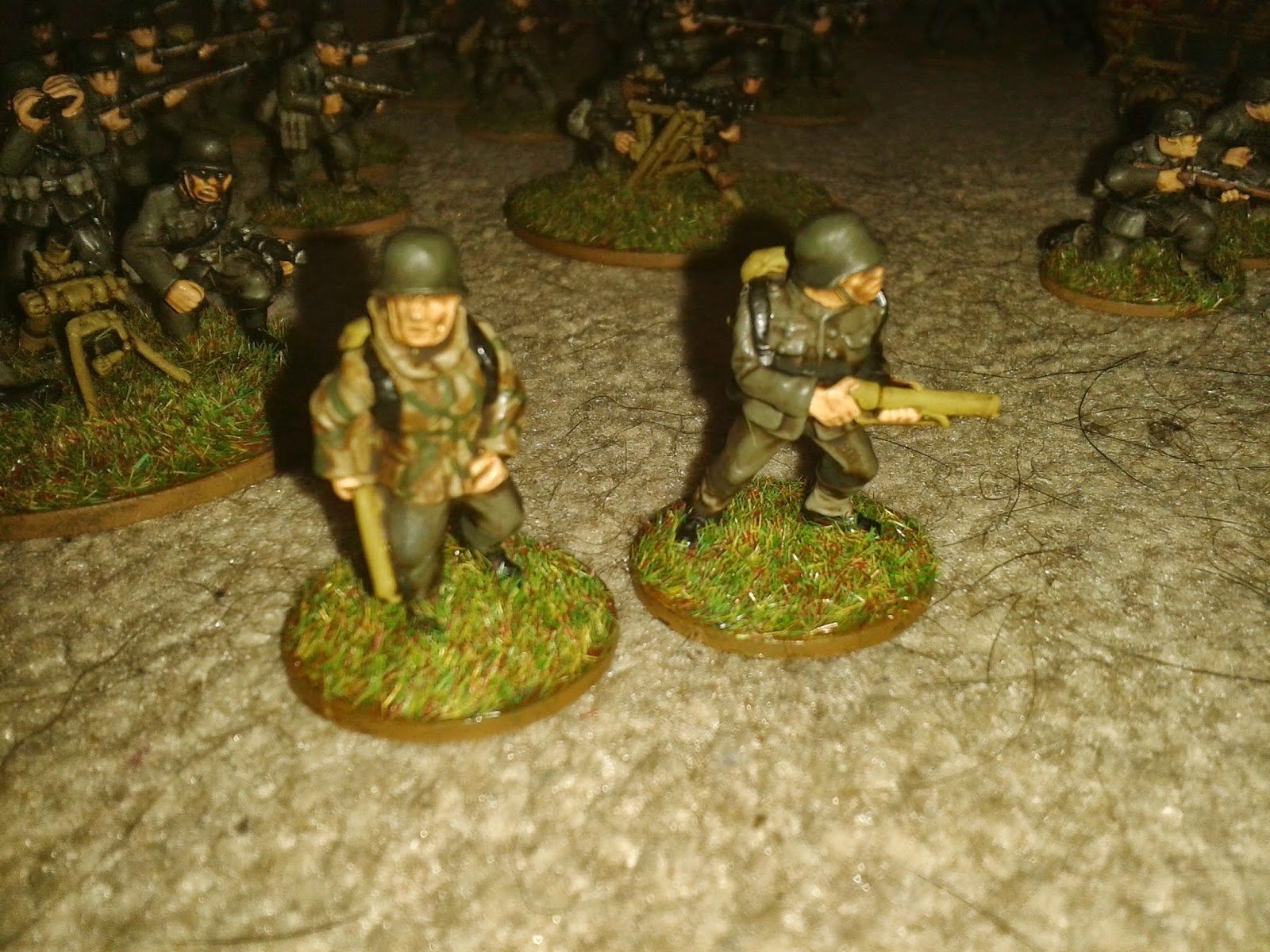 At the back lurking in cover whilst the Vet infantry does the majority of the fighting is a vet sniper team. The harder to kill vet status along with a small team bonus and usually cover makes him tough to shift whilst dishing out damage 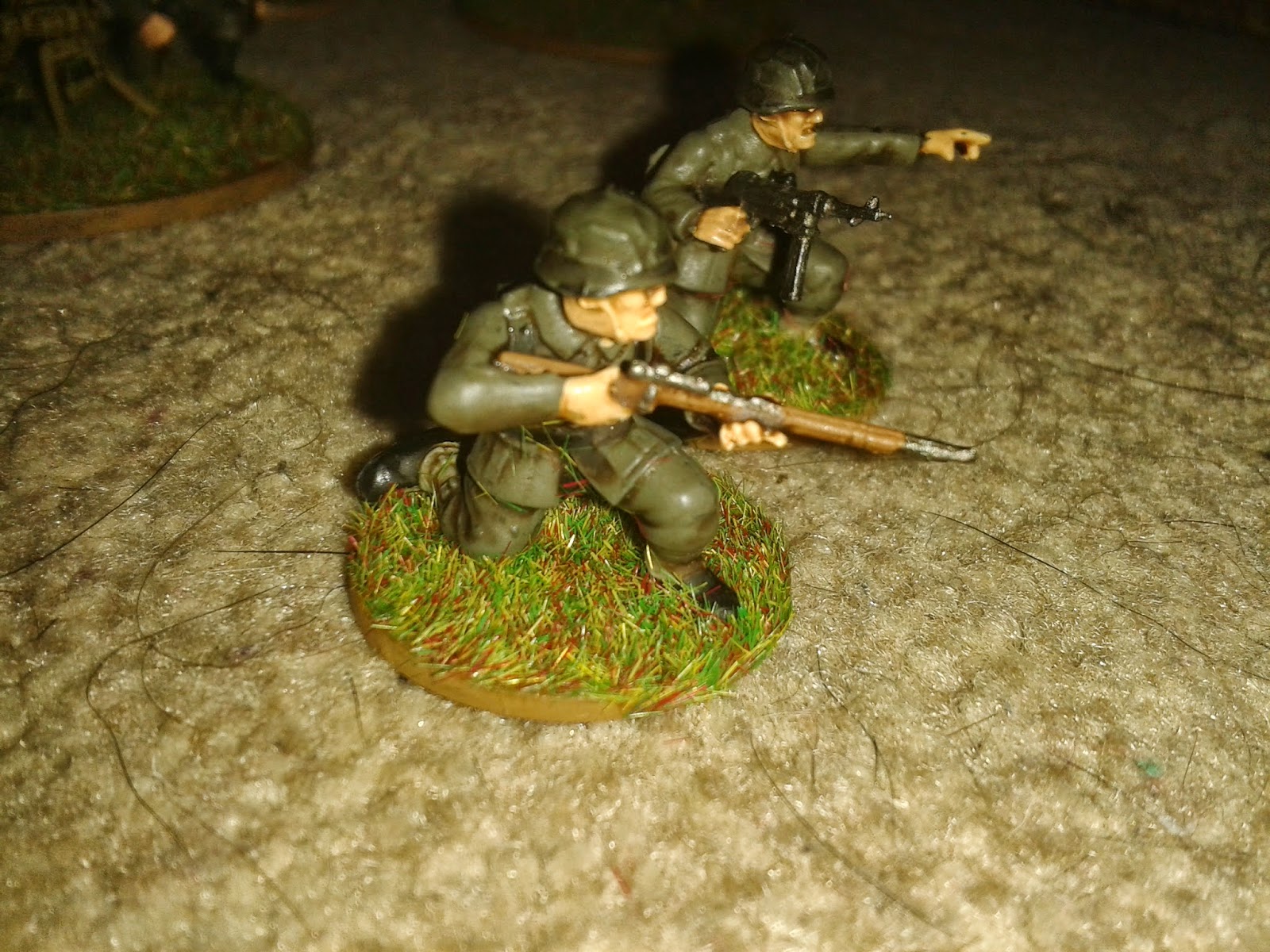 Sitting out giving HE shell help is a regular medium mortar. Its job is lay supporting and suppressing fire where it is needed breaking up infantry and digging them out of cover with the HE bonus to kill 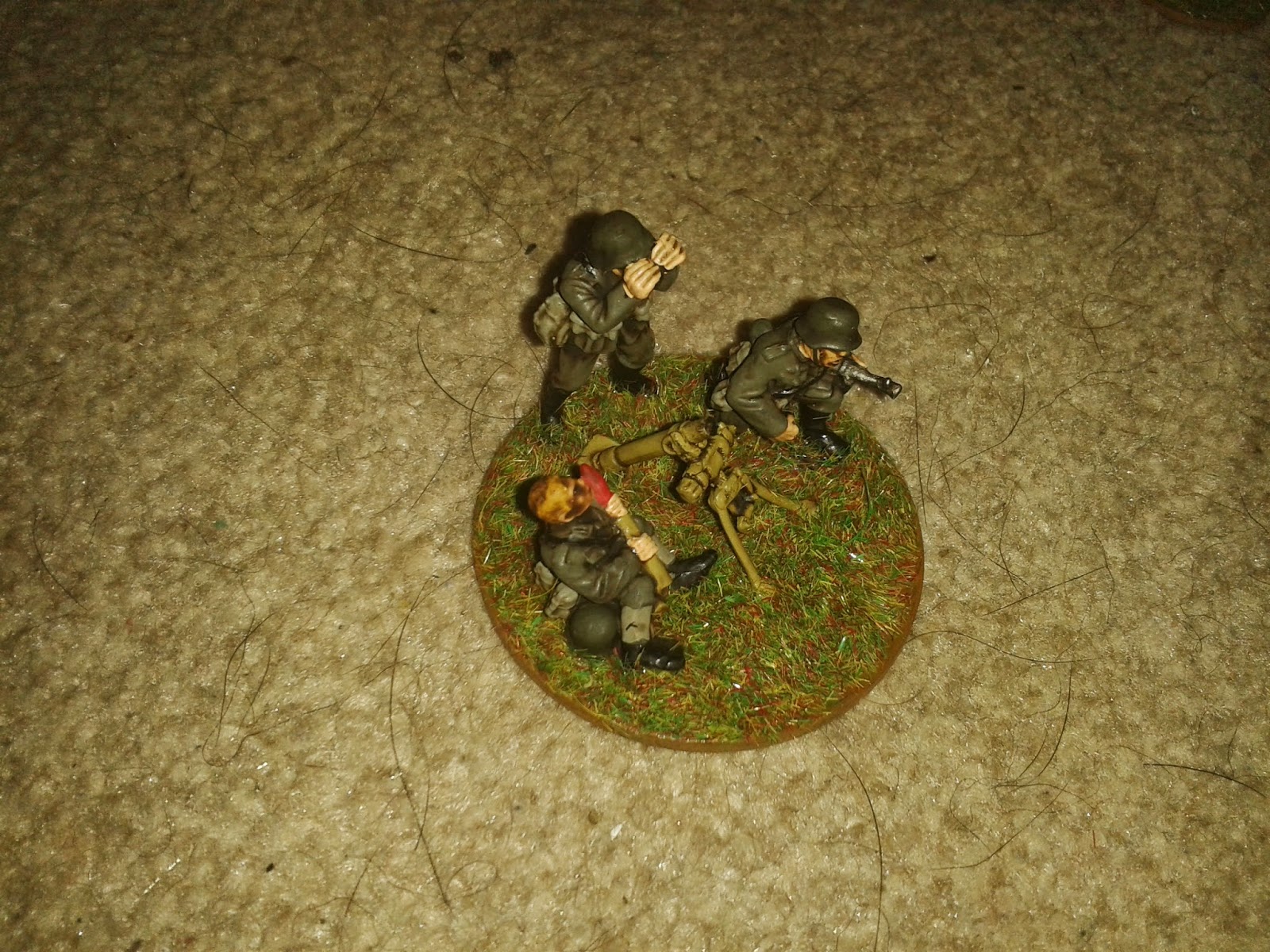 Providing a fire base at the back is my MMG, with Hitlers Buzzsaw special rule giving them a higher rate of fire then any other MMGs, it can throw shots around where needed. 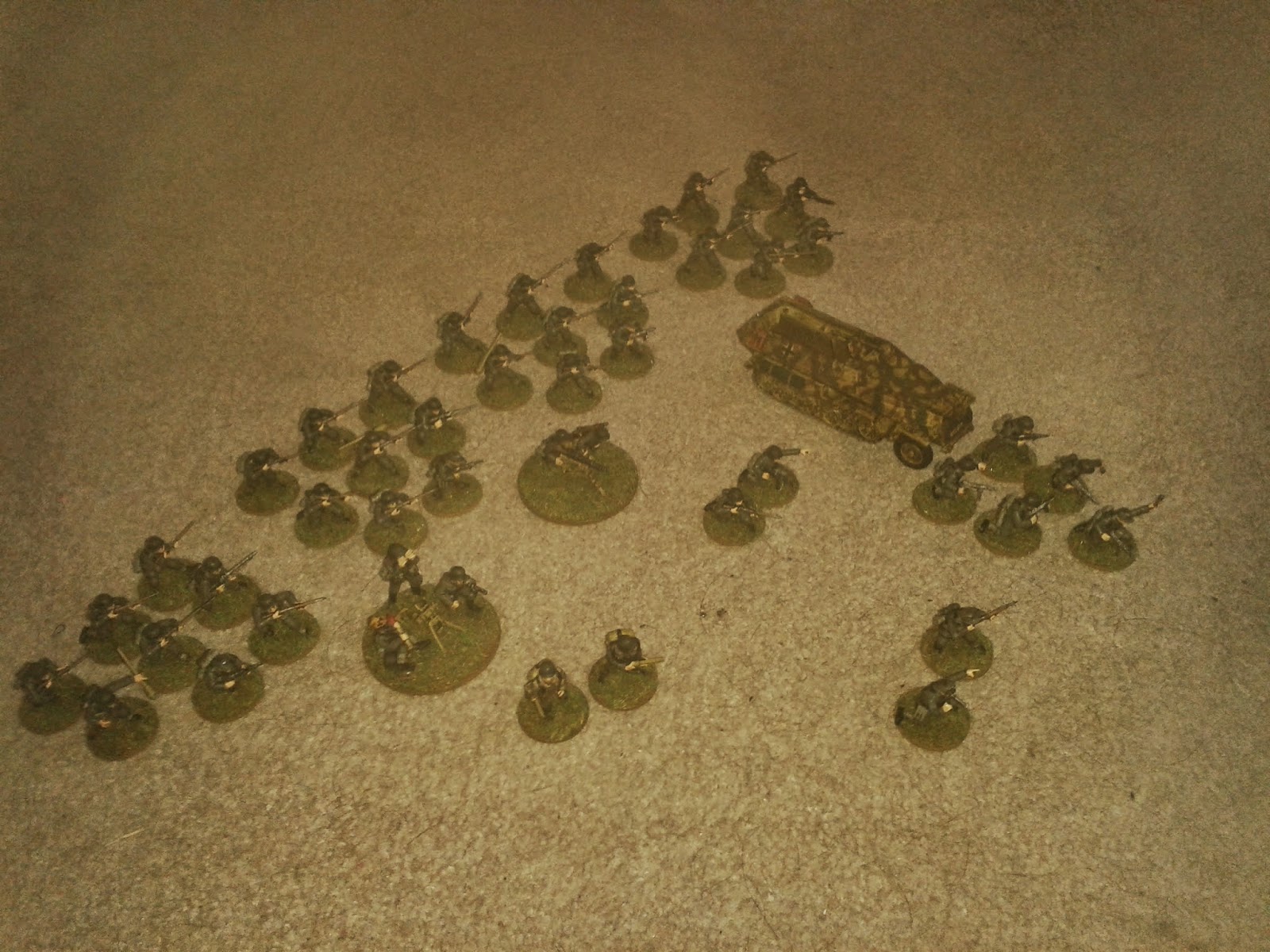 The full force in its glory 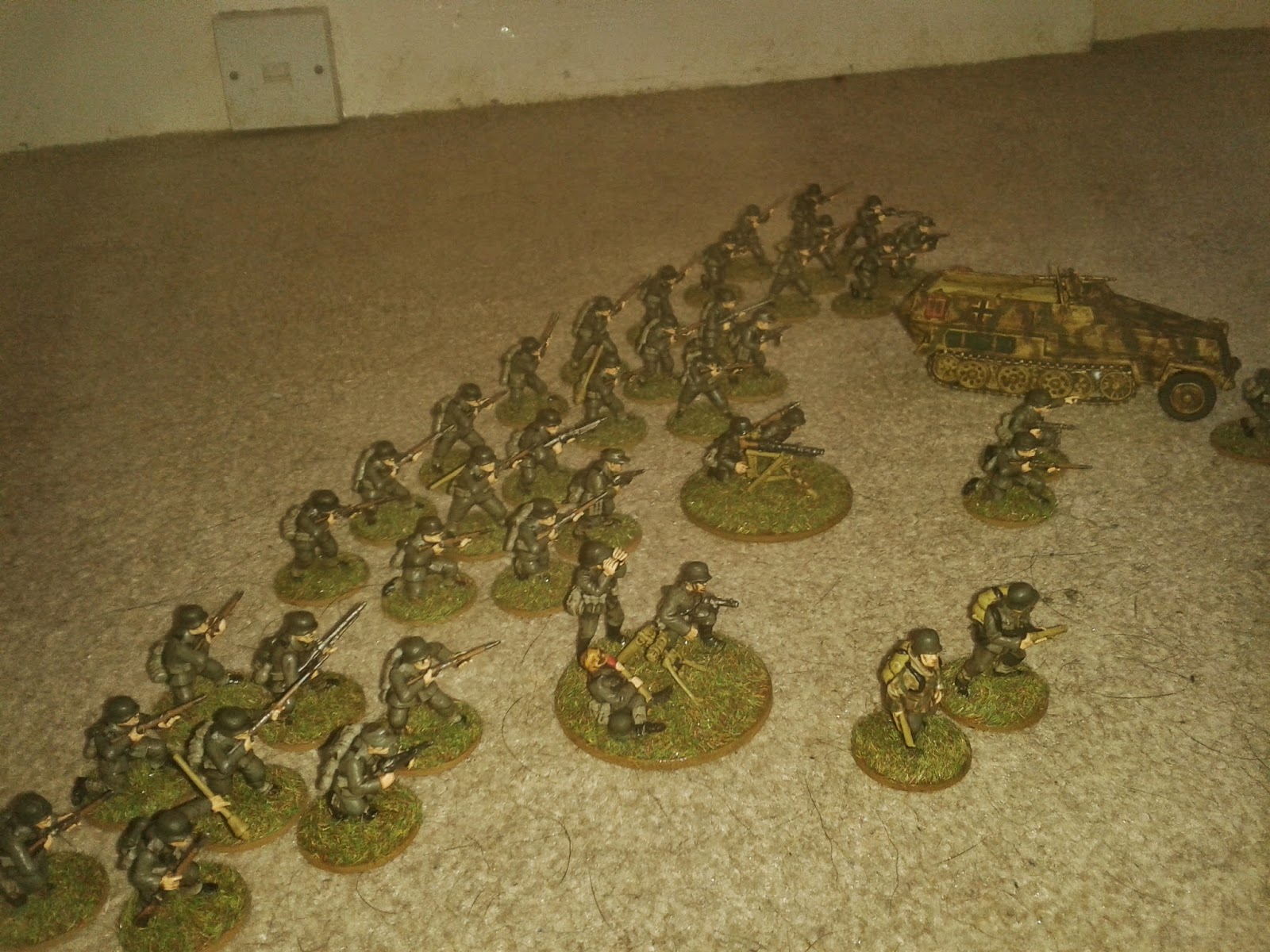 It feels balanced with the assault troops in the Hannomag, and a solid firebase and the flexibility of the vet squads 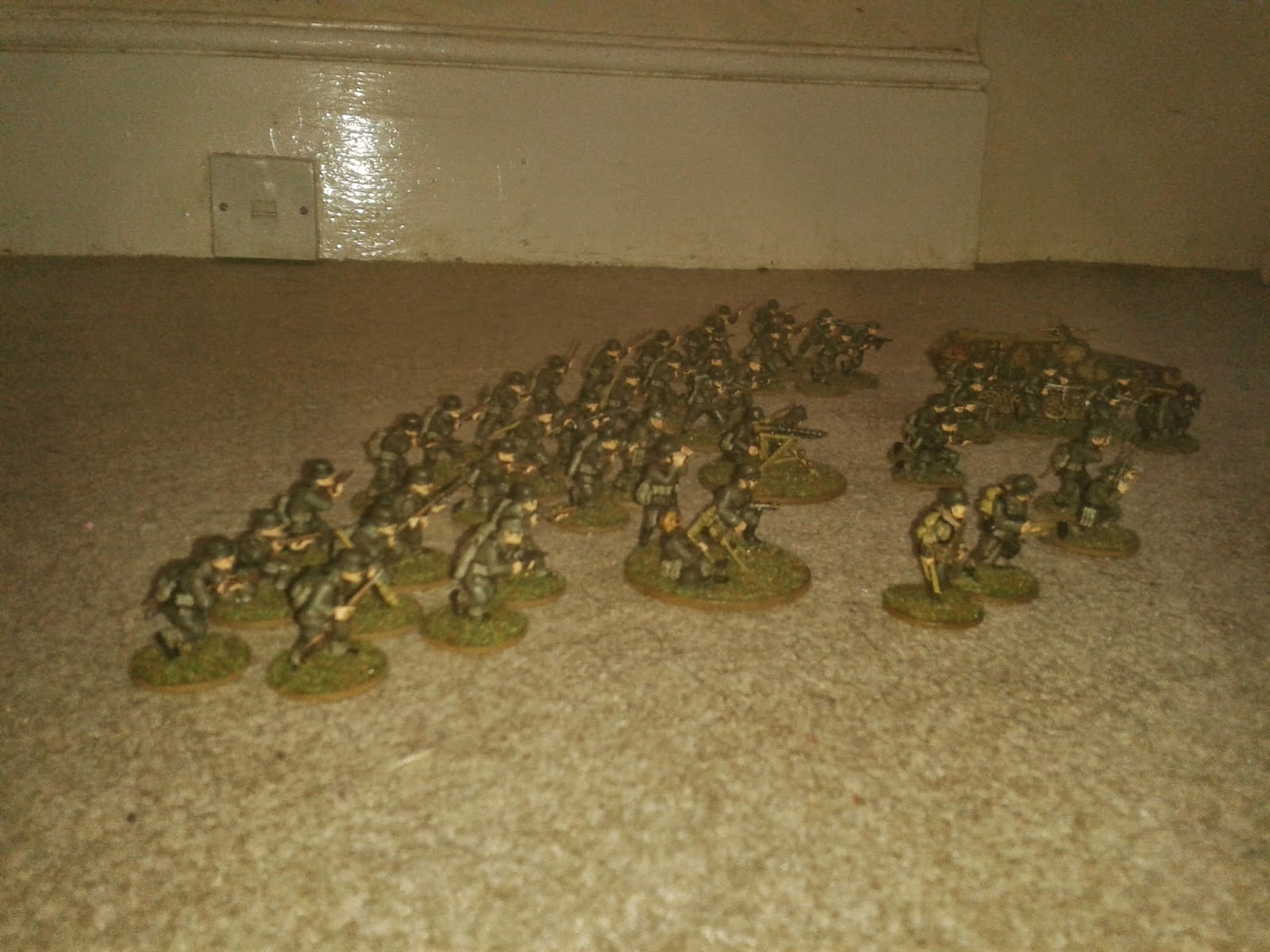 Where next then with this list? well I want to take my forces up to 1250, as a standard, so the first addition would be armour.... the list does lake some ability to deal with tanks, yes each squad has a faust, but you have to get rather close to use it, so adding a panzer 4 would be a solid choice, from there... who knows, you will have to wait and see!﻿
﻿
﻿
﻿
﻿
﻿
Labels: bolt action warlord games world war 2 world war ii