The Gor Portas is the Breen battle cruiser that led the attack for the Dominion during the Second Battle of Chin'toka, a resounding victory that ended in the destruction of the U.S.S. Defiant and many other ships. The Breen Energy Dissipator was a feared weapon capable of completely disabling a ship's weapons, shields, and engines.

It is a great looking ship, and I am trying to get the best out of it again following the 50pt rule and faction pure as well. 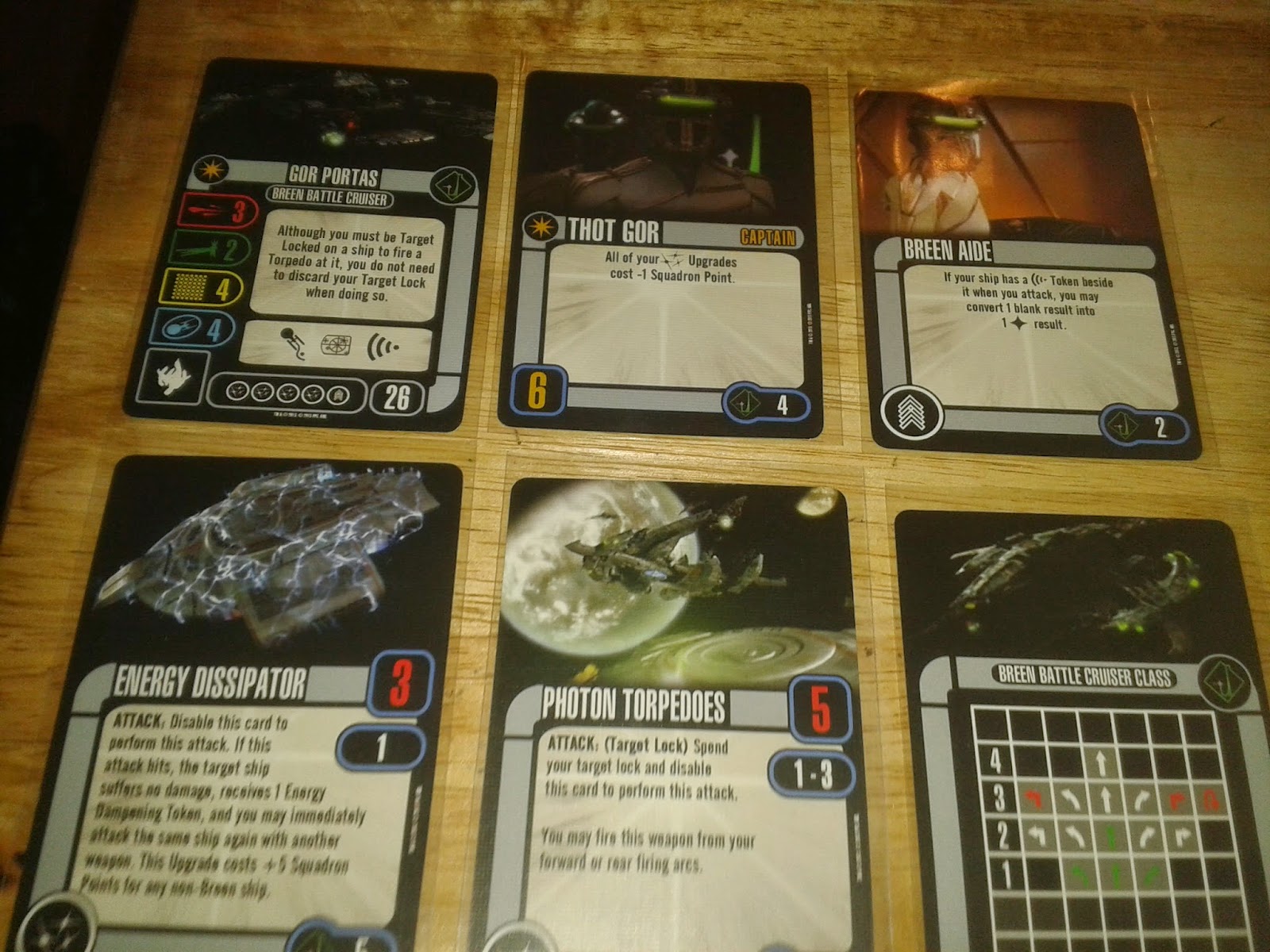 The Gor Portas is built for combat, solid manoeuvres, a solid hull and shields, a 2 dice evade and 3attack but 4 weapon upgrade options!.  When you fire torpedoes with her you do not need to spend your target lock to do so, meaning you can use it on the rolls from your torpedoes themselves.

To captain the ship we have.... 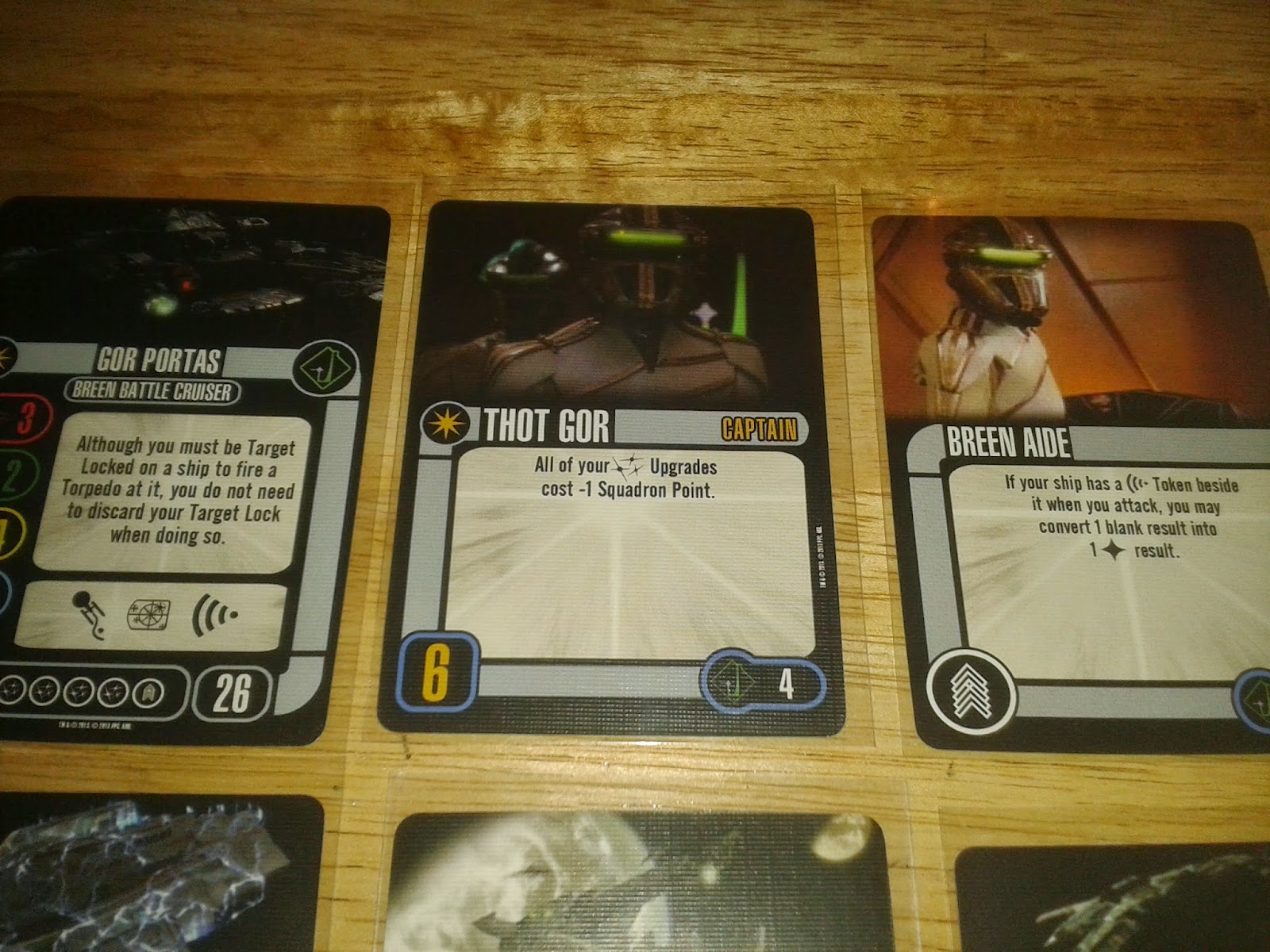 As captain we have Thot Gor, a solid captain skill of 6 and a minus 1 point cost  for weapons.
for crew we have the Breen aide to help put more damage on things. 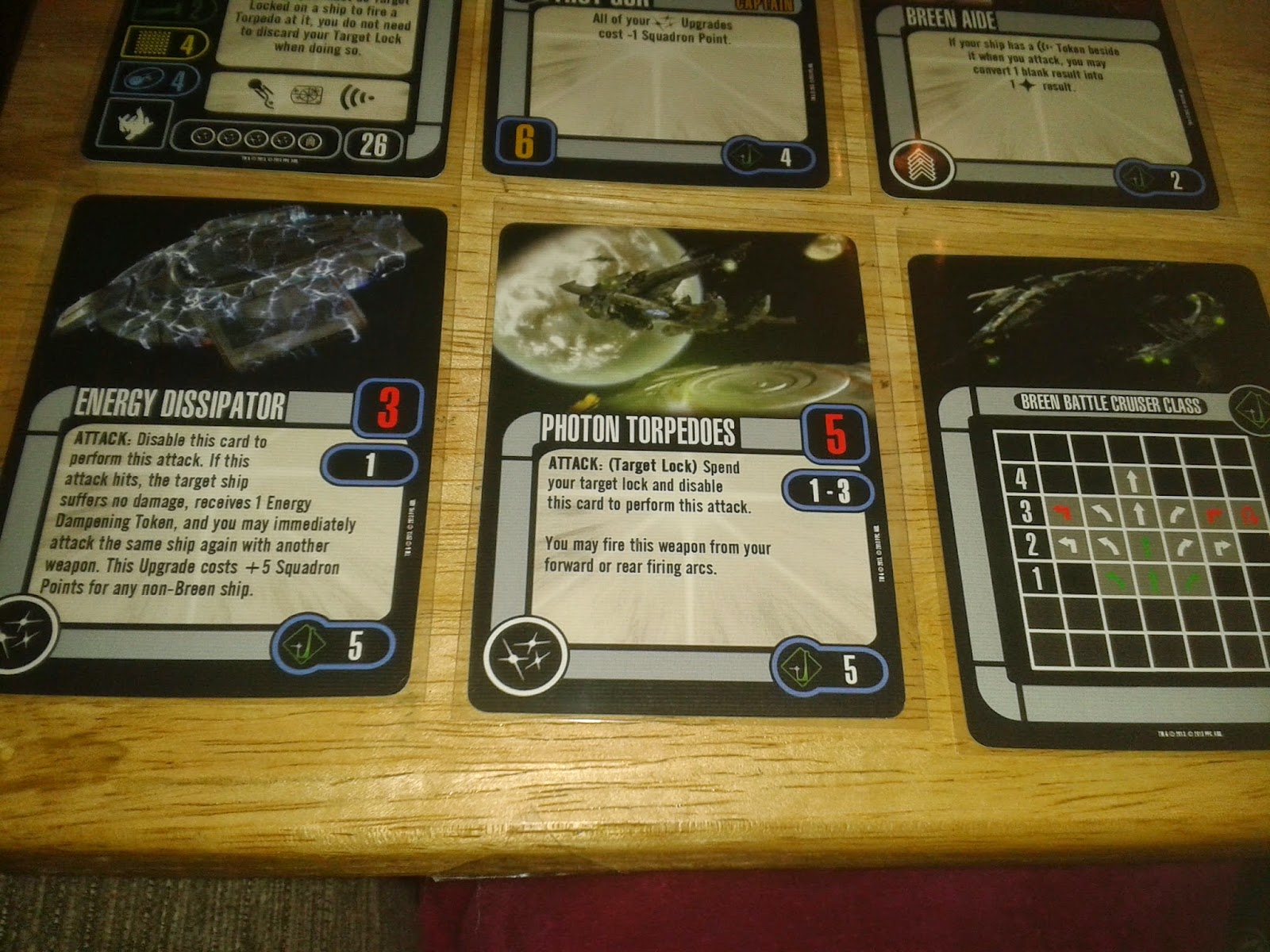 A battery of photon torpedoes for more punch, and an Energy Dissipator weapon.  This is handy piece of kit, you hit your enemy and it works almost like an ion weapon in Xwing, except you fire again to damage it afterwards, so you steam in close unleashing torps as you go, then point blank hit them with the Dissipator then a point blank primary weapon shot.

Should you feel like being brutal you can load another Energy Dissipator and another brace of Torpedoes.  It does make the ship  expensive, but it make its a fearsome thing to approach.