In this Ship build article we are looking at the Nebulon-B Frigate.  This is the Expansion ship, so I am seeing what I can come up limited to the cards in the pack to get the best out of the ship in the role I need, and how I can best utilise her. 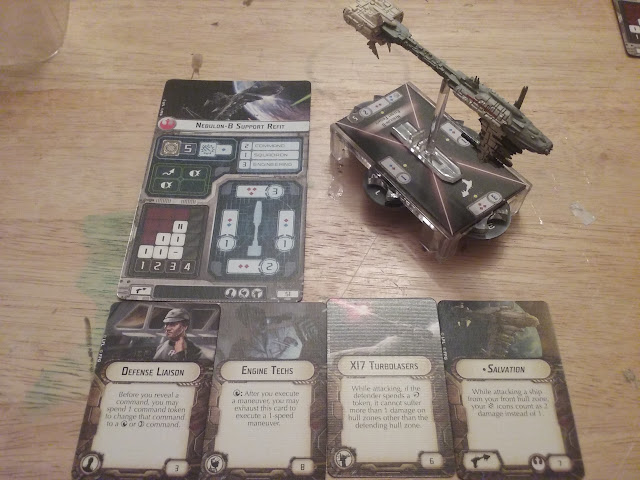 I started with the Support Refit version as my base, this has the slots needed, and is cheaper then the Escort Frigate, but you loose some in squadron command level, which is fine as her role will be long range fire ship rather then fighter support ship.  I then added..... 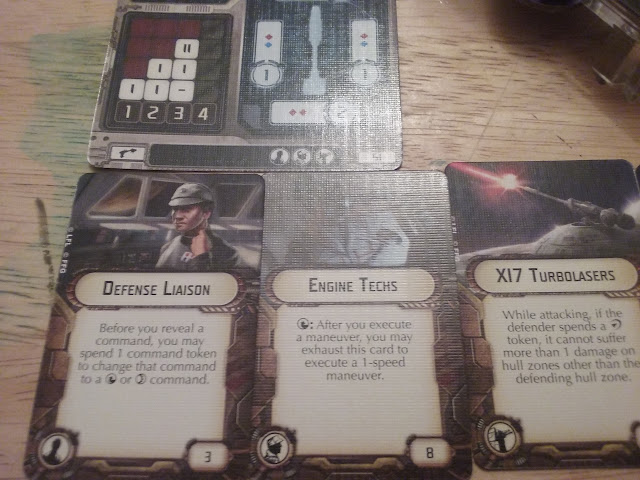 the Defense Liason.  for 3 points he can help out by changing commands to repair or Squadron when needed, adding the flexibility to he ship to repair the damage she will suffer when needed, or in a pinch get those fighters moving.  Engine Techs allow an extra move at speed one meaning you can move up to 4 in a turn with the ship, which is good, as you want this ship pointing its front arc at targets at long range, preferably in a place where return fire will be limited, or you create so many target options they pick on something closer. 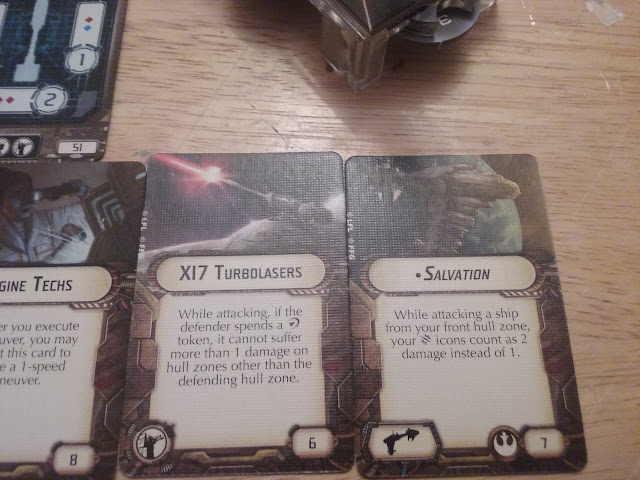 XI7 Turbolasers go well with the ship, stopping those Imperial ships redirecting all their damage away, so you can pound on a hull one and start to strip its shields down effectively. The last upgrade is the title Salvation.  This lets critical hits form the front arc count as 2 damage rather then 1.  With the XI7 Turbolasers this can help drop down shields and cause more damage even quicker.

The ship will try and sit at long range, getting into position where her front is pointing at the target, hopefully in a place that will not receive that much return fire, and open up at long range trying to strip defences to let your other ships cause more damage.
Labels: Armada ship build Star Wars