Today we look at a something a bit different, a game that is... well, not your usual kind of game, and its hard to cover it without spoilers, as this game more then most relies on its story to be the most impact for players.  So we shall look at the basics of it, and some thoughts, all spoiler free!

The T.I.M.E Agency protects humanity by preventing temporal faults and paradoxes from threatening the 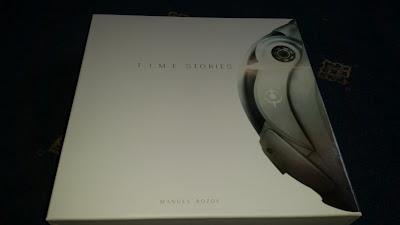 fabric of our universe. As temporal agents, you and your team will be sent into the bodies of beings from different worlds or realities to successfully complete the missions given to you. Failure is impossible, as you will be able to go back in time as many times as required.

T.I.M.E Stories is a narrative game, a game of "decksploration". Each player is free to give their character as deep a "role" as they want, in order to live through a story, as much in the game as around the table. But it's also a board game with rules which allow for reflection and optimization.

So lets pop it open, take a quick peak inside, and see what its all about..... 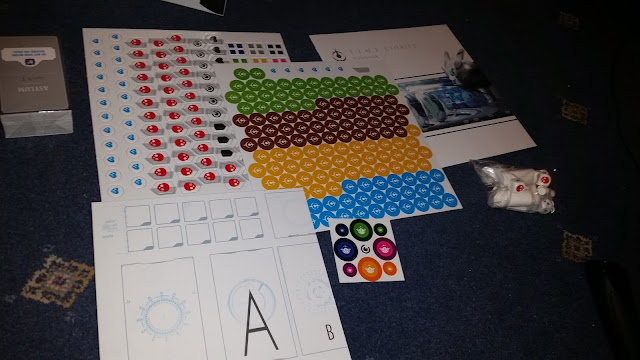 you do get a lot in here, a lovely, board, tokens, wooden components, and a beautifully illustrated rulebook, as well as the cards for the first adventure.... Asylum 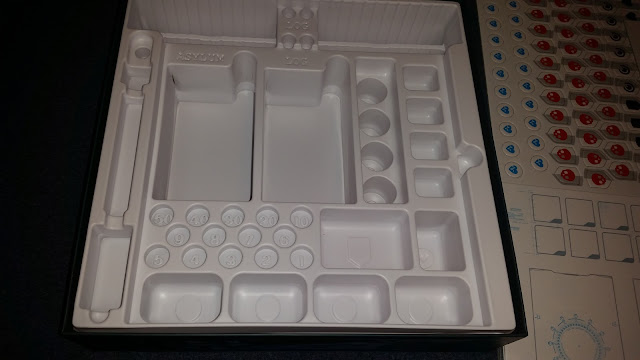 A very clever and snazzy feature is the box.... it has self contained storage for all the tokens, and dice, and bits you need, including a nice system where you can "save" your adventure, by placing the cards in a specific order and nice slots ready for the cards.  Everything has its place and it makes set up and take down a very pleasant experience compared to some games.... looks over at pretty much every Fantasy Flight Game ever..... 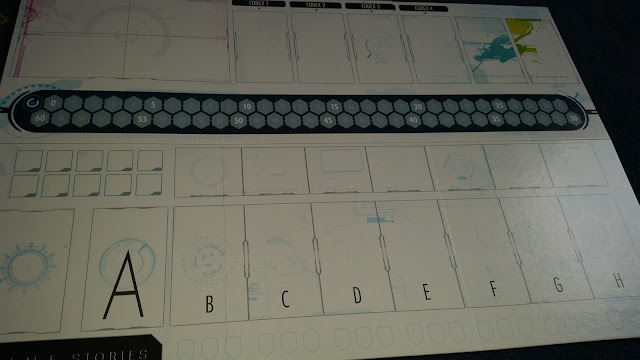 At the beginning of the game, the players are at their home base and receive their mission briefing. The object 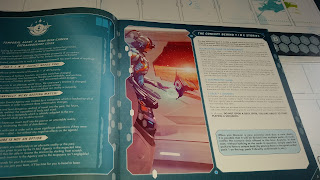 is then to complete it in as few attempts as possible. The actions and movements of the players will use Temporal Units (TU), the quantity of which depend on the scenario and the amount of players. Each attempt is called a "run"; one run equals the use of all of the Temporal Units at the players' disposal. When the TU reach zero, the agents are recalled to the agency, and restart the scenario from the beginning, armed with their experience. The object of the game is to make the perfect run, while solving all of the puzzles and overcoming all of a scenario’s obstacles.

The base box contains the entirety of the T.I.M.E Stories system and allows players to play all of the scenarios, the first of which — Asylum — is included. During a scenario, which consists of a deck of 120+ cards, each player explores cards, presented most often in the form of a panorama. Access to some cards require the possession of the proper item or items, while others present surprises, enemies, riddles, clues, and other dangers. 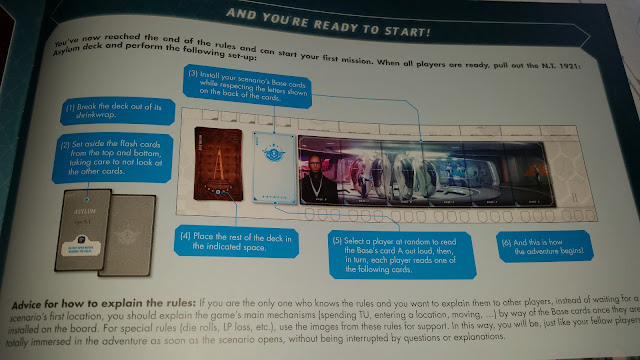 You usually take possession of local hosts to navigate in a given environment, but who knows what you'll have to do to succeed? Roam a med-fan city, looking for the dungeon where the Syaan king is hiding? Survive in the Antarctic while enormous creatures lurk beneath the surface of the ice? Solve a puzzle in an early 20th century asylum? That is all possible, and you might even have to jump from one host to another, or play against your fellow agents from time to time...

In the box, an insert allows players to "save" the game at any point, to play over multiple sessions, just like in a video game. This way, it's possible to pause your ongoing game by preserving the state of the receptacles, the remaining TU, the discovered clues, etc.
T.I.M.E Stories is a decksploring game in which each deck makes anything possible!


Its easy to learn, and beautifully presented, but it is an odd one to sum up..... its almost NOT a boardgame, more an interactive story due to the way its done, with repeated plays until you crack the path through, and it gives you that kind of quantum leap feeling, leaping into the unknown, to try and figure out whats going on which is exciting.  There are plenty of expansions already out to improve the life of the game, and keep you going which is excellent, as you can pick and choose expansions that fit your tastes.  The fact you cans "die" in game, but then just repeat the mission is good, as you can then try and work out where you went wrong, the combat system of simple dice rolls, is easy to use, but can mess up your plans if you fail at it so bear it in mind.  Its a tight game with time being spent, so you need to plan ahead, and you may want to make notes as you go.  I think if you go into this as more of an experience, rather then a hard edged win at all costs crush your neighbor game, you will enjoy the journey, and with more players its even better.  A brave new style of game, clean looking, quality components, and deeply involving.... Give this a try! its different, but its an excellent idea, and promises so much more to deliver in expansions!

Time Stories comes in at an RRP of £39.99 so its a good price for a fun adventure and its great with friends, so head on over to your local game store and grab yourself a copy, remember aircraft noises are encouraged but optional!
Come and join us in all sorts of gaming chat in our Facebook group here, and come follow us on Twitter @rollyoursix and Instagram join the chat, and tell us about your games!