In Wave 24, Wizkids are re-releasing an older hsip the USS Enterprise the classic TOS era ship.  This is a good move, as more and more waves come out, older ships are becoming increasingly harder to find, and this is making it harder for new gamers who join the system to get those classic iconic ships they need and want to join the game.

Its an iconic ship for the series, the first Enterprise we see on screen, and its design left a lasting impression through the trek universe. 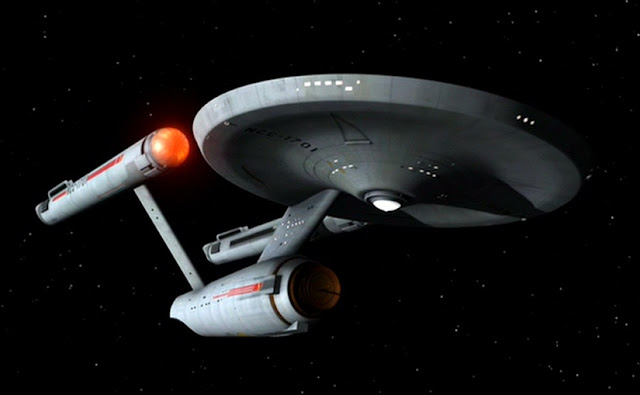 "All I ask is a tall ship and a star to steer her by."
– James T. Kirk, 2268 ("The Ultimate Computer")
The USS Enterprise (NCC-1701) was a 23rd century Federation Constitution-class starship operated by Starfleet. In the course of her career, the Enterprise became the most celebrated starship of her time.
In her forty years of service and discovery, through upgrades and at least two refits, she took part in numerous first contacts, military engagements, and time-travels. She achieved her most lasting fame from the five-year mission (2265-2270) under the command of Captain James T. Kirk. 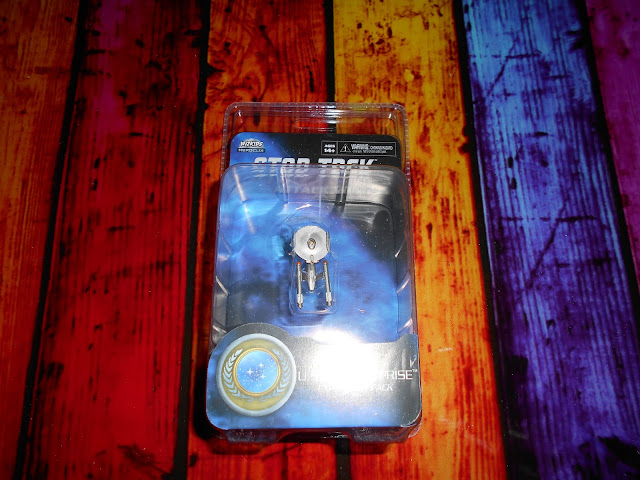 So the ships here with anew paint job, a metallic silver to match the latest federation ships that have come out, but are the cards any different? lets take a look and see. 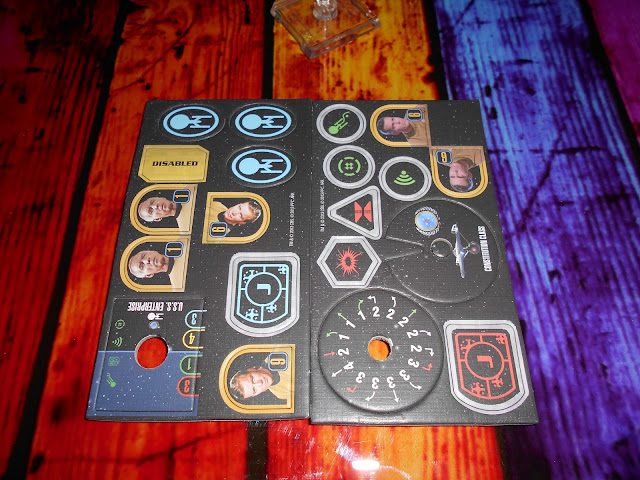 You get plenty of tokens, and unlike the other members of this wave, they have ALL the tokens you need, shields, target lock etc, so this is a great buy for new players. 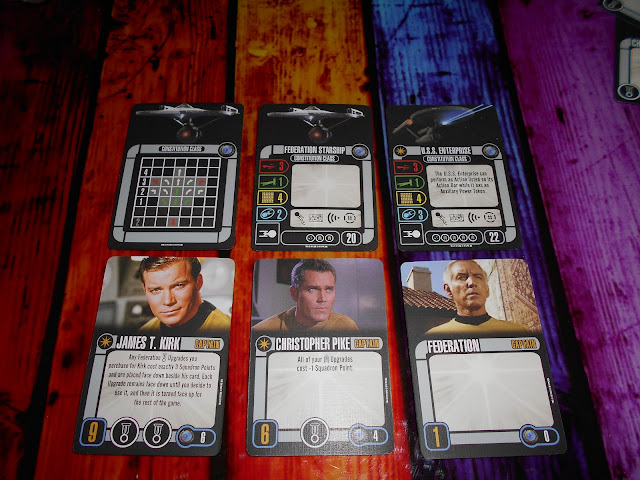 Allt he other cards are exactly the same as the original release, so a collector may already havbe them, but for a new player.... its a must!

There is plenty of cards in the set, the normal and handy manoeuvre card, a nicely nimble ship for the federation anyway. Generic captain as always, then the named ones. Captain Pike is handy as he makes crew a point cheaper and the Enterprise version has 4 crew.  And of course Kirk himself, at captain skill 9 he is up with picard, and he can take 2 elite talents face down until they are used which makes for some handy Kirk style sneakiness, with your opponent not knowing whats coming next.and they are 3 points each for any choice.  There are 3 elite talents Cheat death is a nice choice, allows the ship to come back after being blown up, and the Cochran manoeuvre can cause a big surprise!  The named ships ability is excellent, you can load it up with auxiliary power, and still keep going perfroming actions from your bar. 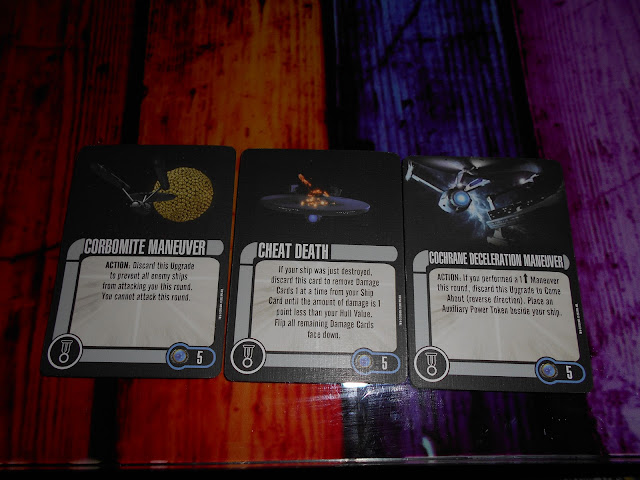 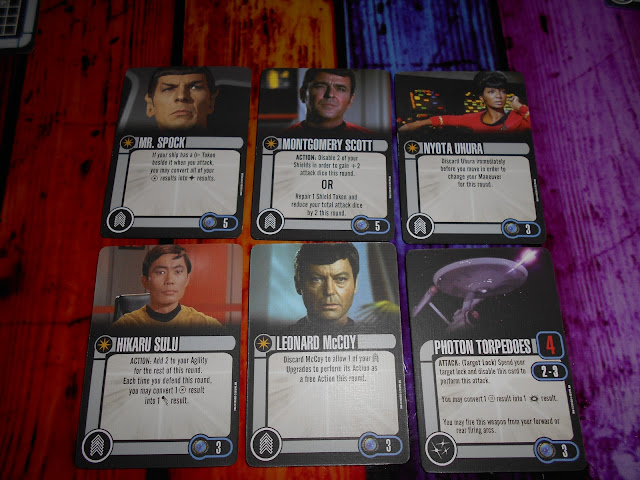 The crew in this pack are excellent.  Spock has a great passive ability that while your ship has a scan token you can convert all your battlestations into hits, so he kind of gives you an extra action, as by scanning you reduce your opponents defence by 1, and get the bonus of battle stations too. Scotty can work in two different ways, either buffing up your attacks at the expense of shields, or repairing shields at expense of attack.  Uhura lets you discard her to change your manoeuvre allowing you to adjust position and react when needed.  sulu adds 2 to your agility for the round, and lets you convert a battlestation into a defend as well.  Bones can be discarded to let a crew member perform their action as a free action, perfect if you need scotty to get fixing or shooting, or Sulu to keep you going. 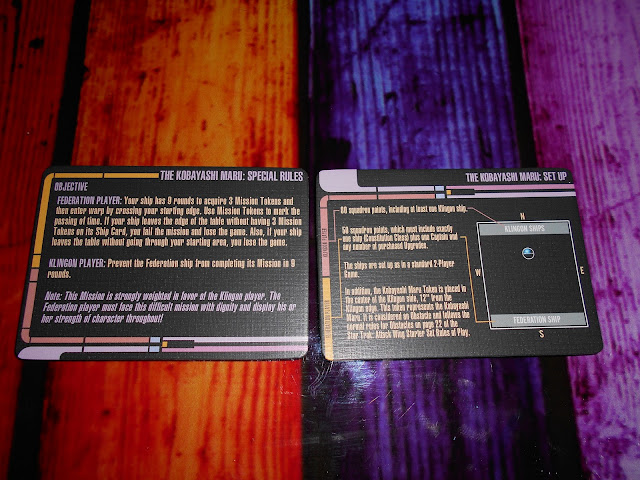 The mission is a 2 player mission well known to all Trek fans, the Kobayashi Maru! a classic and heavily weighted against the Federation as it should be. Ever wondered if you could do it? well now you can try! I love these missions really add so much to the game. 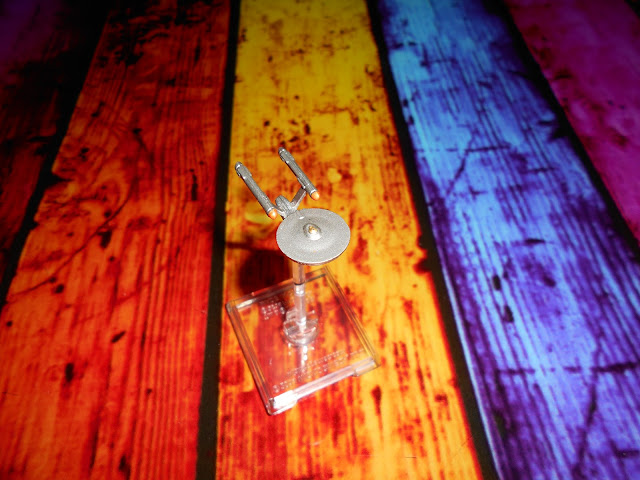 The ship itself is the same model as the original Enterprise, just metallic Silver. 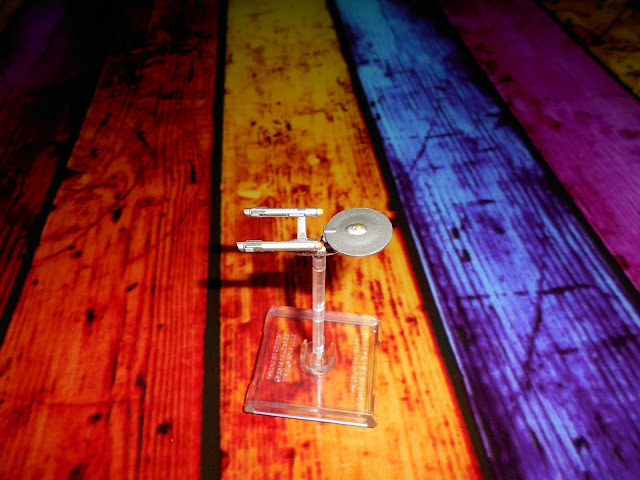 Overall, if you have not got the Enterprise already, and its hard to find, it s a must have as it provides many many good cards to use.  If you already own it, its still worth grabbing for a different coloured Constitution class for some TOS era gaming.

Its sooo small!! how are you going to win with that I will squash it, but it is CUTE!! (DAD- its NOT CUTE!!)


You can pick one up by finding your local game store here with an RRP of £12.99 it will add a great ship and excellent cards if you do not have it to your fleet, and if you do, another Constitution for TOS era gaming is always a good thing.


Come and join us in all sorts of gaming chat in our Facebook group here, and come follow us on Twitter @rollyoursix join the chat, and tell us about your games!