Welcome back to our Mars Attacks Campaign.  Today we have the final scenario in the book, it features all the models from the box, so the humans get all the Marines, and all their Heroes at once, the Martians get all their troops and General Tor.  They also have a reinforcement system, so each turn up to 6 (if their are that many casualties) casualty models may return from a Martian controlled zone. 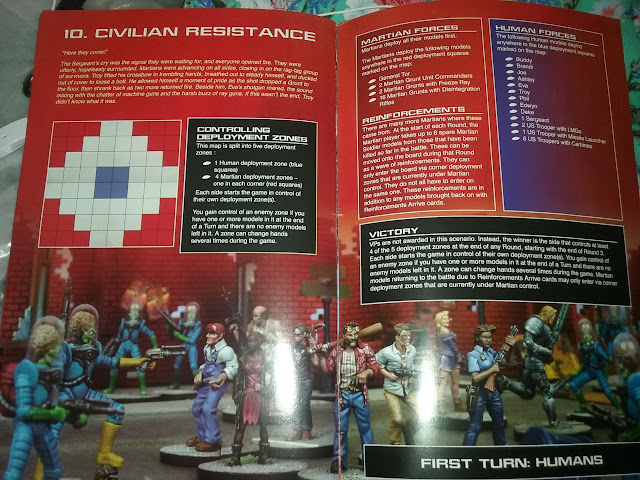 The Humans start in the middle, and the Martians in the 4 zones surrounding.  The first player to gain control of any four of the zones wins.  To gain control there must be no enemy models in that zone, and at least one of the claiming sides models.

The idea of occupying zones rather than attrition made Olivia raise her eyebrow, until she figured out she can just take them over by force.

Lets see if Humanity can make a stand, or if the Martians crush them into dust and ash. 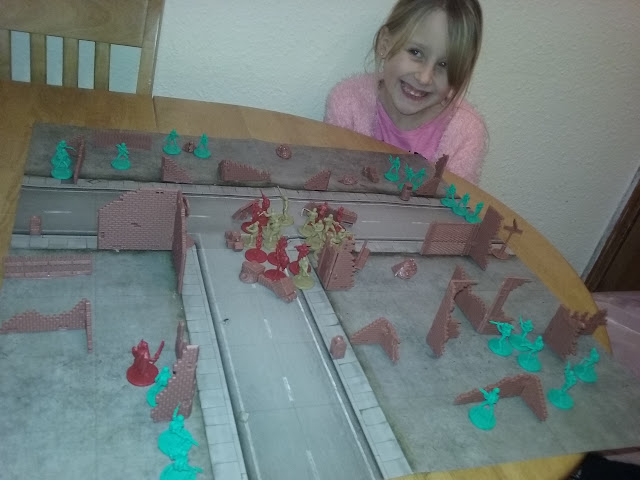 All the models on he table make for quite the sight... lets see how this plays out..... 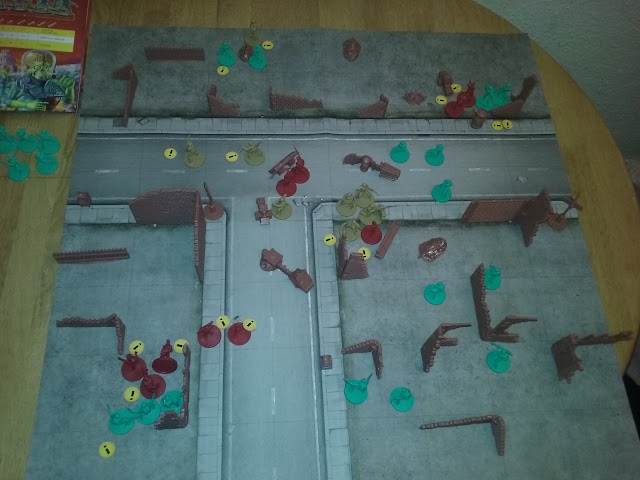 A few turns in and its a whirling mess, the Human having a solid firebase in the centre, whilst heroes try to take out the south west and north east zones.  Marines are also moving t try to take the north west zones.  The Heroes having hero points to spend instead of being killed make them much more survivable then I thought 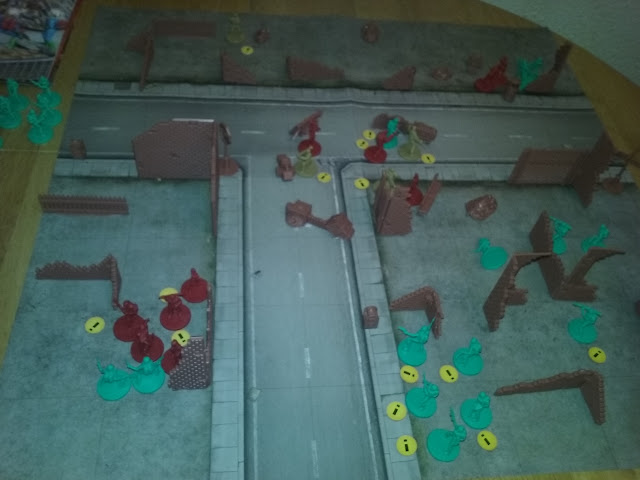 The Marines occupy the north west zone.  The fighting in the south east is brutal with heroes fighting Tor and his Martians, whilst Deke and Ashley try to hold the centre from the Martian waves of reinforcements.  In the North East the heroes are slowly taking out the Martians, but its been a struggle with some poor rolls. 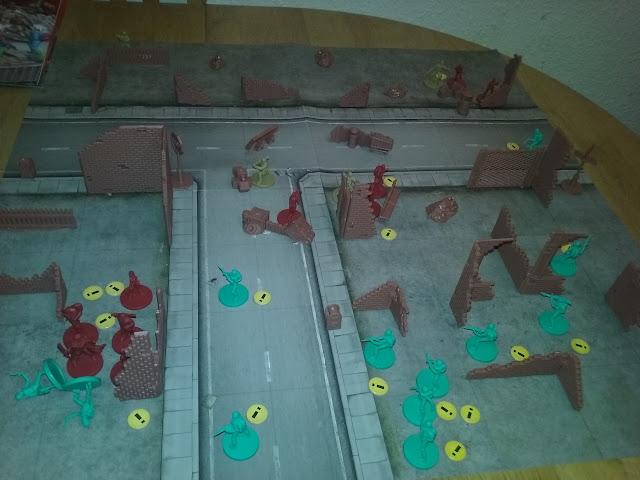 Marine casualties are mounting, but the Heroes have gained and taken the North East section, so with that the centre and the North West, they only need one more sector for victory, but with the numbers of marine backup dwindling and Martian waves storming onto the board this won't be easy. 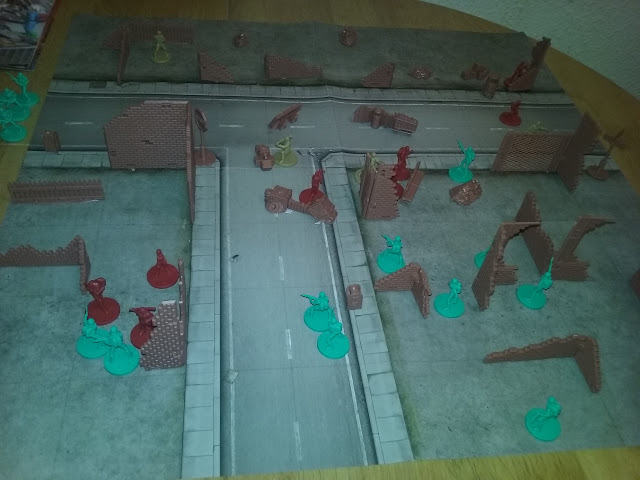 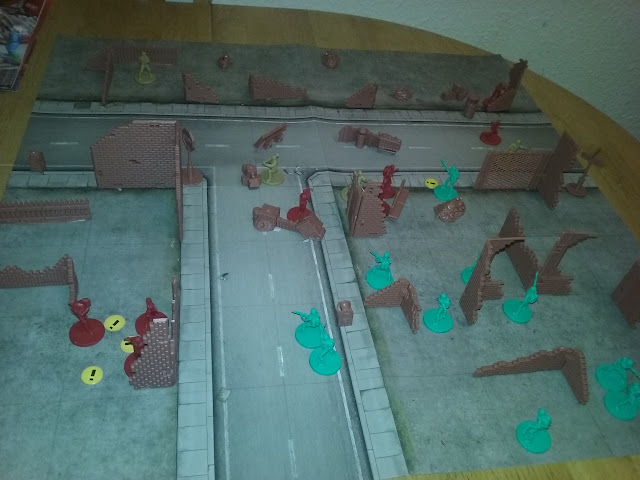 The heroes smashed the Martian forces in the South west, giving them that zone under their control, and bringing them victory.


This had been a tough game, hard and brutal, with plenty of combat, and hard choices to make about where to move and who to move, the more zones the humans control the thinner their forces are spread and the harder it gets to push and hold on the other zones, and when the marines are gone things get even tougher, as they are meat shields for your heroes, and give you the numbers you need to lock down those zones.  Even with that many zones under human control the game can still swing as the Martians swarm in and can take the zones back, but then they spread themselves out.

A great fun game overall and a good end to our scenarios from the box.  Its a game well worth picking as it will provide hours of ufn.

Is that the end of our Mars Attacks journey? well their are other expansions that add new figures and new missions, so I think these need to be picked up! And of course I need to convince Olivia to try the Martians so I can try the Humans through the campaign