The USS Hood (NCC-42296) was an Excelsior-class battleship in service to Starfleet in the 23rd and 24th centuries.
Prior to Robert DeSoto assuming command, the ship was commanded by Ledbetter. When DeSoto replaced him, Ledbetter assumed command of the USS Yorktown.
In 2359, the Hood was ambushed in a surprise attack by several Sindareen raiders, but managed to destroy them all. The Hood was heavily damaged in the attack. Repairs were expected to take two to three months in dry dock, but were finished over a month ahead of schedule. At that time, Lieutenant William T. Riker was transferred to the ship to become its first officer. 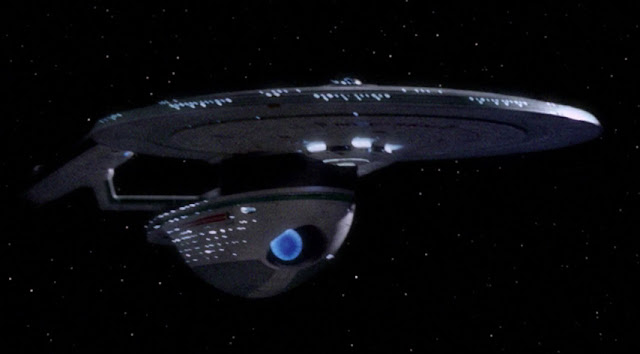 The Hood is a prize ship from the latest tournament, and she is a beauty, with some good cards.  So lets dive in and see what you get.....

So in the pack you get the usual nice slab of card token goodies.... 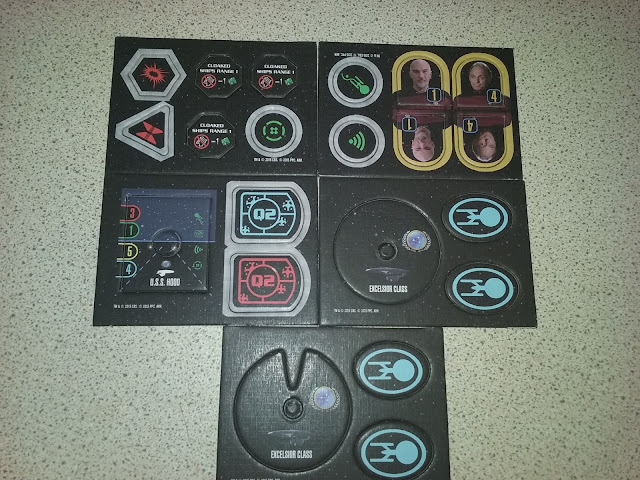 Now onto the cards, there are some great ones in this pack. 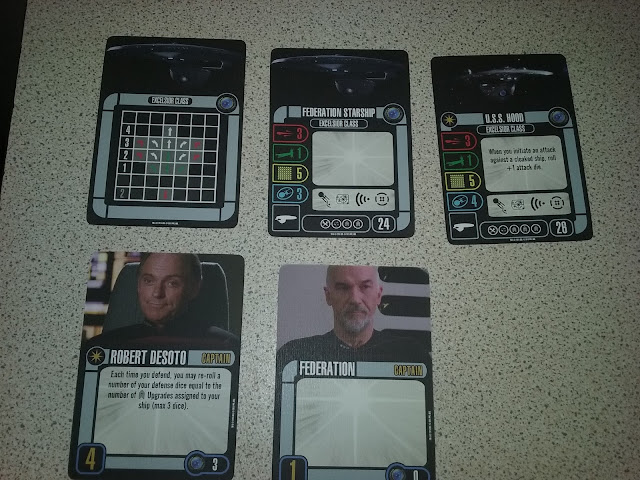 First we have the Excelsior class movement card, shes not the most nimble of ships, but does have a handy reverse manoeuvre.  The generic Excelsior class ship card, and then the Named HOOD her ability is when you attack a cloaked ship you get plus one attack dice, a nice passive ability.  We only get one named captain, Robert Desoto.  He is captain skill 4 for 3 points, has another passive ability that lets you re-roll a defence dice for each crewman on board. You do get a generic captain as always. 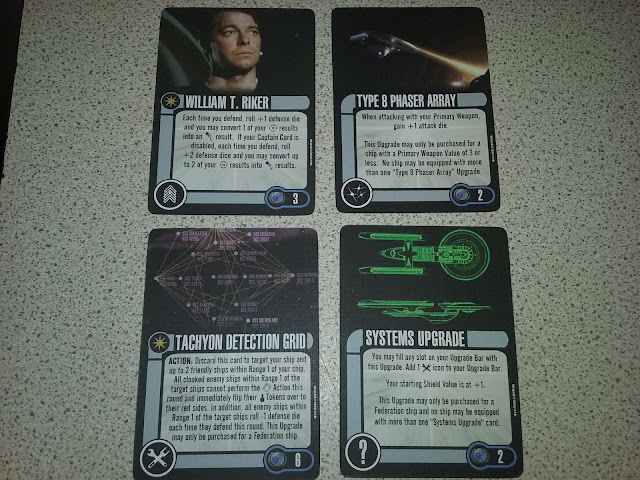 We get one crew in the form of William T Riker.  He lets you roll one extra defence die and you can convert one battlestation into an evade.  If the captain is disabled you double it to two extra defence dice and 2 conversions.  His ability is passive, so he is a great crew man to add to your ship for defence.  The weapon upgrade is the Type 8 Phaser array.  It is another passive ability and for 2 points adds a plus one to your attack, it can only be purchased for ships with an attack of 3 or less.  Its a great upgrade, it adds much needed punch to ships like the Defiant, or allows you to add to the Excelsior class bringing it up to date like a refit almost for the TNG era.  The tech card is the Tachyon Detection Grid, its a discard that can flip cloaked ships to uncloaked and they get a minus one defence that round.  The last card in the pack in Systems upgrade.  It takes up any slot, and adds a tech.  It also increases your starting shields by 1, an excellent upgrade. 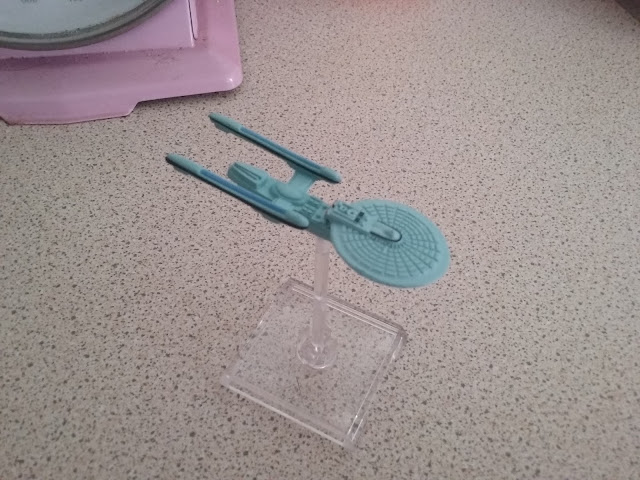 Onto the ship itself, a solid looking model, it looks like an excelsior class, though as most models the paint is not great, and a wash would do wonders. 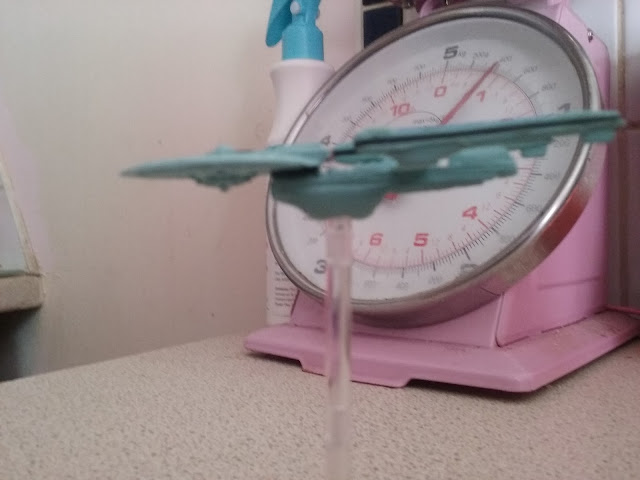 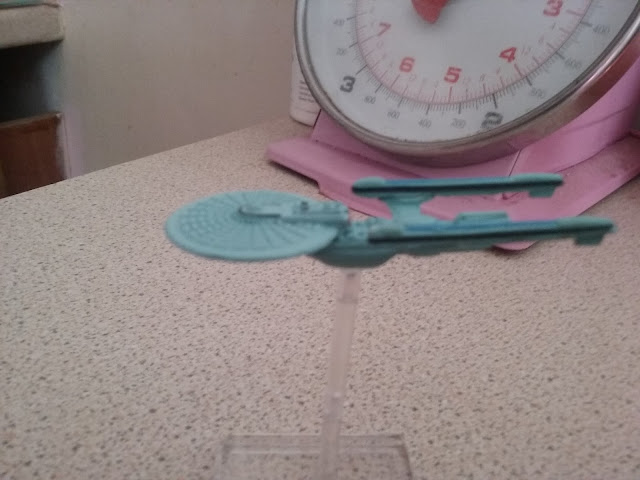 A good prize pack, with a classic class of ship, with some excellent and useful upgrades.
Labels: Attack Wing Star Trek unboxing