Today we are taking a look at a ship expansion pack for Star Trek Attack Wing. 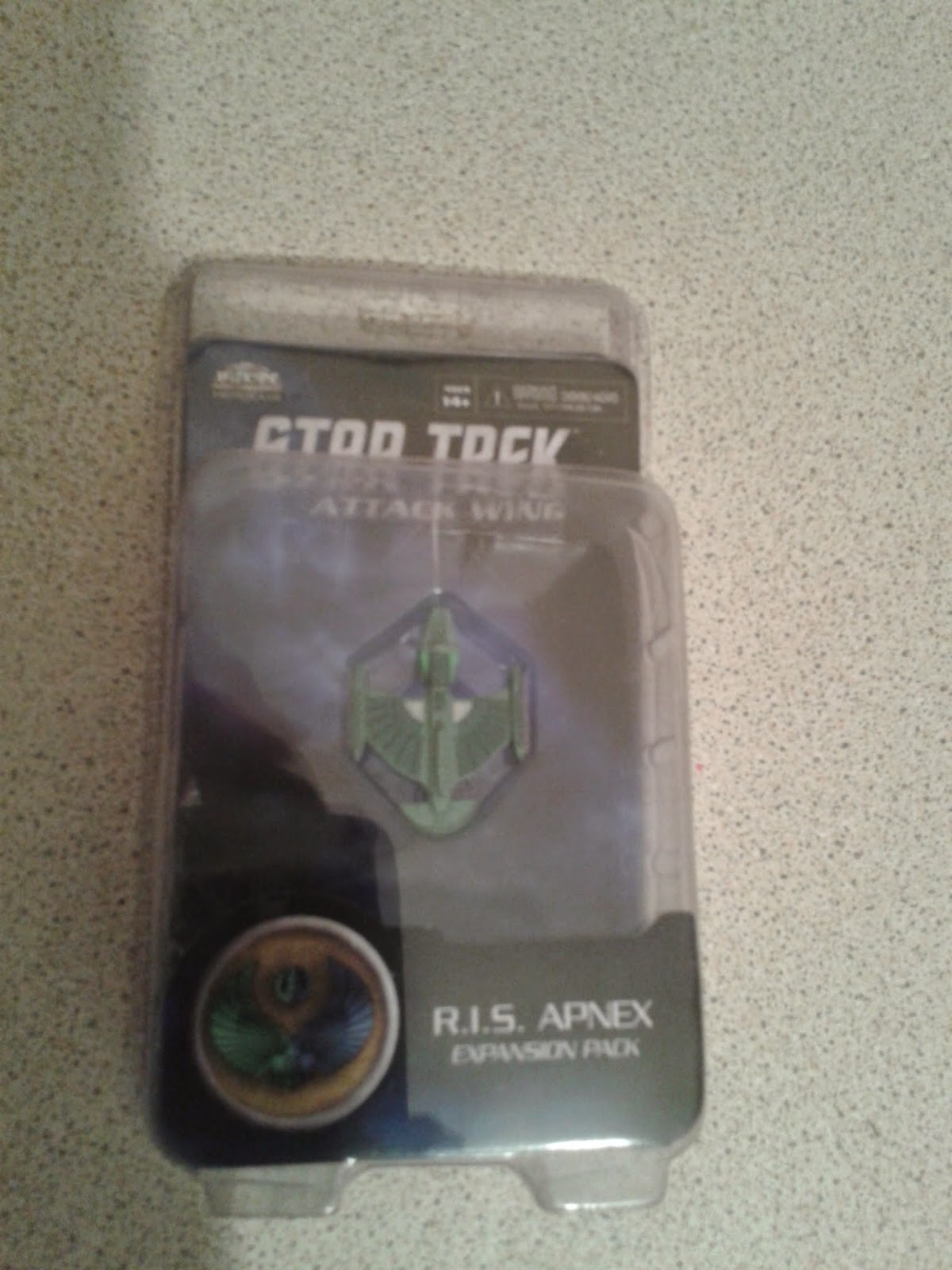 The R.I.S. Apnex was a Romulan Science-class research vessel in service to the Star Navy in the 24th century. She was named after a sea on Romulus. In the year 2368, the Apnex's crew experimented with a phase inverter cloaking device prototype. The ship was damaged and some crew members were killed when the device failed. Scientist Mirok assumed command of the ship after the captain was confirmed dead. The Federation starship USS Enterprise would later render assistance to the stricken ship. (TNG episode: "The Next Phase") 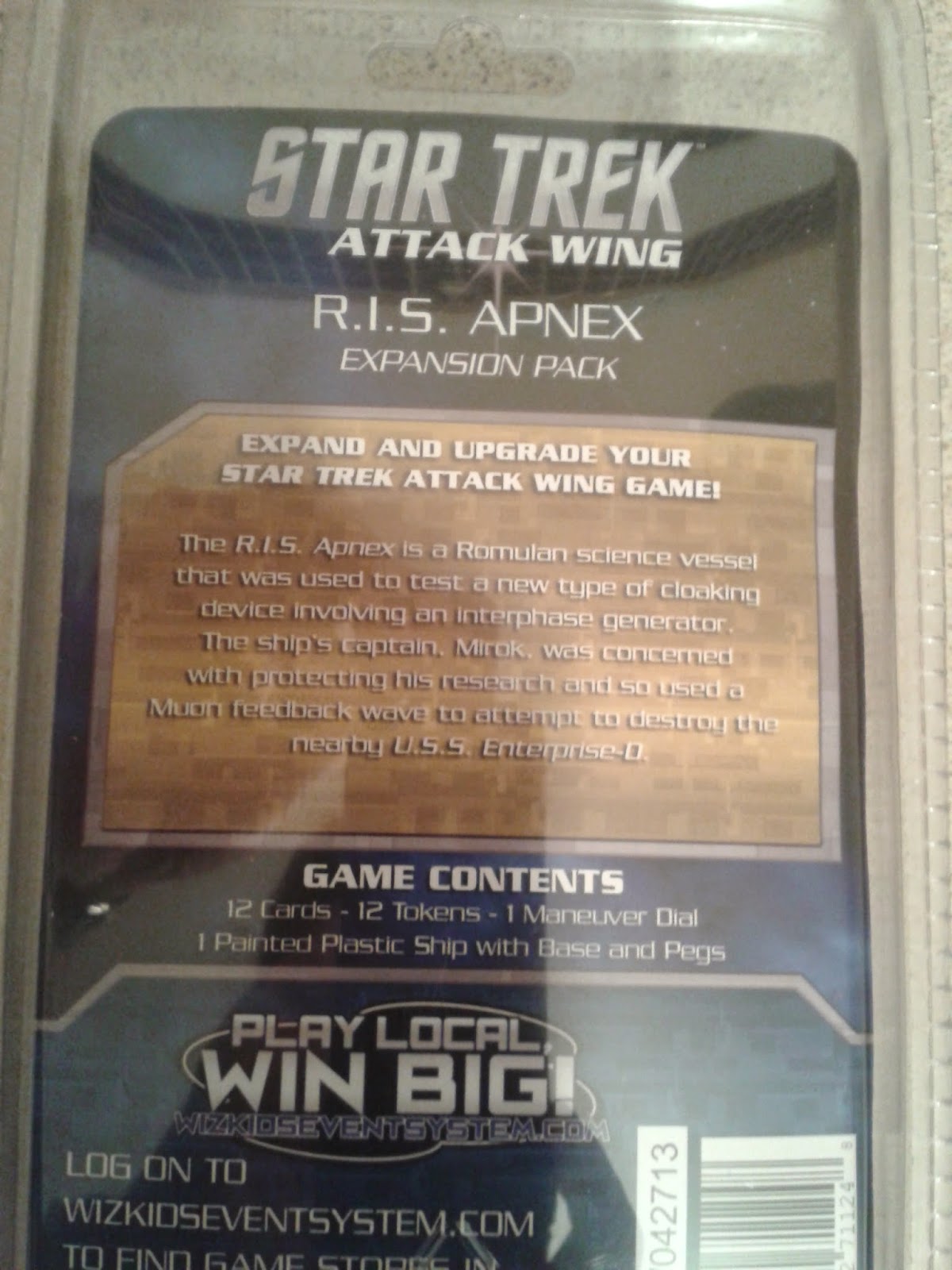 As you can see it comes in a solid packet with the faction symbol on the front, it may be hard for people buying gifts to know the difference between these, as there are a few more factions in Attack Wing then in X-Wing, but I like it! So, what do you get then in the Apnex?

Well you get a tiny little ship for a start.... 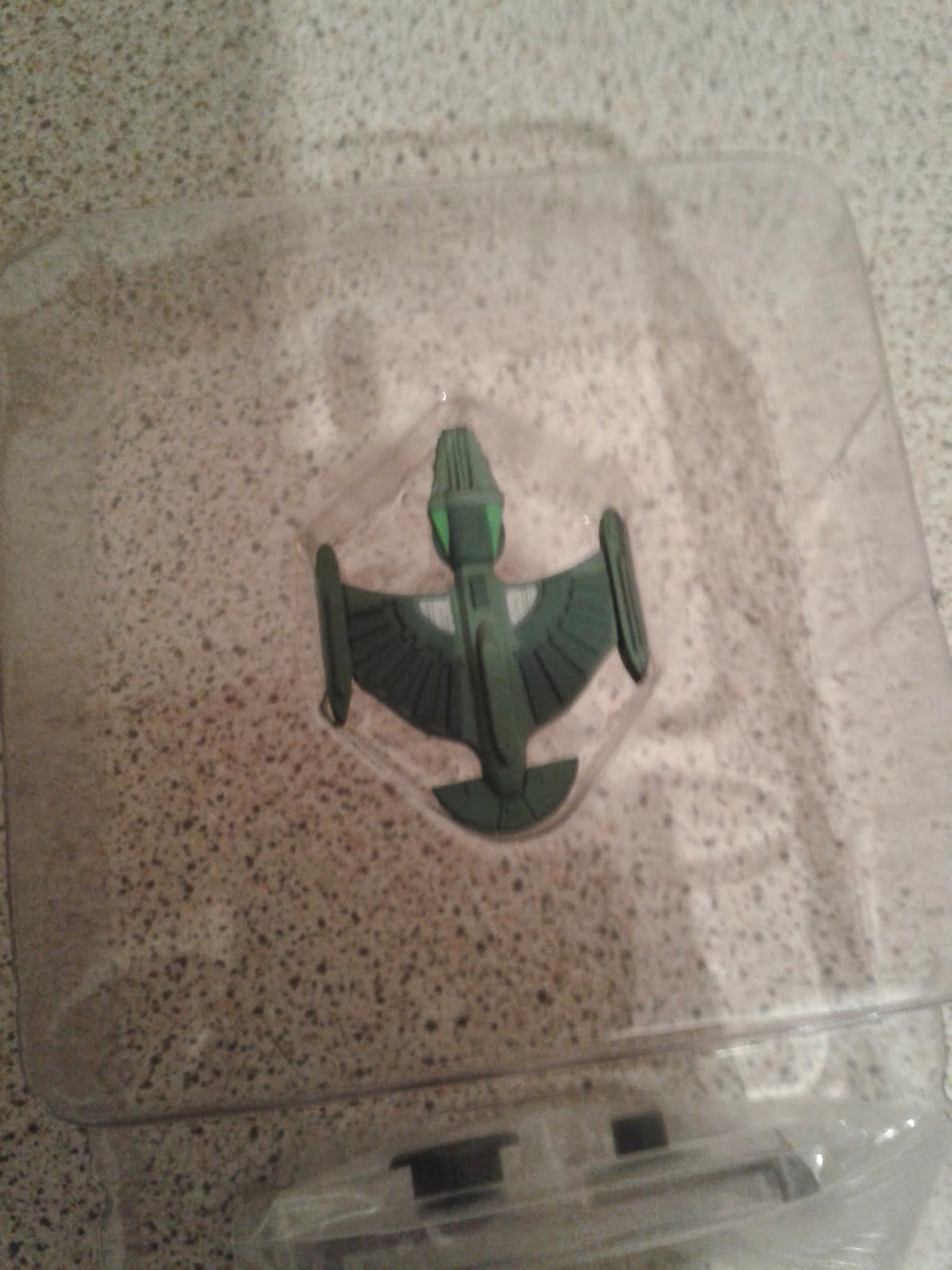 It's a cool looking little ship, and a nice enough paint job on as well with the proper green coloured Romulan warp nacelles. 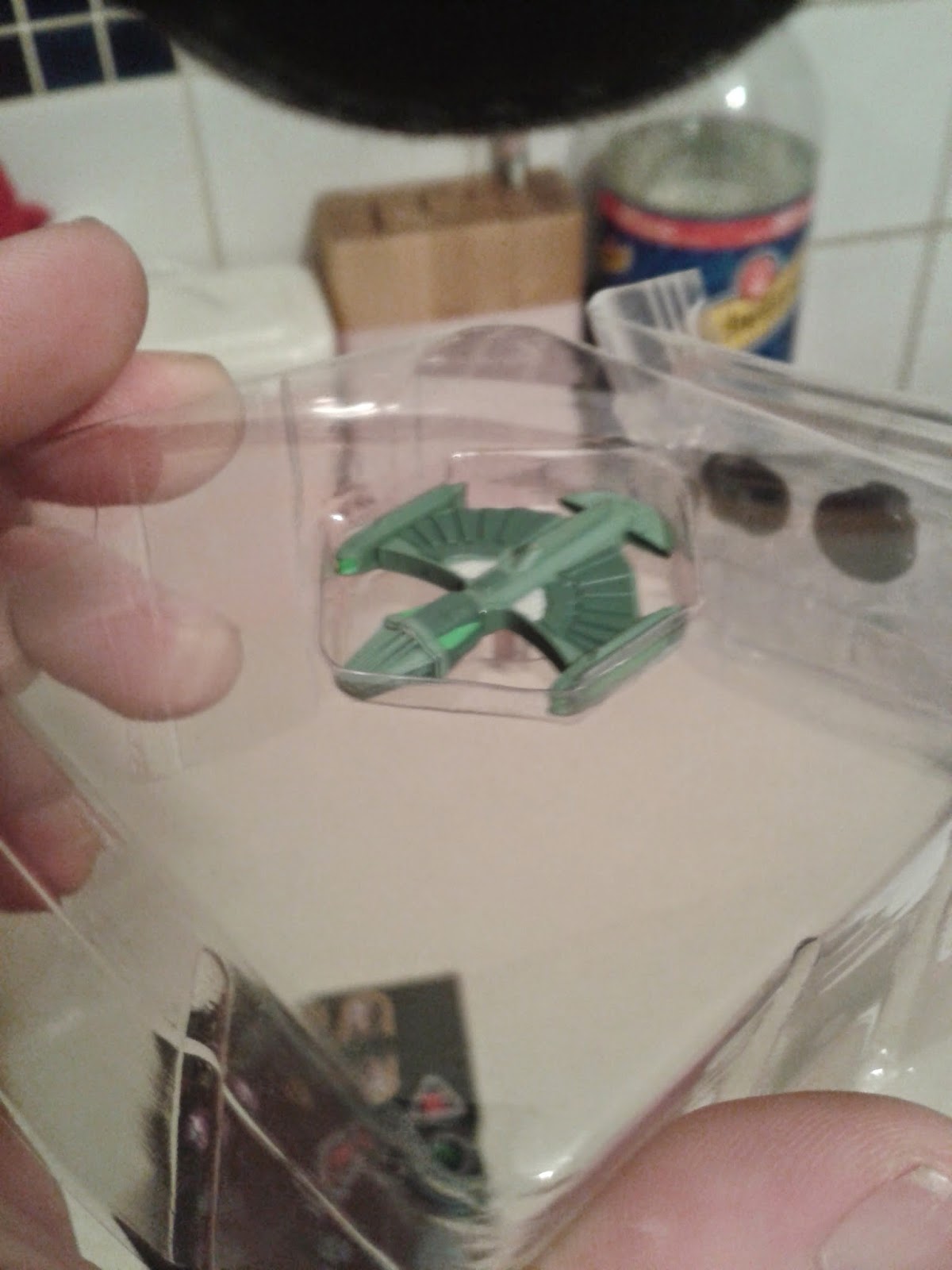 Yes it is a small ship, but it is a science vessel not a warship, as you will see by its stats.

What else comes in the pack? 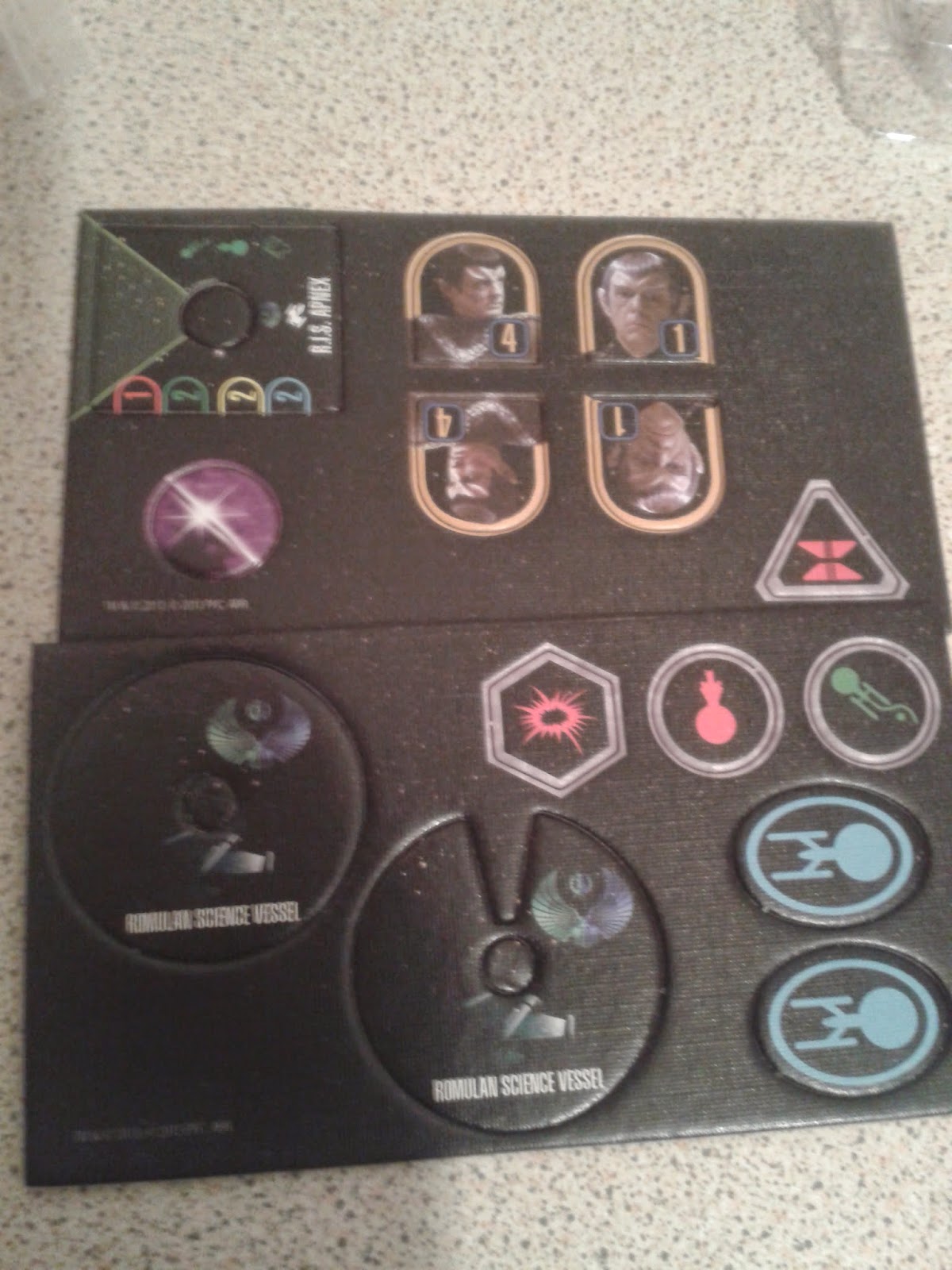 Tokens and dial of course and the obligatory stand for the ship. 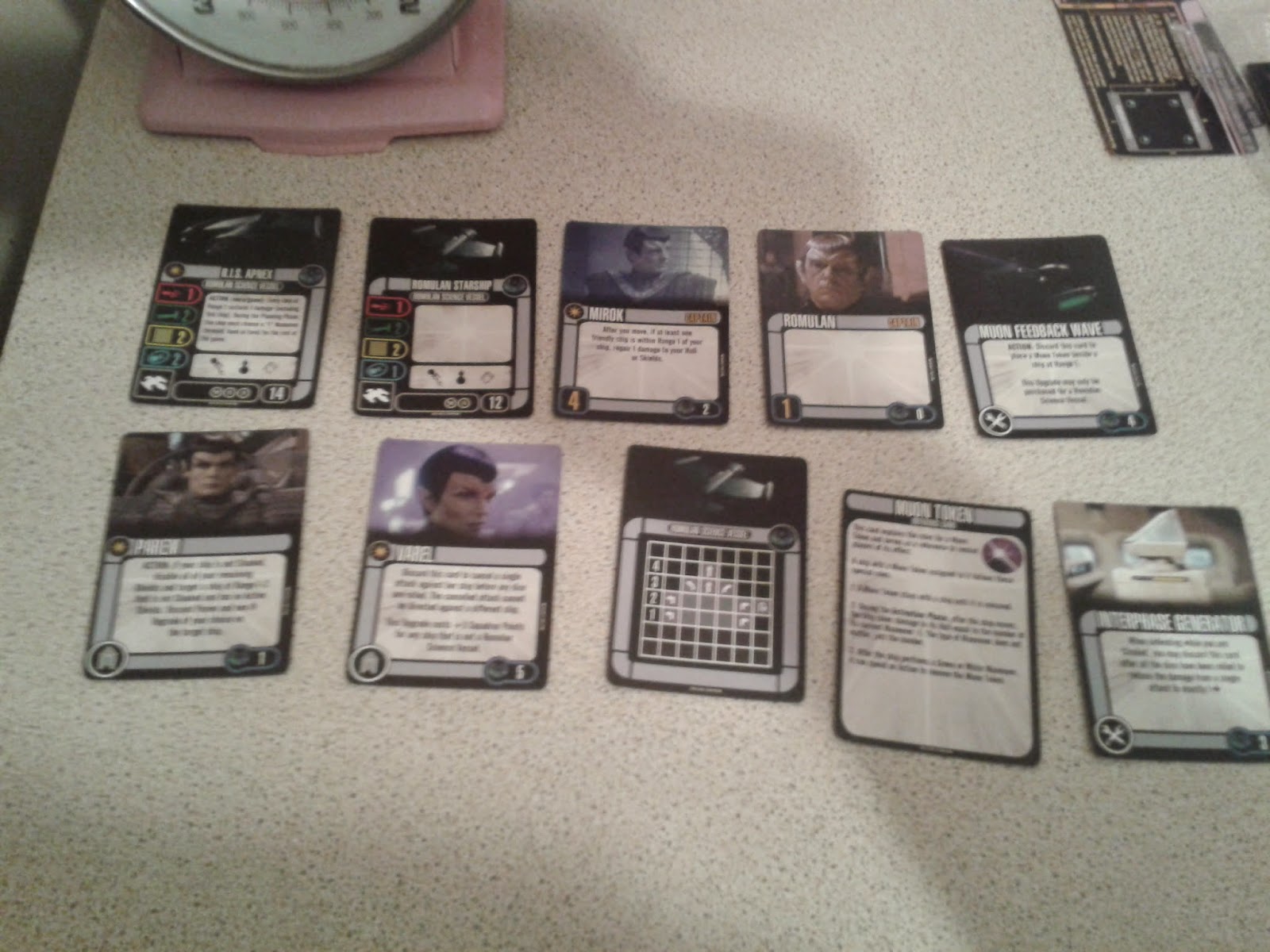 The cards that come in the pack, the named ship Apnex, and a generic science vessel.  With only 1 attack dice its not exactly punching hard, in fact barely tickling, but that's not what the ship is about, it's more of a support ship and lurker then a brawler 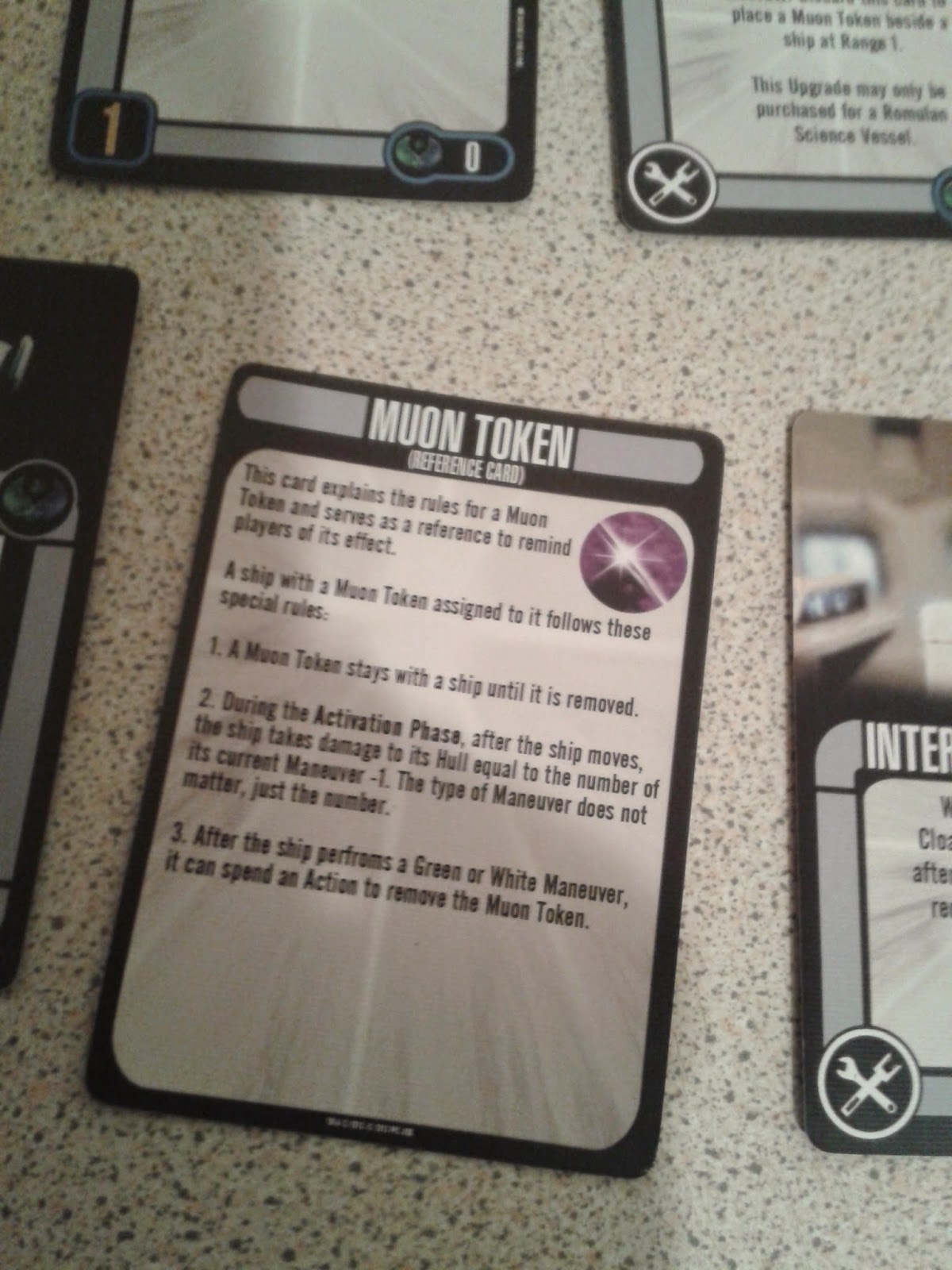 It has the card for a new token the Muon token, which can make this ship have a nasty little sting in its undersized shape.

The final thing that you get is the ship's mission. I think this is a great idea, as the standard missions in X-Wing can get dull quickly and playing a 100pt dogfight game is stale after a time. 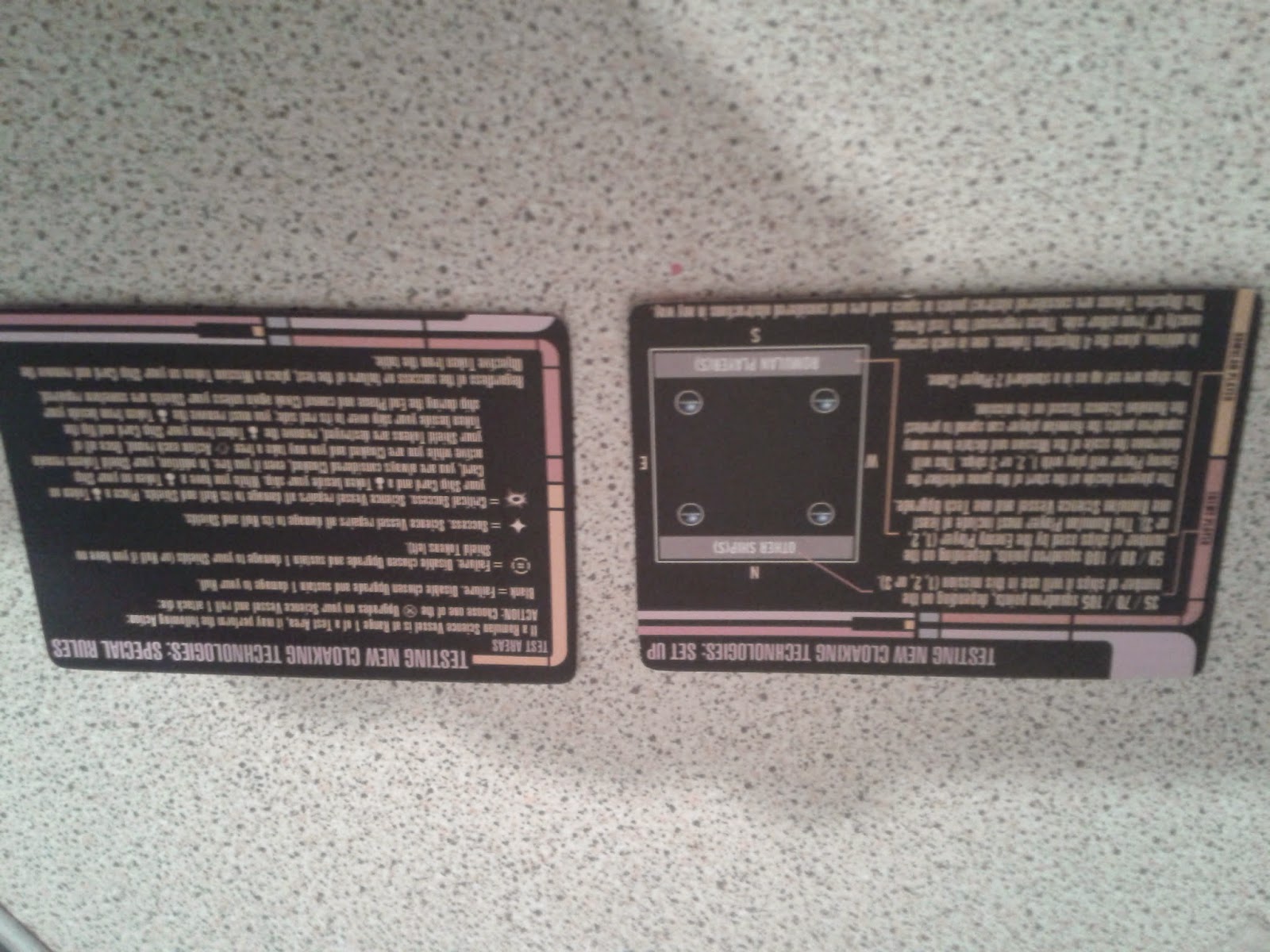 The fact that each ship brings a mission plus there is the standard points based game, and missions in the book adds a whole world of diversity to the game. 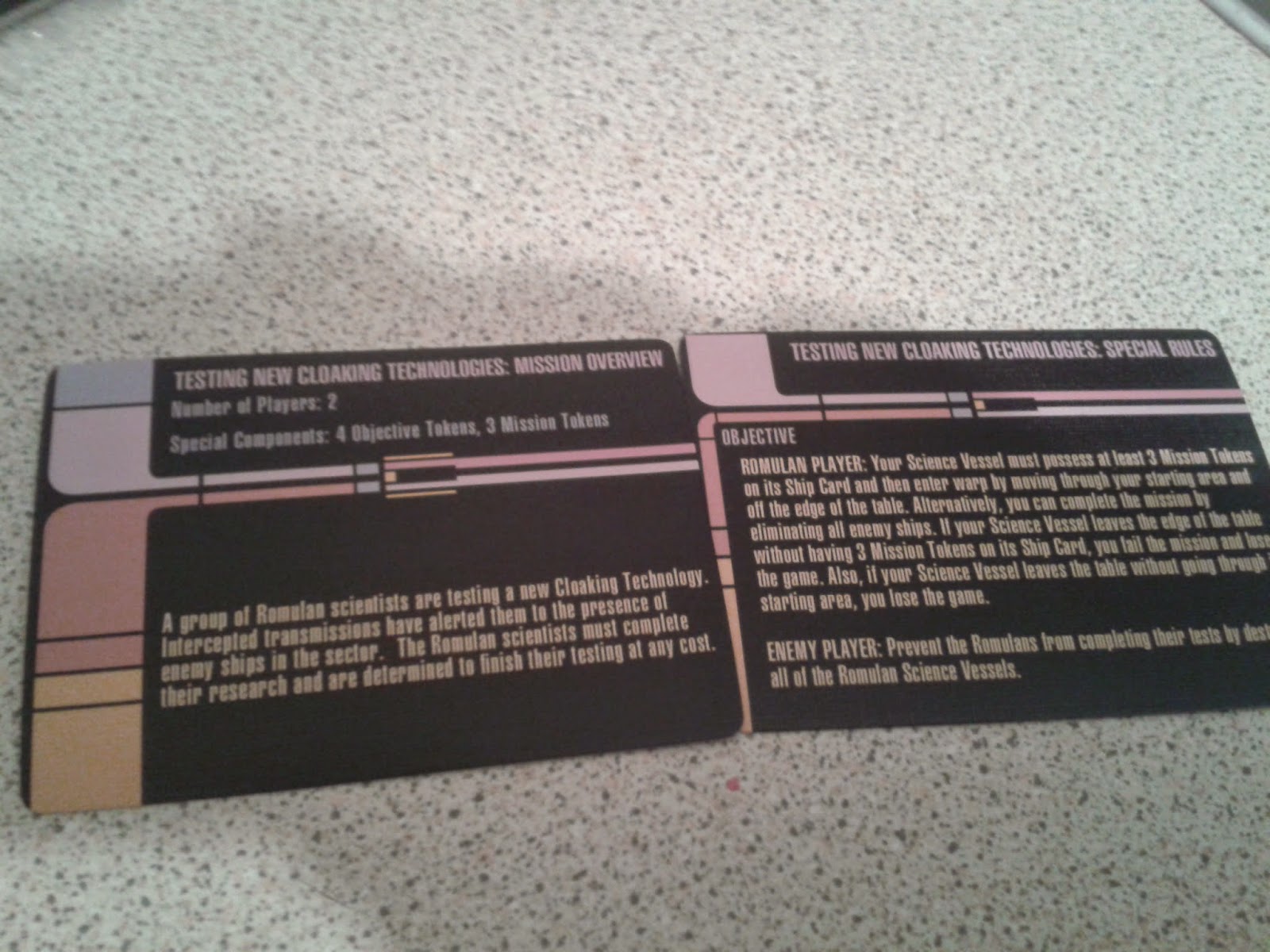 I really like what I see in this ship and think it can be fun to use, but it does have a role to fulfill, it cant get itself into a standup fight with anything more then scary then... well anything....
Labels: Attack Wing Star Trek wizkids