Another ship wings its way to my gaming board today for Star Trek Attack Wing.  Technically a Cardassian war ship it is in the Dominion faction due to their alliance during the Dominion Wars. 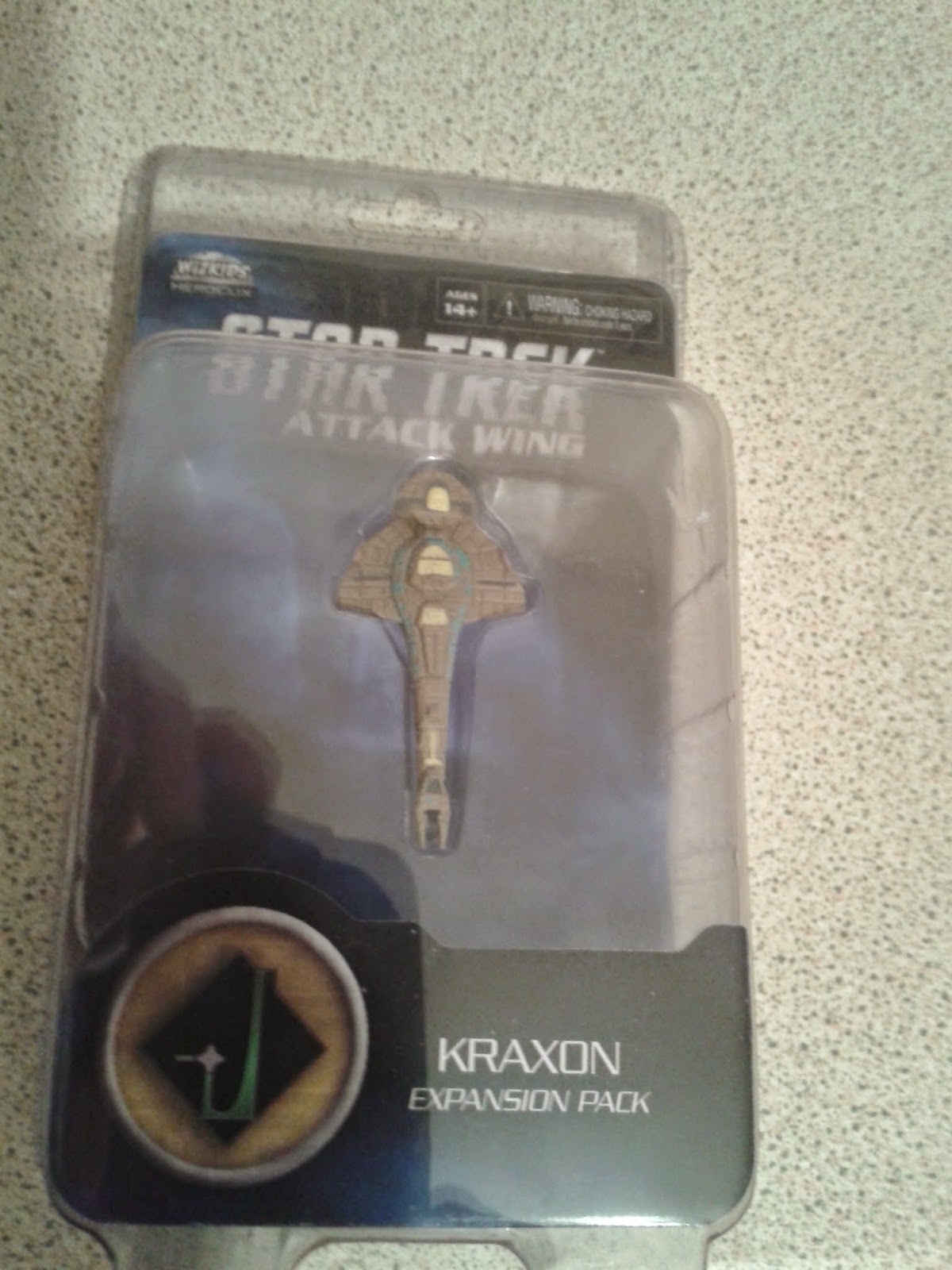 The Kraxon was a Cardassian Galor-class cruiser that was in service with the Cardassian military in the late 24th century. In 2371, the Kraxon was under the command of Gul Ranor. 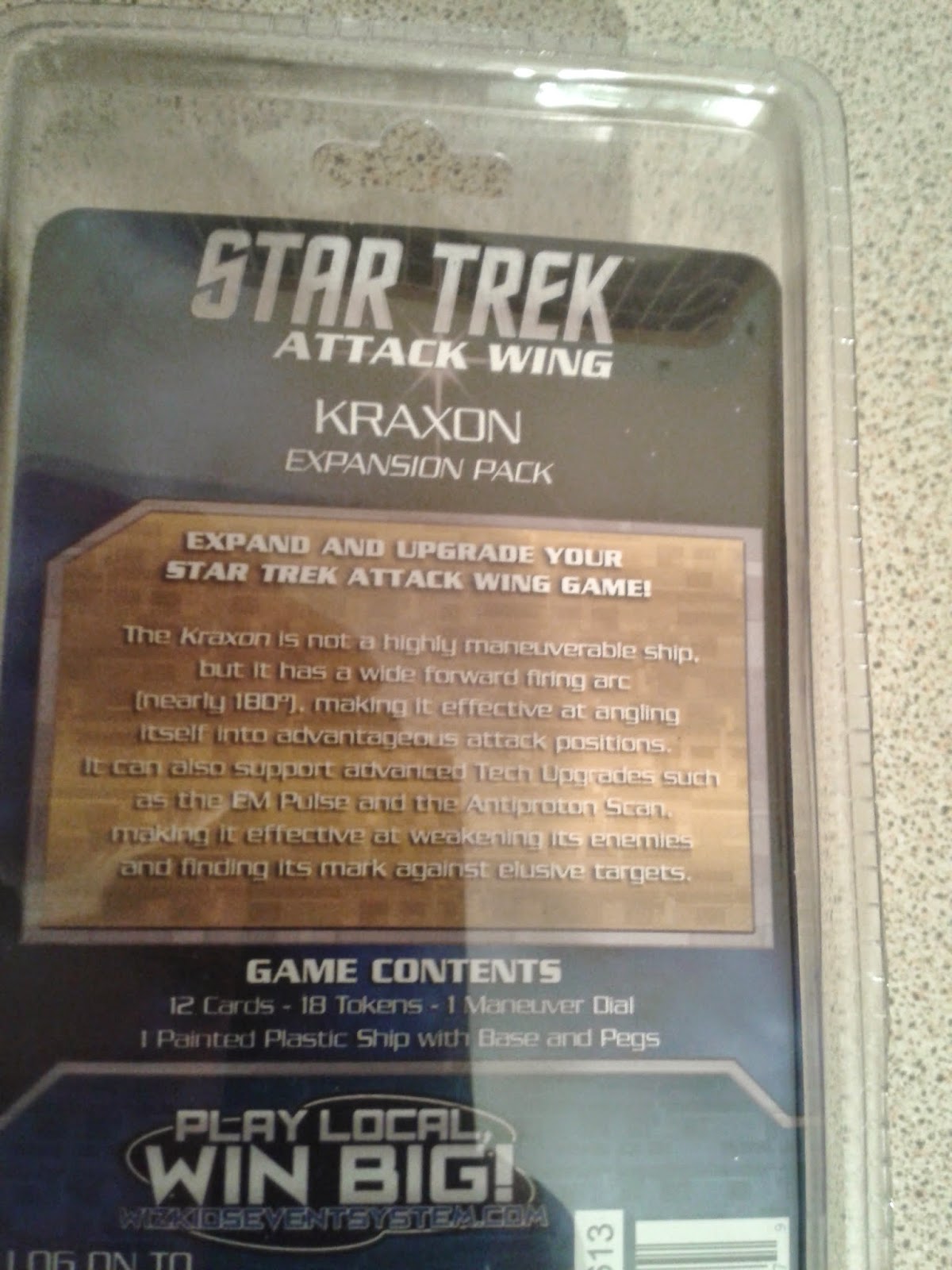 So whats in the box?  The usual nice slab of card tokens 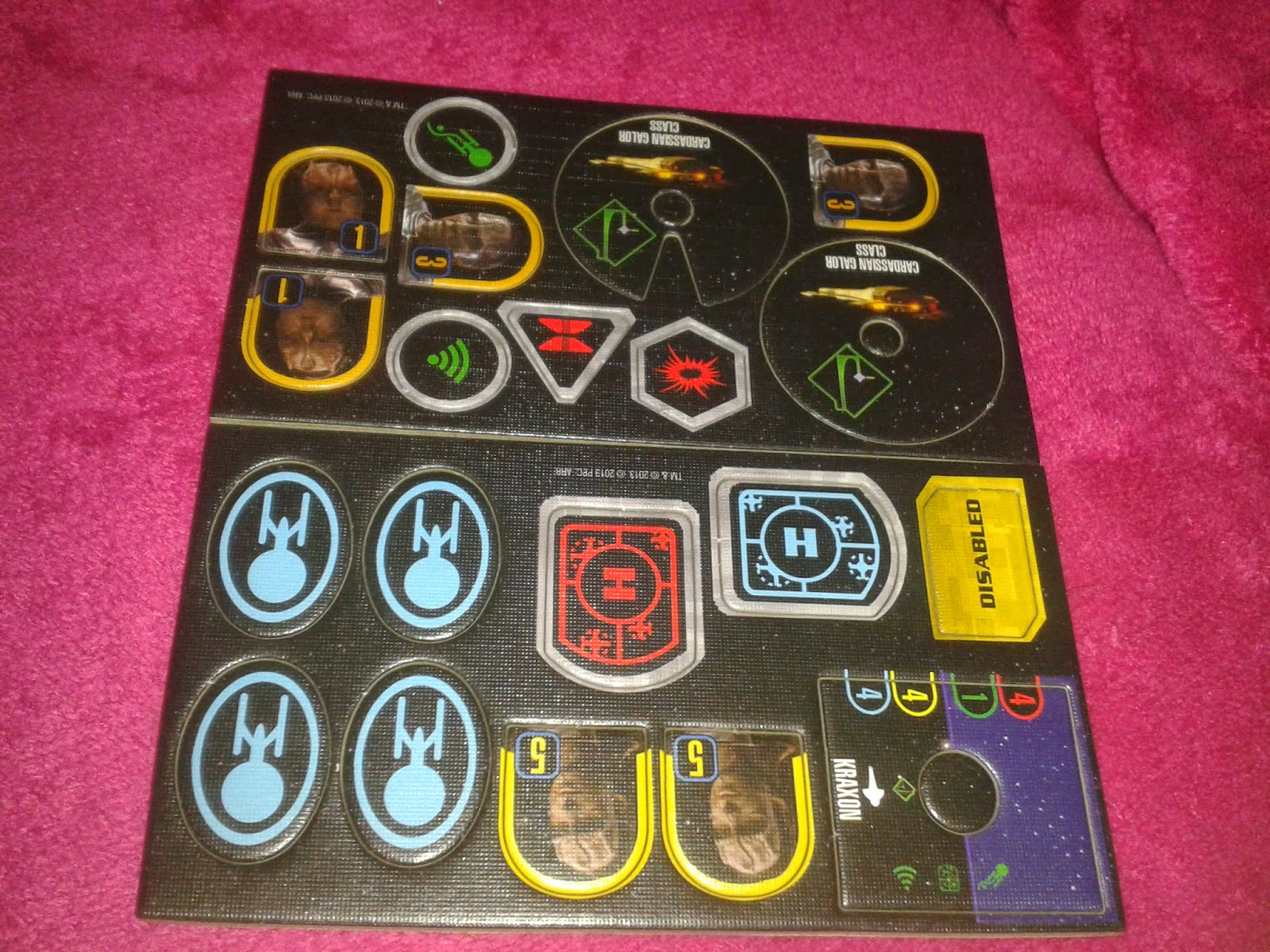 The cards that come with the ship, the named Kraxon, and a generic Galor class war ship crews and upgrades "GALORe". See what I did there..... well it amused me. 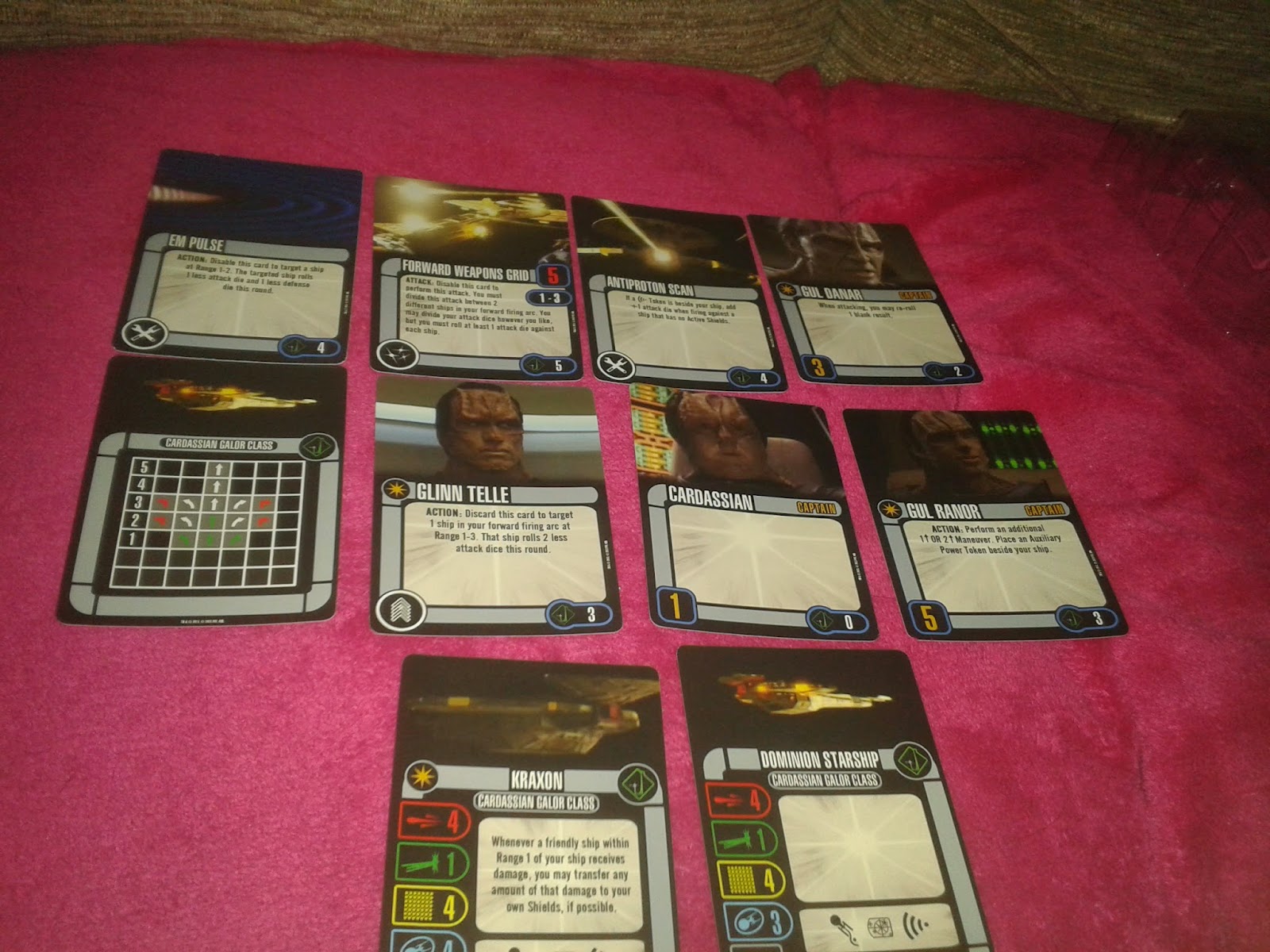 Then the ship itself, again I expected worse with these Attack Wing models from people's comments and so far have been pleasantly surprised. 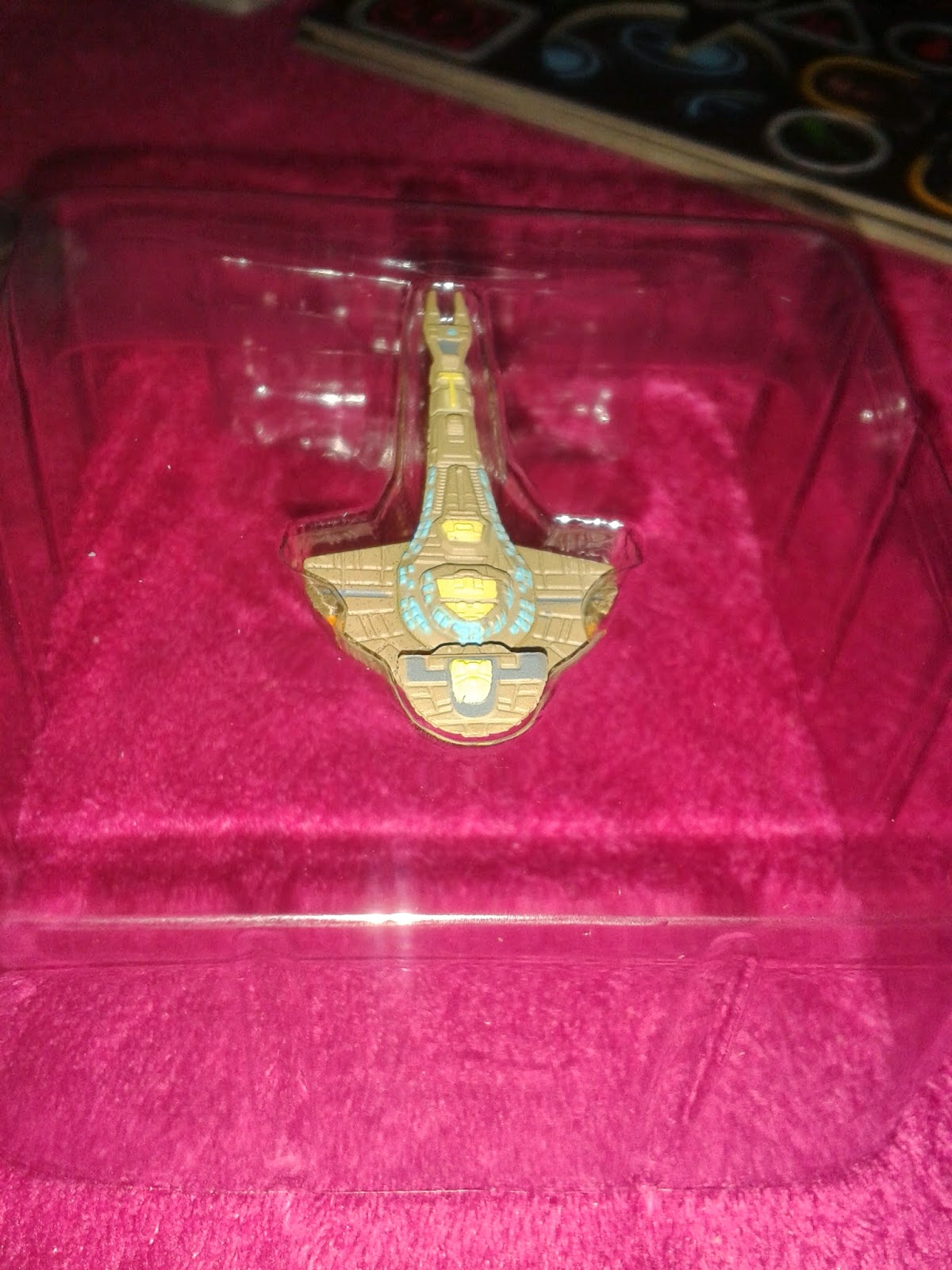 As I always say a nice wash will finish it off. 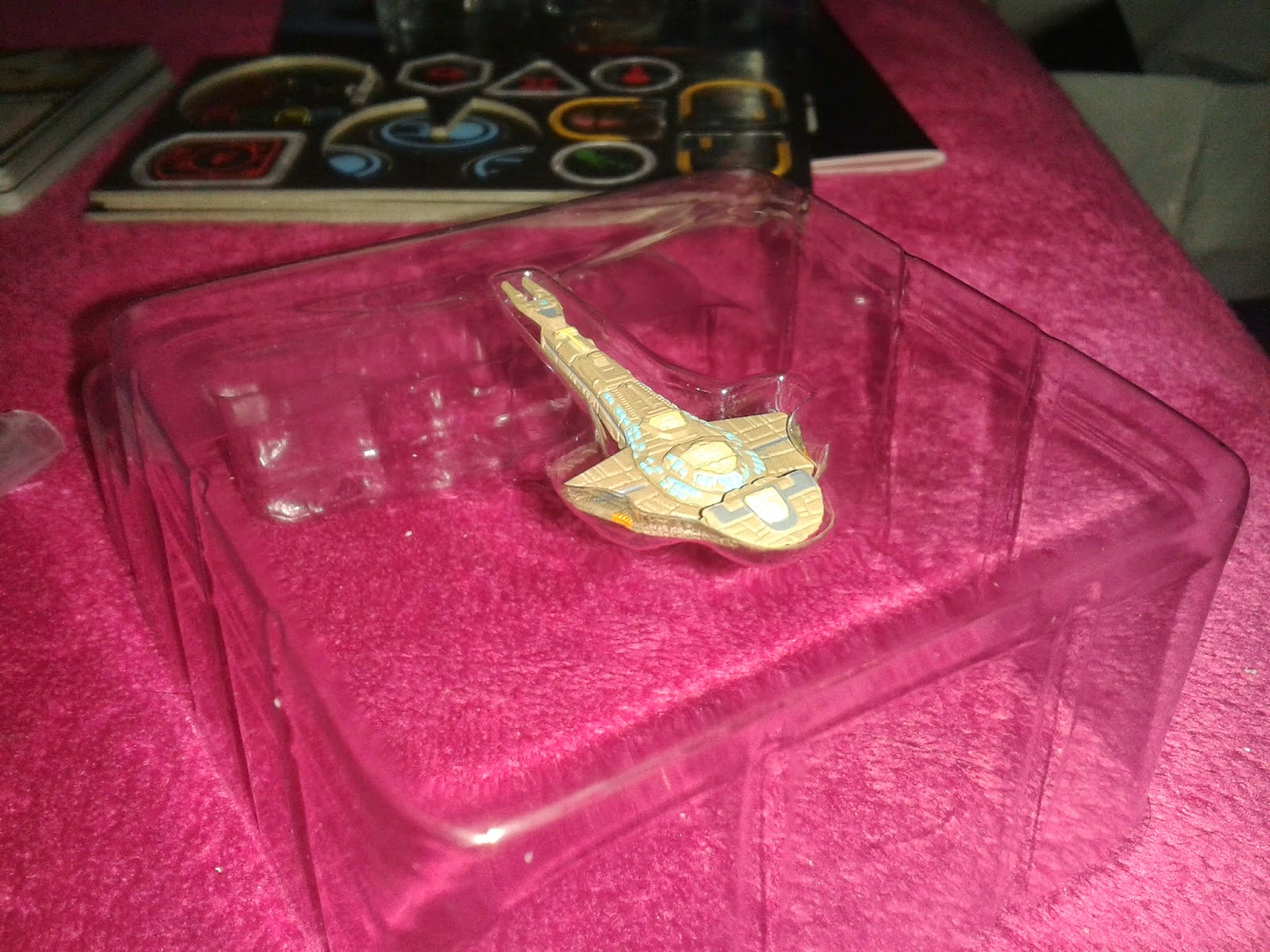 A classic ship seen on screen in the series it retains its classic look in miniature. 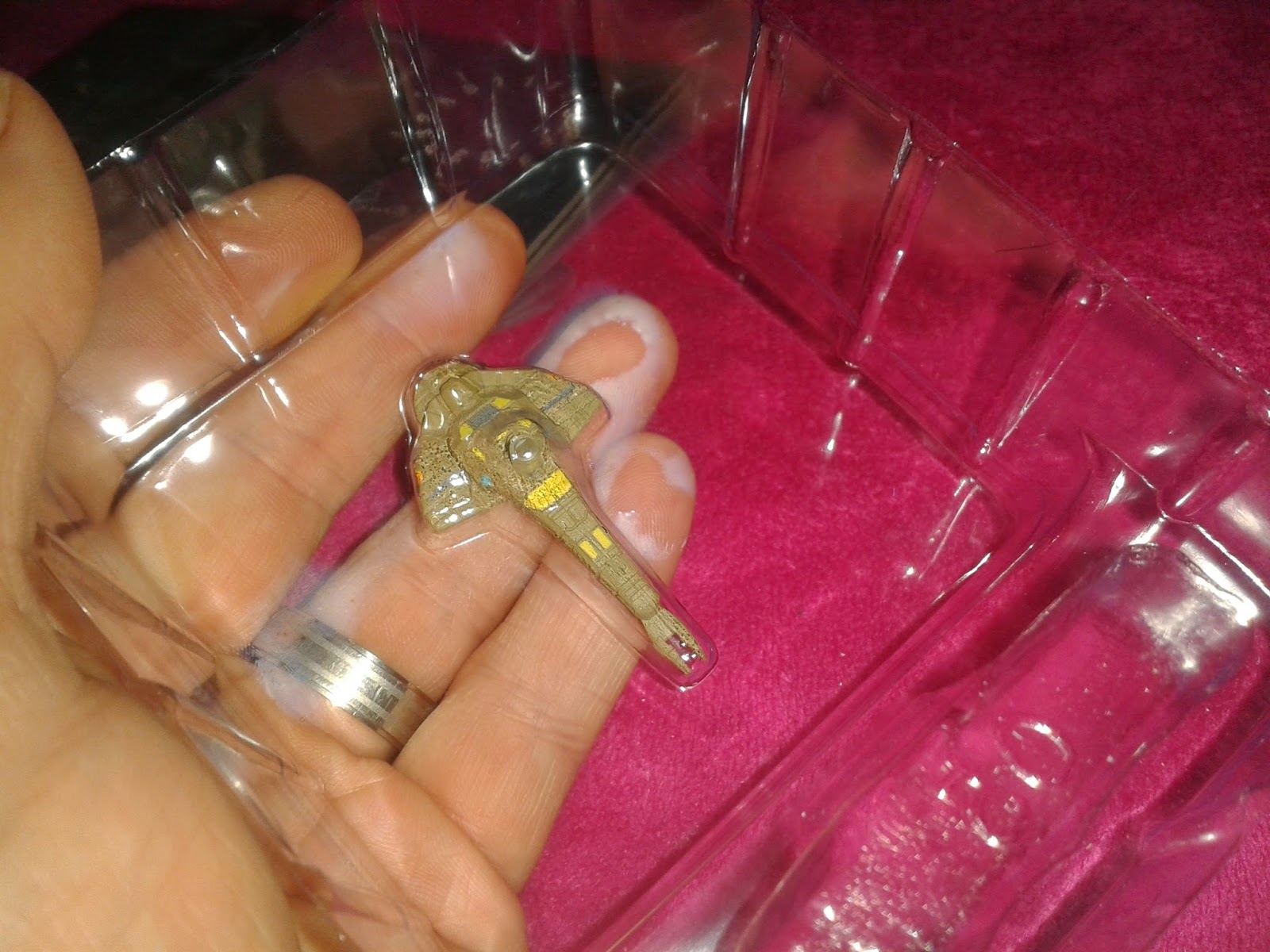 Then as is usual with all these ships a cool mission to have a go at. 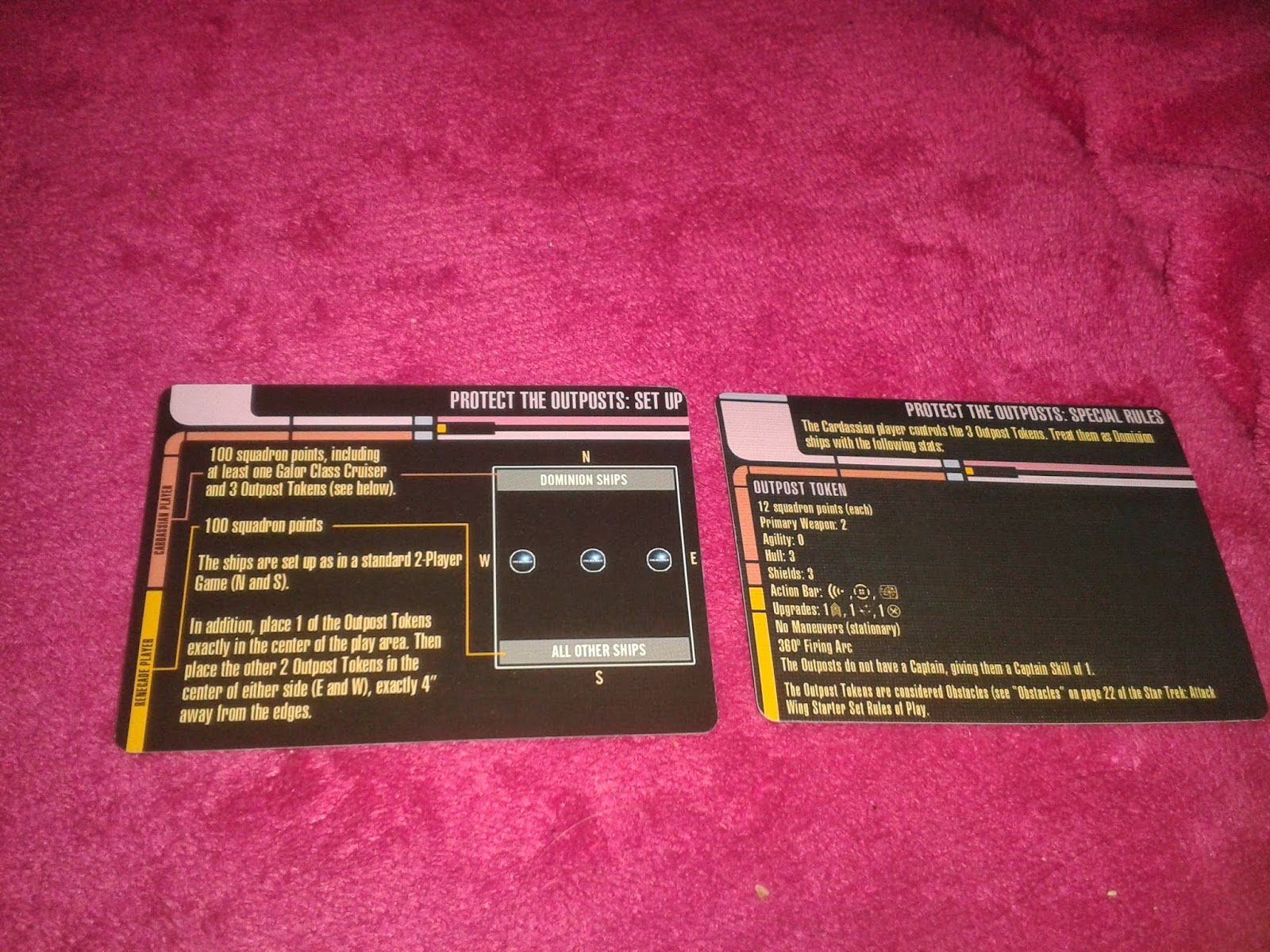 The missions use components included in the ships themselves if required and in the starter set giving a setup map, special rules, point and list restrictions and of course setup and victory conditions. I love having these missions in it to give such flavour and variety to the game (Seems like a good way to add value to the booster packs as well-Morgan).
Labels: Attack Wing Star Trek wizkids