As you may know my regular Xwing gaming opponent is my daughter Olivia, and she is becoming rather a good player.  She only plays rebels, she does not want to be the bad guys, and she has worked her own list out to use as well.  In reality its actually rather a good solid list as well! so I thought I would share it and how she uses it.....

The force in all its glory.... We run 100pts at the moment, though we both to go bigger! 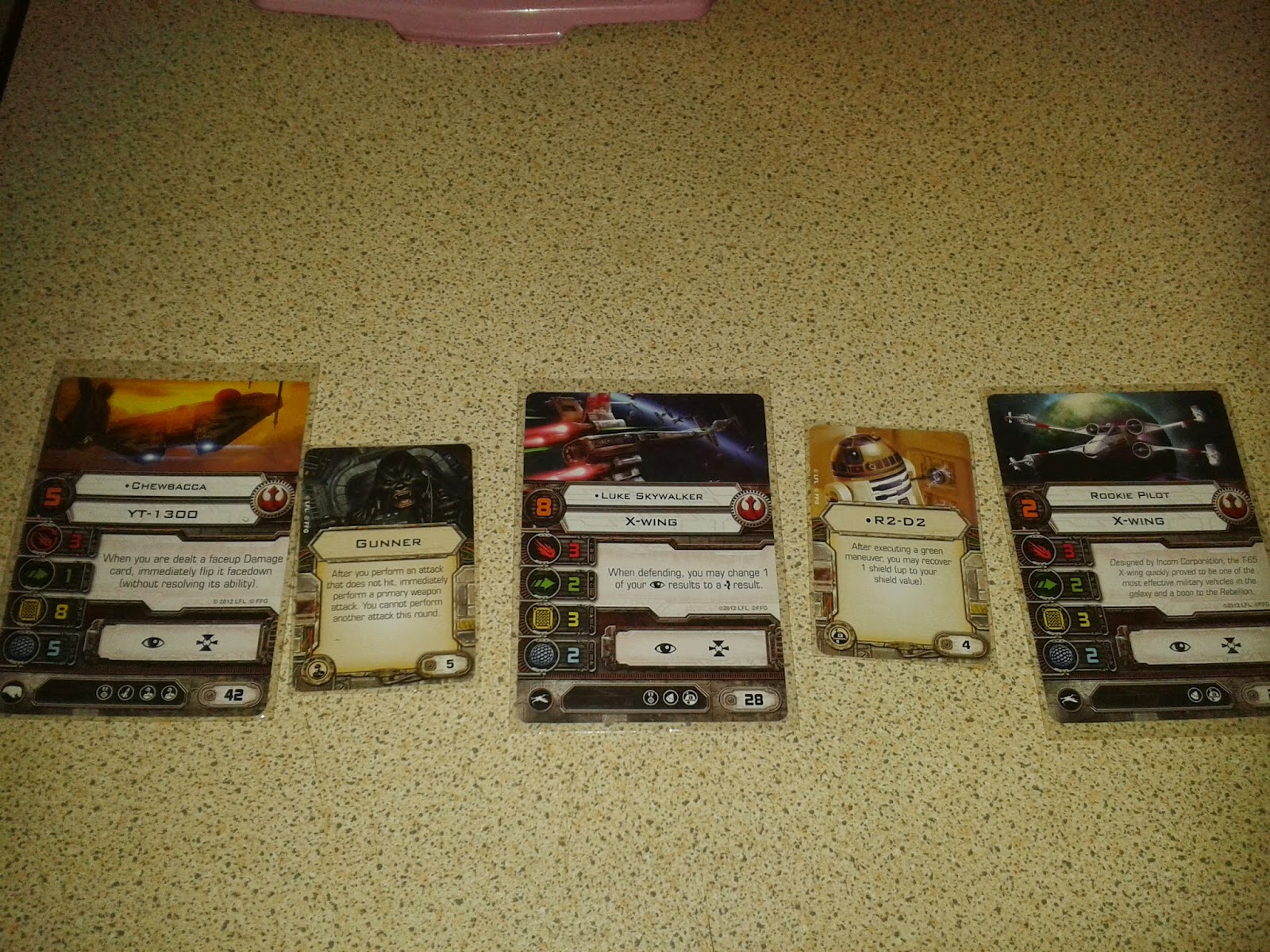 The list starts with Luke, her reasoning for picking him is well... hes Luke. shes a big fan of him in the films, and adding R2-D2 is not only thematic but very effective, he has good natural defence with his ability to change a focus into an evade and having R2 to pump his shields up means he is hard to take down. 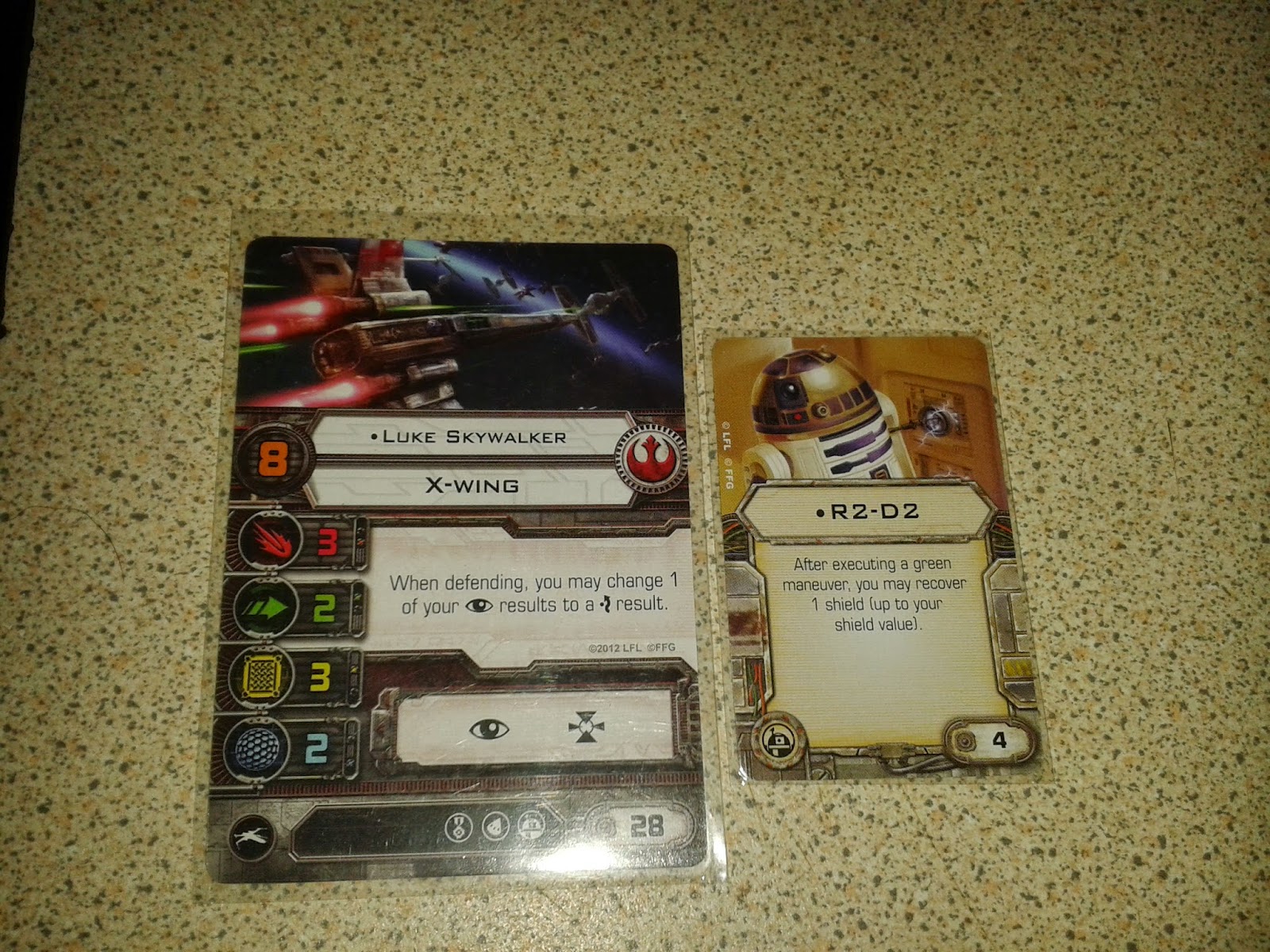 Next we have Chewie, her complete favourite from the films, she picks him again for theme because he is cool, and she picked gunner to go with him for how it works and also its another wookie.
Chewie is the tank of the list, he flys straight up in the guts and blasts away, he does not take critical damage so is hard to shift, and with gunner he is doing solid damage each turn as well. 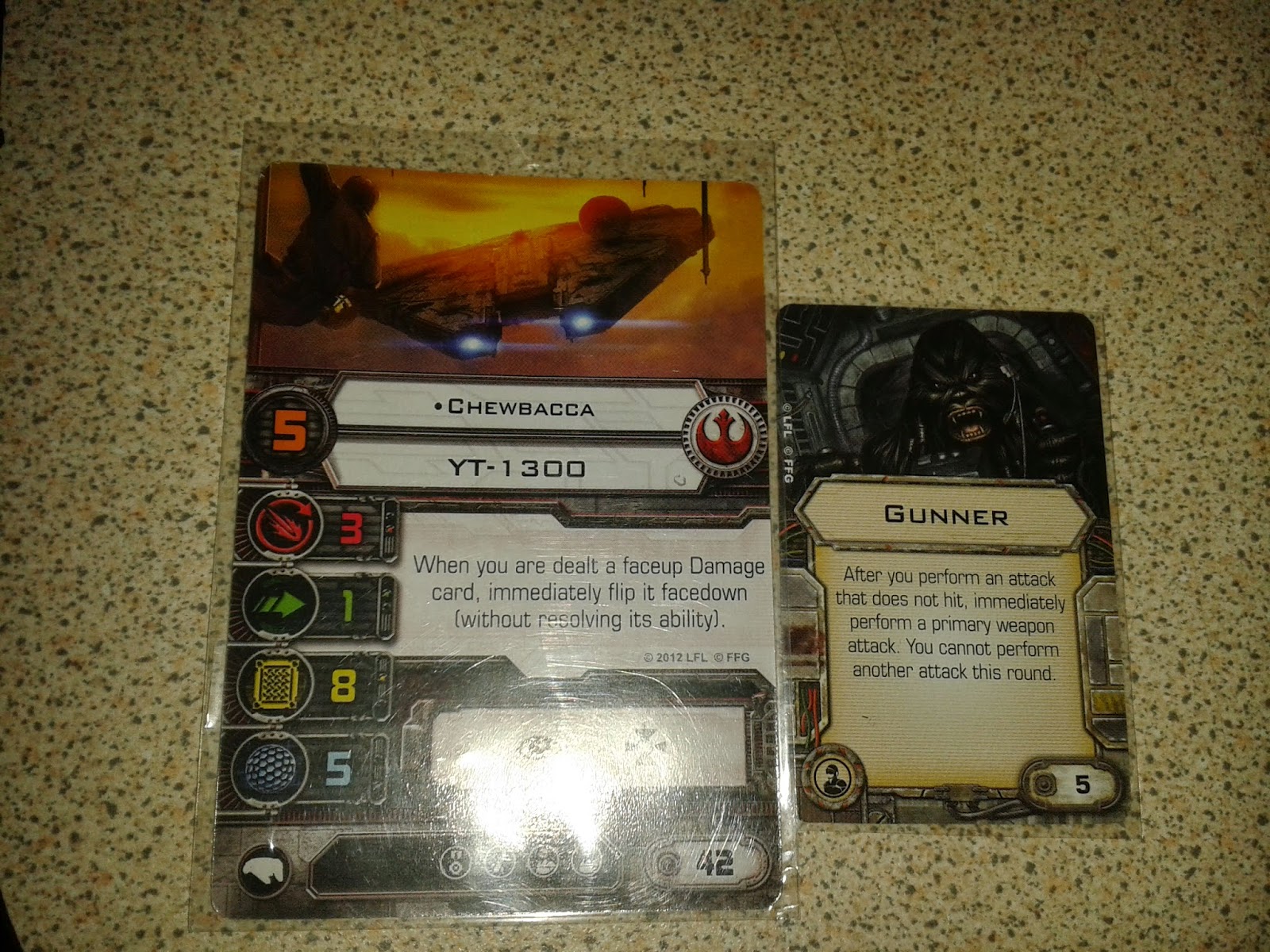 Rounding out the list is a generic rookie Xwing, as that's the only other Rebel ship we have and the points round it out nicely. 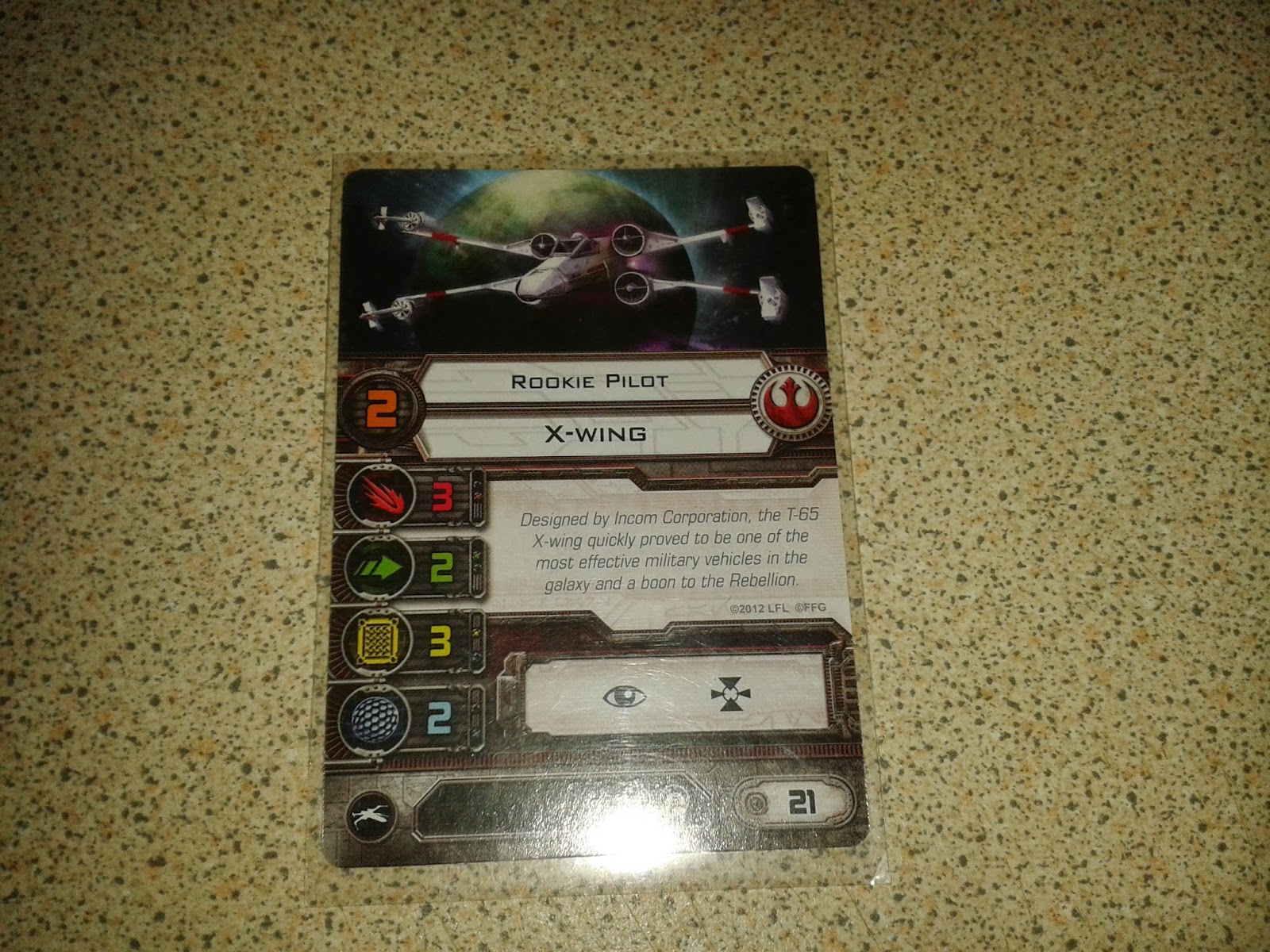 The typical way she flys is Chewie down the centre to drive into the biggest opposition as the YT is manoeuvrable, has good firepower and can take a beating.

She uses the 2 xwings together in a flank force.  Luke again being a rather solid and hard to kill ship.  With his high pilot skill, natural defence ability and R2 him and Chewie are the stars of the list.

All round rather solid list, and fun to play, so she says anyway!  its tough to break down as an imperial player.
Labels: Fantasy Flight Games Xwing