Playing against Oliva, I only get to use the Imperials due to her insistence that they are the bad guys and she will not use them.  We only play with what we have, but we have 100pt lists each.  This list I have tried in battle against other people as well, and it does rather well for itself and I enjoy playing it.
So lets see whats in it..... 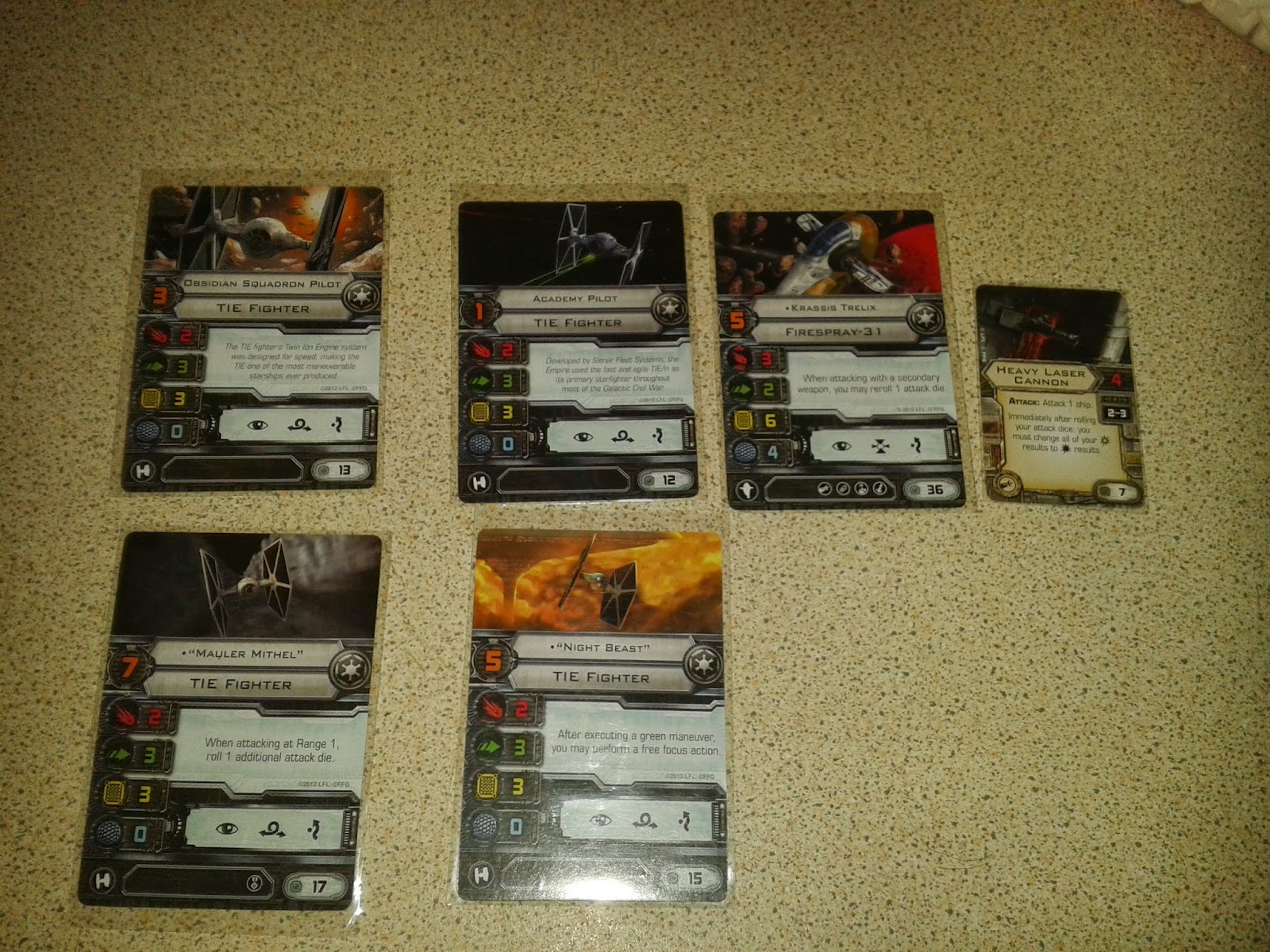 Its a five ship list, with four ties it can be fragile, the Firespray there provides some heft and firepower. 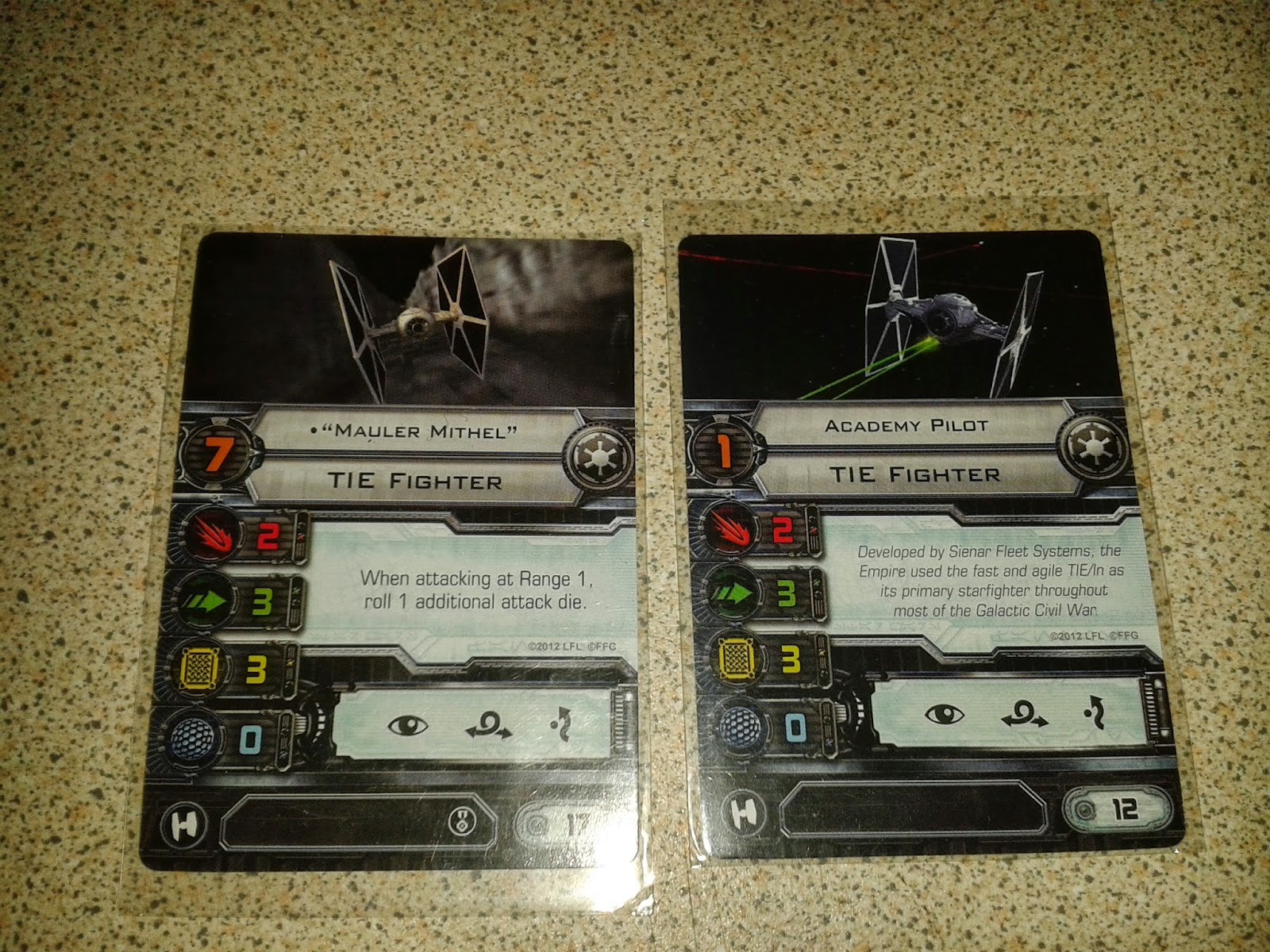 I tend to run the Ties in pairs like this, Mauler and the academy pilot on one flank.  Mauler is a brute when he gets in close, has good pilot skill and is given cover and backup by the Academy pilot, fresh from training and acting as a wingman. 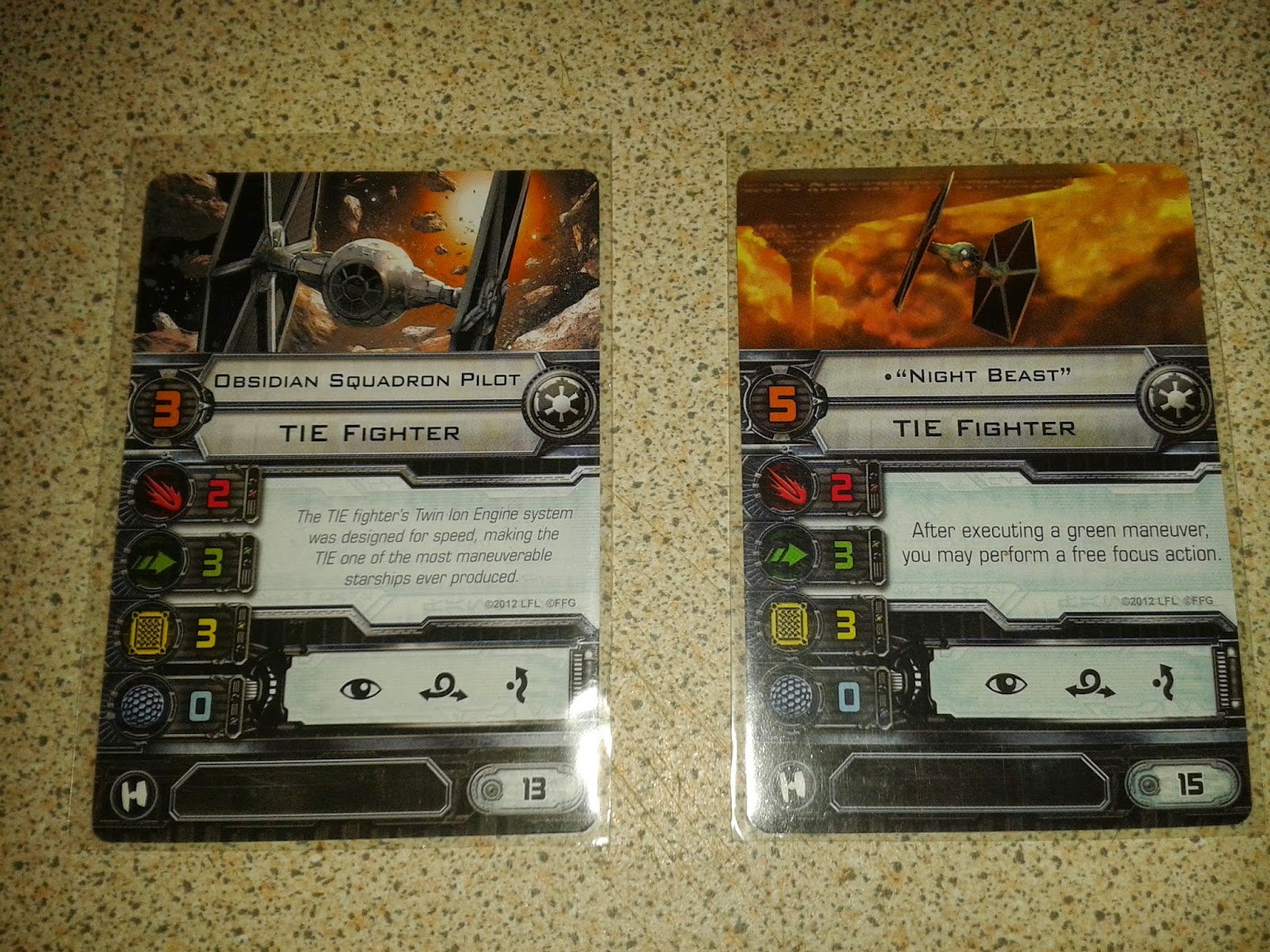 on the other flank runs Night Beast,  who can get some handy free focus actions before barrel rolling or evading making him handy and multi purporse.  he has an Obsidian pilot as his back up. 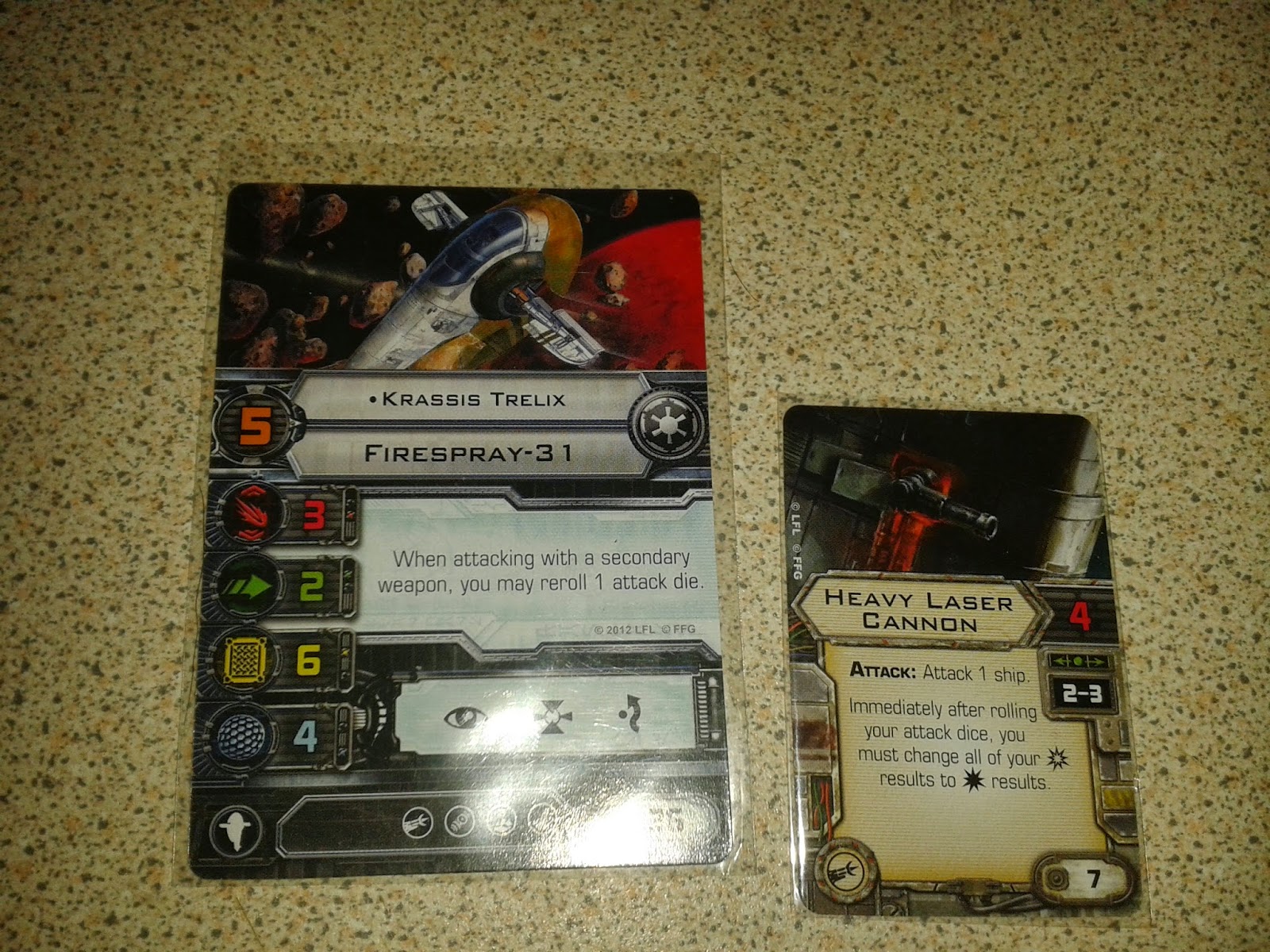 Finally Krassis Trelix with a heavy laser cannon.  His ability makes the HLC a great add on as he gets an inbuilt re-roll with it, and he even has a healthy 3 dice attack in his rear arc.

The standard setup tactics I use are Krassis in the middle, as he can swing either side if needed and still fire front and back, with a pair of Ties flanking each side.  It a fast list, the Firespray is a fairly agile ship for its side, with some good health and shields.  The Ties are fragile, a good burst from an Xwing or YT and they can and have gone down in one round, but flown well and concentrating fire from the pairs is the way to work with them.
Labels: Fantasy Flight Games Xwing