Sharing your Gaming hobby with your family

Gaming with your family.... a dream of all us nerds right? or wrong? some people say they would not want them involved with their hobby as it is an escape.  Myself I think the opposite!

I love having my family involved in my hobby, most of my gaming these days is in fact with my daughter, and she beats me fairly often.
So.... how did I get her into gaming? 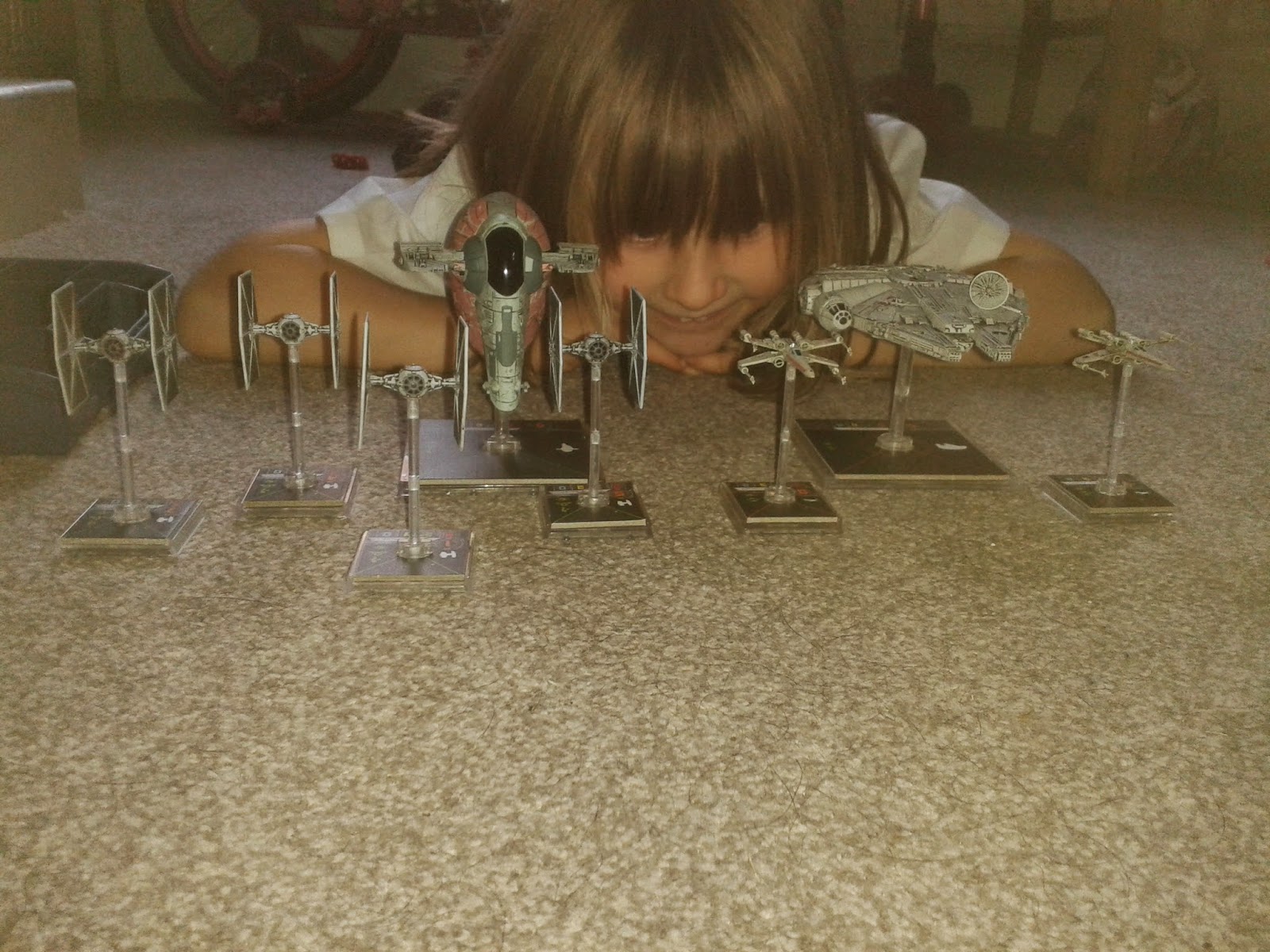 Back before a wife and children my gaming group and I used to play regularly, mostly each weekend warhammer, or 40k, or BloodBowl, or something, plus our Thursday night Mordheim campaign, and every other week our Roleplay session.  So plenty of gaming was done, but life happens, some of the group got married, had children and gaming time dropped dramatically.  We still regularly roleplay, but are lucky to game once a month.  Very lucky.

My wife is very tolerant of my hobby, she is great about it, leaves me happily painting toys, playing with models and organising tokens.  She still thinks I am a great big nerd, but leaves me to it with just gentle mockery.

As my daughter has got older I have shared things with her to watch, Star Wars, Star Trek, history channel, all sorts of things.  She has seen me painting models, always shown an interest, and I have told her everything she has asked, had her help me, pass me models, even let her paint her own purple panzer. Which she totally enjoyed.

We watched Star Wars and Star Trek together from a young age, so when I got Xwing of course she wanted to look at it.  I was dubious out her with the models as she is 5, and they are fragile. but she has always been careful before handling my toy soldiers so I thought why not.  When I actually told her it is a game she seemed surprised and asked to play it. I did not expect much I have to admit, I explained the basics as we went, and she soon mastered it, now we have  played the full rules for so long I forget when we switched.  She has mastered the rules, of the game and loves it.  Also she is very good at it as well.  It helps to keep her interest by watching it regularly as it is something we both enjoy and we can curl up together for fun to watch.

It made me wonder though.... did she want to play it because I had it as a game? or because its star wars and she has seen and knows Star wars.  I think it may be both to be honest.  She does not really have any interest in playing Bolt Action, nor am I sure she would get it to be honest.  Or Dystopian wars, but these may come the older she gets. 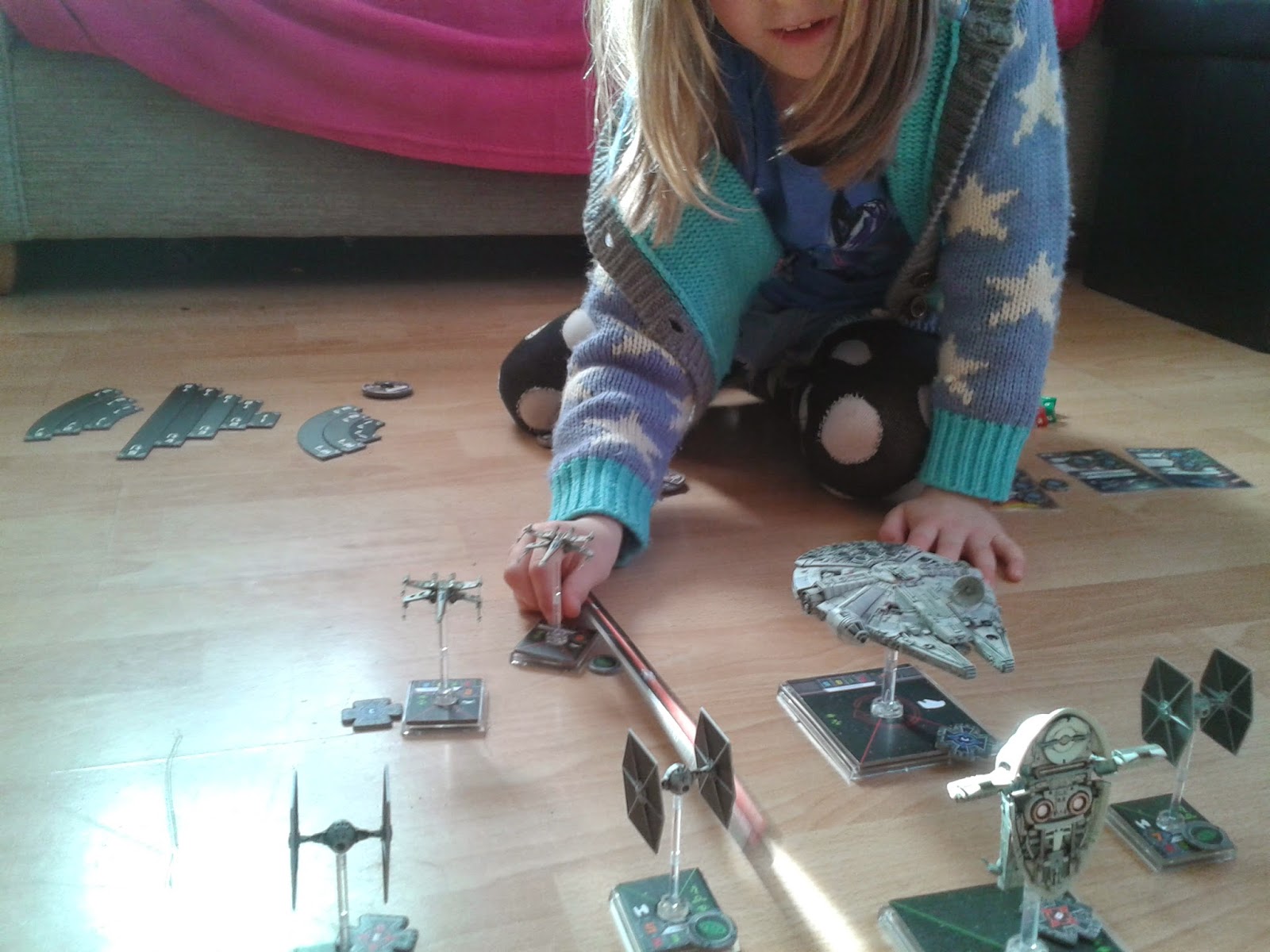 What made me think this was I was watching some videos for Star Trek Attack wing online, she saw it and said, ohh I got you that spaceship (after seeing the enterprise)  and added we watch star trek.  So she sat and watched the video, saw it plays in a similar fashion to Xwing, and said... its like xwing, I can play that.  So we watched some more, she has decided we should play it and get the game.  But.... only if she is the federation! she does not want to be the "Bad Guys" 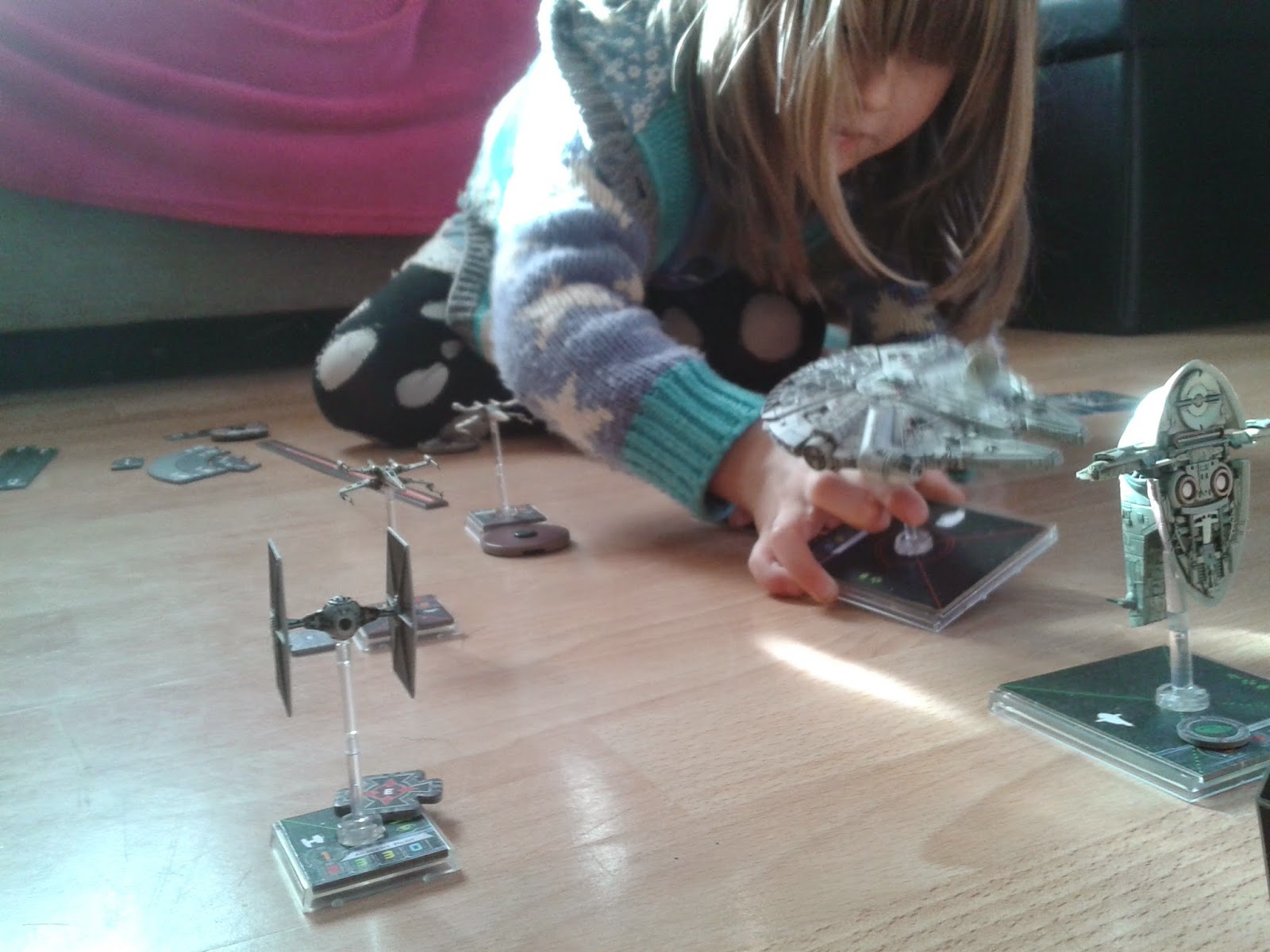 I Love gaming with her, it feels different to gaming with my friends, its more relaxed, but more exciting in some ways, seeing her face when she concentrates, or when she discovers a new idea to try, its really rewarding.  Do not get me wrong I love gaming with my pals, but we are so used to it if that makes sense.  Seeing my daughters journey through gaming is making me appreciate it in different ways.  Going back to the basics of gaming.... fun...