The Katyusha was an "Interesting" build.  I am happy with how it turned out though and I learned a few tips for further builds.  Lets take a quick history lesson on the Katy...

Katyusha multiple rocket launchers, are a type of rocket artillery first built and fielded by the Soviet Union in WW2. They deliver a devastating amount of explosives to a target area more quickly than conventional artillery, but with lower accuracy and requiring a longer time to reload. They are fragile compared to artillery guns, but are inexpensive and easy to produce. Katyushas of World War II, the first self propelled artillery mass-produced by the Soviet Union, were usually mounted on trucks. This mobility gave the Katyusha another advantage: being able to deliver a large blow all at once, and then move before being and attacked with counter battery fire. 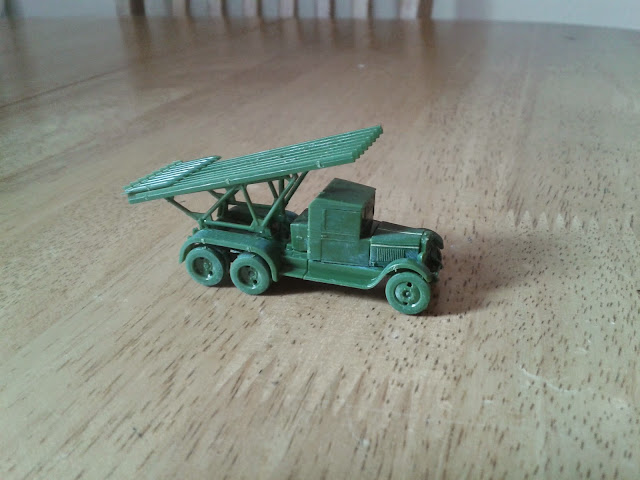 It turned out ok, but I have some tips, following the instructions  for this it is a clip together model.  Ignore that,  I tried, and the pieces are so fragile as soon as you apply pressure to clip them they bend and are about to break. 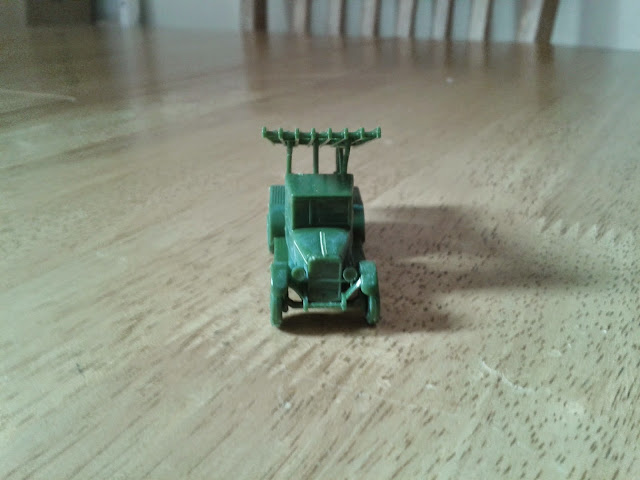 I cut the nubs off where most parts locate like the fragile rocket rails, and just used some good old glue. 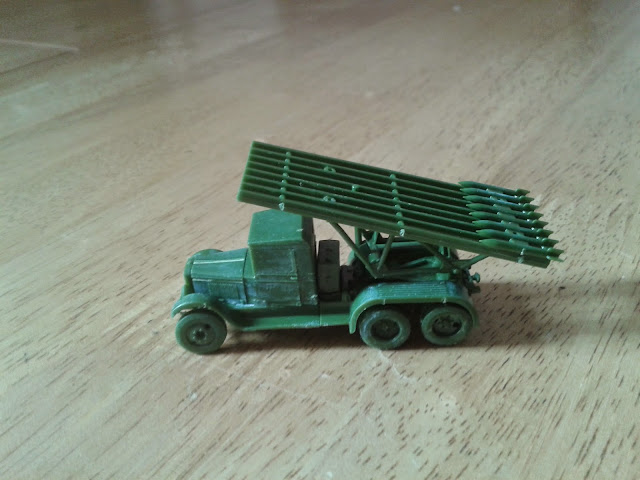 The bonnet was not easy I had to bend it into shape and hold it in position. 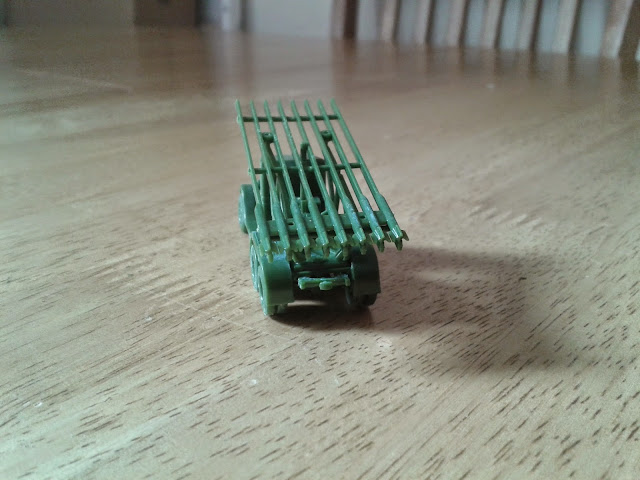 The amount of parts compared to other Zvezda models was scary and made for a longer more complicated build.  Was it easy to put together?, well fairly once I mastered trimming the fragile parts. does it look ok? yes... I think it came out alright! its a cheaper alternative then any other and I have heard easier to put together then some other ones even! 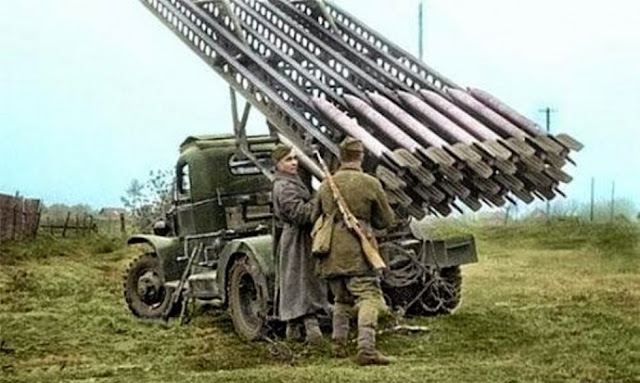 Initially, concerns for secrecy kept their military designation from being known by the soldiers who operated them. They were called by code names such as Kostikov guns, and finally classed as Guards Mortars. The name BM-13 was only allowed into secret documents in 1942, and remained classified until after the war.
Because they were marked with the letter K, Red Army troops adopted a nickname from a popular wartime song, "Katyusha", about a girl longing for her absent beloved, who has gone away on military service.  Katyusha is the Russian equivalent of Katie, an endearing diminutive form of the name Katherine: Yekaterina →Katya →Katyusha.  German troops coined the sobriquet Stalin's organ

Overall the model gets a 7 out of 10... once you know how to put it together its fine, but struggling with it can lead to broken bits!
Labels: Soviet world war 2 world war ii Zvezda