Zvezda are well known for a range of cheap kits that fit in with your Flames of War line. some of them are very good, others.. not so great, but all are excellent value so well worth taking a look at line by line. 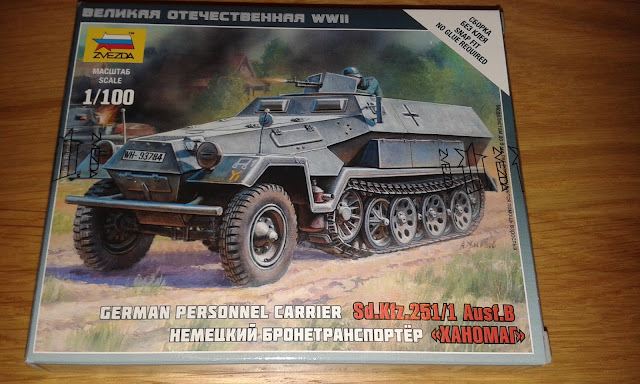 The Sd.Kfz. 251 (Sonderkraftfahrzeug 251) half-track was an armored fighting vehicle designed and first built by the Hanomag company during World War II, and based on their earlier, unarmored Sd.Kfz. 11 vehicle. The larger of the pair (the Sd.Kfz. 250 being the lighter one, designed and built by Demag) of the fully armored wartime half-tracks of the Wehrmacht, the Sd.Kfz. 251 was designed to transport the panzergrenadiers of the German mechanized infantry corps into battle. Sd.Kfz. 251s were the most widely produced German half-tracks of the war, with at least 15,252 vehicles and variants produced by various manufacturers, and were commonly referred to simply as "Hanomags" by both German and Allied soldiers. 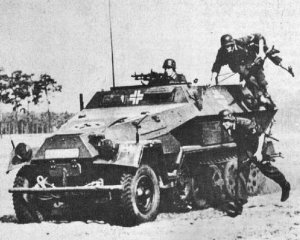 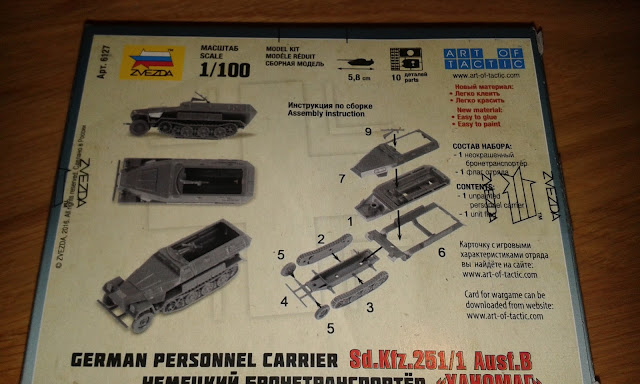 The Kit only comes in 10 parts, so is firly simple to put together, and you get the instructions on the back of the box.  You may notice the completed Kit image does not quite match the image on the front.  Sadly this seems to be a bit of an issue with Zvezda.  This halftrack does not half the gun shield, so is more indicative of the very early war models, though of course if you want to use it in late war it would work, as the Germans where never one for ditching gear that could be used, so it will work, but may annoy some folk.  I am not too bothered as i like the mix and match certainly if you thinking of the fall of Berlin era, you can imagine these being pulled out the training schools they where probably used in and chucked into the fight. 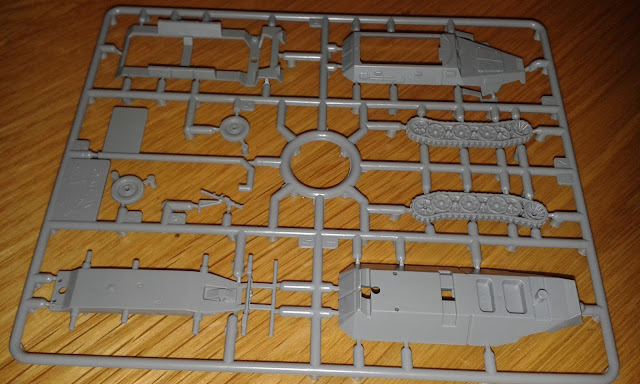 Its just a single sprue inside, its pretty flat, but then so was the real vehicle, so its not a problem.  There are tools moulded on to break it up a bit. 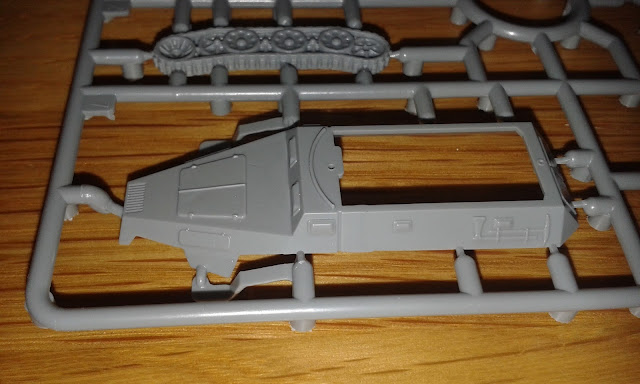 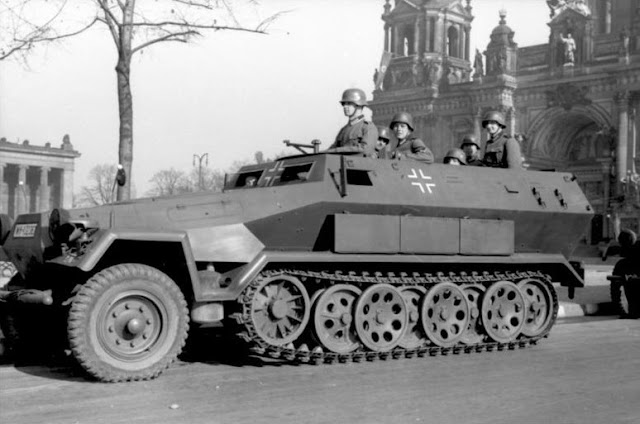 Well it went together very quickly, with minimal work, wasnt too fiddly, well apart from the machine gun, but thats more down to my sausage fingers then the kit itself. 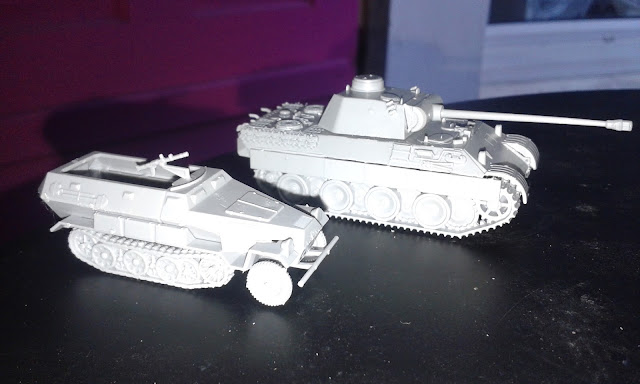 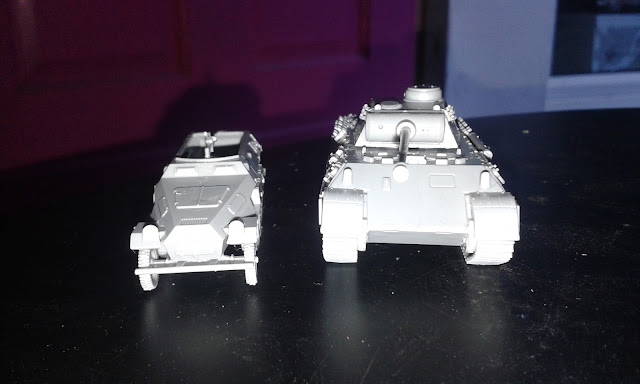 Its not dripping in detail, but it has enough, and for the price is a bargain! well worth grabbing some for your early/mid war army.