The Fighter squadrons allow a great variety of builds, so today we are going to look at two different ones, an offensive, and a defence fighter build to show the amount of variety you can get with them. 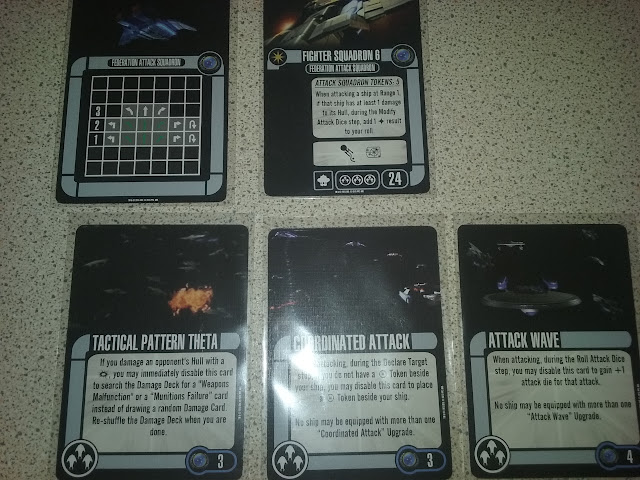 The named fighter squadron does extra damage to an already hurting ship, so the fighters are gret to go in and finish things off.  Tactical pattern Theta allows you to choose weapon malfunctions as your crit, so if you hammer a ship and get that you can make sure they can not return fire at you, then manoeuvre next turn to finish them off.  Coordinated attack allows you to get a battlestations, so you can target lock, then disable that card to get a battlestations for maximum damage potential, certainly when combined with attack wave as you can disable it to get a plus 1.  Pulling that combo off at range one can prove brutal!

Now onto the other build... 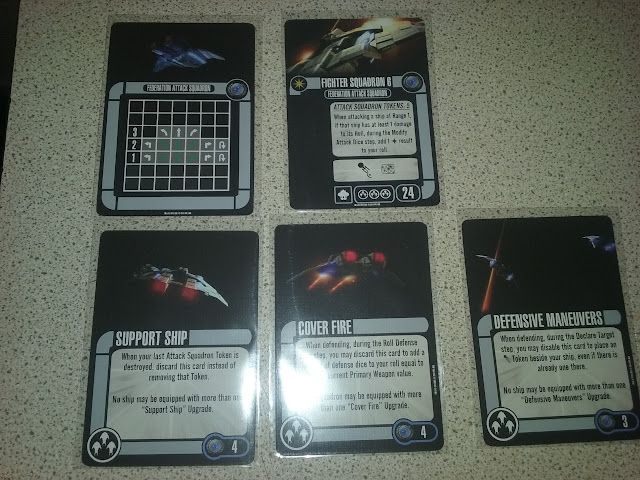 ﻿
In this build we look at some more defensive options for the fighters, the named version still provides that extra punch. With support ship it gives you more survivability by letting you have an extra token at the end to keep the ships alive.  Cover fire can be discarded to add extra defensive dice.  Defensive manoeuvre's  adds an extra evade to keep your ships alive and fighting longer.

The fighter pack is a great one, it comes with so many options to try different tactics.