Marts Book Corner - The Most Dangerous Enemy: A History of the Battle of Britan by Stephen Bungay

For this Book Corner we look the Most Dangerous Enemy a book about the Battle of Britain, taking us back to the dark days of 1940. 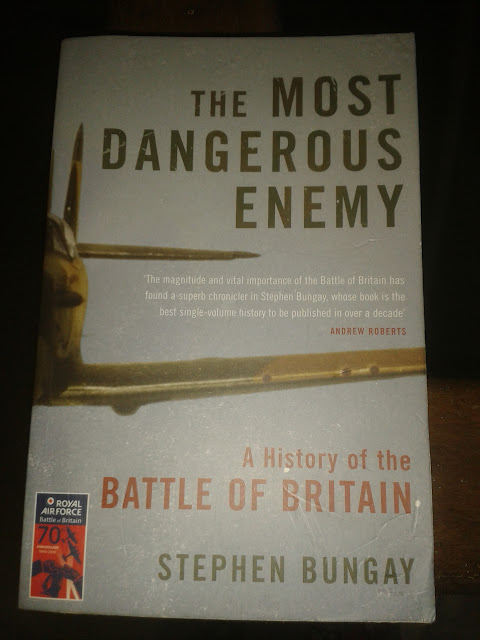 Already hailed as the standard work, The Most Dangerous Enemy is an authoritative history of the British battle that galvanized the public imagination and symbolized the destiny of a nation. But in this rigorous re-investigation of the Battle of Britain, Stephen Bungay tells a story full of revelations. Whether assessing the development of radar or the relative merits of the Spitfire, Hurricane, and Messerschmitt, he uncovers the unexpected truth behind many time-honored myths. Not only a major work of modern history but also a truly compelling narrative, The Most Dangerous Enemy confirms the Battle of Britain as.....


a crucial event in European history.

This book certainly falls into the more "crunchy" type of books, full of figures numbers and movements, though there is plenty of other information in there to digest as well.  It has been hailed as "THE" book on the battle of Britain, not having read any others on the subject I can neither confirm nor deny this, though I did enjoy the read, even if it was a little dry.  Its well worth a look for the historian in you, though I would be tempted to take my pinch of salt and stick on the classic 60s Battle of Britain movie afterwards as a reward.