The Nistrim Raider is a Kazon ship that is commanded by First Maje Jal Culluh. The Kazon are a conquerer people and Culluh is the leader of the Nistrim Sect of the Kazon Order. He will stop at nothing in his attempts to regain some of the power the Nistrim sect has lost. Culluh believes that the key to their success will be in acquiring new technologies and uses his Kazon Raider to ambush the unwary with photonic charges and desperate raiding attacks. Though they are not technologically advanced, the Kazon Raiders also employ a masking circuitry that allows them a limited form of cloaking. 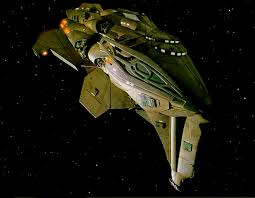 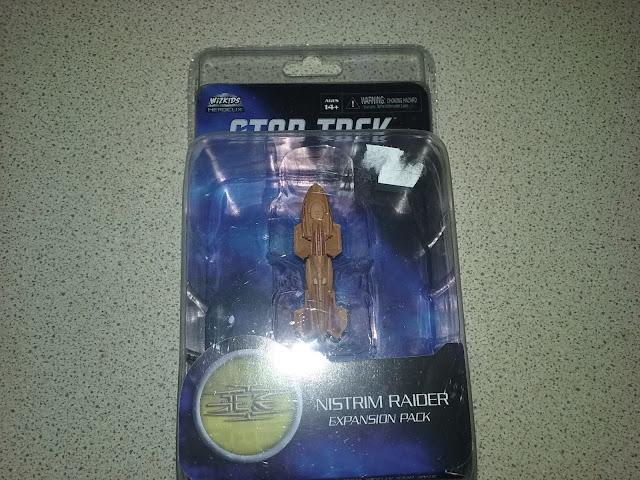 As always nicely packed with the Kazon logo on the ship. I am surprised they get their own faction, I thought they would go into the independants.  It comes with all the usual slab of great card tokens. 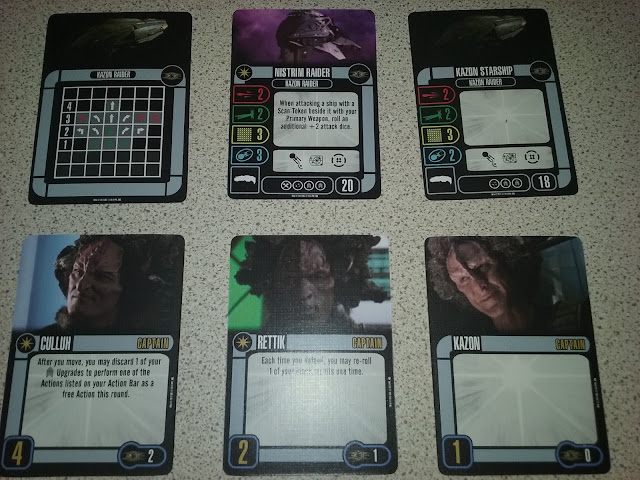 Its a nimble little ship with a come about.  The named ship is cheap at only 20 points, but it does not hit very hard.  It has an inbuilt ability that when you attack any enemy ship that has a scan token on it you get plus 2 dice.  It is situational but it is a passive ability and can give a nasty surprise.  For captains we have the ususal generic, then Culuh.  He is skill 4 for 2 points, you can discard a crewman to perform an extra action, which is handy in a pinch.  Retiik allows you to re-roll one of your defence dice if its a blank. 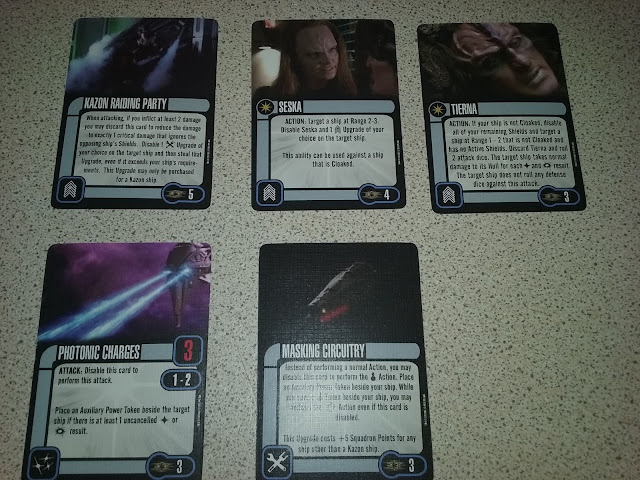 For crew we get the Kazon boarding party.  When you attack if you inflict at least 2 damage, you can discard the card to change it into one critical that ignores shields, then you disable a tech on the enemy ship and steal it for yourself.  It can be a nasty surprise.  Seska is an action, disable her and a crewman on tour enemy ship.  Tierna is a discard to roll attack dice, a bit like a suicide bomber being beamed over to an enemy ship, it has potential to work well, or not at all, its a gamble but thematic.  The weapon upgrade is Photonic Charges, 3 attack but if you hit you can add an auxiliary power to your enemy.  The tech upgrade is masking circuitry which acts as a cloaking device. 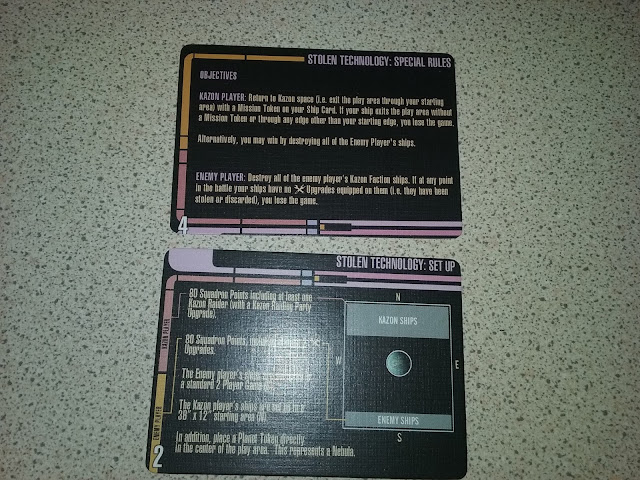 For the mission we have stolen technology, it looks fun to play so I want to try it. 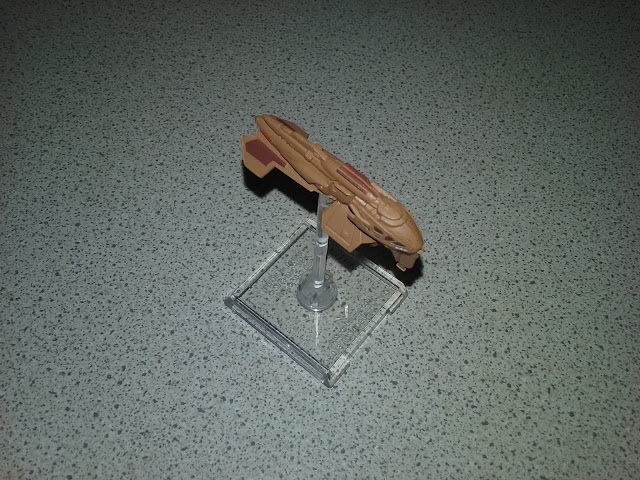 The ship itself is actually very detailed, and a nice model 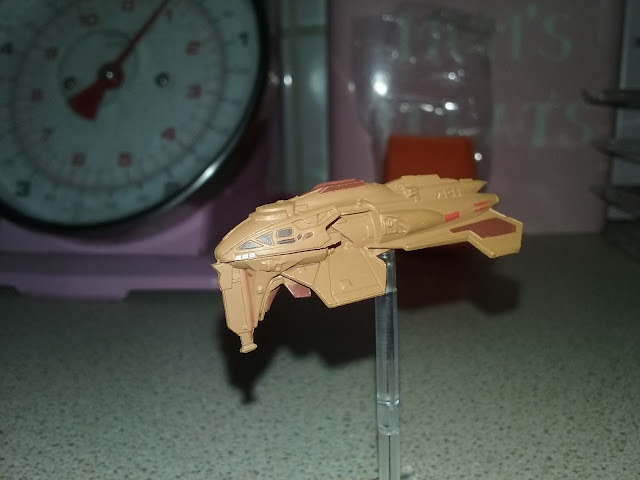 A wash on the ship would really bring out all the details. 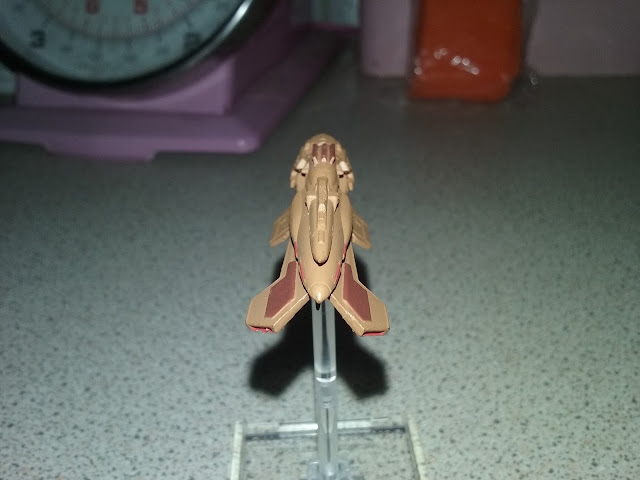 A really fun little pack with a new faction for attack wing.