Good evening treasure hunters, today I will be going over how to recruit your band miscreants to aid your wizard in his quest to find artefacts.

This 2 part article I will discuss how war bands can be created and show a few examples of mine,

There are in general 3 ways to make a warband-

1. Carefully plan everything, spend your gold carefully, work out each models pros and cons. (In general my least favourite)

2. Wing it, the most common method and great for pick up games. Spend your gold on what you like, and don't worry about how it plans out. (This method is what I use for one off games or intro games)

3. Theme your warband. This involves as much work as method 1 but is more fun in my opinion. Look at what your wizard is based on and have his followers in a similar vein (my preferred method as you will soon see)

So how did I go about building my first warband, I wanted a pretty generic looking wizard and a band of like minded fellows. This warband though I didn't want an apprentice, instead choosing to build a full 8 soldiers with my start up gold (a second warband will be discussed later including an apprentice)


he's free you don't pay anything for him/her and this is in typical fashion the model representation of yourself. So what did I choose for mine, naturally having played Lord of the reigns before I went with ..... Gandalf, in fact the pose shown here 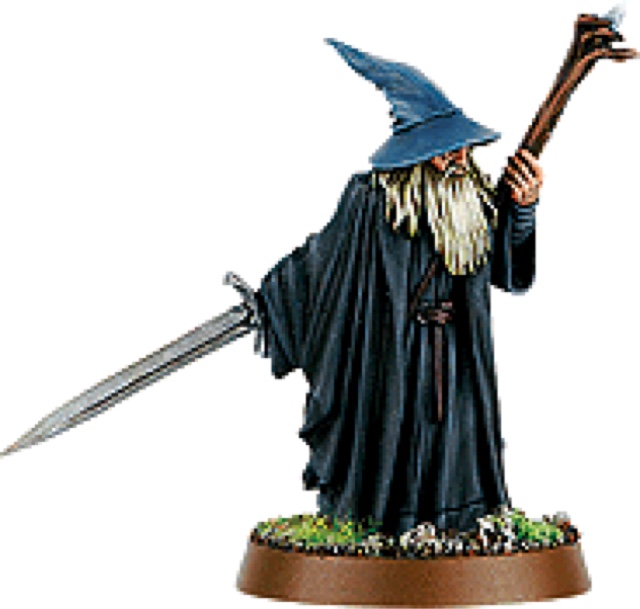 Now the model pictured isn't mine, it's the GW promotional shots for the web store, but he fits the bill nicely. You can tell he's a wizard, he's different to my basic foot soldiers and he grows a beard faster than me.

So my wizard is done, what do I want next? I firstly viewed the wizard as a good ranged combatant but I want more in that vein, so cue archers, armed with bow, Hand weapon and leather armour and reasonably priced 2 found their way into my encampment seeking employ.

I felt that my Warband needed some hard hitters and some people that could survive, with 6 spaces left and my purse a bit lighter I went in search of respective fellows,

This led me to a group of 6 gentlemen, 2 men at arms and 4 warriors, all eagerly took my gold and signed on. The Warriors come as standard with a 2 handed weapon and leather armour, the men at arms come with hand weapons came with hand weapons, leather armour and shields. Giving me a core of soldiers to do the leg work I was happy, totalling it all up I've spent 400 of my 500 so I lol save the 100 I have left.

My soldiers are based of these Saxons from war games factory, again this is a promotional shot 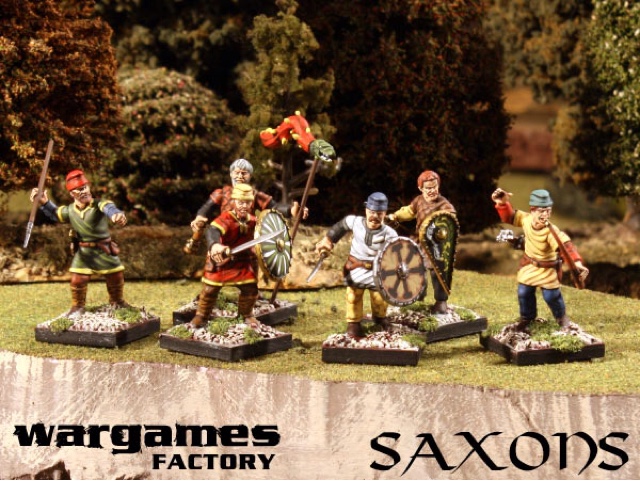 This is the Warband that I plan to keep on me at all times, it's fairly balanced mobile enough to capture relics and can deal with all threats sent at me.

As for monetary cost, in the UK it would cost about £15 (prices based of various sites) which I don't think is too bad for a small scale skirmish game, after your first game with a crew like this I'd try for an apprentice ASAP, they get pricey as you get better. Mine costs a fraction more as I have used some extra stuff so I'd say about £25 for mine

So my Warband has been planned out (fairly easy) now it's time to build it, part 2 will show you how I turned some Saxons into winter soldiers and what I did to make them fit the frost grave theme. I'll see you all in the city soon, till then happy relic hunting.