I have been lucky enough to take a look at the Bombshell Babes range from Bombshell Miniatures, so here is another one.  Sally Starfield

Bombshell Miniatures was formed in 2012 to offer a dedicated range of unique character models suitable for use in many tabletop and roleplaying games as well as for collecting and painting. Thanks to several successful Kickstarter projects and many loyal backers, Bombshell Miniatures has expanded to offer new and exciting concepts in tabletop battle games, and looks to promote the hobby aspect of gaming as well as expand into publishing other game formats in the future.

Bombshell have a growing range, and the minis can be used in all sorts of game systems.  They are 32mm metal models, though would fit in with some of the 28mm heroic scale miniatures.  They are all highly detailed, and beautifully sculpted so lets take a look at Sally. 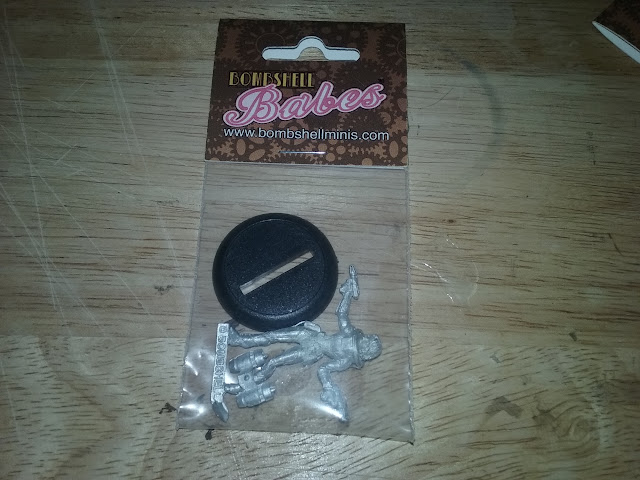 As all the Bombshell single models, they come in simple but quality packaging.  She is a lovely model, lets take a closer look 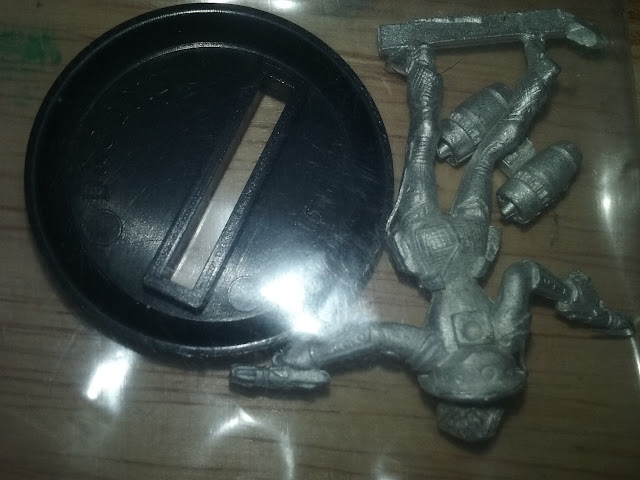 As you can see she comes in two parts with her rocket jump pack.  There is not a large amount of flash that would expect for a metal model this detailed. 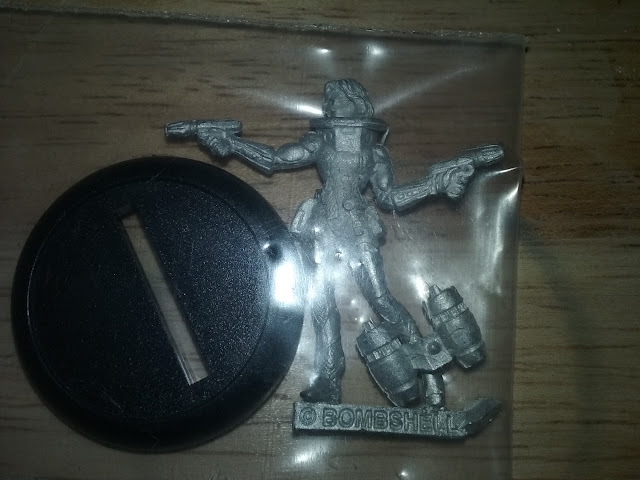 As the last model, the detail and casting is crisp and clear, and the model is full of character.  She can be used as a generic sci fi model, or she can go in bombshell miniatures game Counterblast as she has rules for that. 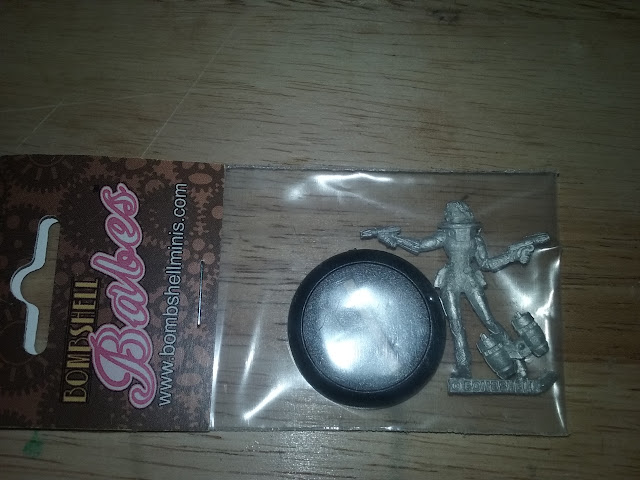 Again comes with her own base, and would make a great addition as a commander,or centrepiece model for any sci fi or pulp game. 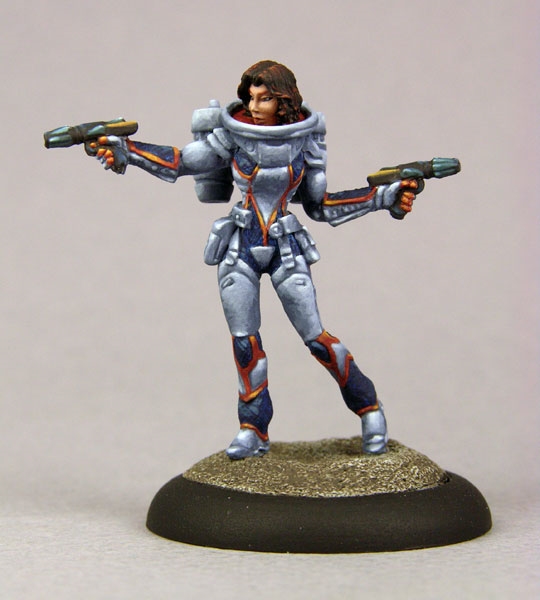 She would work well with allsorts of colour schemes, but I like a simple one. an excellent model, and a great choice to pick up.
o get yours go take a look at Bombshell Miniatures
Labels: bombshell miniatures