Warping in to reinforce the Klingon Empires fleet comes the Negh`var.  A ship suitable for hairy Blood wine swilling warriors with honour! and of course much yelling of Qapla', and assorted Klingon insults.  The Klingons are close to my heart in Star Trek, so im looking forward to letting this ship loose on the table 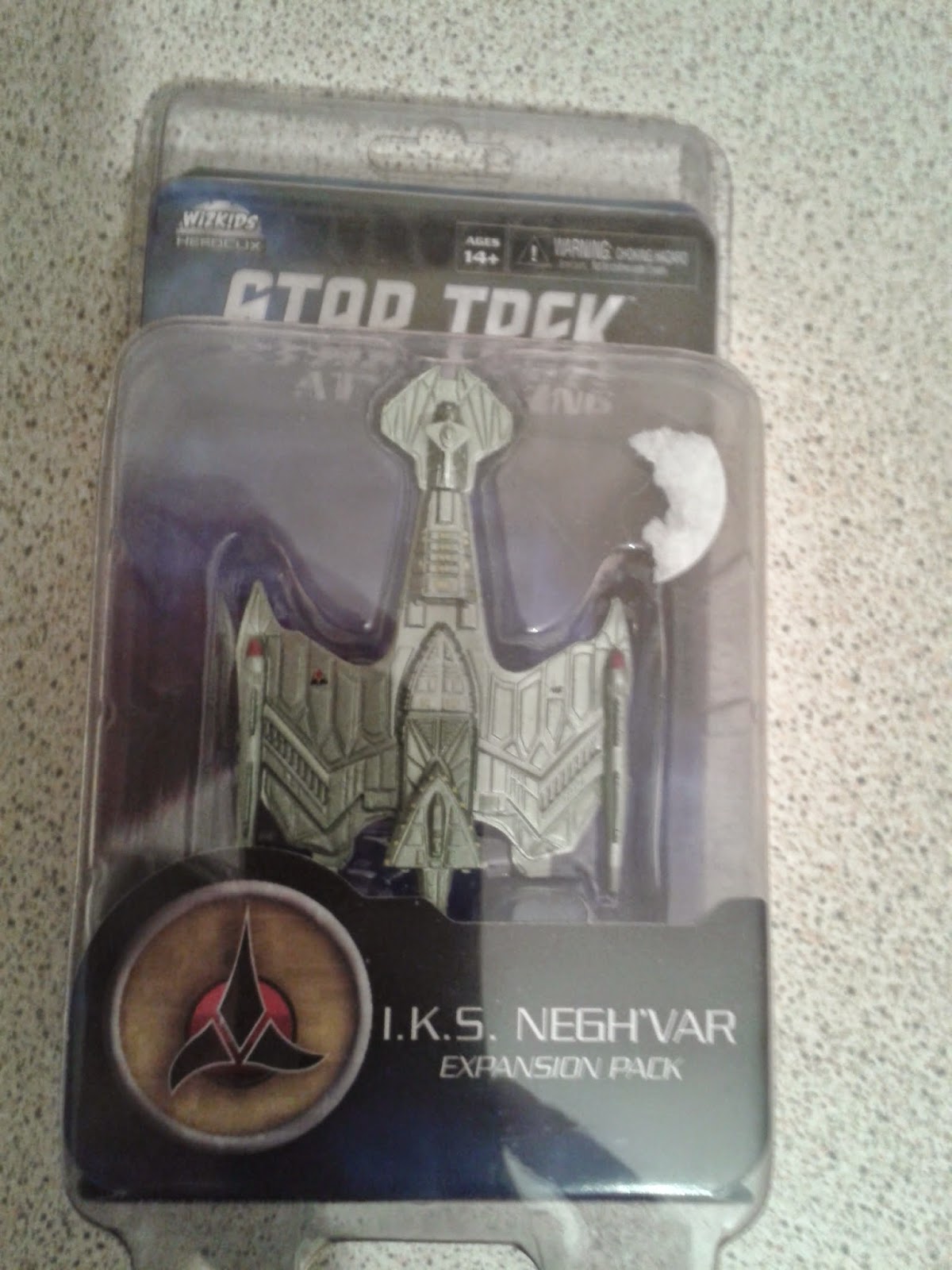 The I.K.S. Negh'Var is the flagship of the Klingon Empire and is commanded by the extremely effective General Martok. It has led several Klingon invasions and has won much honor for the Empire. The Negh'Var us surprisingly maneuverable for its large size. It can also target an enemy ship's shield generators in order to facilitate a massive boarding action against that ship.

So whats in the box? 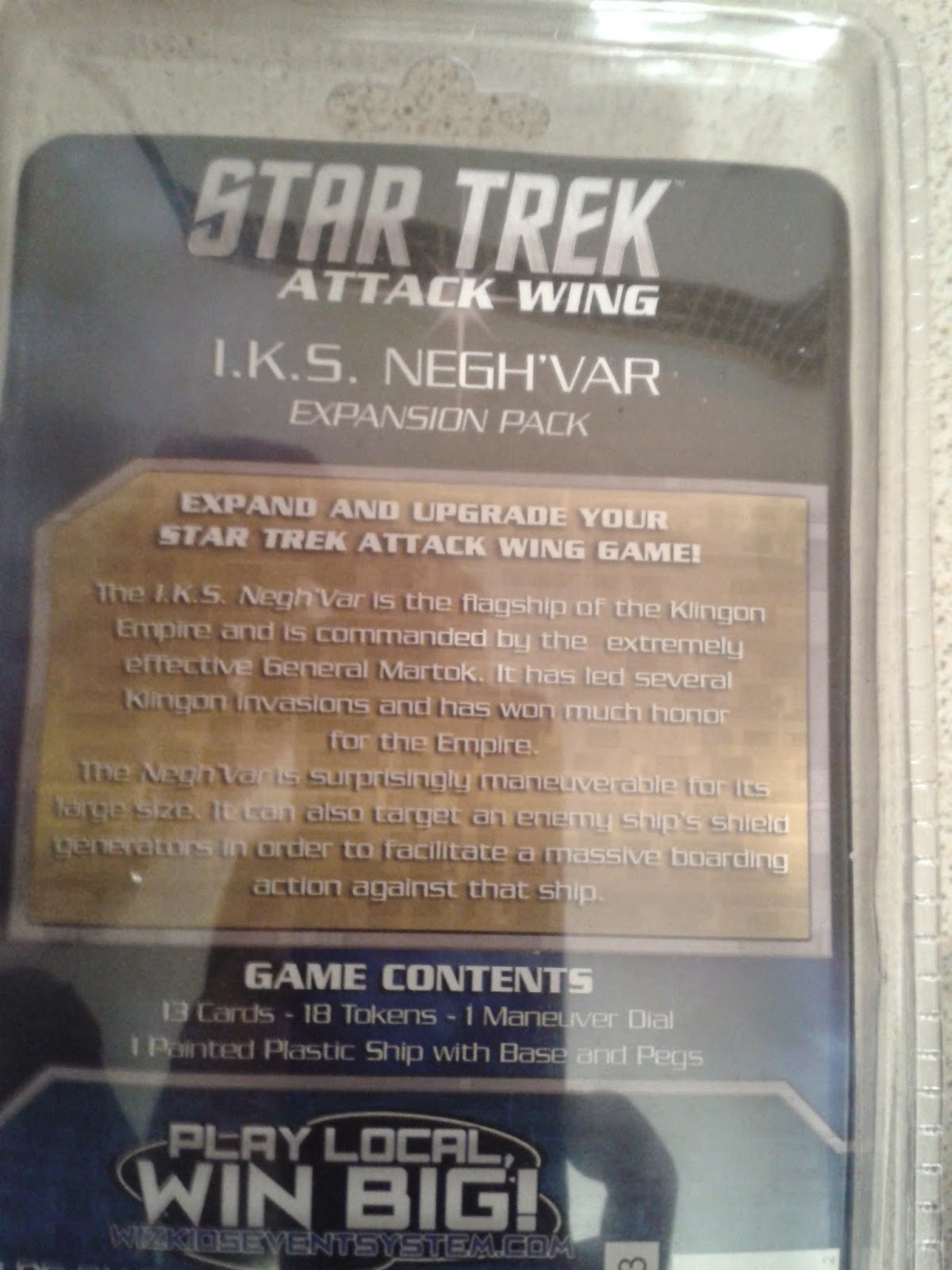 As usual a large selection of tokens, and something else.... a new objective token to link to the mission, a DS9 space station token. 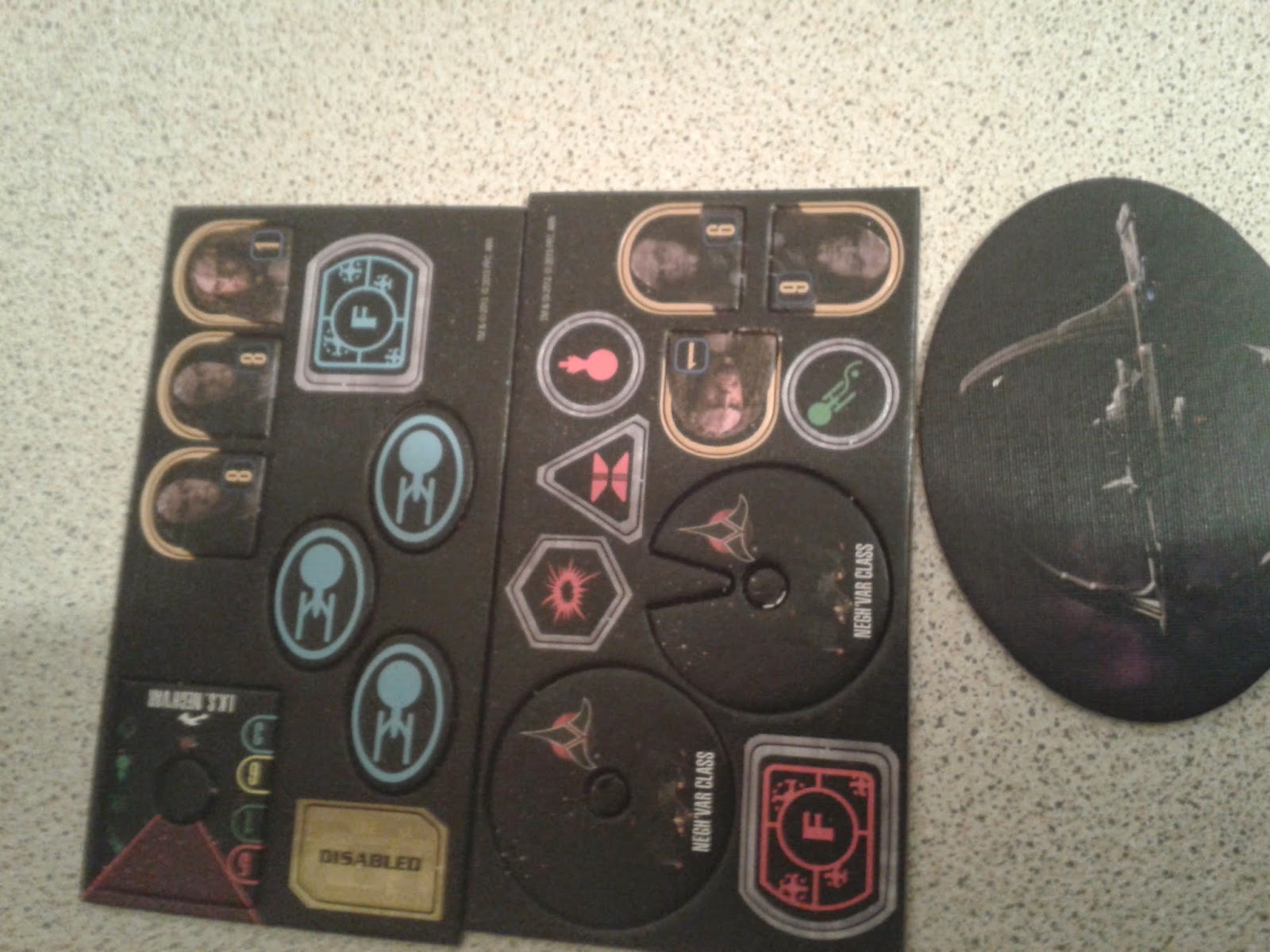 how cool is that? and a great fun scenario to go along with it. 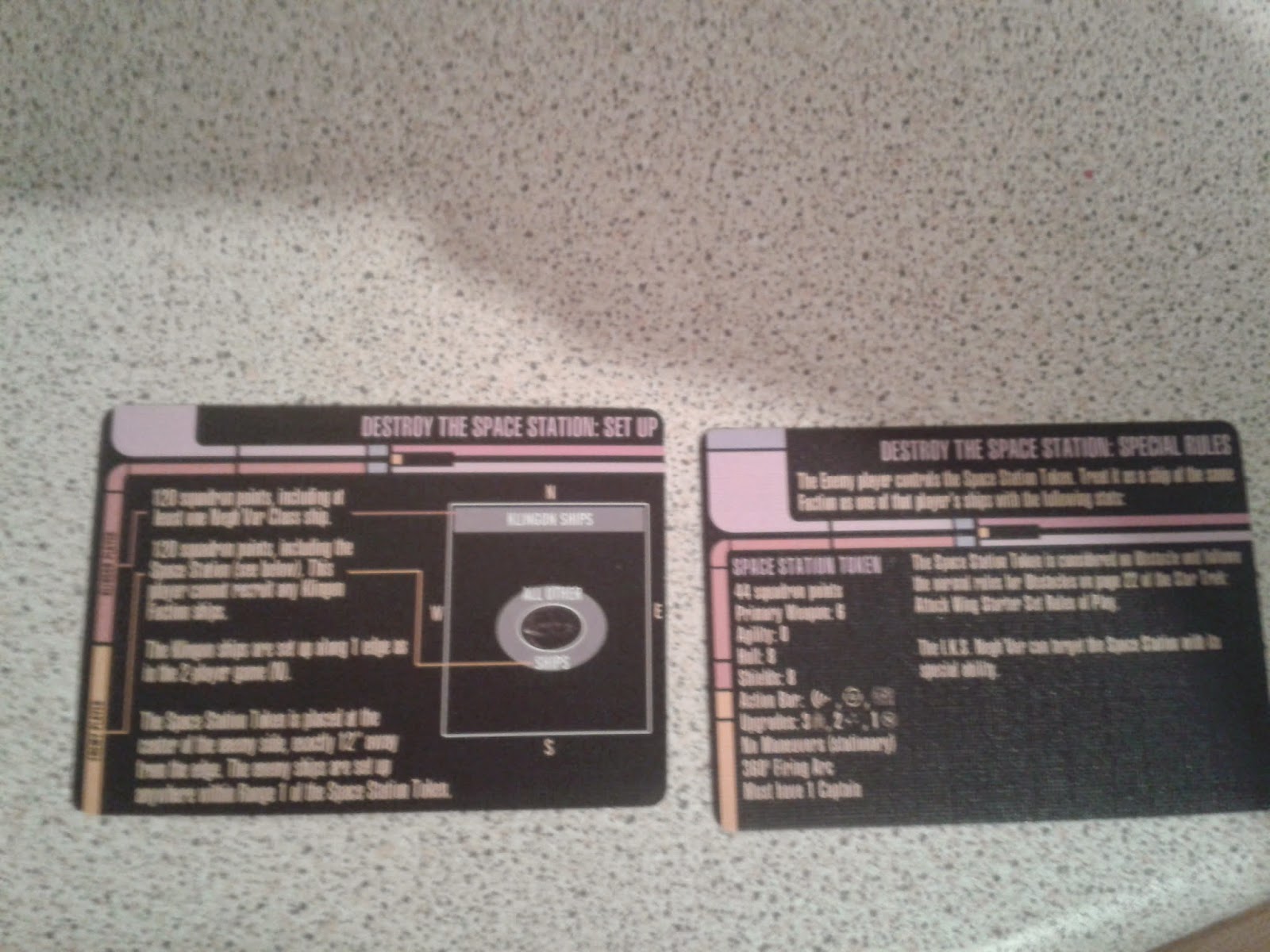 what else is in the pack? 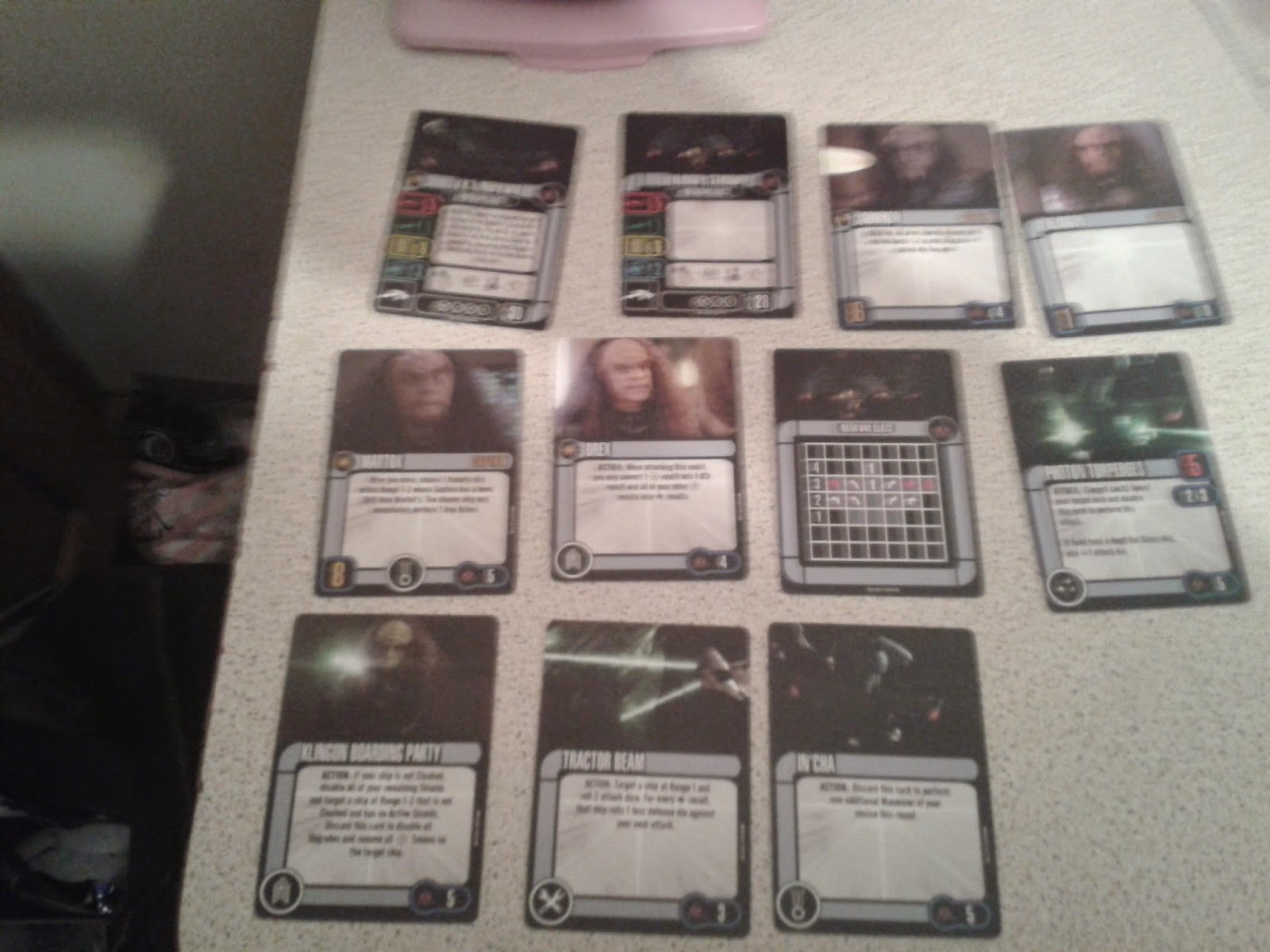 A nice selection of crew, weapons and upgrades to bring glory to the empire!
and then of course the ship itself! 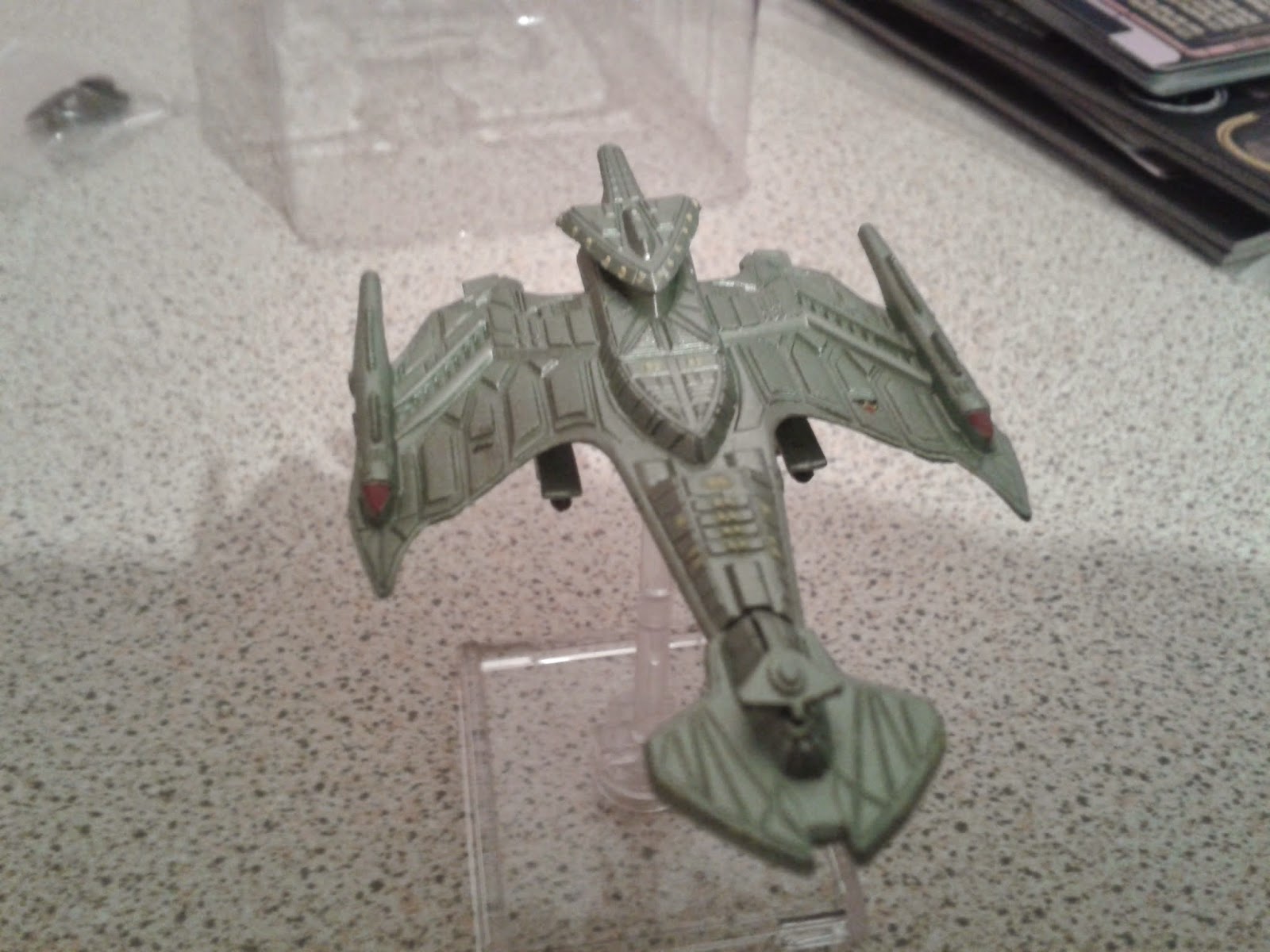 itsa weird shiny green, but it does look good, detailed and a funky Klingon logo on It as well 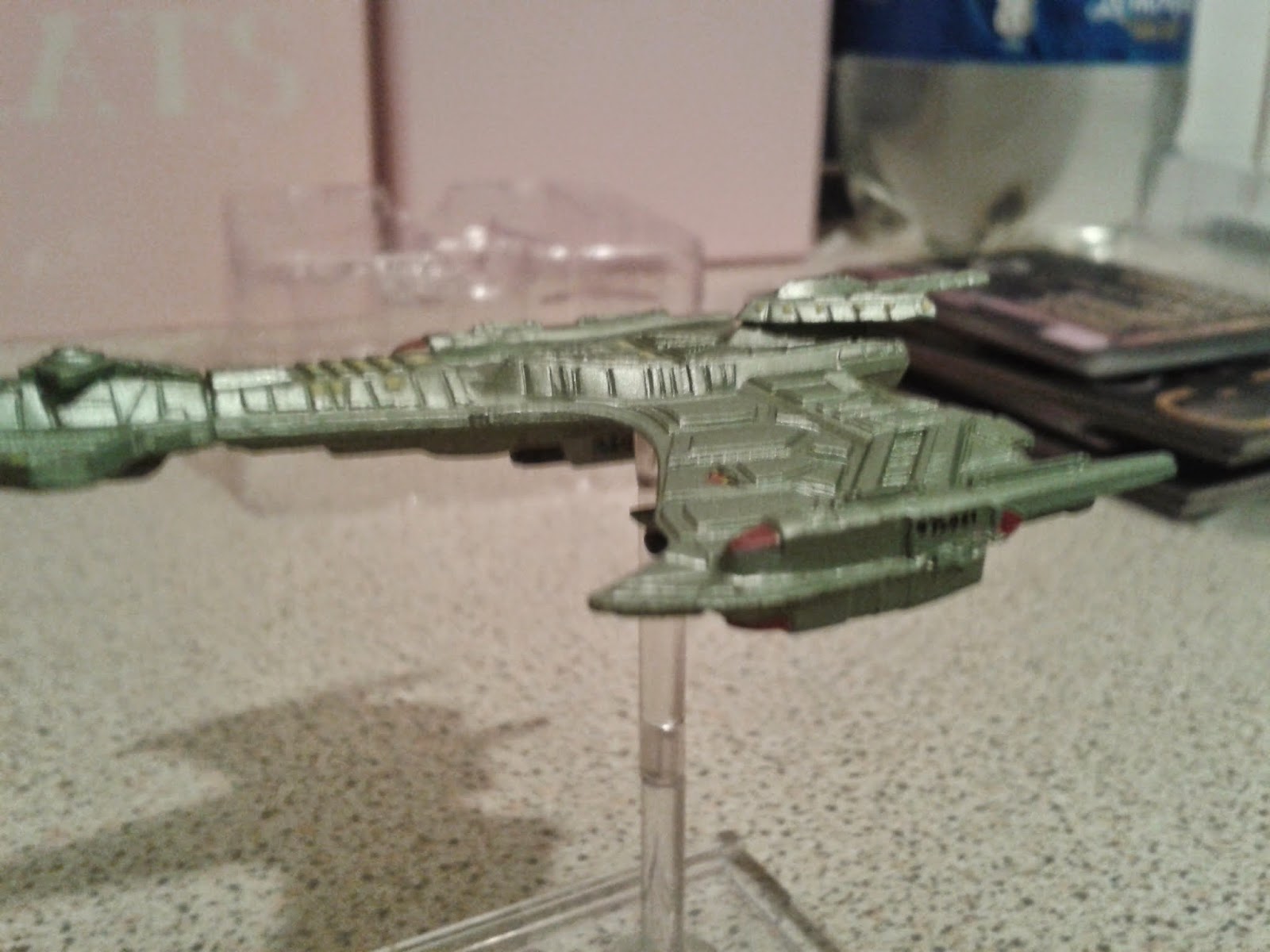 it looks menacing and aggressive from all angles 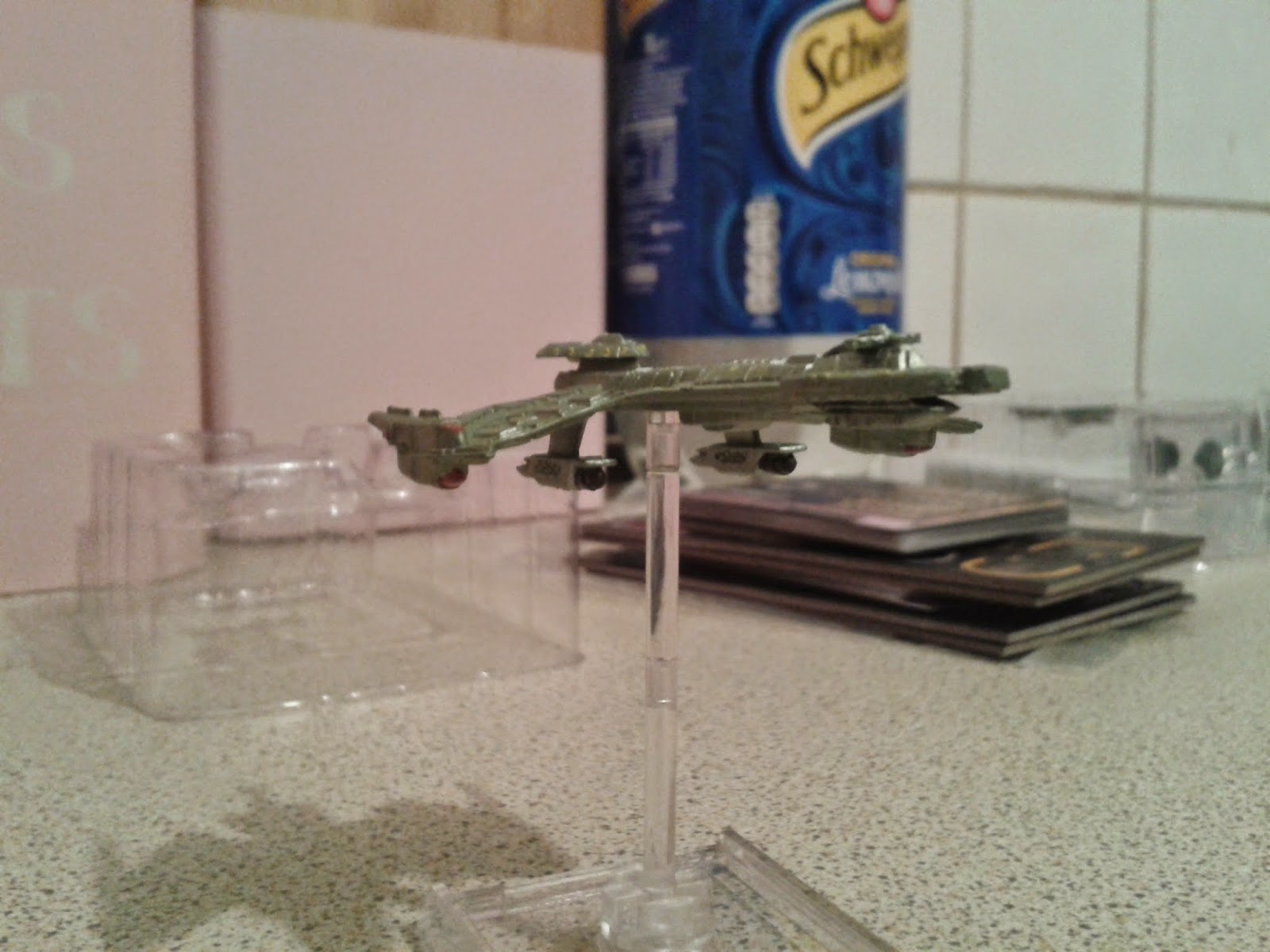 A true flagship for the Klingon fleet. a great model, some fun cards and an exciting mission with extra terrain. Cant be bad at all! with all the extra bits in here you can play the missions and use them to spice up regular 100pt games as well.
Labels: Attack Wing Star Trek wizkids