In Attack wing they state that for tournament builds no ship and upgrades should cost more then 50 points together, meaning its hard to super stack mega ships. Which is a good thing. for scenario or fun play I have no issues with the eggs in one basket approach, but thought it was good for keeping in check to use that ethos of 50pts max when building a ship.

Firstly we start with the Federations Galaxy class.  I have not covered generics, as they tend to be 2 points less then the named ships, with usually 1 less shield and no ability so its not often worth taking them over the named ones unless you want lots of the same ship.

Anyway the Enterprise D is up..... 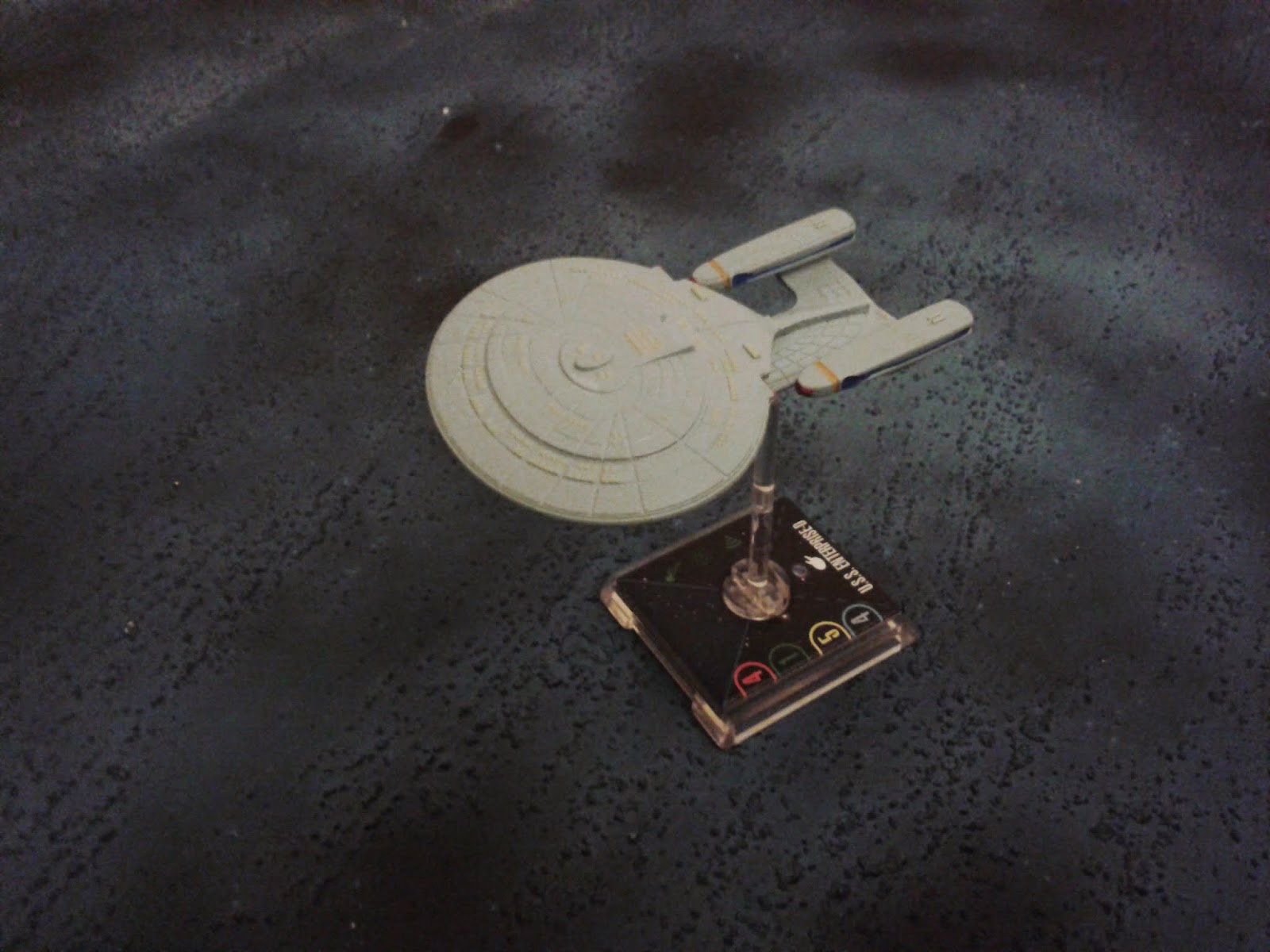 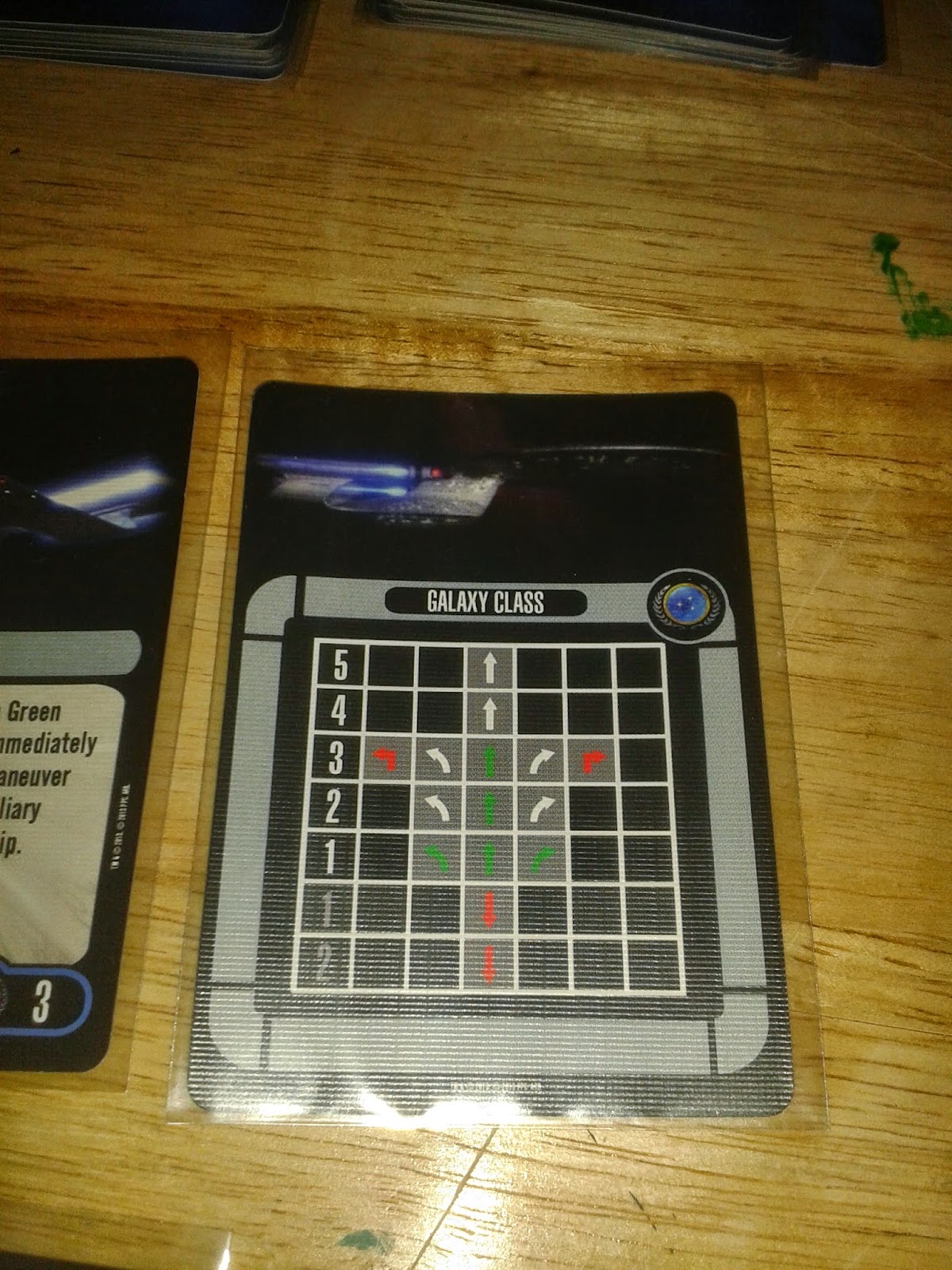 As you can see the galaxy class is fast in a straight line, but not very manoeuvrable at all.  The movement guide is handy to keep with you and I like that it Is printed on card so you don't have to just keep spinning your dial.
Whats in the build then? 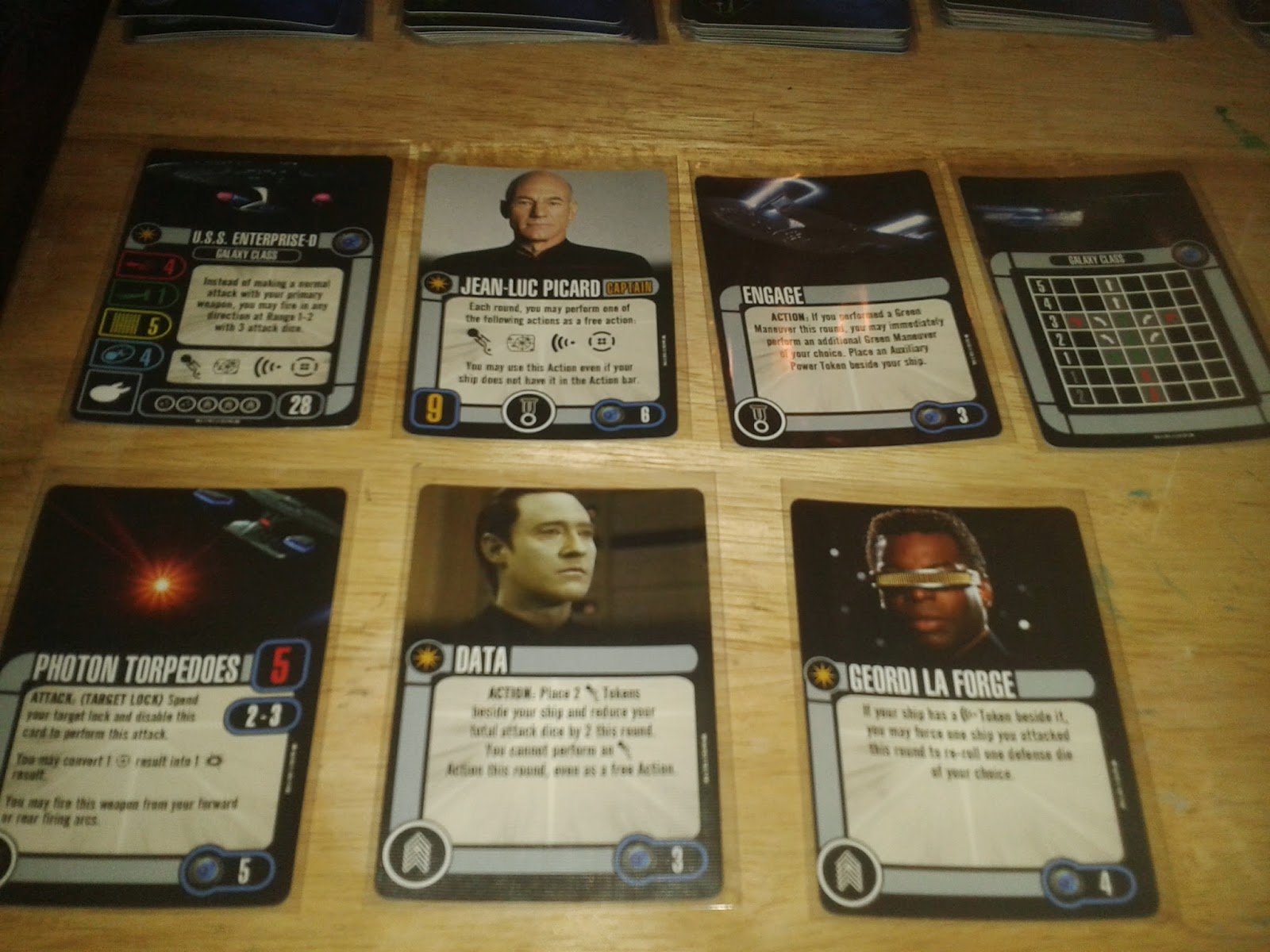 We start with the Enterprise D of course at 28 points. her special ability is instead of making a normal attack she can make an attack at range 1-2 with 3 dice instead of 4 in a 360 fire arc. very handy for s ship that that turns like an ocean super tanker. 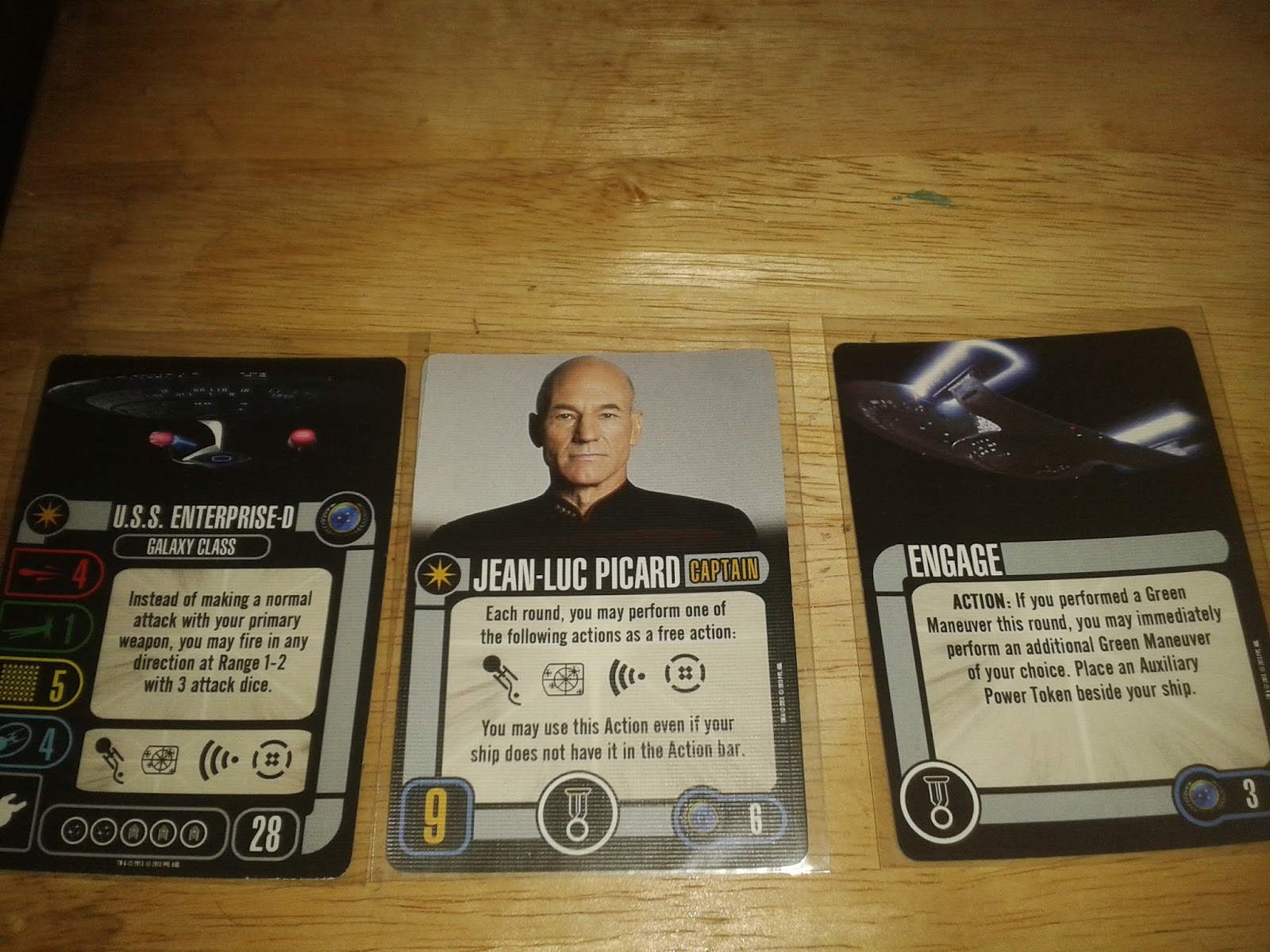 As captain you can have a Captain skill 1 captain for free, or pay points for a named captain with an ability and sometimes access to elite talents.  For my captain I have taken Picard.  It just has to be, he is my favourite character in Star Trek, and he is awesome in this giving a free action to you each turn. plus he is captain skill 9, so is moving last and firing first.  With his Engage ability allowing you to move again if need be you can line yourself up for some good shots or arc dodge if need be. 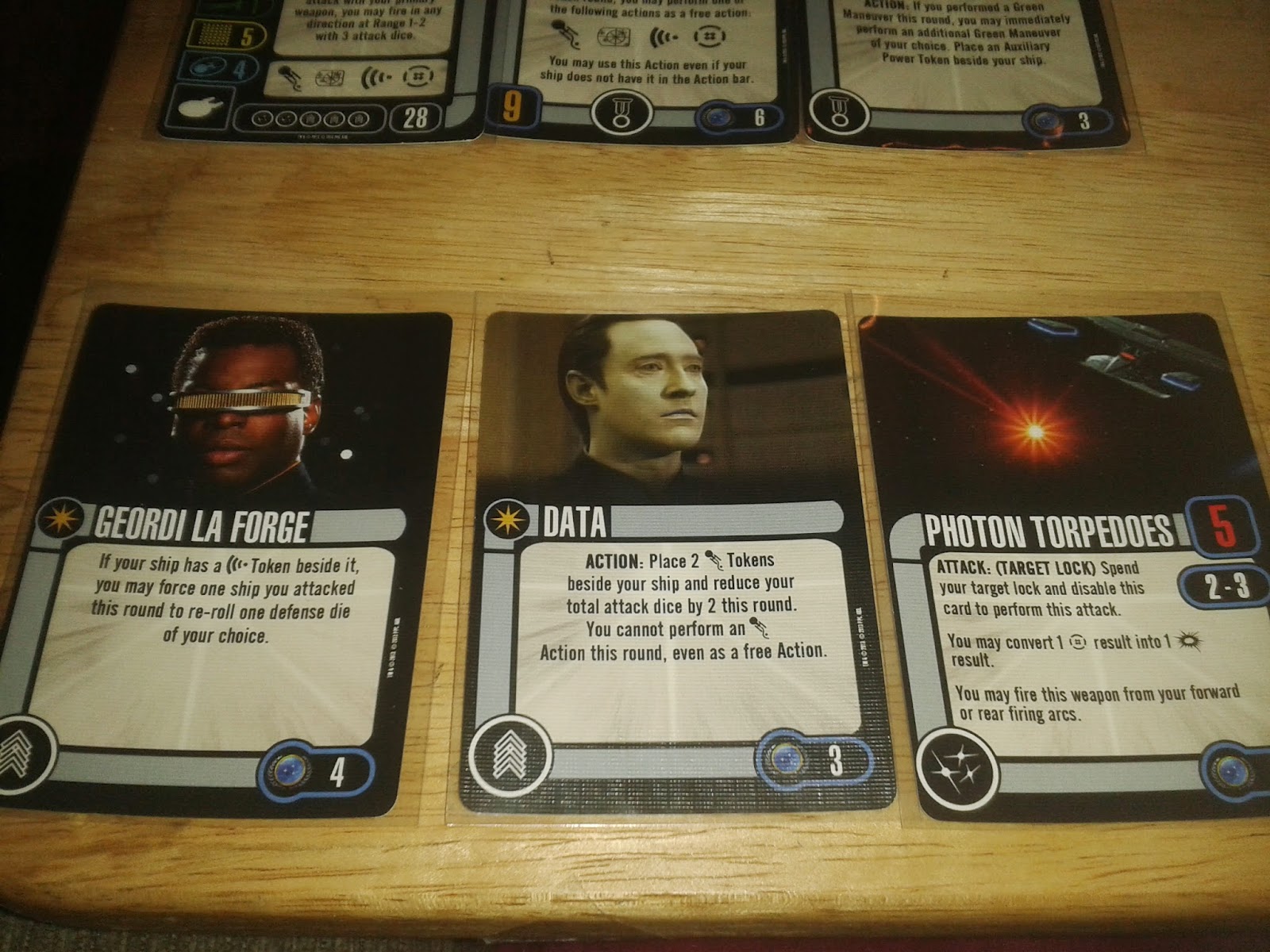 For some more combat punch we have Photon torpedoes.  Unlike Xwing these are not one shot weapons, once fired they become disabled, and you can use your action to re-enable them basically reloading the tubes. A great idea in my opinion.  They can be fired from the rear arc of the Enterprise, giving you punch all around.

A couple of crew round of this build with Geordi1s ability being passive to help in attack if you have a scan token, and with Picards ability to give you an extra free action each turn this could prove very handy.  Data provides a more defensive ability giving you a double evade action, plus you can use Picards free action for battlestations if needed to really help out hen you expect to get hammered.  Battlestations is similar to focus in Xwing, if you roll the battlestations symbol and have battlestations action active you can change them to hits on offense and evades on defense. 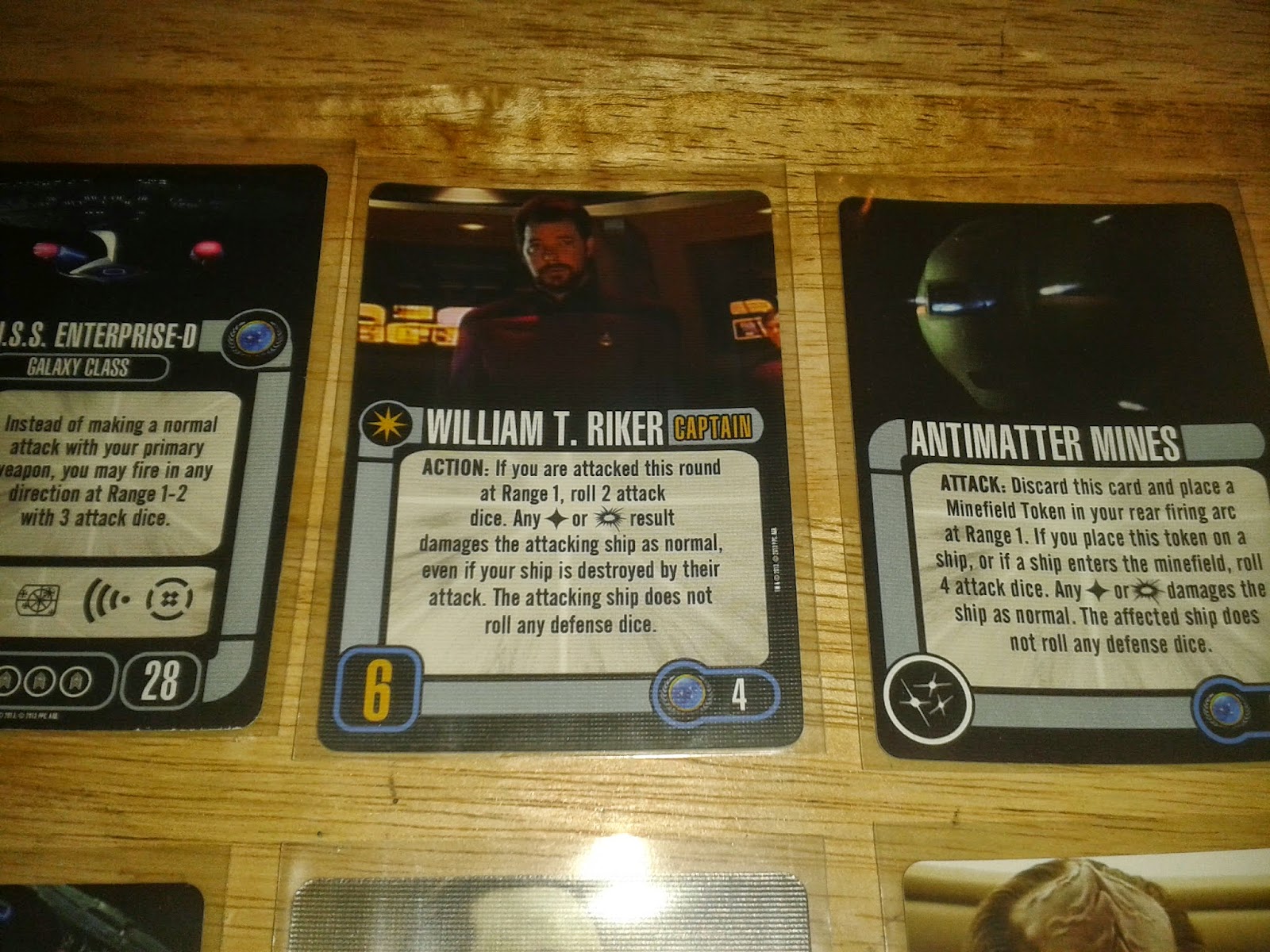 Trying a different build is Riker as captain to give you up close hits if you think you are going to be attacked at point blank take his action, with torpedoes and mines as well he can lay down offensive power and deny space. Data provides defensive skill if needed and you can disable Worf to reroll all your attack dice. Again like disabling weapons if a crewman needs to be disabled it costs an action to re-enable him. 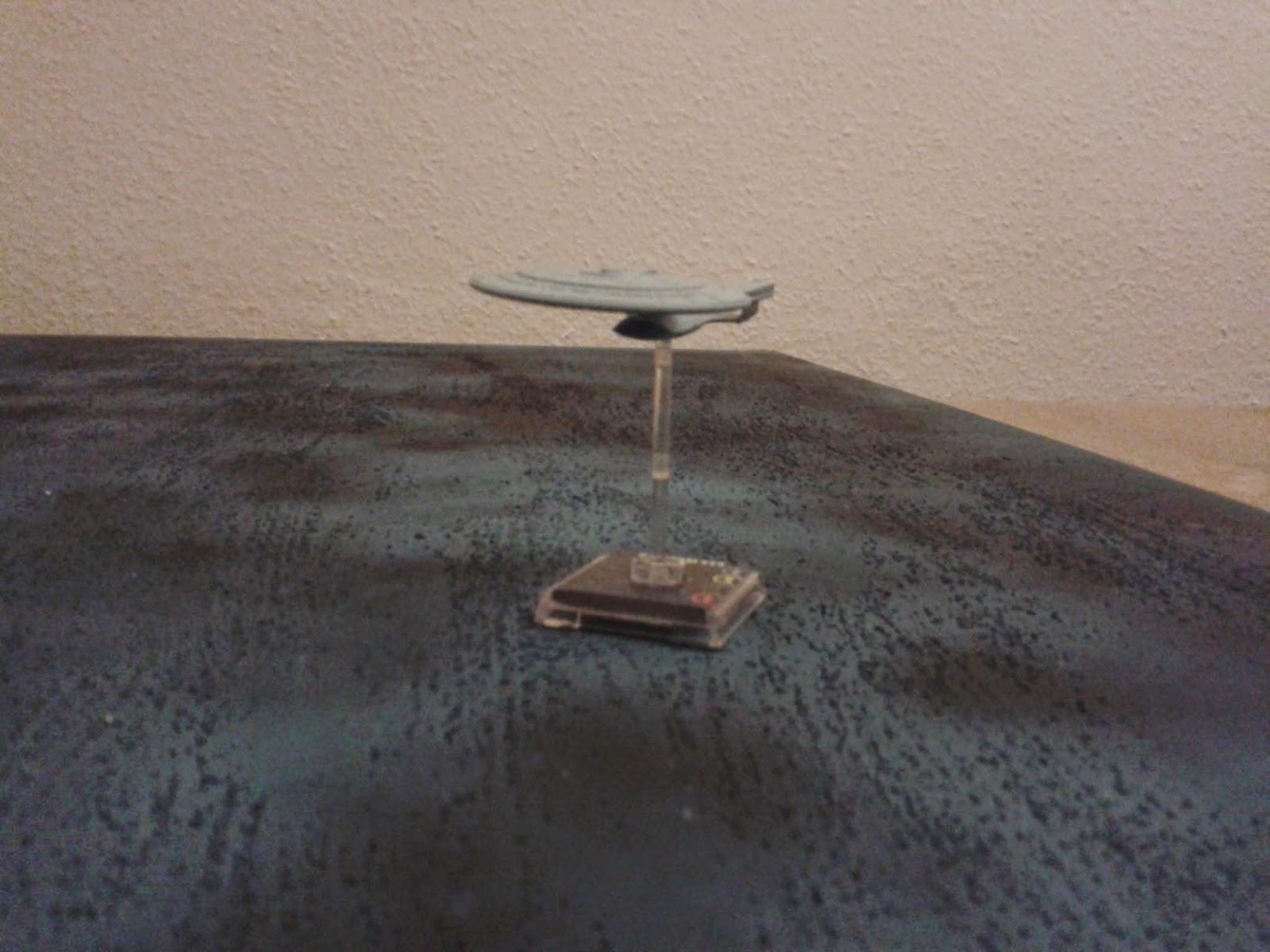 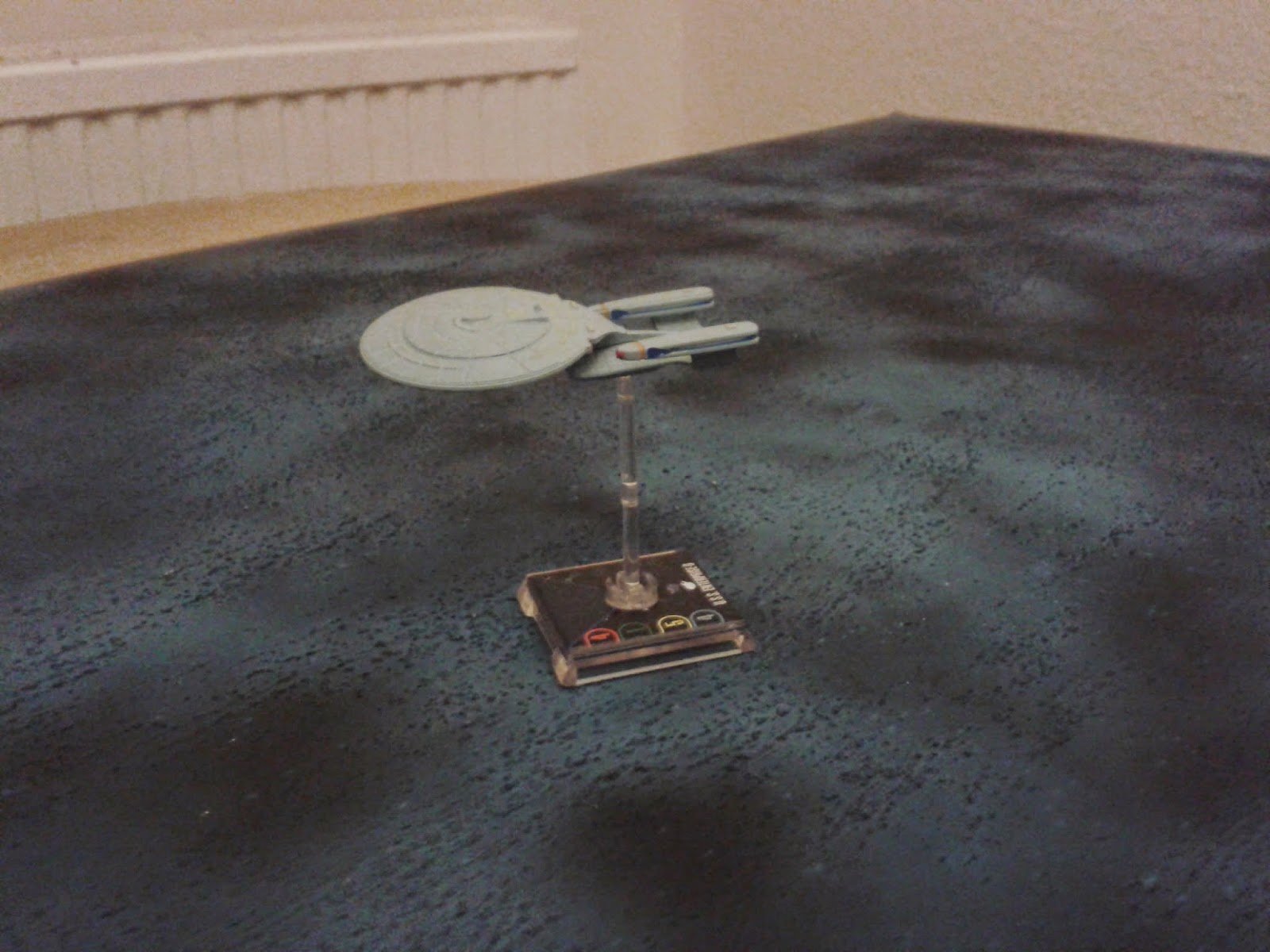 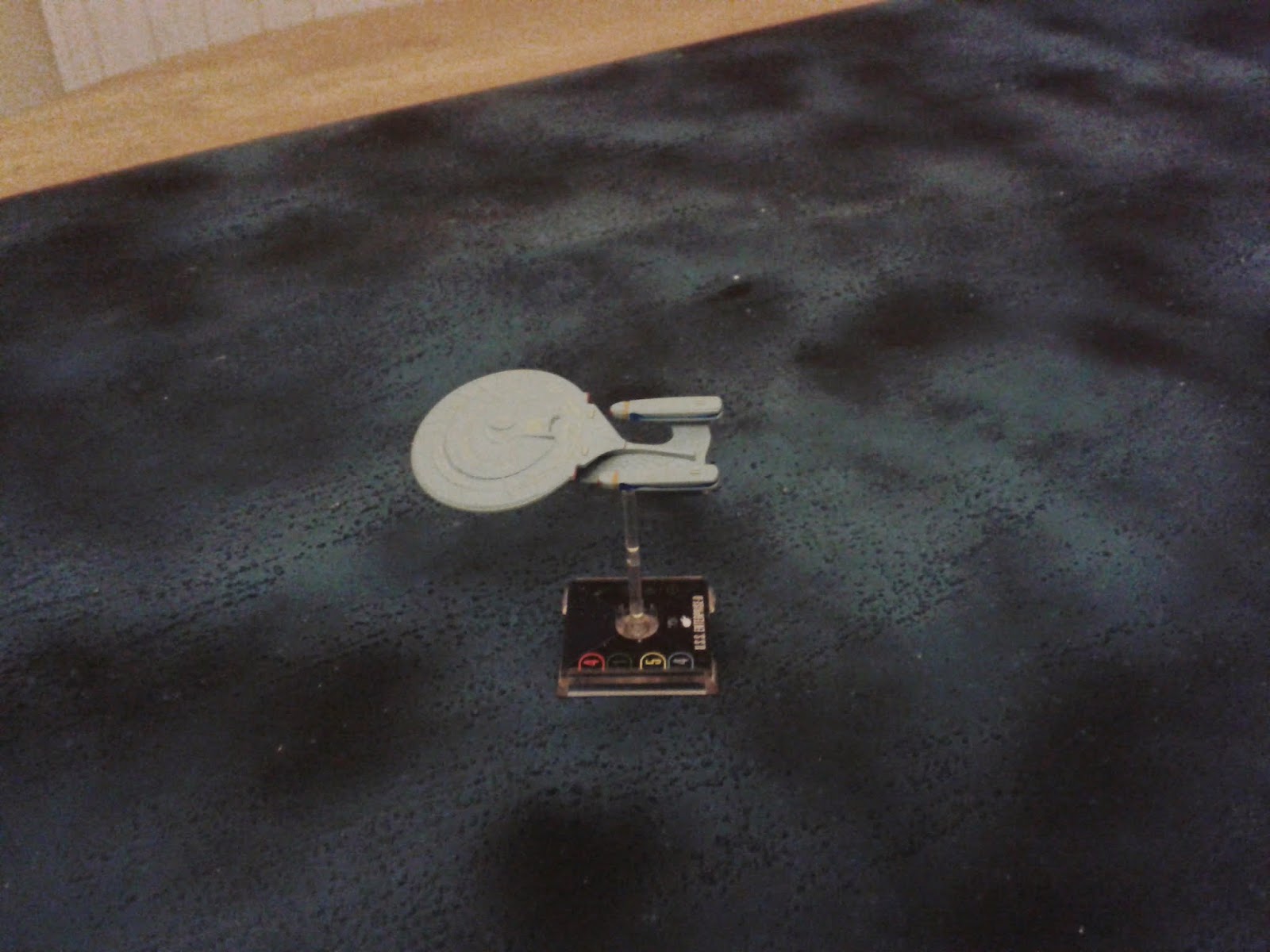 A solid build choice, though Picard is my favourite. Pricey but deadly and cool.
Labels: Attack Wing Star Trek wizkids