Armageddon is the epic story of the last eight months of World War II in Europe by Max Hastings–one of Britain’s most highly regarded military historians, whose accounts of past battles John Keegan has described as worthy “to stand with that of the best journalists and writers” (New York Times Book Review). 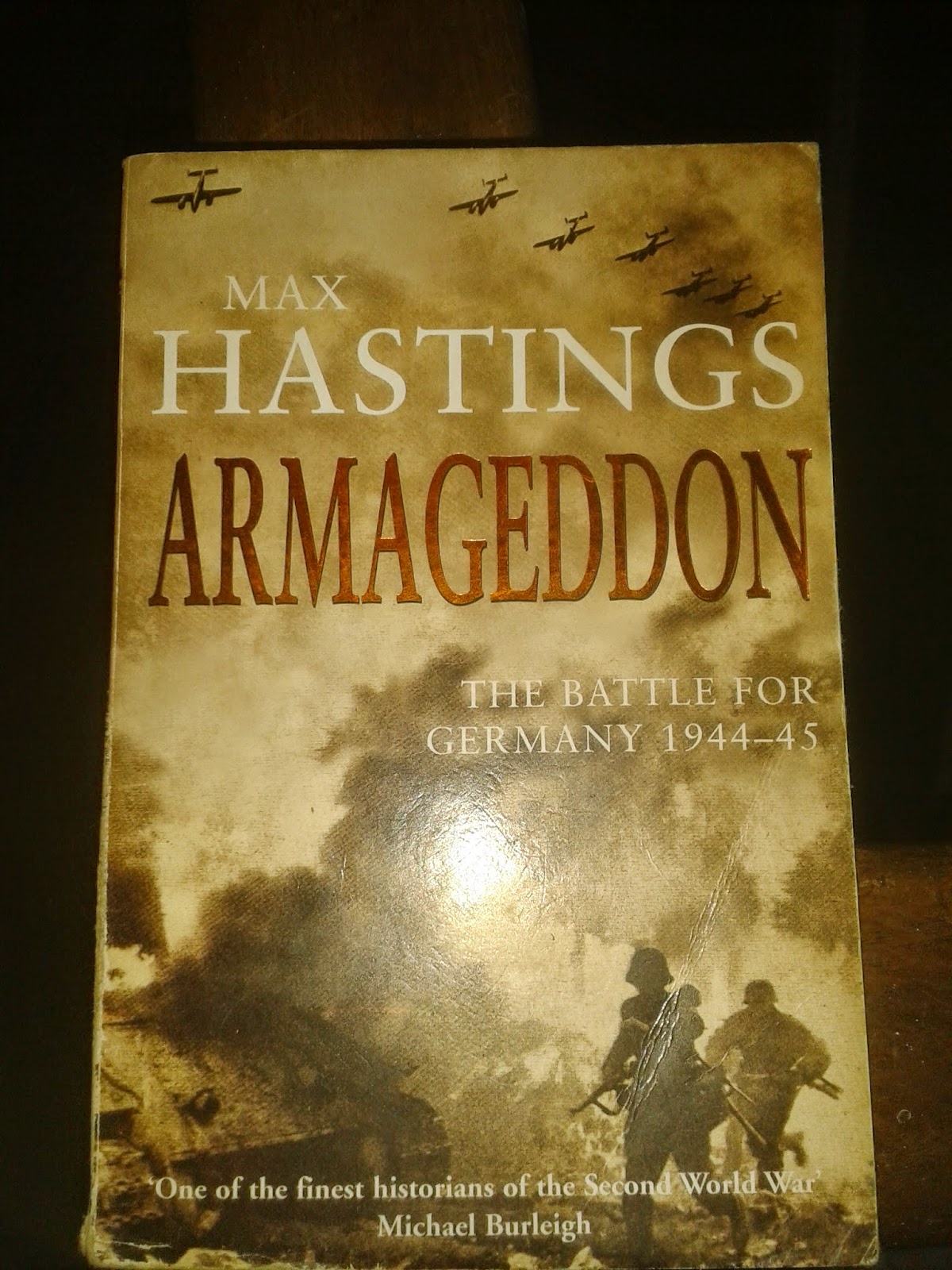 In September 1944, the Allies believed that Hitler’s army was beaten, and expected that the war would be over by Christmas. But the disastrous Allied airborne landing in Holland, American setbacks on the German border and in the Hürtgen Forest, together with the bitter Battle of the Bulge, drastically altered that timetable.

both the Eastern and Western Fronts, and paints a vivid portrait of the Red Army’s onslaught on Hitler’s empire. He has searched the archives of the major combatants and interviewed 170 survivors to give us an unprecedented understanding of how the great battles were fought, and of their human impact on American, British, German, and Russian soldiers and civilians.
Hastings raises provocative questions: Were the Western Allied cause and campaign compromised by a desire to get the Soviets to do most of the fighting? Why were the Russians and Germans more effective soldiers than the Americans and British? Why did the bombing of Germany’s cities continue until the last weeks of the war, when it could no longer influence the outcome? Why did the Germans prove more fanatical foes than the Japanese, fighting to the bitter end? This book also contains vivid portraits of Stalin, Churchill, Eisenhower, Montgomery, and the other giants of the struggle.
The crucial final months of the twentieth century’s greatest global conflict come alive in this rousing and revelatory chronicle.

Its a great read, as all of Max Hasting works I have read so far, well written and not bogged down in an unrequired level of detail.  It paints a dark and at points disturbing picture of the final months of the war.  It makes for interesting reading, and shows a picture that should never be forgotten of the dark days of the war, showing the effects on military and civilians alike.  A must have for any history buff.
Labels: marts book corner review