Now, the differences are apparent up close, but hopefully at the tabletop level it won't be an issue. Otherwise they'll have to be separate regiments. I'm slightly disappointed that the shakos of the Warlord minis do not have the feather the Victrix (and other images of the British Waterloo uniform) has. Any direction or advice on mixing miniatures into units or stands would be highly appreciated.

After the jump are some pictures related to Bolt Action from tonight at the shop, Parker Banner Kent and Wayne in Cornelius, NC. Two guys were playing Squad Command or something, with just the loveliest board. 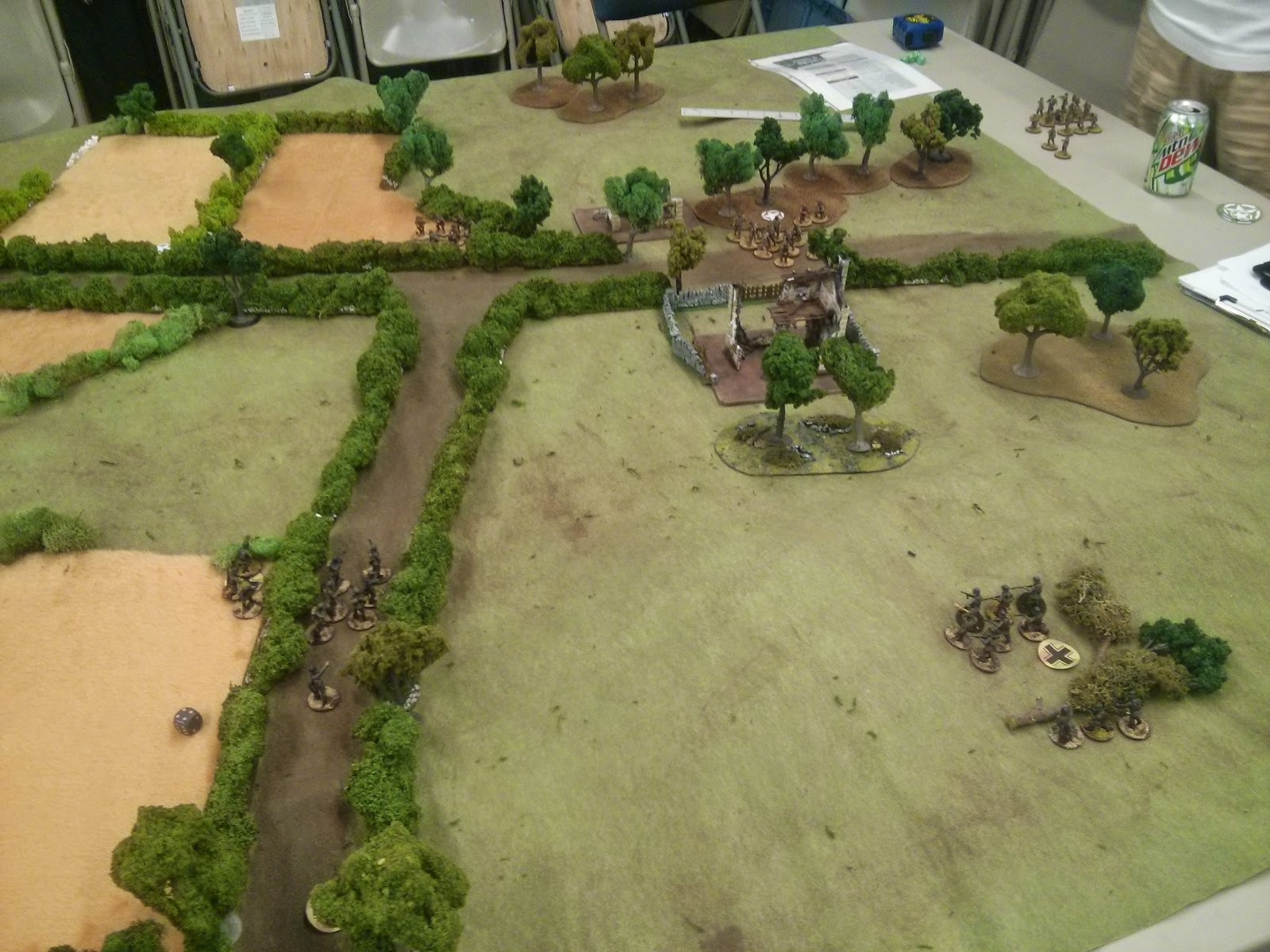 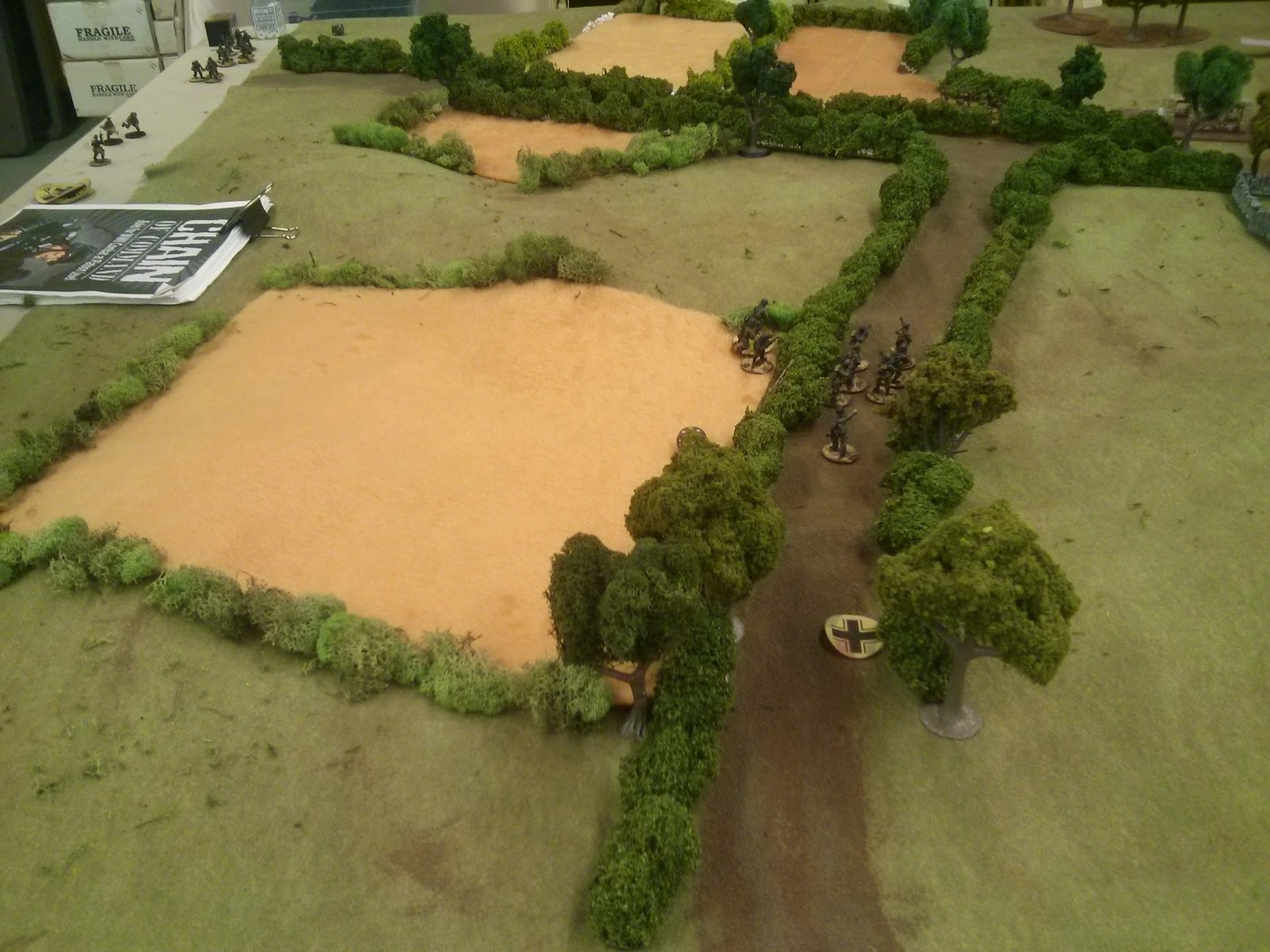 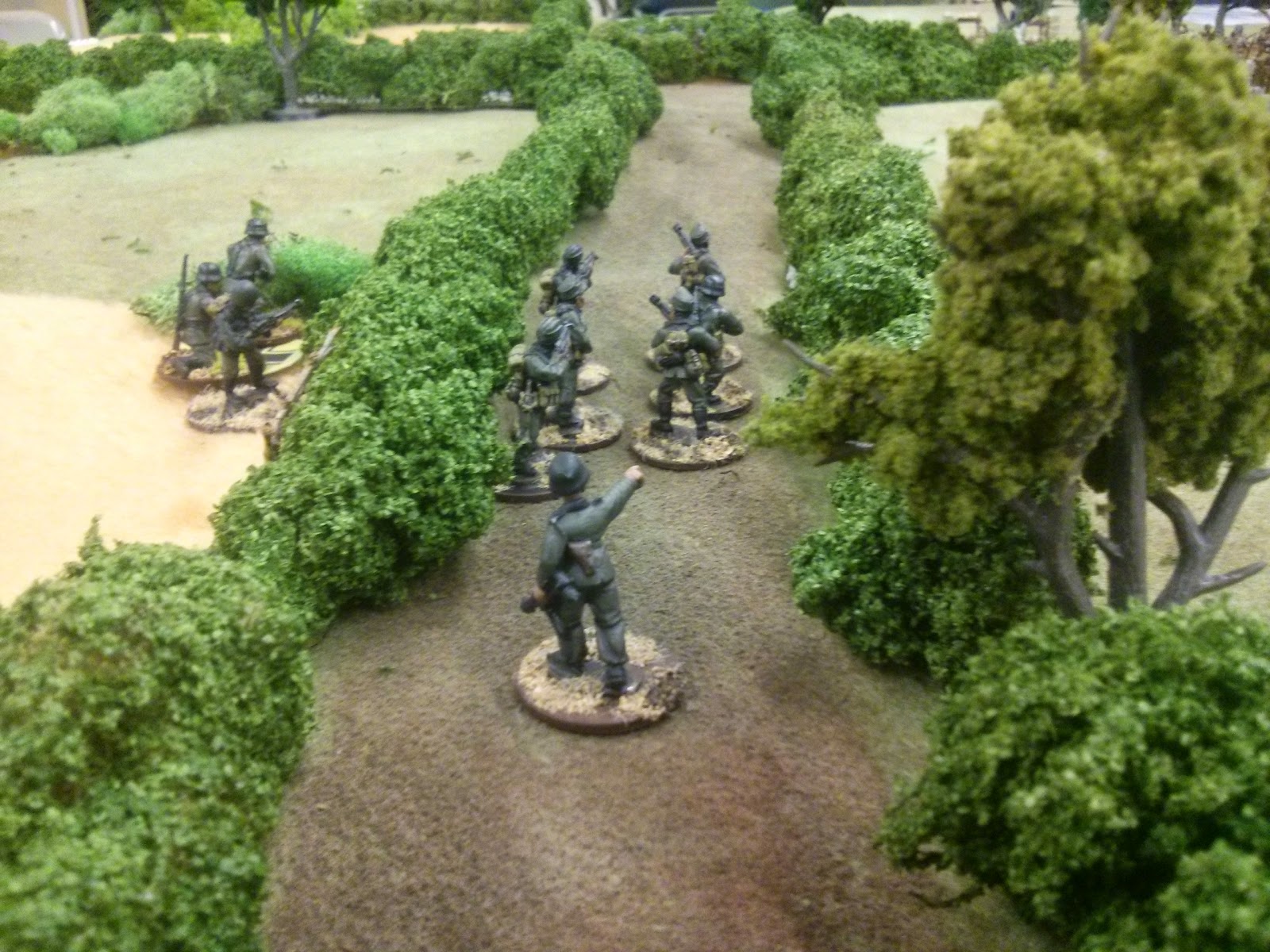 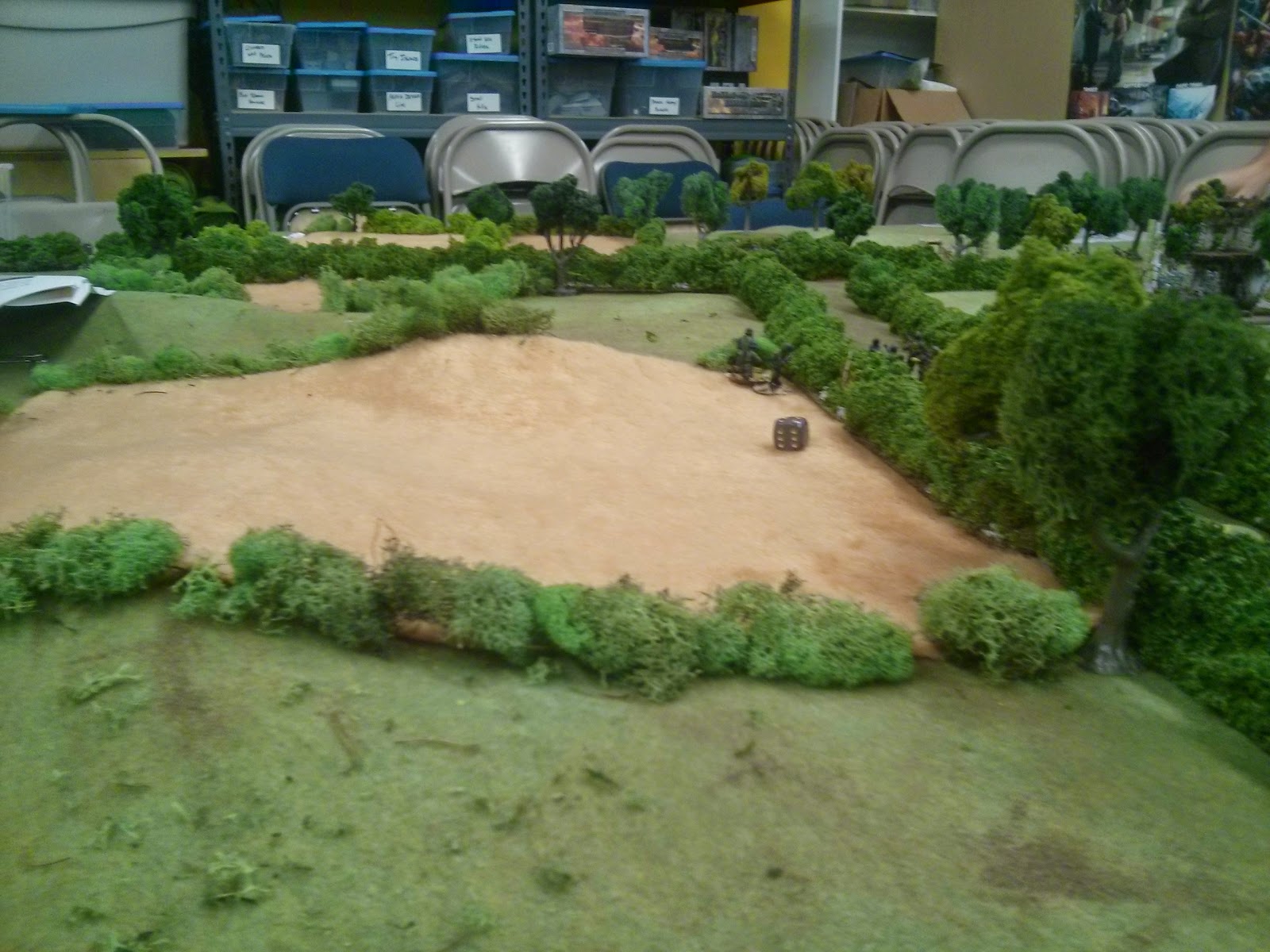 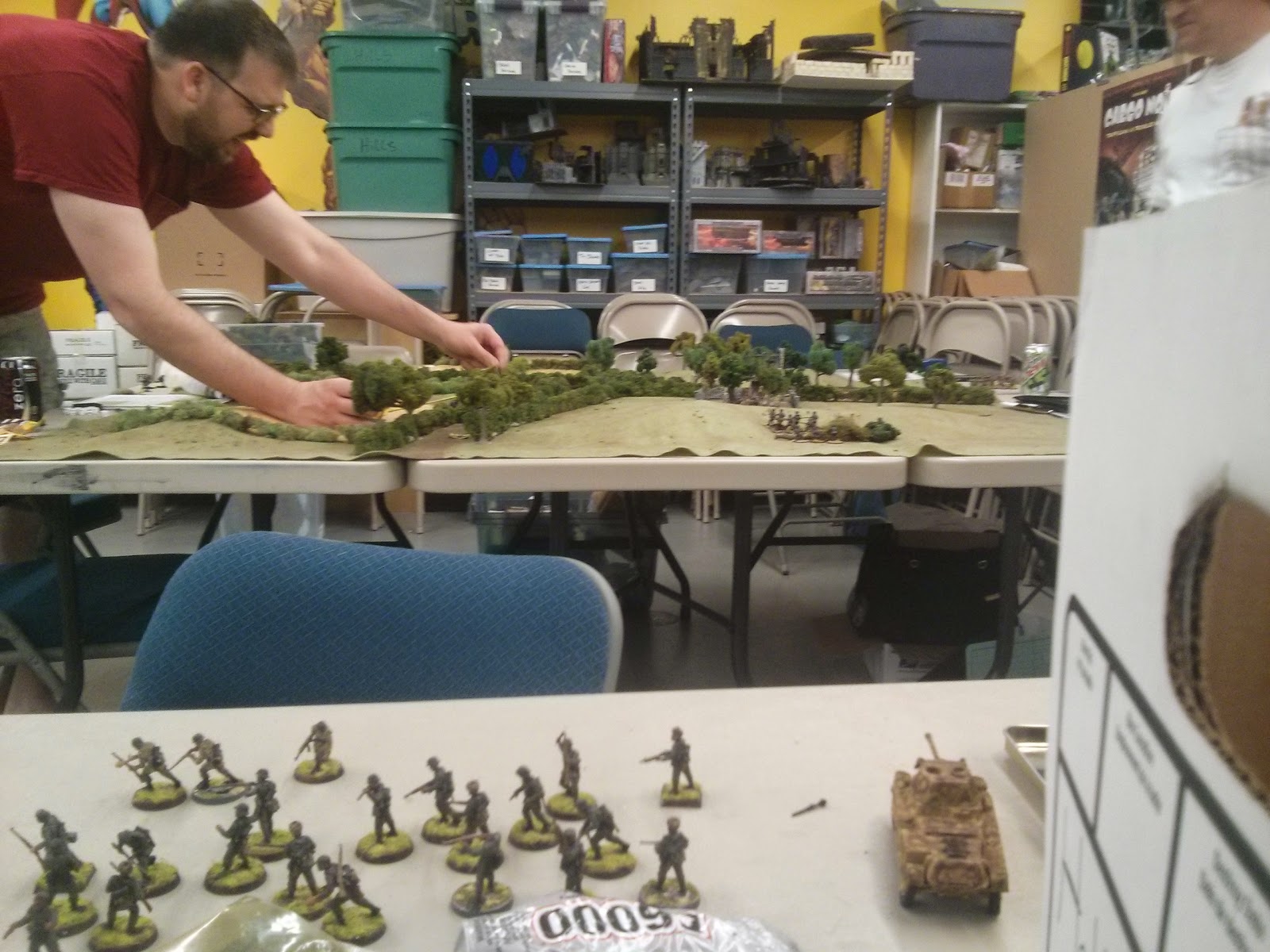 The view from my painting area. 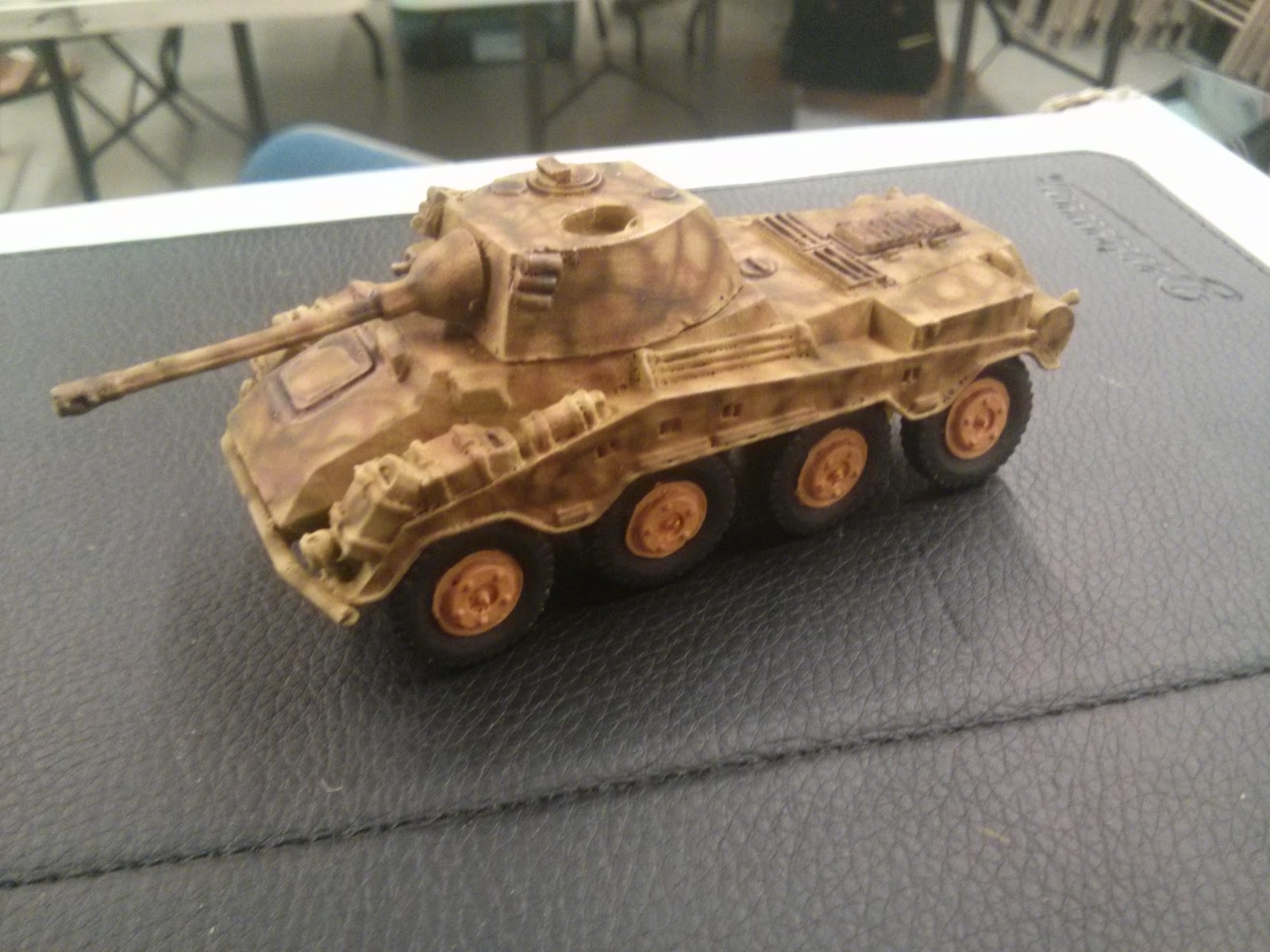 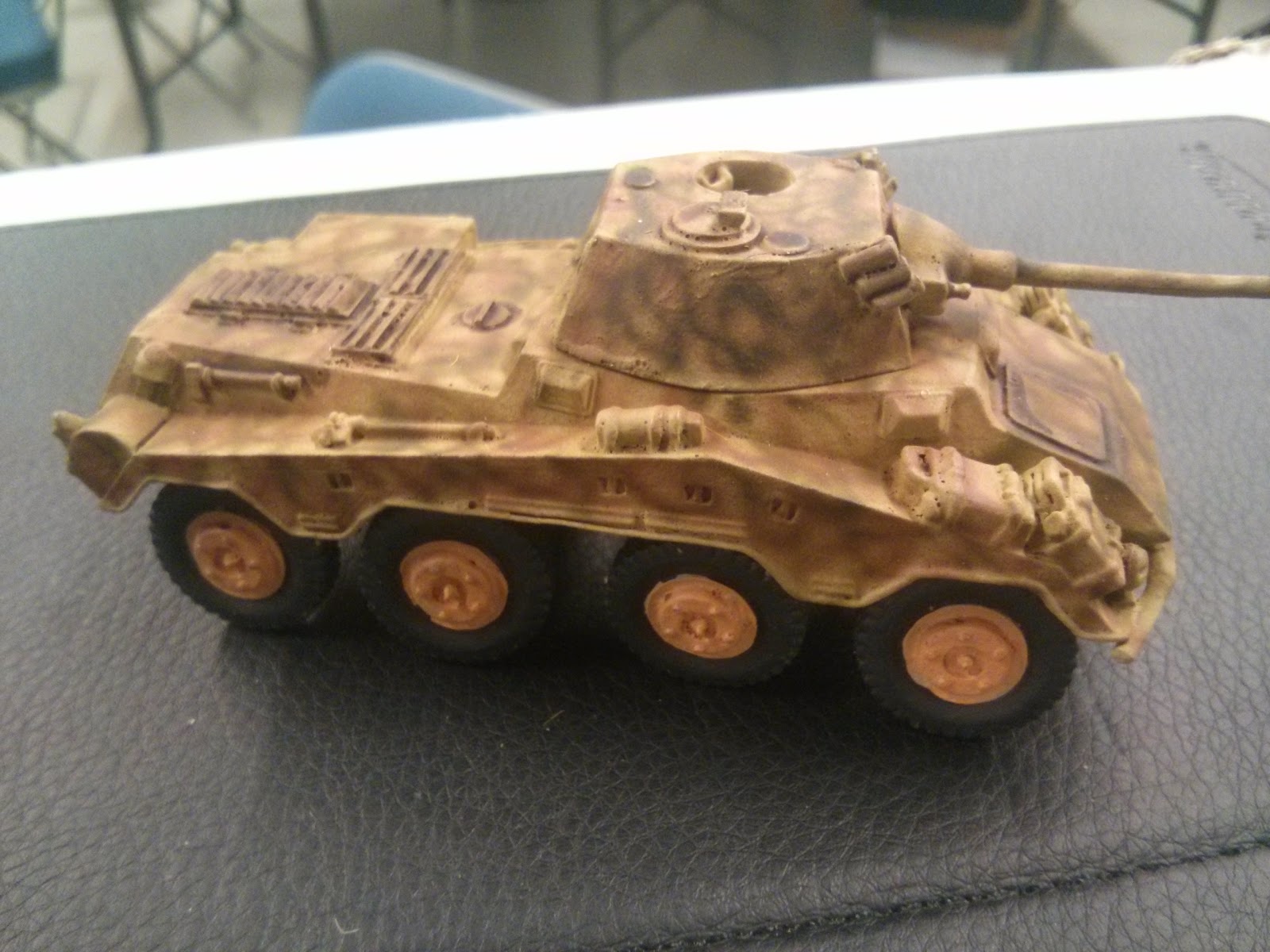