I Love WW2 history, you may have noticed.  All parts, models, books, films, even games yes non tabletop games!

So for something different today its a brief look at one of my favourites. 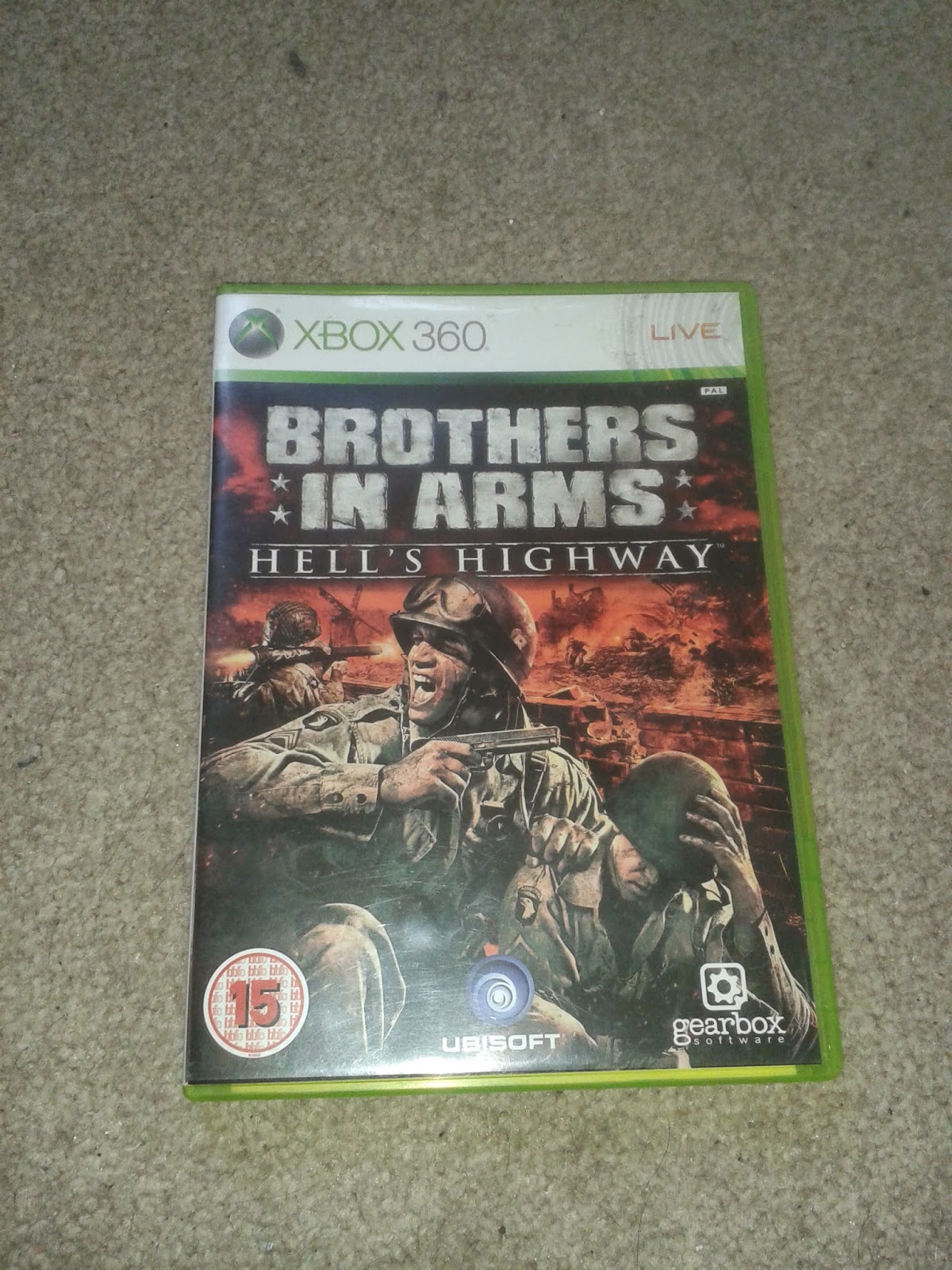 It follows the men of the 101st US airborne during operation Market Garden and following it.
Gameplay-wise it is a first person squad shooter rather different from COD. The big difference is in Brothers in Arms you issue orders to other members of your squad.

When a command is issued, the player model uses authentic WWII infantry hand signals to issue the command to his squad; this is similar to the predecessor Brothers in Arms games. The player also has the ability to take cover behind objects and fire from a third person perspective, which is an integral part of the game's strategy.

The game had many new features, including a selection of new specialized units, including Bazooka and Browning .30 teams. A new “health” system has replaced the more punishing set health per mission system of previous Brothers in Arms games. With this system, the player's screen begins to turn red as he exposes himself from cover and returns to normal when he returns to cover; failure to take cover will result in Baker getting shot and killed. The original "Situational Awareness" system of the first two Brothers in Arms games has been replaced with a simple tactical map that includes historically accurate recon reports based on period reconnaissance of the exact missions the player is currently playing.

One of the newer features of Hell's Highway, is the "action cam". When the player achieves a head shot, executes a good grenade kill, or orders a particularly explosive bazooka blast, the camera will sometimes zoom in on the action and go into slow motion, showing the enemy's gory death. It has good visuals, very satisfying sound nice and loud! [M-And how!]

Its not a go it alone kill everyone yourself shooter, there needs to be team work, getting your fireteams to lay down suppressing fire and moving to flank.

Its a great and often overlooked game that's on a budget price now so well worth a look.
Plus you get to drive a tank in one level: a British Firefly [M- WHAT]. That alone is worth it!!