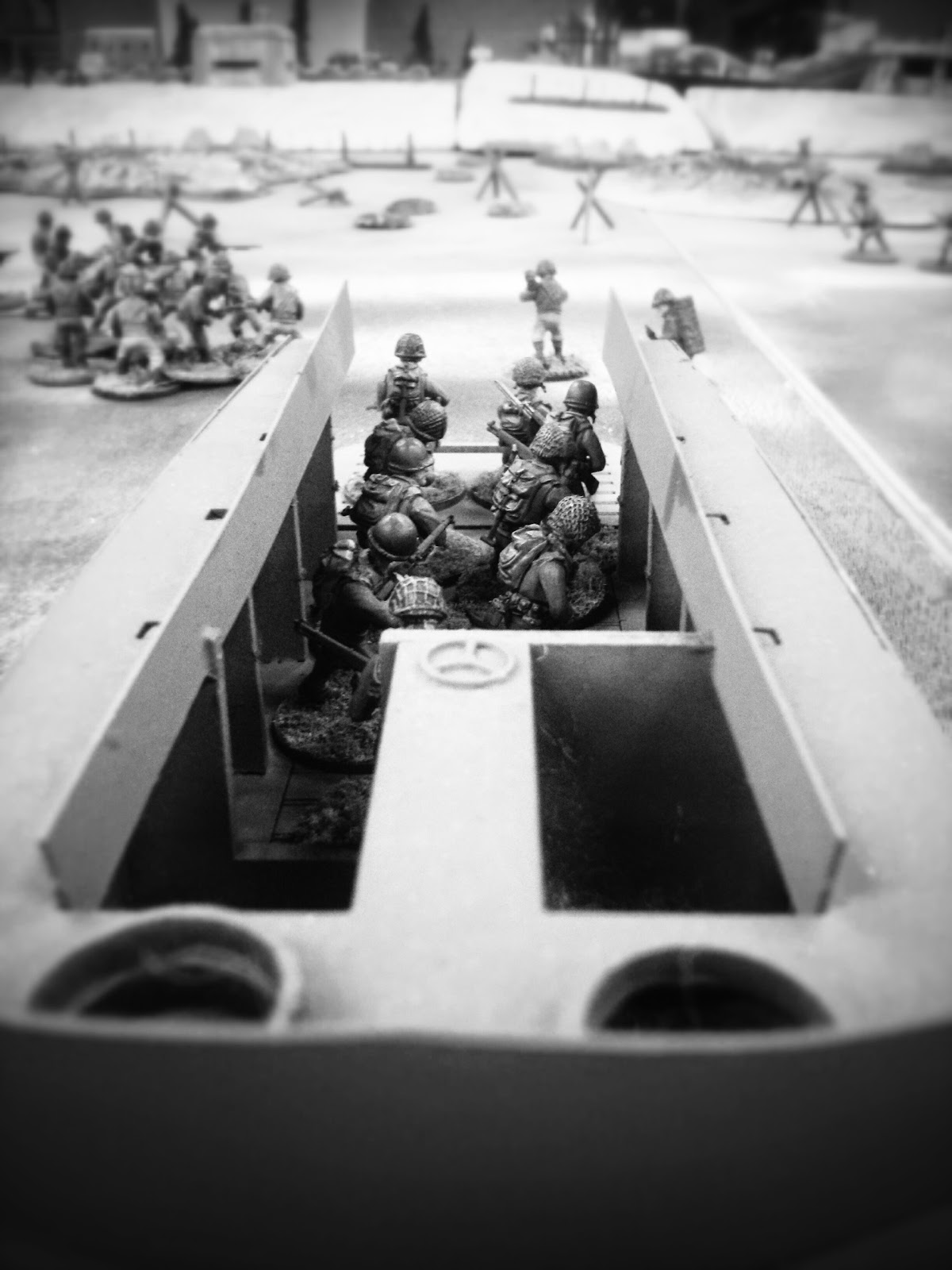 Bunkers increasing difficulty to hit by 4 meant I couldn't touch anything inside unless I had an army of snipers (Waaah, waaaaaaah. Snipers, Air Strikes, and howitzers/medium-heavy mortars would have helped). I did manage to take out a few guys, but the Germans had plenty of officers to unpin. A lack of Air Support was murderous, and the fact that it took 4 turns of full movement to get to the base of the embankments, then another full turn of movement to get into the trenches, and then another turn to shoot/assault. It was... frustrating. Very frustrating. At the very least the eight (!) hour game increased my understanding of the rules. I am quite burnt out, however.

It also makes me want to start experimenting with making water effects with silicone chaulk. I've got some ideas. More pictures from the event are below! 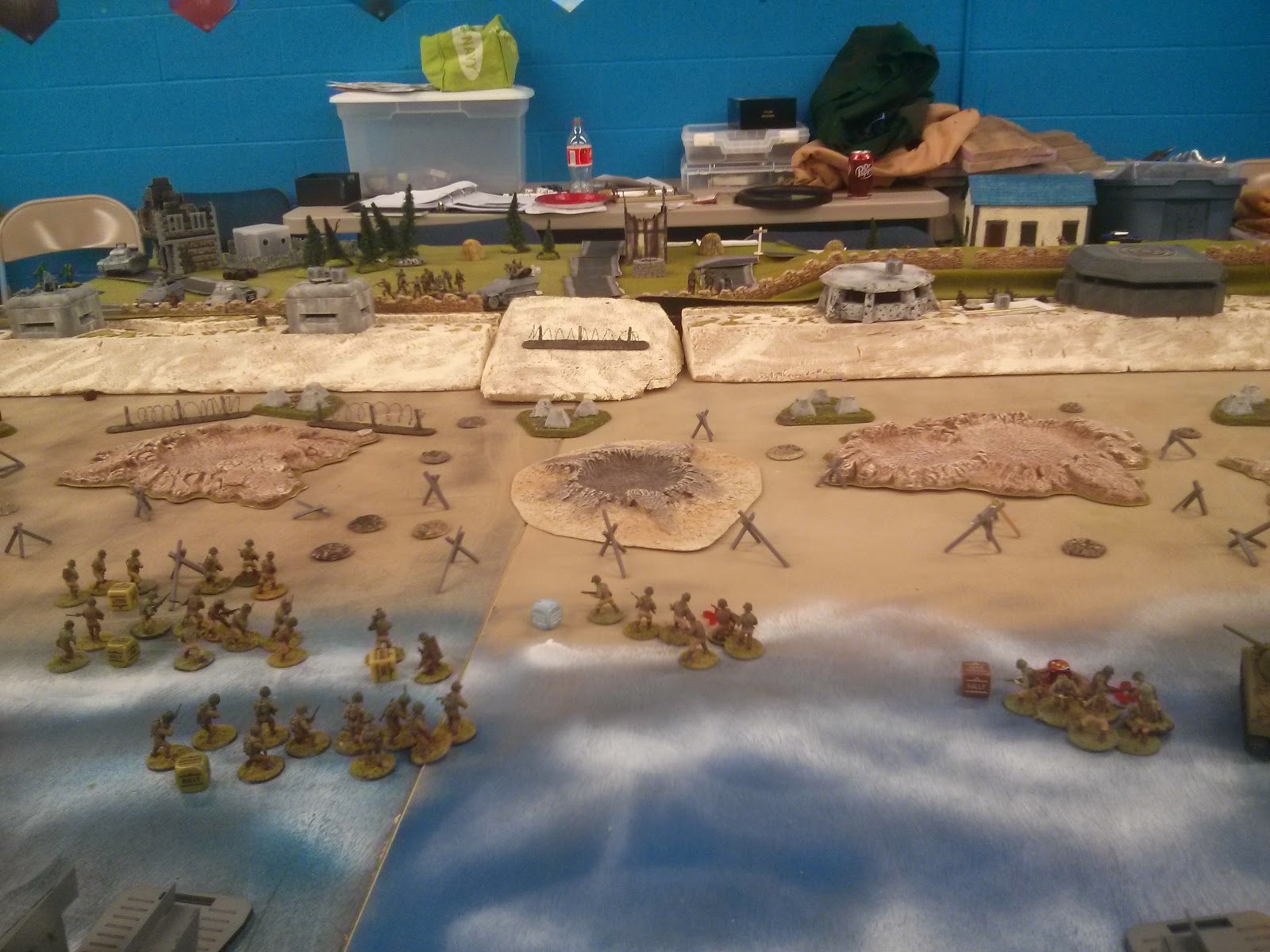 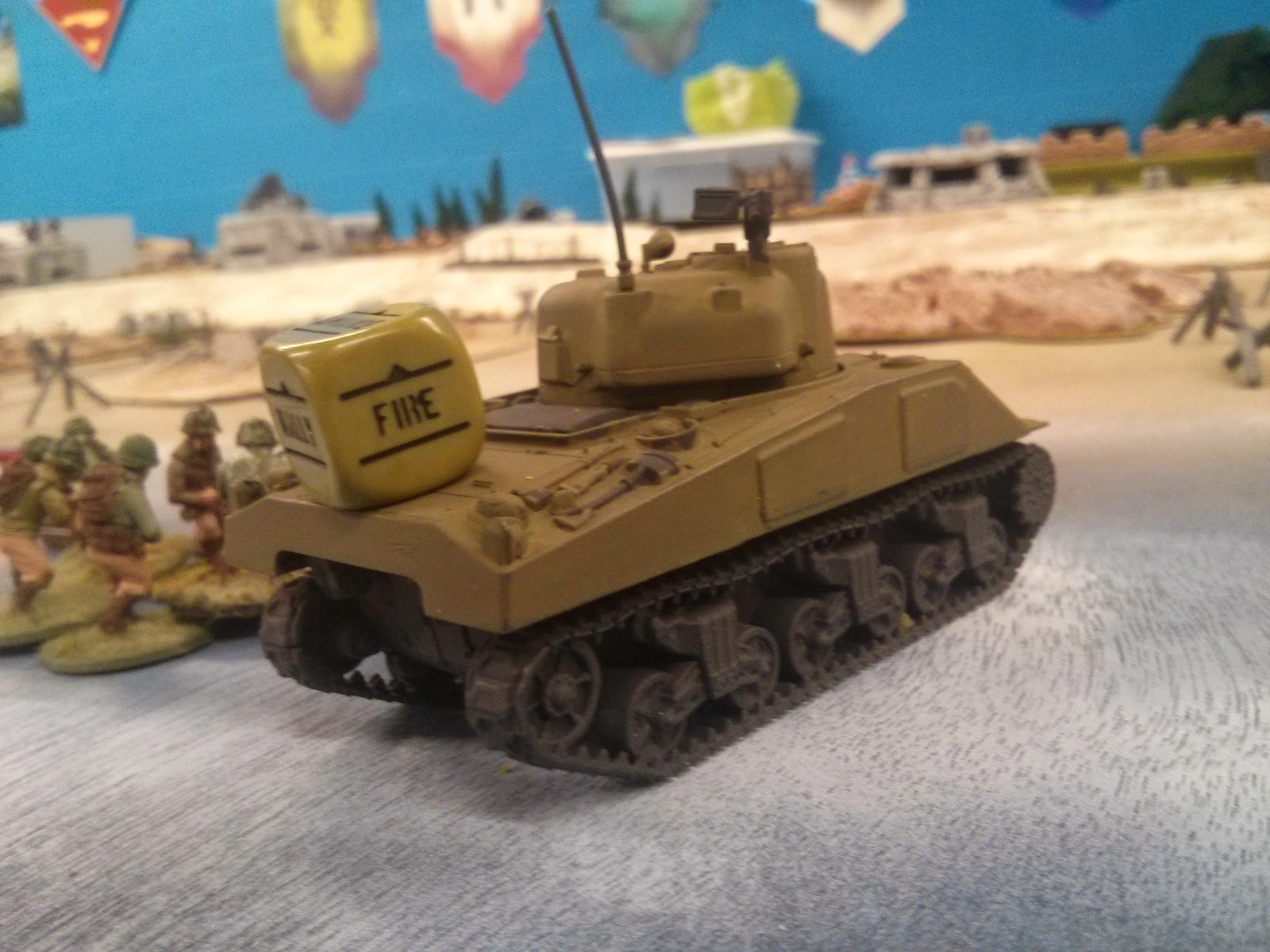 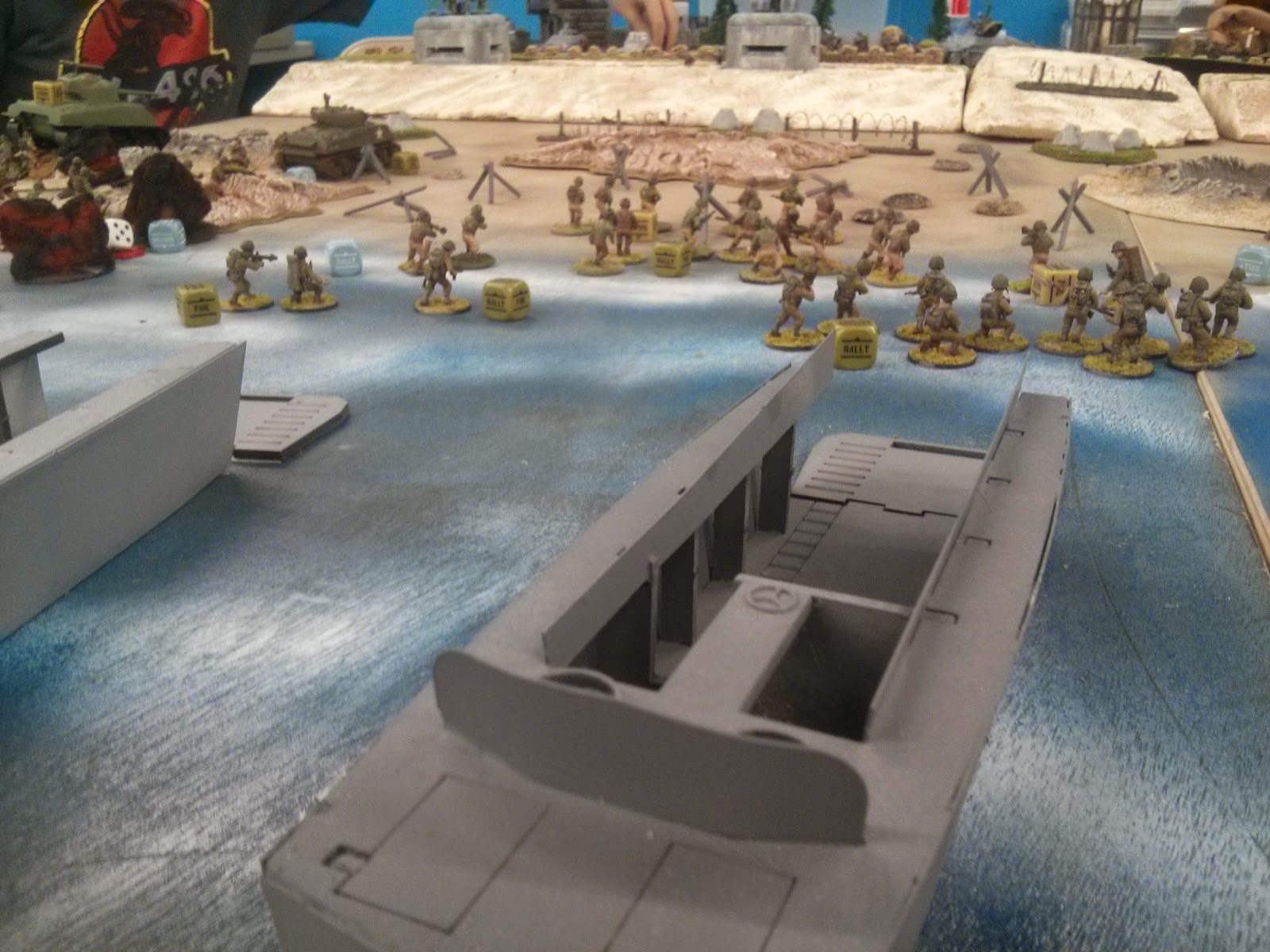 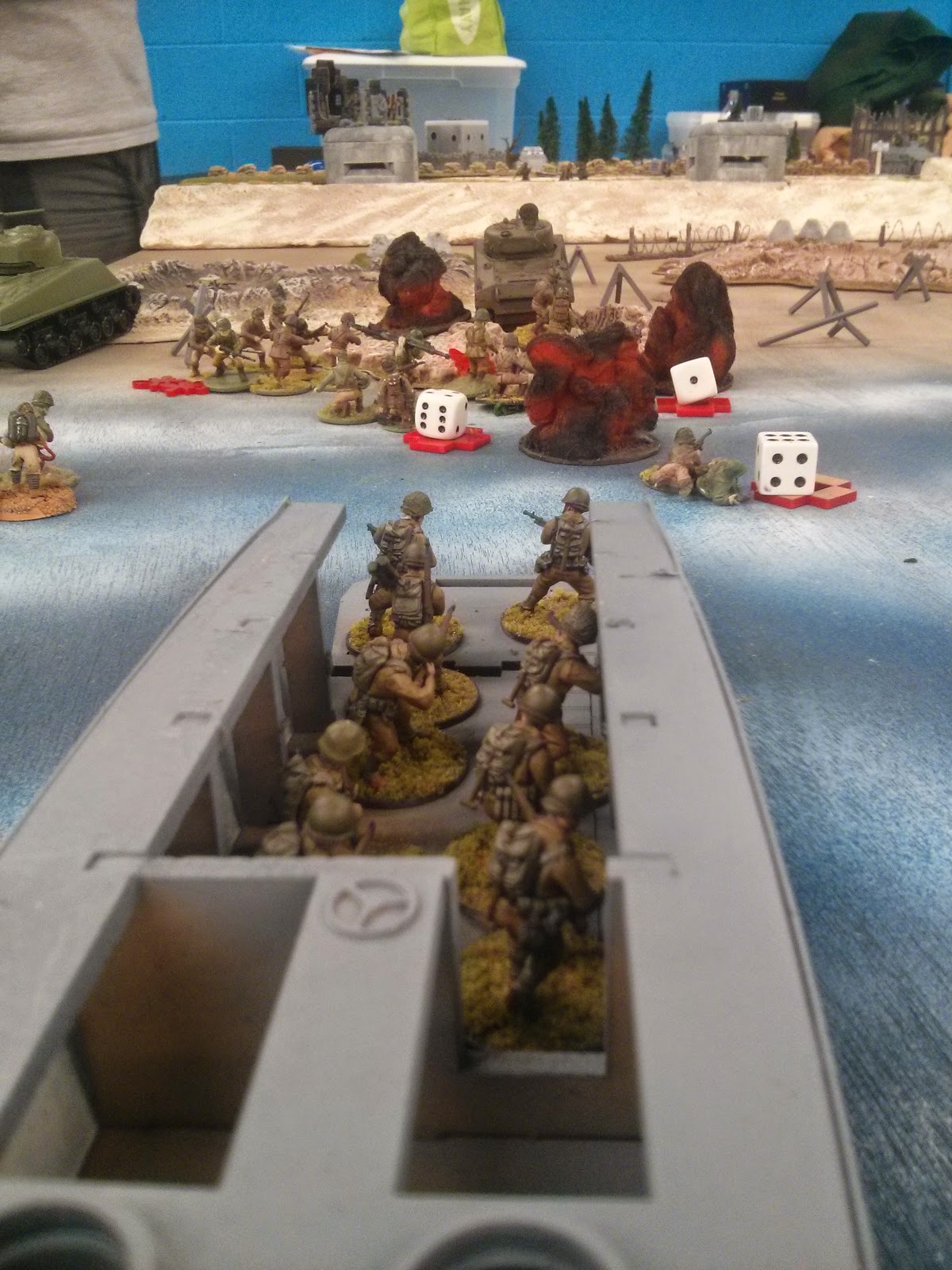 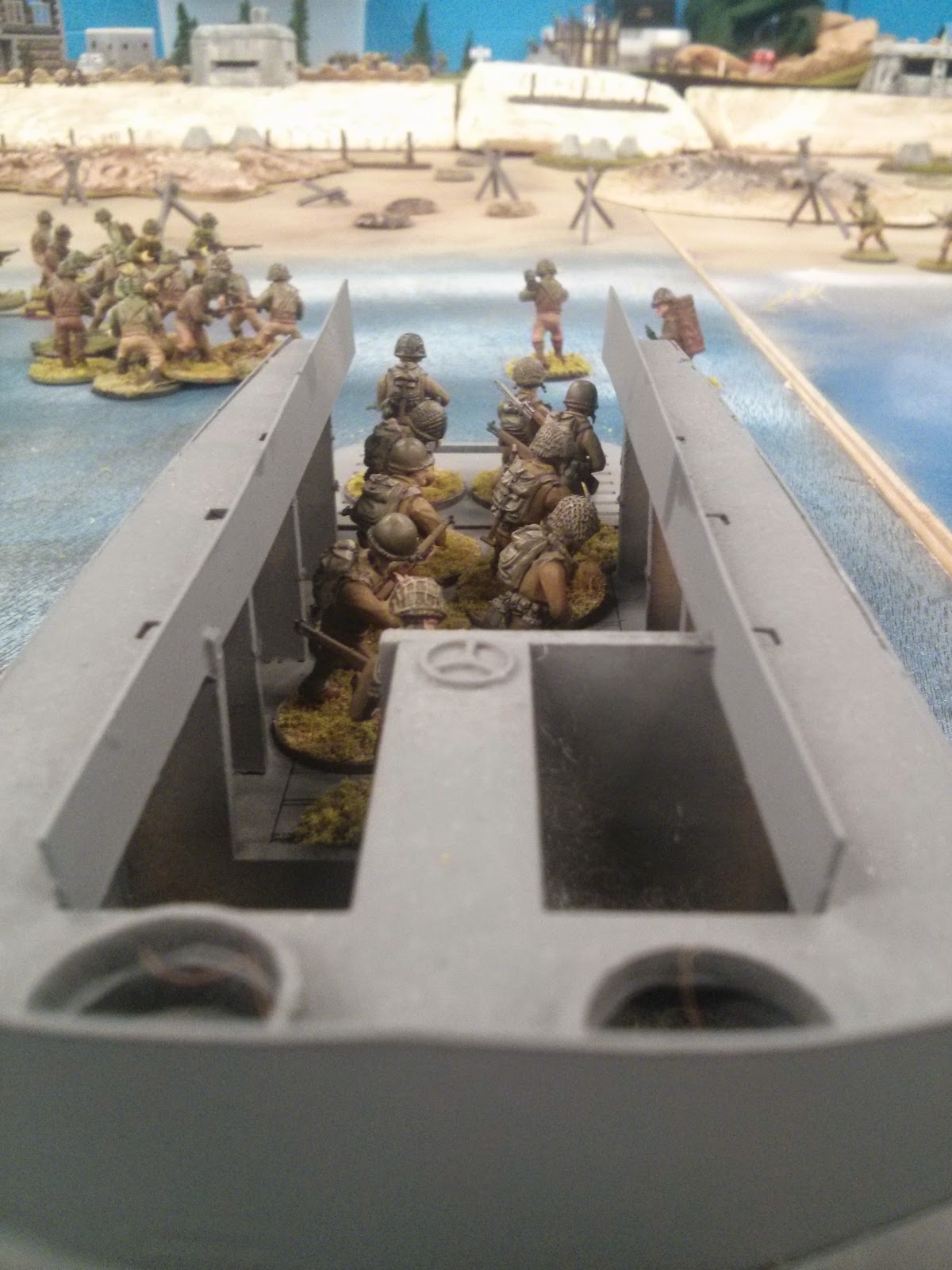 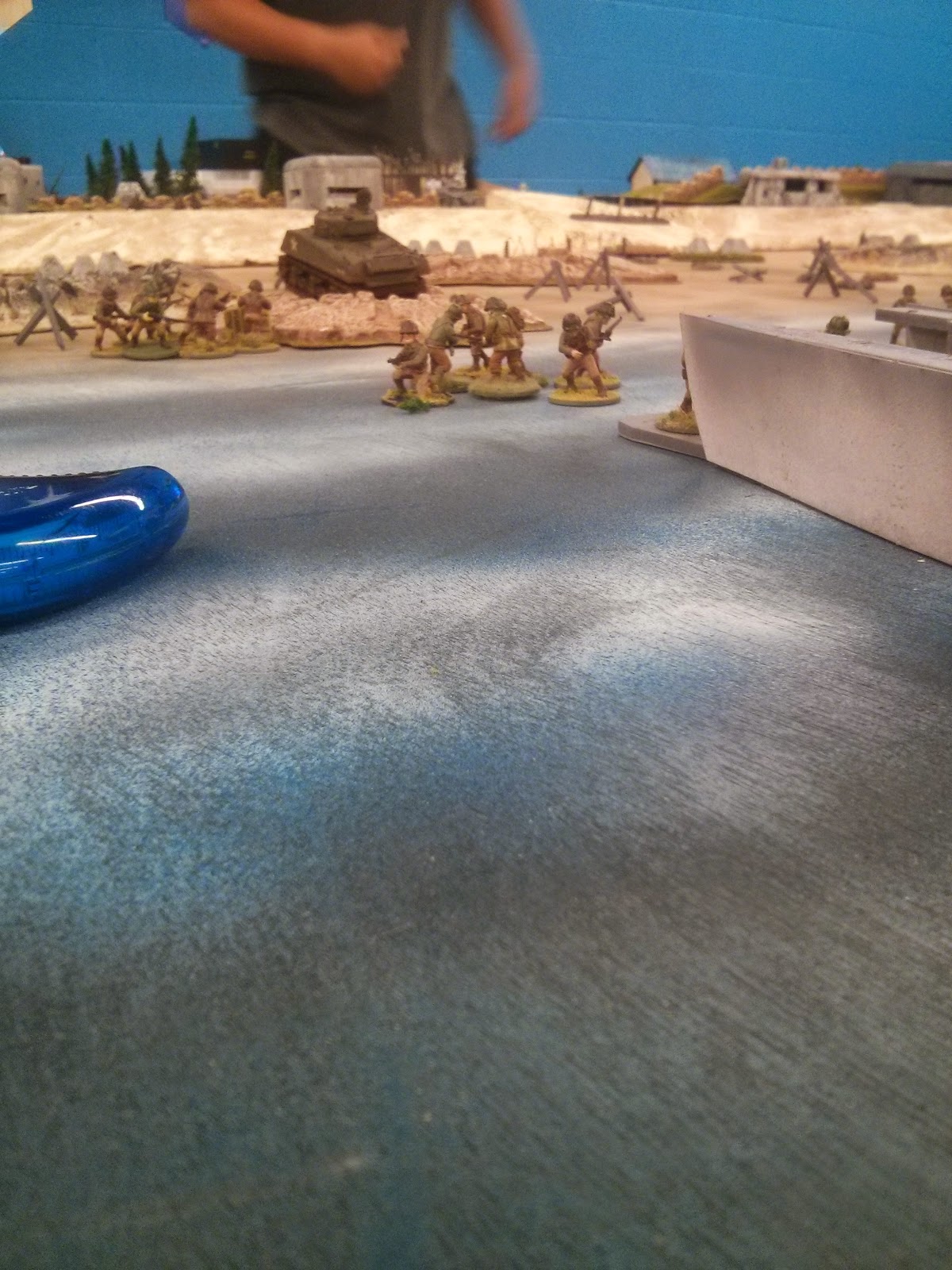 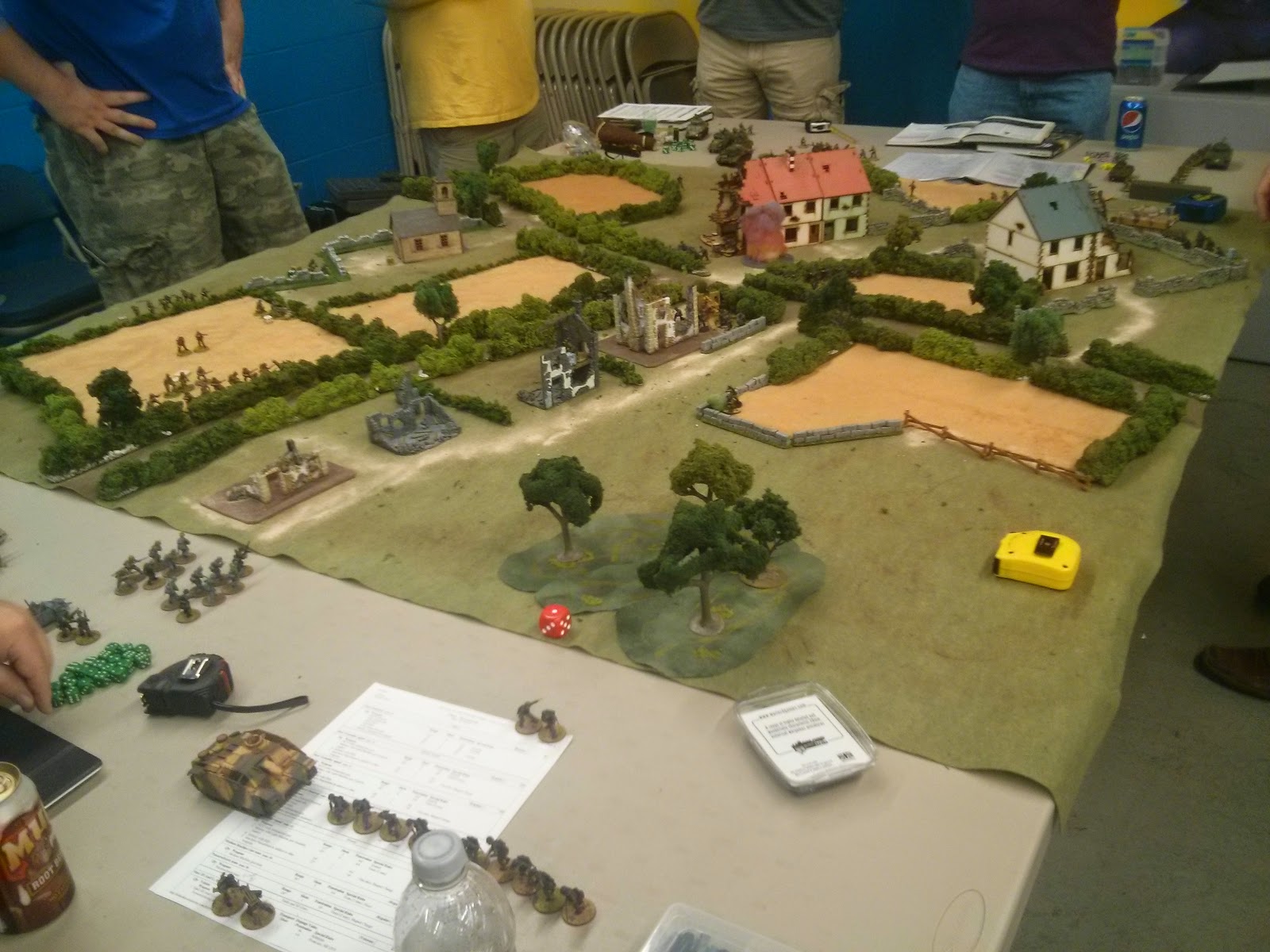 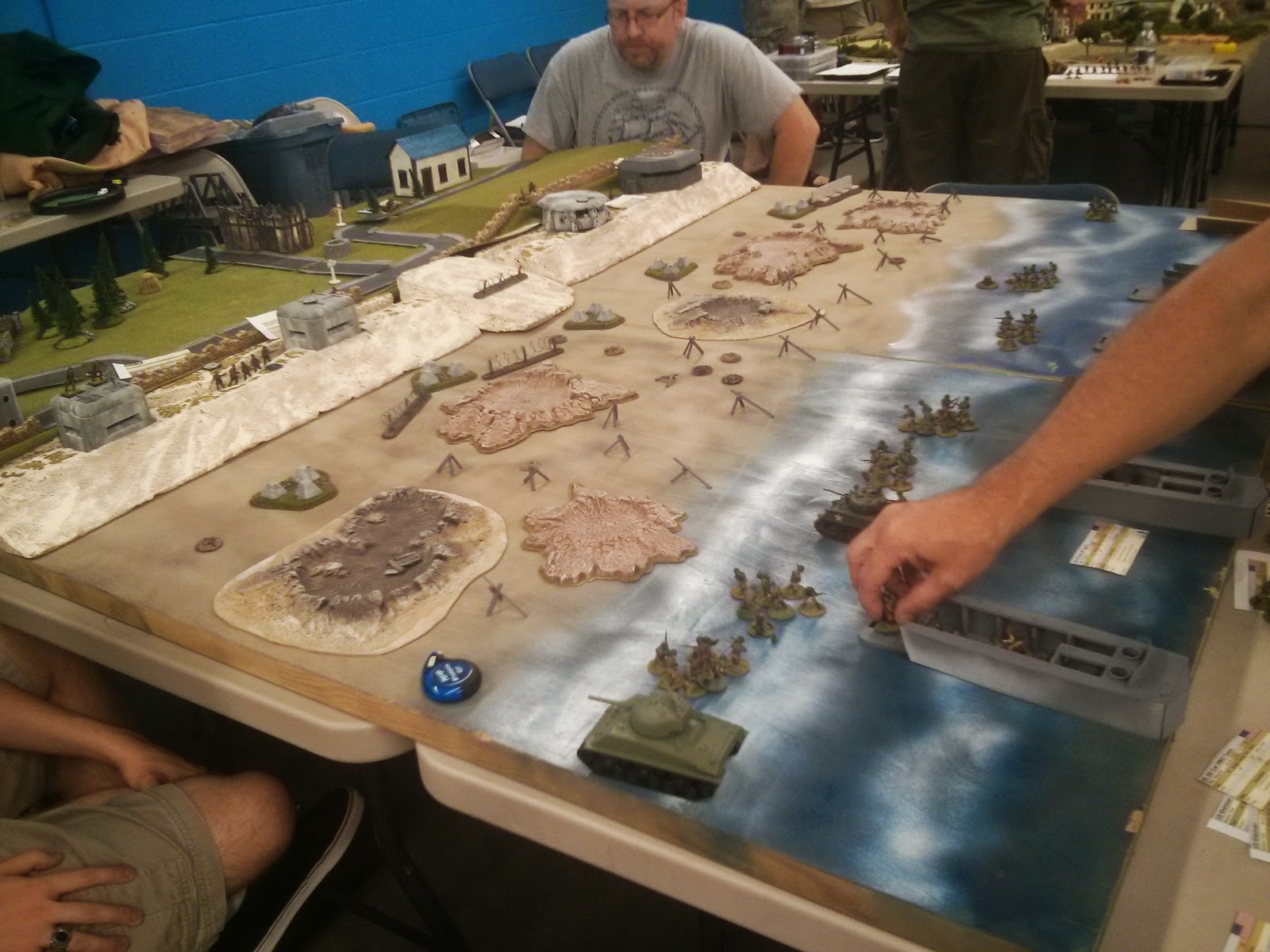 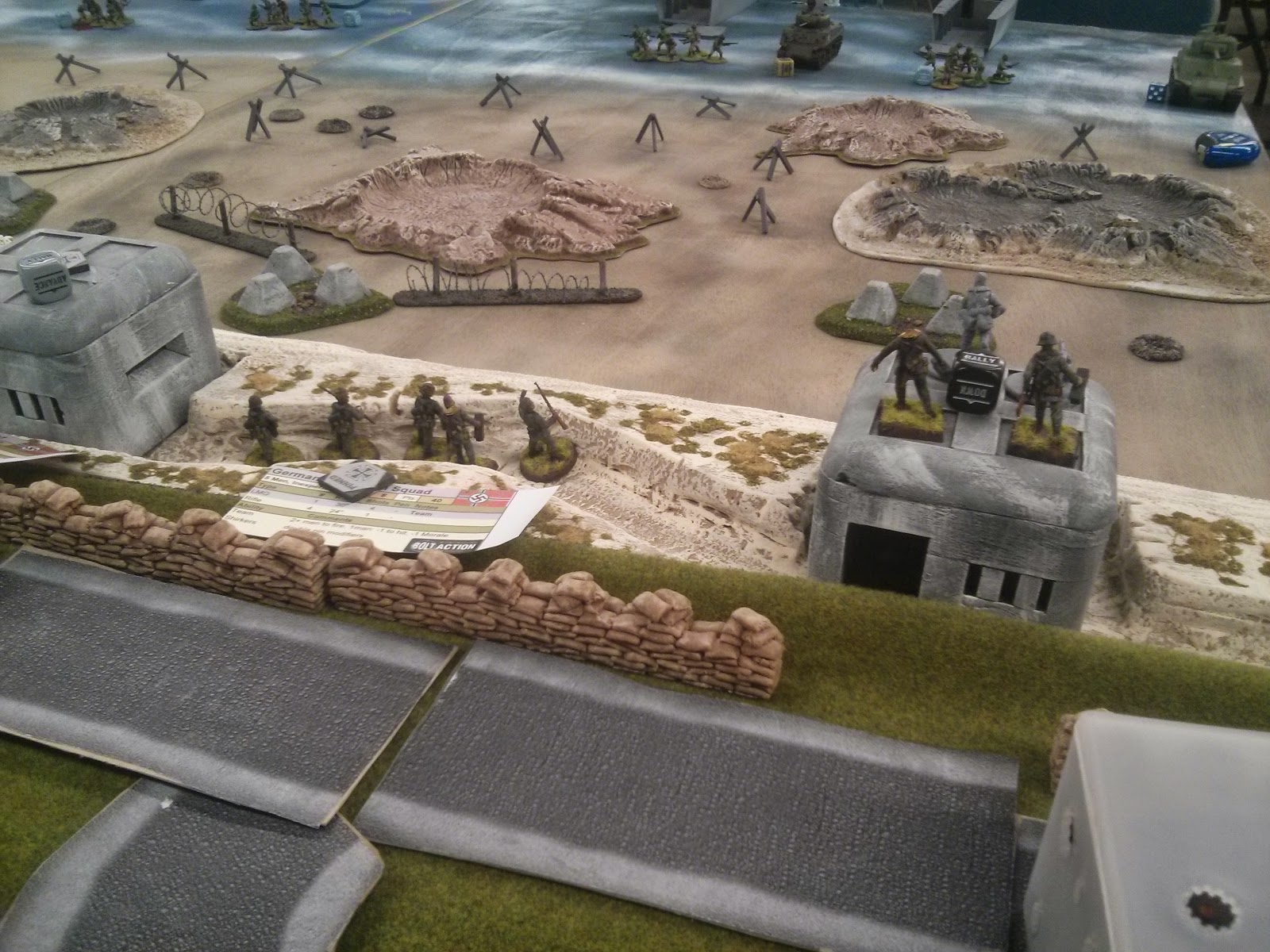 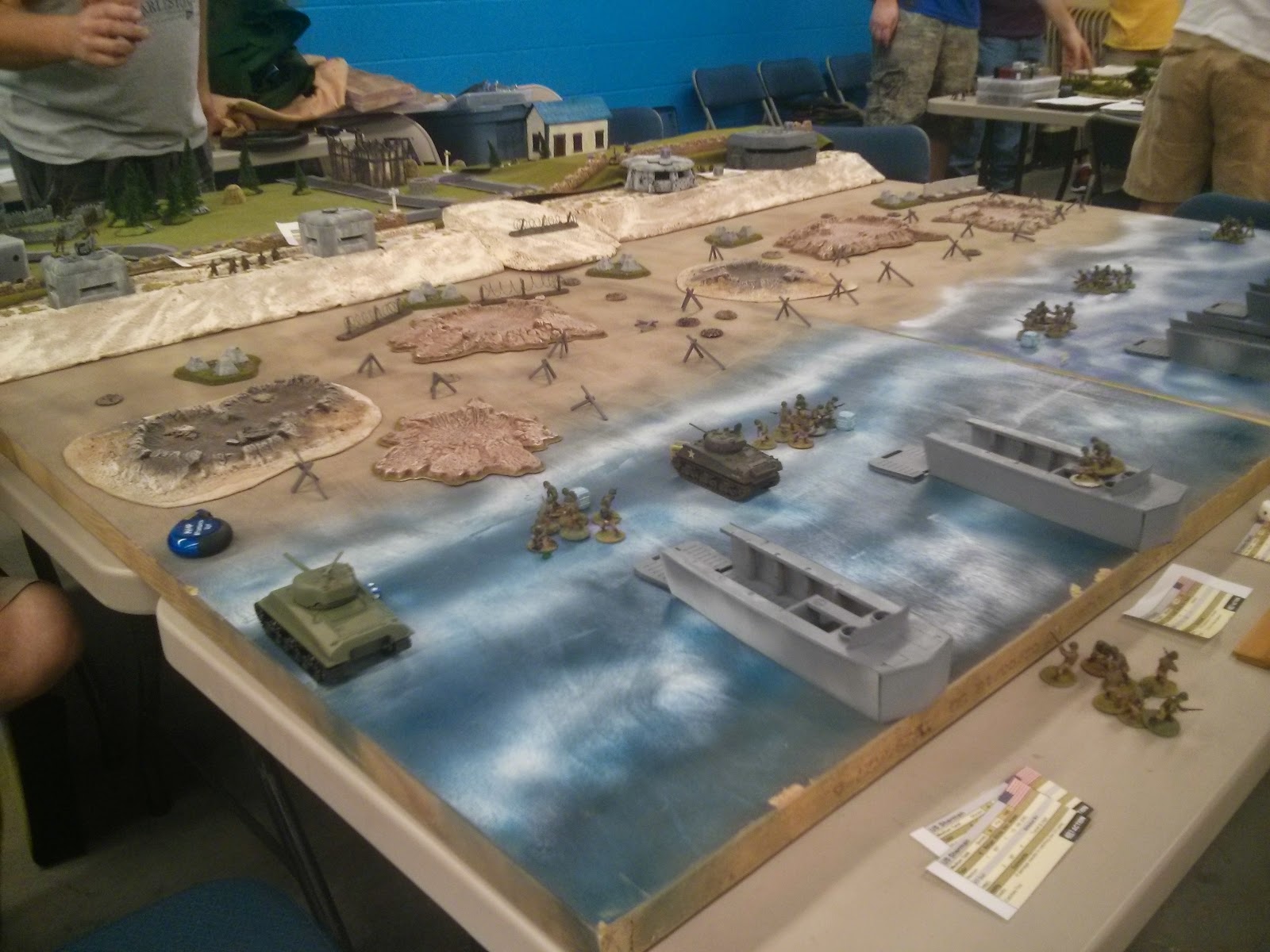 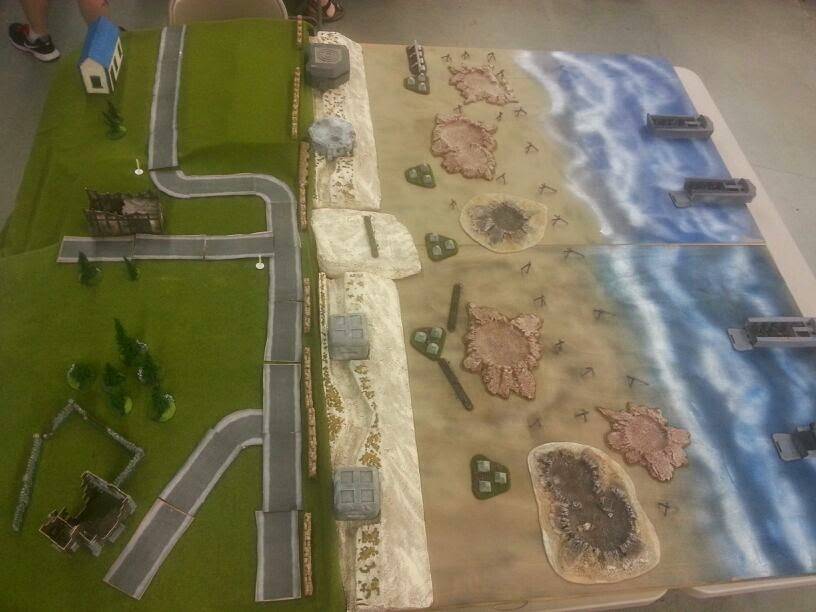 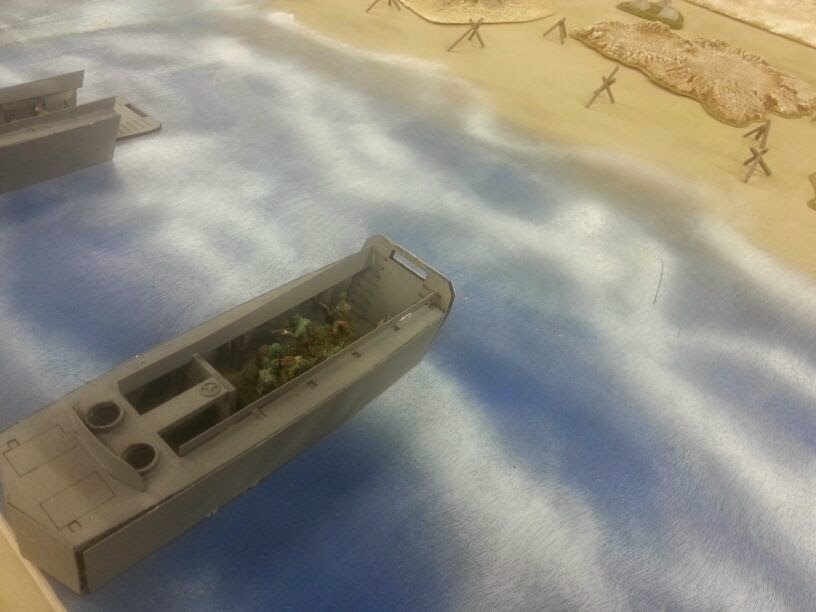 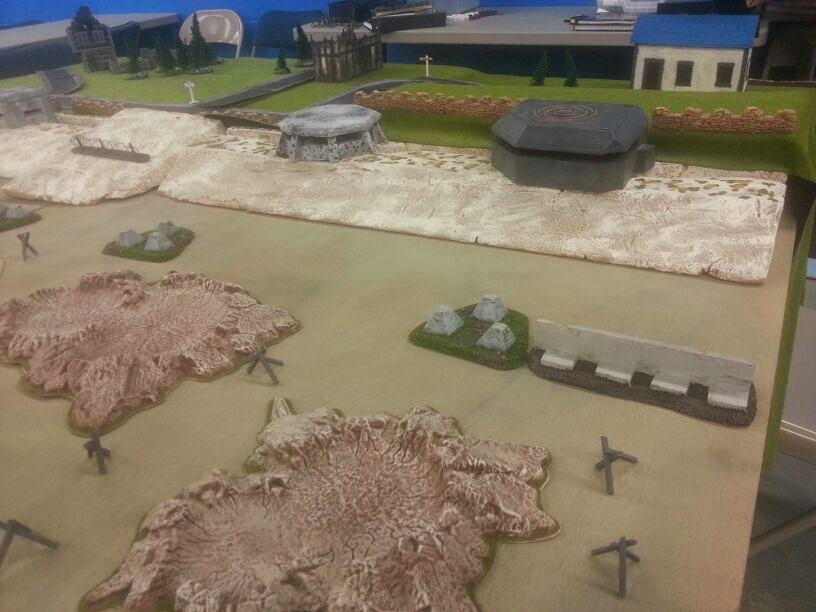