Skip to main content
Labels
Posted by Unknown May 02, 2014

I was asked by a friend and reader of the blog to shed some light on the Hungarian forces in WW2 and a list to get started in Flames of war.  It is long overdue so here it begins!
Hungary was a member of the Axis powers during WW2, and  benefited territorially from its relationship with them initially.

In 1940, under pressure from Germany, Hungary joined the Axis powers.  Although initially hoping to avoid direct involvement in the war, Hungary's participation soon became inevitable. In 1941, Hungarian forces participated in the invasion of Yugoslavia and Operation Barbarossa.

While waging war against the USSR, Hungary engaged in secret peace negotiations with the US and UK. Hitler discovered this betrayal and, in March 1944, German forces occupied Hungary. When Soviet forces began threatening Hungary, an armistice was signed between Hungary and the USSR by Regent Horthy. Soon after, Horthy's son was kidnapped by German commandos and Horthy was forced to revoke the armistice. The Regent was then deposed from power, whilst a  Hungarian fascist leader established a new government, with German backing. In 1945, Hungarian and German forces in Hungary were defeated by invading Soviet and Romanian armies. 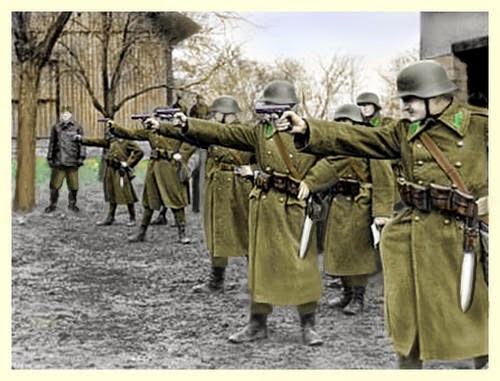 Approximately 300,000 Hungarian soldiers and 80,000 civilians died during WW2 and many cities were damaged, most notably the capital of Budapest in savage city fighting.

The Hungarian army in FOW is a great fun force to build, and good for painting, it uses a mix of its own great looking gear such as this Csaba armoured car 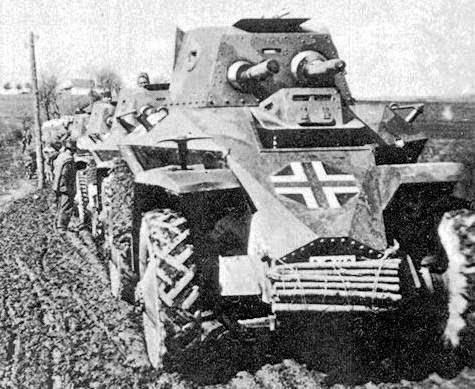 And German equipment as you will see in the list.  This still allows for some good variations as doing German armour and planes in Hungarian schemes can be quite striking, take this 109 for example 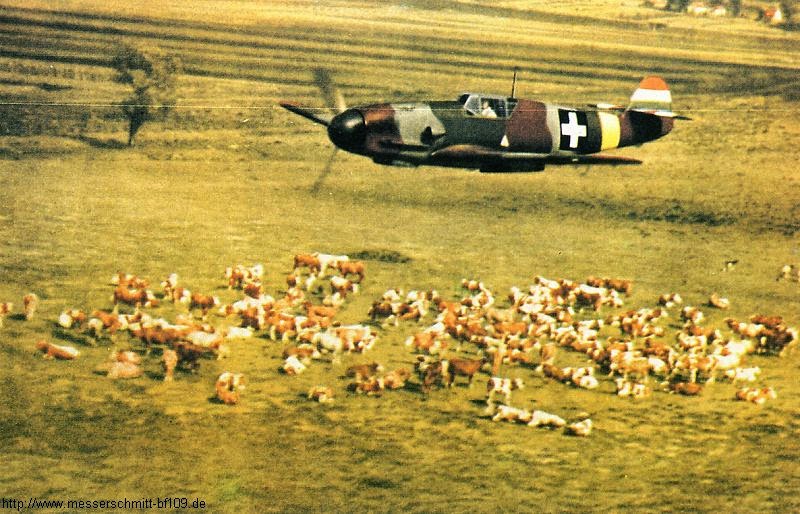 Down to the meat of it, the army list! As Laz (who asked for this) is new to flames of war I thought it best to go with a nice mix of units, Artillery, Armour, Infantry and Air to give him a taste for things, and within that a mix between German equipment and Hungarian equipment, as during Late war (the period the list is for) the Hungarians own armour is usually outclassed. 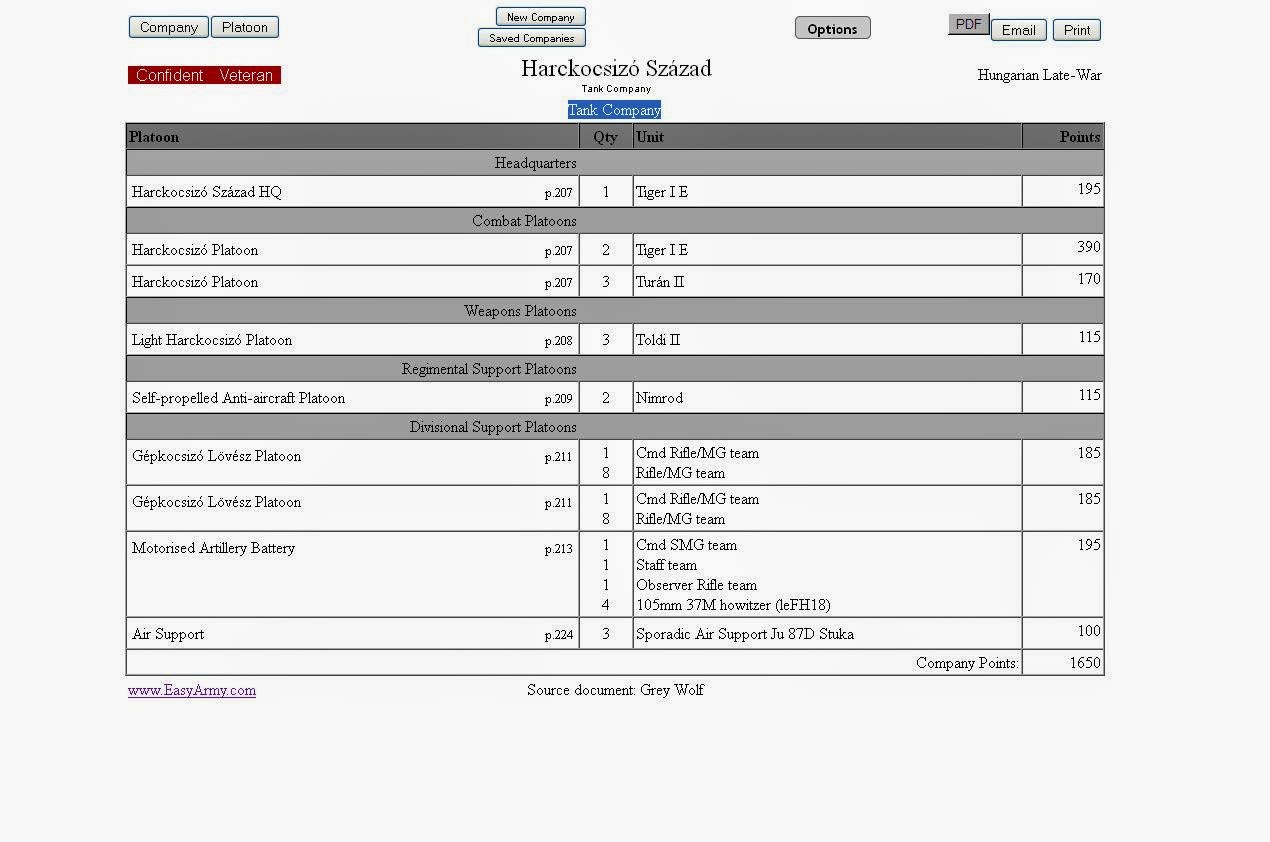 With the help of Easyarmy (easyarmy.com go there it is fantastic) I knocked up this list for 1650 points.
For the HQ a classic piece of armour the Tiger 1E, solid dependable, good armour, good firepower, still able to more then hold its own. (There will be an article on the Tiger in the future) An HQ of the Tiger and another 2 in a combat platoon to give a fearsome striking force.
The second combat platoon is made of the Turin II, a solid medium tank almost on par with the Sherman, but it is one of Hungary's own and is awesome looking so had to be put in. 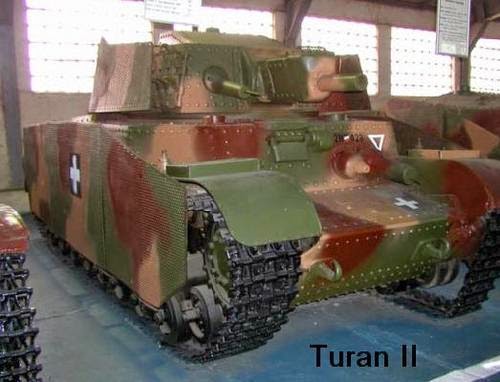 The Turan was produced in several versions. The Turan I was the original medium tank type, which mounted the 40 mm gun. The gun, the standard Hungarian light anti-tank gun, could fire the same ammunition as the Bofors 40mm AA gun, and was mounted in a riveted turret. A total of 285 tanks were produced between 1941 and 1944.

After the disastrous Stalingrad offensive, the army realized that they needed a more powerful weapon to counter the more effective Soviet tanks, especially the T-34. A variant was ordered which utilized a short 75 mm gun in an enlarged turret. Known as the 41M Turan II, this vehicle otherwise remained virtually unchanged from the original vehicle. Despite the improvement, the relatively low velocity of the projectile was unable to pierce the frontal armor of a T-34, except at point blank range. The T-34's main gun could penetrate the Turan's 50 mm of armor at a much greater distance. Hungarian manufacturers built a total of 139 vehicles in 1943 and 1944 before the Soviet occupation of Hungary. 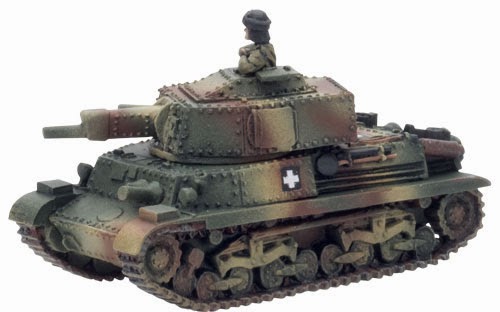 Battlefronts Turan II is a great looking little beast, look at all those Rivets!!
Next on the list we have a platoon of Toldi light tanks. great for using speed to zip around and annoy your opponent, plus again looking wicked cool! 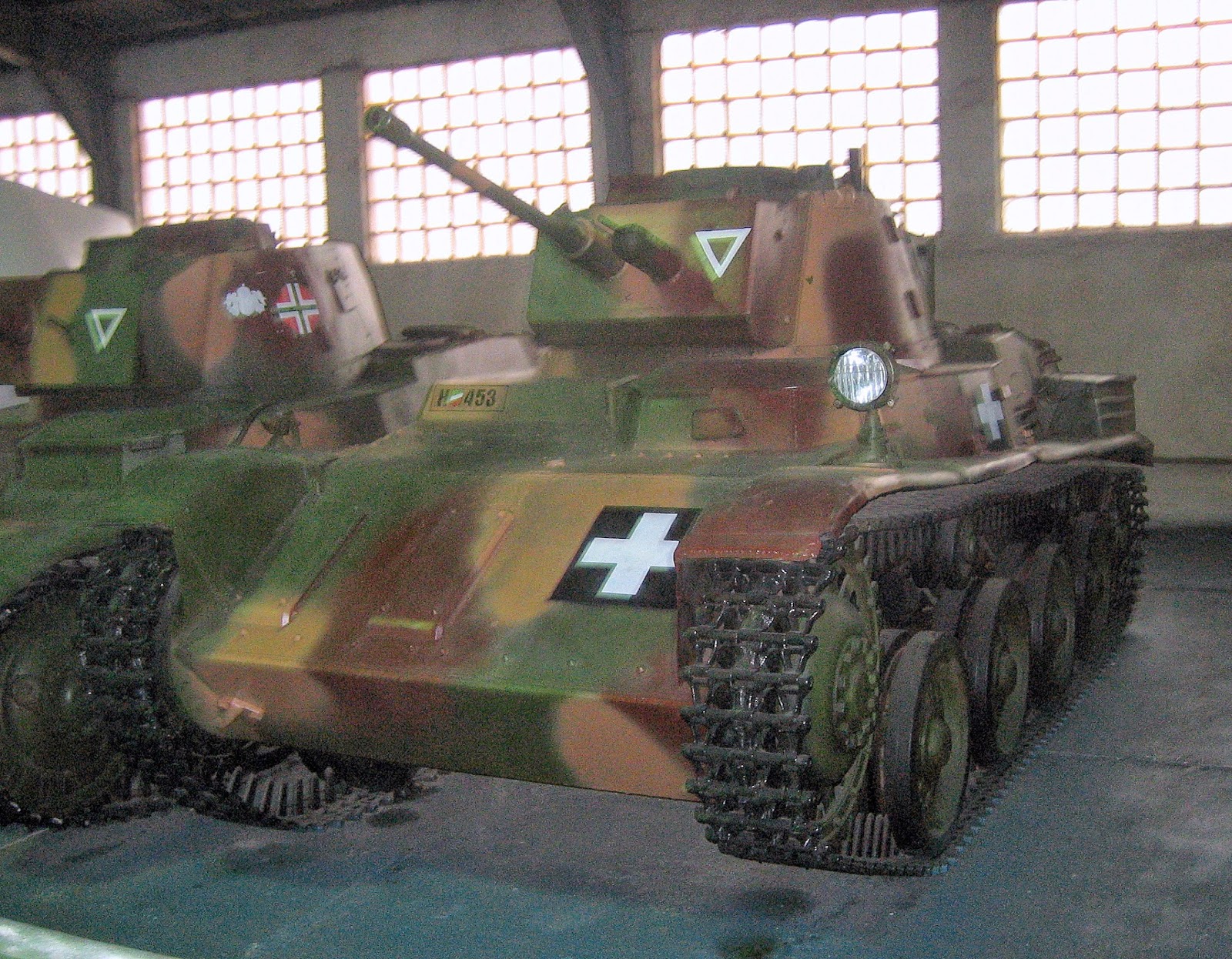 The 38M Toldi was produced and developed under license from Swedish company AB Landswerk between 1939 and 1942. Only 202 were produced. Battlefronts model is again far too nice not to include! 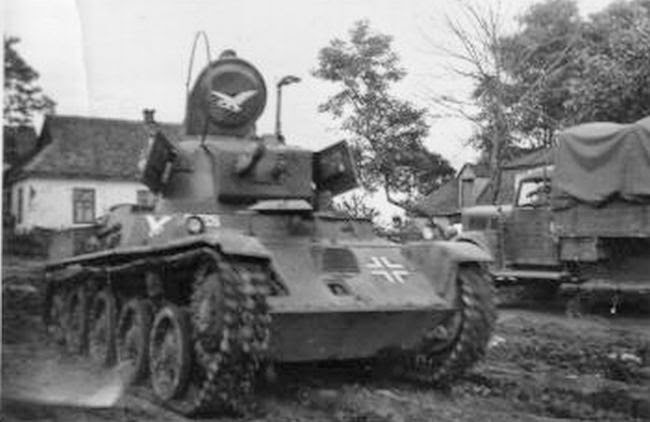 The only two known surviving 38M Toldi tanks (one Toldi I and one Toldi IIa) are preserved on display at the Kubinka Tank Museum . The Irish defense forces have a Toldi light tank that is working, one of two that they have and one other in in the national museum in Colin's barracks in Dublin.

For the final armour slot its the nimrod self propelled AA guns. these are great, they look striking! they are AA plus they can much light vehicles and infantry as well. A really multi-role unit. 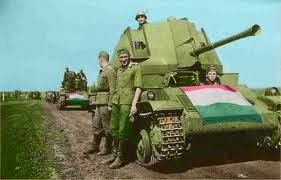 The 40M Nimrod was based on the chassis of the Hungarian Toldi tank, which was itself based the Swedish L60-b tank; however the chassis of the Nimrod was longer and had 6 rollers per side (the Toldi chassis had 5). The vehicle had a crew of six men: commander, driver, two loaders and two gunners.

The vehicle's only armament was a 40mm Bofors anti-aircraft gun made in Hungary under license. The gun fired the usual anti-aircraft ammunition as well as a Hungarian anti tank round. It had a rate of fire of 120 rounds per minute and a penetration of 46 mm at 100 m and 30 mm at 1000 m. The Nimrod carried 160 rounds.

Late in the war, the vehicle was issued with the 42M "Kerngranate" round. This was a rocket grenade fitted over the muzzle in the fashion of a rifle grenade. 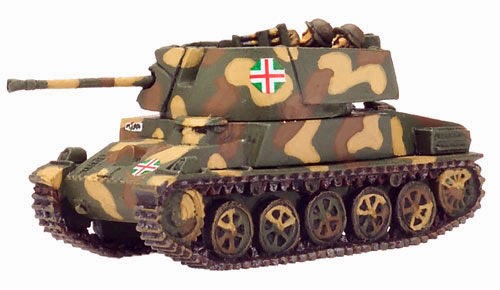 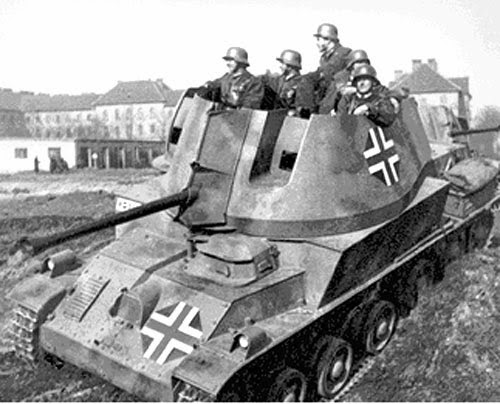 A total of 135 Nimrods were built, most of which were deployed by the 51st and 52nd Armoured Auto cannon Battalion of the 1st and 2nd Hungarian Armoured Divisions, respectively. Nimrod batteries attached to armoured and motorized battalions were allocated six vehicles each.

With all this great armour around, you still needs boots on the ground, so to bulk out the force is two 8 stand platoons of rifle/mg infantry. solid troops 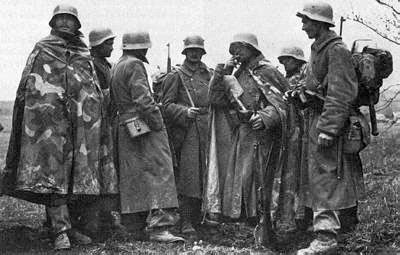 and a nice big battery of artillery. the 105mm 37m howitzer was the same gun as the leFH18 of German design. 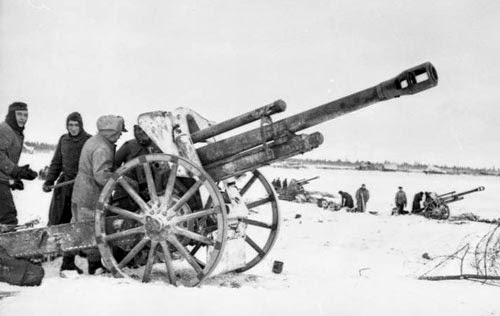 The 10.5 cm leFH 18 was the standard divisional field howitzer used by the Wehrmacht during the Second World War. It was designed and developed by Rheinmettal in 1929–30 and entered service with the German army 1935. Generally it did not equip independent artillery battalions until after Stalingrad in 1943. Before 1938 the leFH 18 was exported to Hungary and Spain. 53 were also exported to Finland, where they were known as 105 H 33. 166 leFH were exported to Bulgaria in 1943 and 1944. 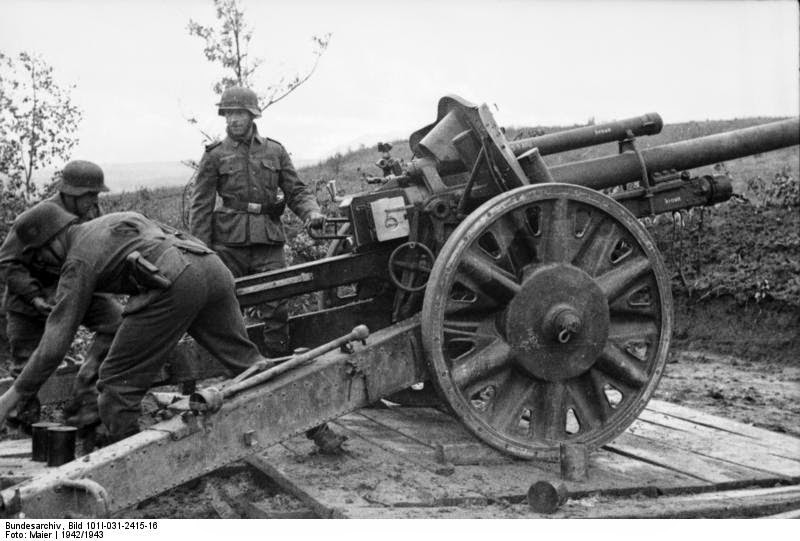 The final piece of the army list is the venerable Stuka. It was used by the Hungarians, and provides another weapon to employ and to learn about. ( there will be a post about the Stuka in the future as well) 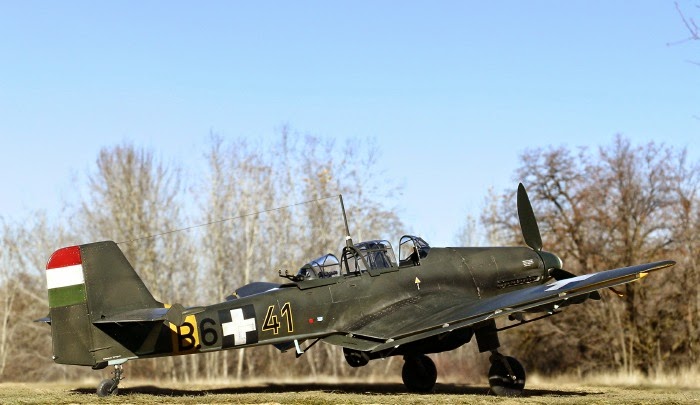 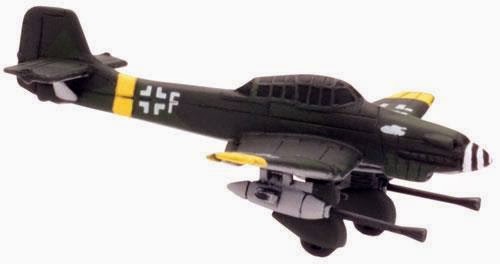 There is the battlefront Stuka, easy done in a Hungarian scheme.

Well I hoped you liked this long ramble through many things.