I was very fortunate to recently be gifted an amount of Reaper Bones Kickstarter Bones miniatures and Reaper Paints that can best be described as irresponsible. We're talking a few hundred minis, from wee goblins to five-headed Tiamet. I am very grateful to have an airbrush for when I get the nerve to tackle these larger models (and boy howdy are there a lot of them. So many dragons). 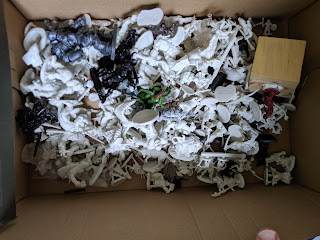 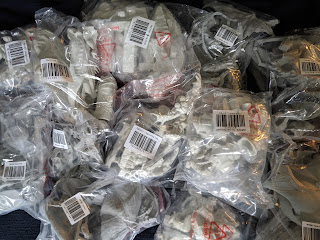 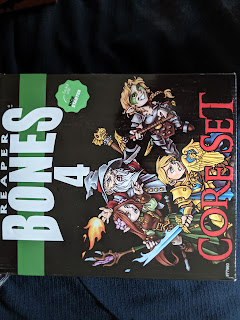 A friend loaded up on these and then, like a lot of us, lost the drive to paint. University and a job and then getting into a PhD program will do that to a person (congrats, Chris!). I likely won't be painting all of these, or even keeping all of them, and will be listing a good amount for sale. If y'all are interested, let me know and we can work something out.

I don't know if I have stated it on this blog, but I'm not the biggest fan of the Bones minis. They do what they need to do, which is be cheap miniatures that look great on the table. A step up from non-figure proxies, but they lack the 3D contrast in the details that makes detail-laden figures easier to paint. You have to expect that sometimes washes just won't give you the effect you want, or that you can't drybrush certain areas (there's a wooden club handle I'm not entirely looking forward to, for example. There are some decent gaps where pieces go together, especially on larger models, and because this is a bendy plastic, some of the plastic is, well, bent. Nothing a hair dryer can't fix.

Reaper says you shouldn't use spray primer on these, and that you can paint directly on the figures if you don't want to use their paint-on primer. You "can" do a lot of things. However, you don't have to! I used Army Painter's black primer for the ones in the picture with that there dragon you see above. No tackiness, no plastic-melting, just a no-fuss primer experience. Slight fuss if you forget your disposable gloves, oops. 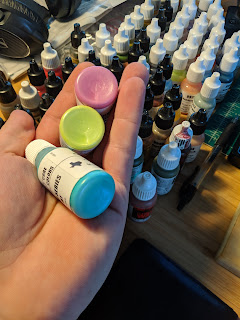 Chris had ordered some paints to go along with the minis in the Kickstarter, and it's nice to have these in the arsenal. I'm looking forward to trying out some new colors! 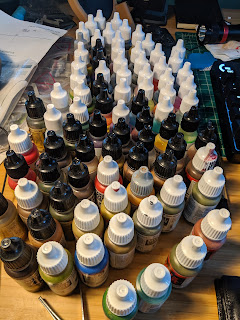 The non-dropped paints are in another box, but there's enough here to get some serious work done. How do they look? Well! This is one of the few metal minis that came in the boxes that had already been primed, and he passes the 3-foot test. Brilliant! Just a little TLC on the base and ready for the D&D. 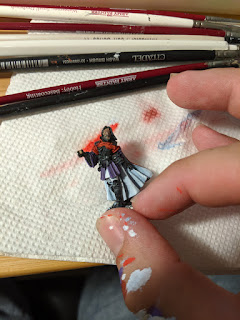 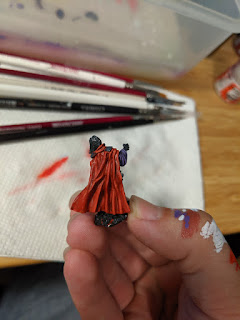 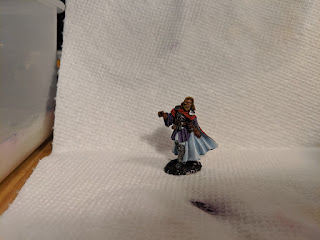 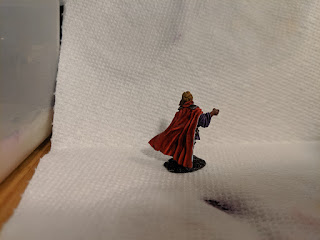 In my 17 years of this hobby I've never made a proper lightbox setup. Perhaps after another cuppa...
Labels: D&D General Hobby Reaper