I have mixed feelings about this box set. You get 52 figures for ~$35 depending where you buy. The models for cost is a bonus for me, and should be for anyone who isn't filthy stinking rich. Gotta be economical with your hobby (sometimes). WH's Waterloo book recommends two ranks of three for Line Infantry per company (stand), so this'll get you about 8 stands of Line Infantry going with that ruleset. It's noteworthy that you can do two ranks of two in Waterloo, what matters is 1. the frontage of the base and 2. your personal preference for how dense you want your units.

This is great! But let's break down the poses a little, because there's some extra that... I guess it's nice to have extra? 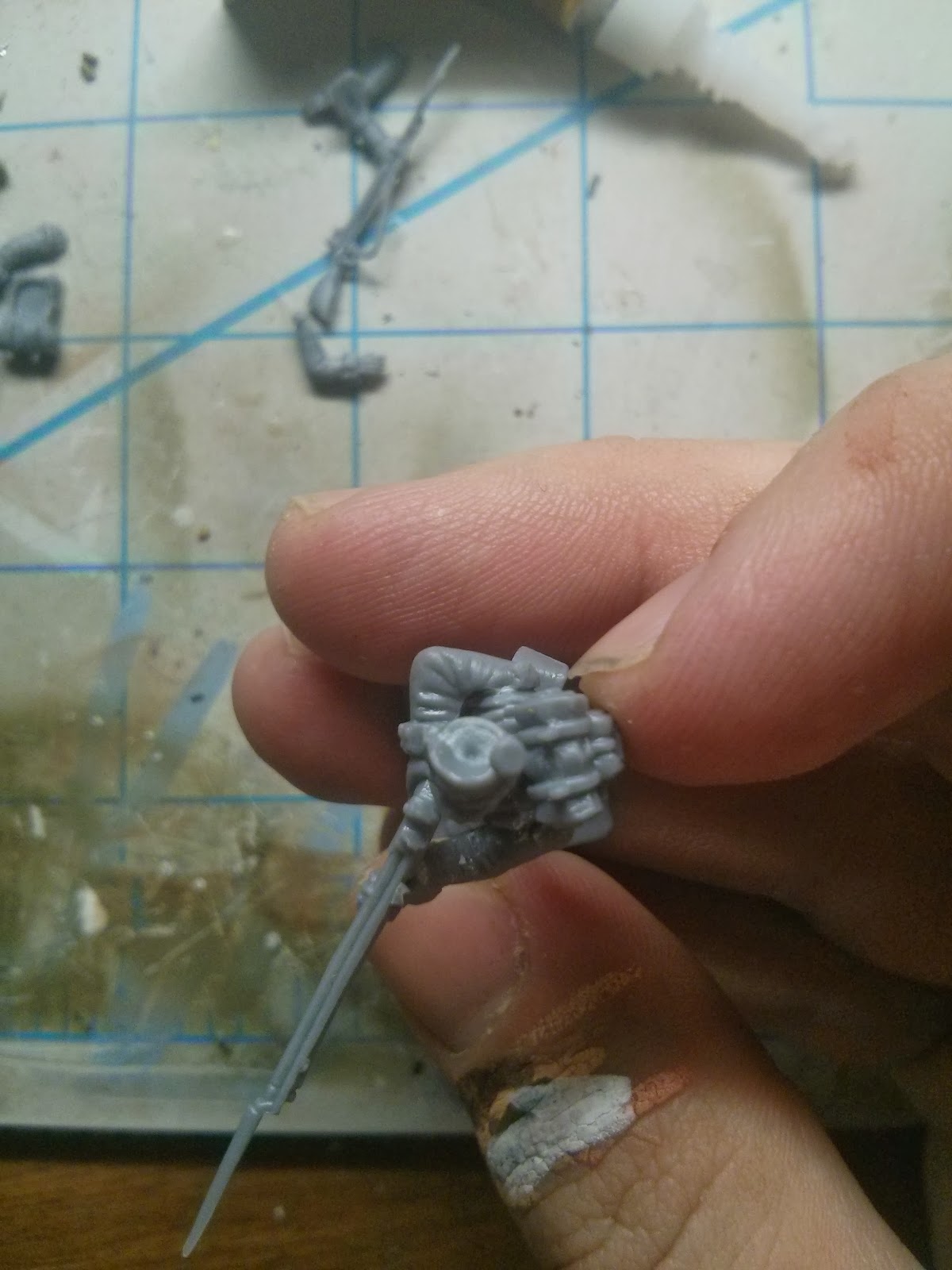 This pose is one of the cooler ones, because it's a guy leveling his gun for firing. You don't get many of these poses, and there's a lot of ones with guys moving forward, which I guess go in the rear rank? Some awkward reloading ones as well. The instruction booklet that comes in the box is not the most helpful, as it doesn't cover all the bits in the box. Since the Victrix website doesn't have the contents of one box in the Gallery as a reference, I feel a bit let down by this kit. Granted I'm still in the assembly phase, but it's still frustrating. I reckon I'll go with Perry Miniatures from now on.

If anyone has any experience with Victrix miniatures or this specific kit, please help me out if you have any tricks or tips.
Labels: British Napoleonics review the poor bloody infantry Victrix